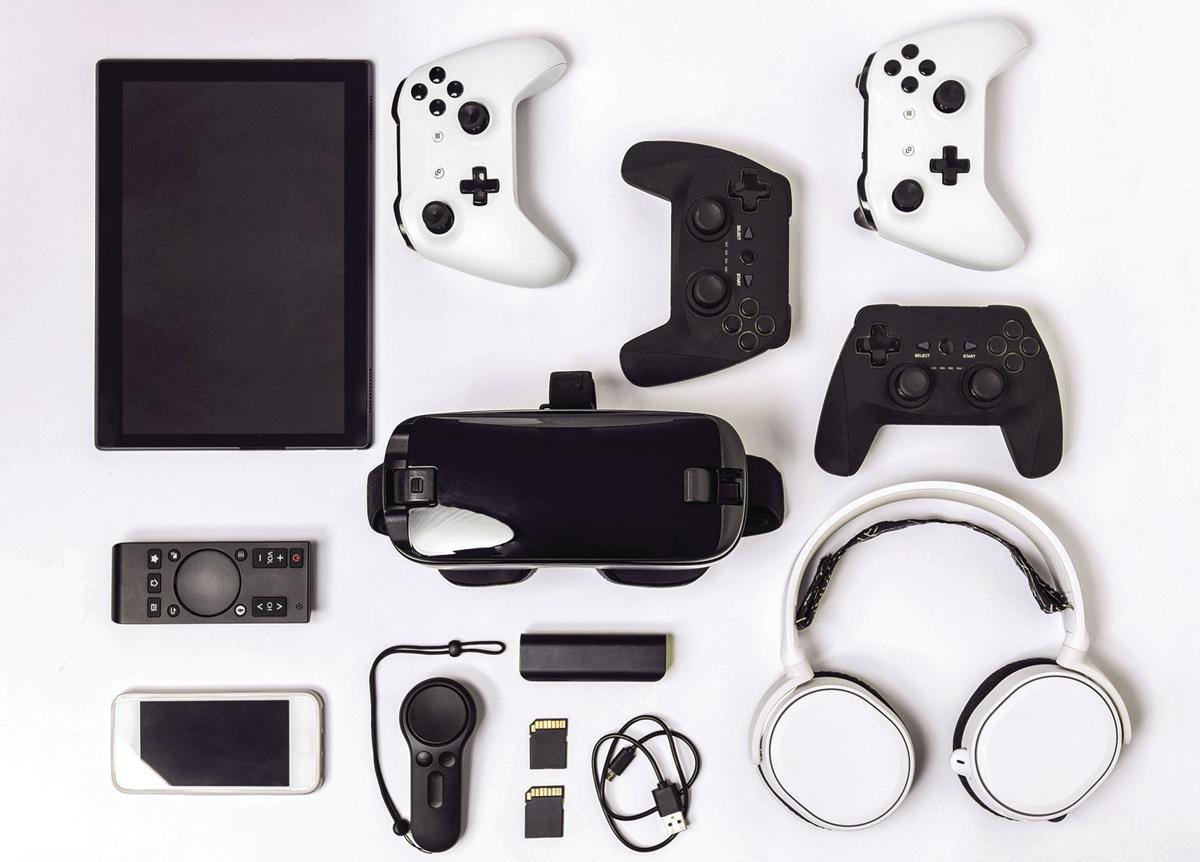 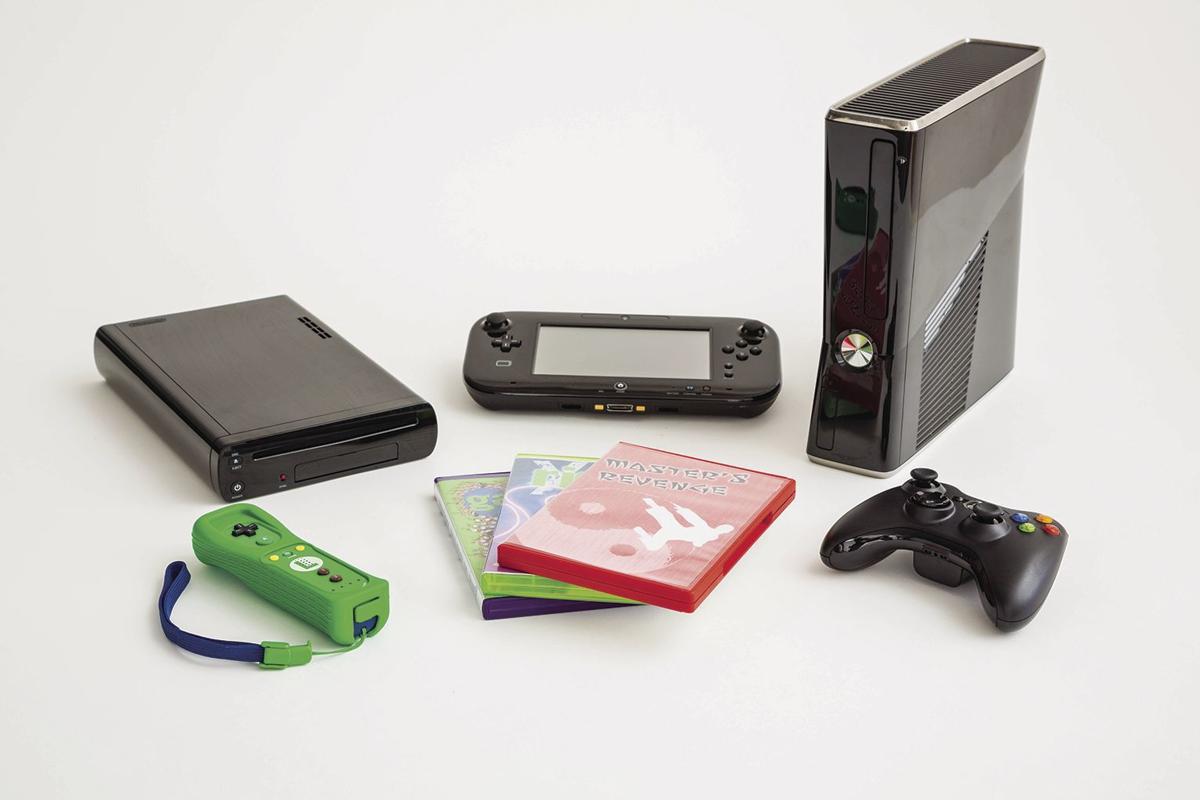 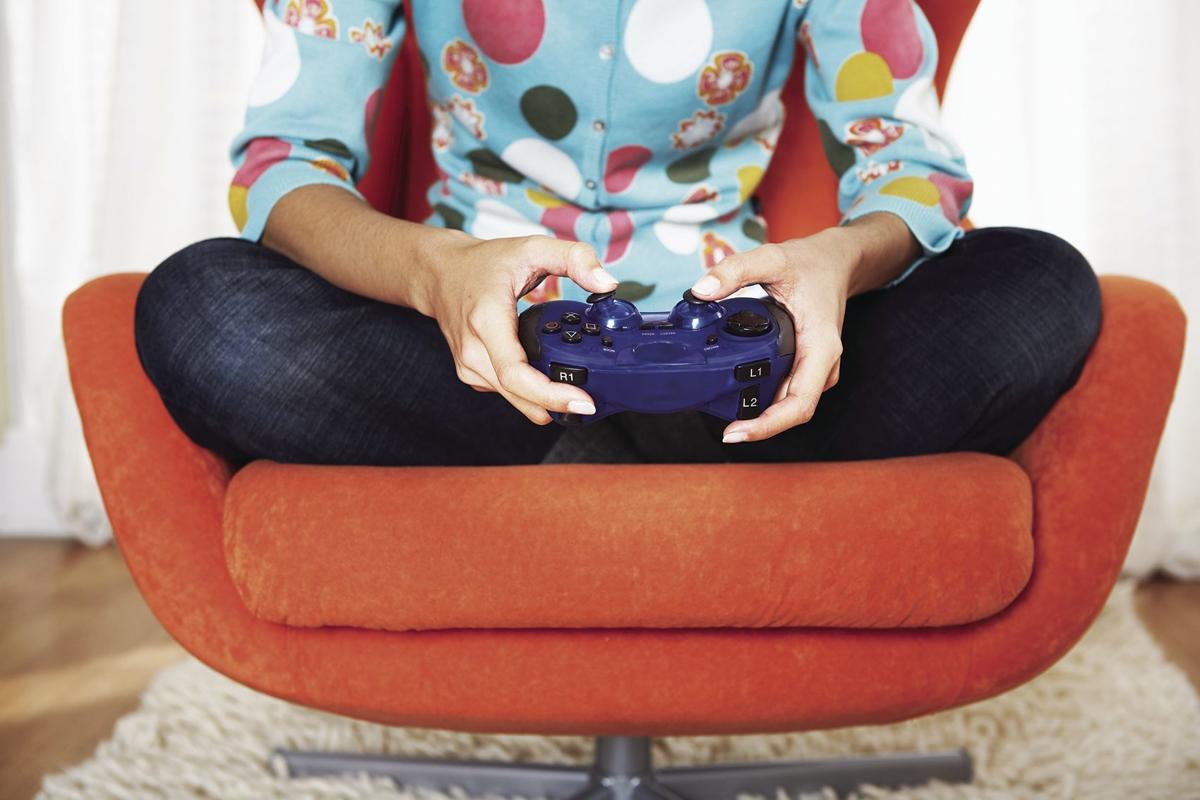 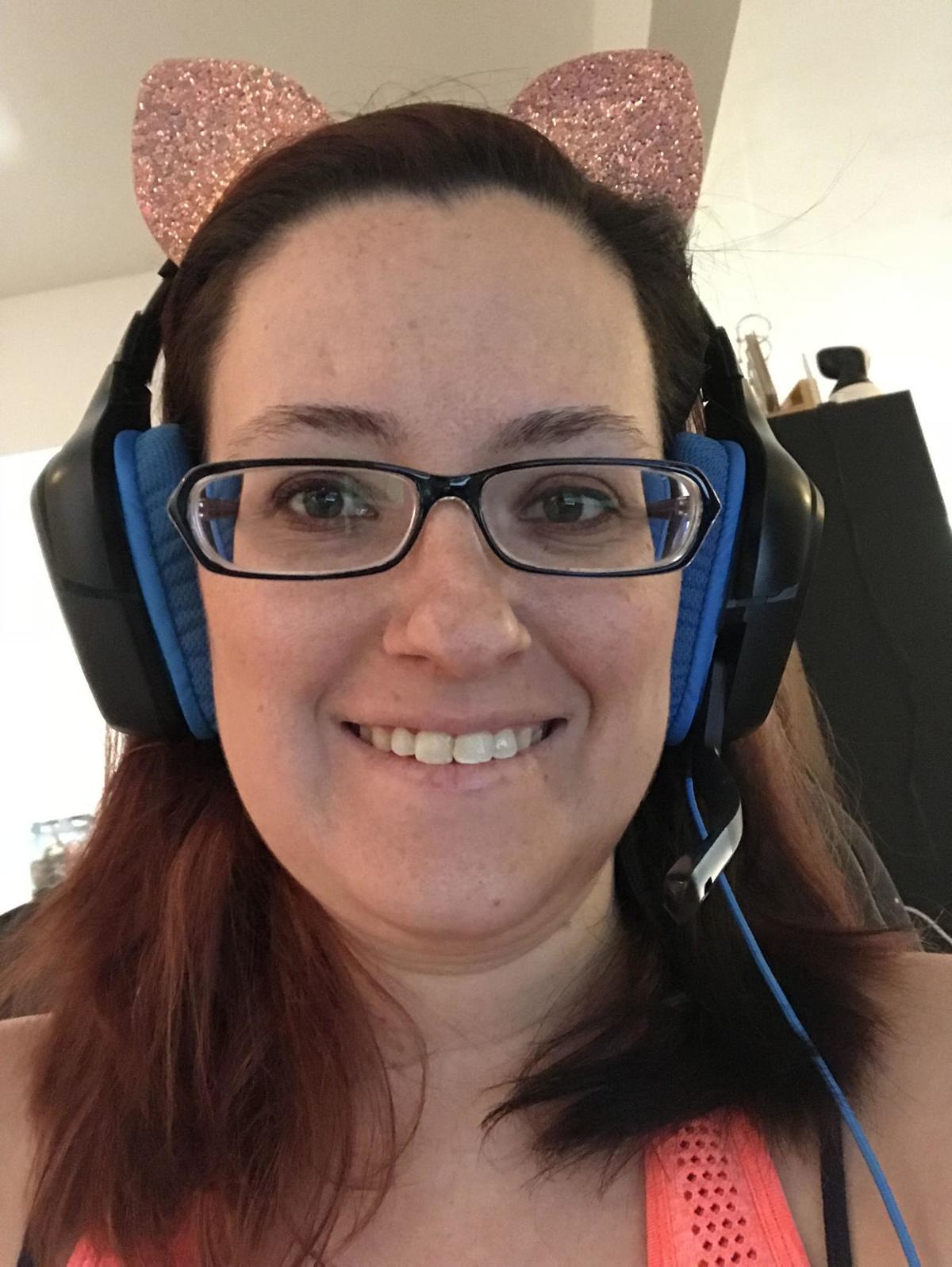 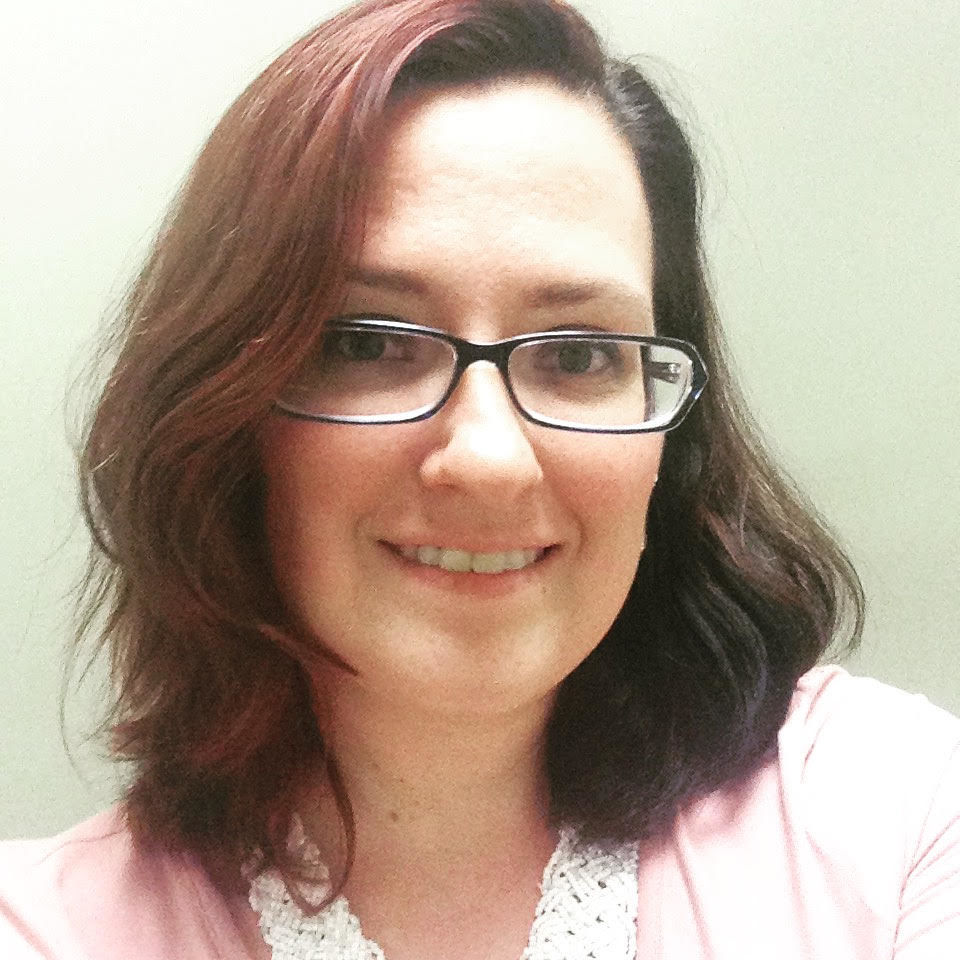 So, let me start by introducing myself.

I am a female video gamer. I started with a Nintendo back in the mid ’90s, but my interests have evolved over the years. Now, I play mostly computer games. I am not good with consoles; I just don’t have the coordination with a controller — unless it is a sidescroller like the original Mario. But I have played on consoles for Nintendo, GameBoy, PlayStation and Xbox, and have played everything from Mario to racing games, shooters to puzzles.

The first game I can remember was Super Mario on the Nintendo Entertainment System — the combination game with Duck Hunt. We even had the gun controller, which I will admit to cheating with by holding it against the TV. Still, I managed to miss the ducks, and I still can hear that dog laughing as I missed or didn’t get the high score.

Given my love of games, I started playing more and more, from Final Fantasy to Pokemon, and who could forget Tomb Raider. I enjoy games of all kinds — though I’m not all that crazy about the battle royales, when a large group of people battle until only one remains, think Fortnite or Player Unknowns Battle Grounds.

I like my games to have a story and some challenges, and not require fighting to be number one in a large group. I have played every iteration of the Sims and dove headfirst into Roller Coaster Tycoon, both of which I still play with my daughter.

That love of gaming is central to our family, as we use it to learn logic and problem solving as well as hand-eye coordination. My husband and I met through playing Dungeons and Dragons Online. So, you could say, gaming has brought a lot of good to my life. He and I still game, and the growth of the internet has helped us make friends and join communities. We now have a core group of friends we game with and have discovered more games through them.

Many gamers play alone, which is fine. I am not above going out solo if I can swing it, and there are some casual games that are great for passing the time — my current favorites are Cities:Skyline or Two Point Hospital — or screaming at your PC (looking at you Batman: Arkham Asylum).

But many games, especially online ones, really do not support the single-player model.

That brings me to the core subject of this first column: Gaming communities and their influence on players and game.

The groups go by different names — clans, crews, communities — depending on the game. You can usually tell what group someone belongs to by how their gamer tag is set up or by something specific they wear in the game — colors or clothing items — if the game allows it. When a group or clan was good at something or was considered toxic, these colors or tags would help other players identify them and run to them or avoid them. About a year ago, I was part of a group known for its fighting skills in a game. Not many wanted to cross us because of this.

I am fortunate to be part of several online communities of gamers, which has been beneficial in some of the games I play because they are cooperative. They require players to be on teams and, like group projects in school or at work, when you play cooperatively with your friends, the game play can be easier than trying to get a group of strangers to work together cohesively.

Not all players are goodhearted or friendly. I have been randomly paired with people who do nothing and end up bringing the team down. Then there are those who are just there to cause chaos or are just toxic and tend to troll others by calling them names, slurs or other vile phrases.

Being a female gamer, I have faced a lot of this toxicity as women continue to make strides for equality in gaming. I am not great by any means, but I enjoy the game play, the story, the artwork.

The landscape of gaming, in some sense, has changed.

Women are more accepted, but there still are moments of hostility toward them in gaming. Often, this happens in games marketed toward men such as car and racing games, as well as most first-person shooters, for example Call of Duty.

This skewed outlook of the role of women in gaming has come through when I broadcast my games on Twitch, a website that allows gamers to livestream what they are playing and interact with viewers in real time. Some assumed I would show more skin, or try to act sexy to get more viewers. But for me, broadcasting or even watching someone, is about connecting with others who want to know about a game before they buy or play it.

On occasion, I and those I play with have worked together with other gamer groups that have helped us and others, those who play fair and enhance game play. I have even heard of random crews in Deep Rock Galactic — a multiplayer mining game that requires players to fight bugs and meet quotas — who help others, communicate and really facilitate for new players. There is a learning curve to the game that can get complicated when the caves are randomized.

Gaming with people you enjoy makes the game run smoother. It allows you and your teammates to communicate and in some cases give each other a hard time for doing something stupid. Like when you run your pirate ship into the rocks, an island or over some barrels that explode, or fall off a cliff you didn’t see, and they have to come save you. We call it being a damsel in distress, even though the majority of our gaming group is male.

And even though we all know each other and are aware of little things we do in a game — like run into things when we drive — sometimes the universe just aligns and when you hit that island, you actually do not do any damage, or falling of that unseen cliff helps you find the pieces of the puzzle you were missing.

For example, one night I was captaining a ship in Sea of Thieves, and my crew and I just kept finding planks — wood needed to repair holes in the ship — in all the barrels around the island. Pretty sure the game went: Oh SHE is captaining, better make sure they don’t sink.

This characteristic allows you to rock forth and back on the couch. The system functions inside a comparable way in between these 2 brands only that it is named in different ways. Brandon DX Racer chairs supply 2 types of tilt components; conventional and multi-efficient which are like regular and sophisticated seat elements in AK Auto racing seats.