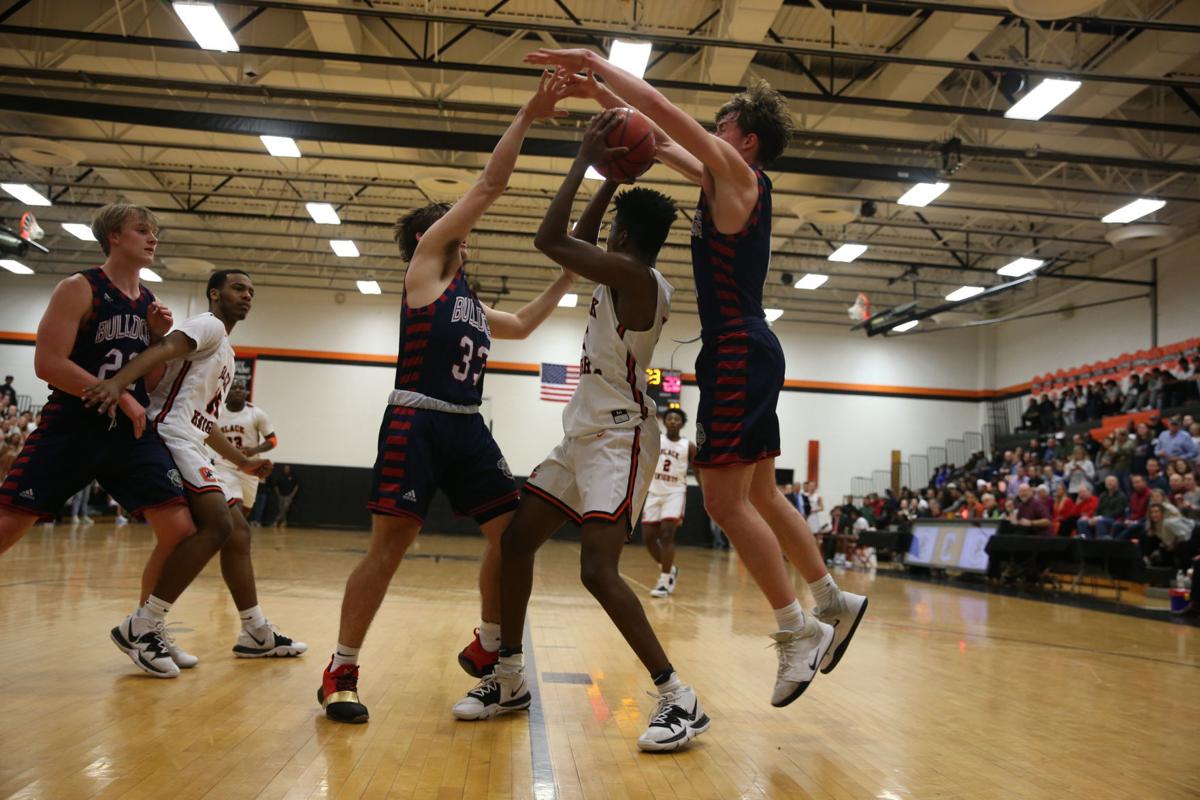 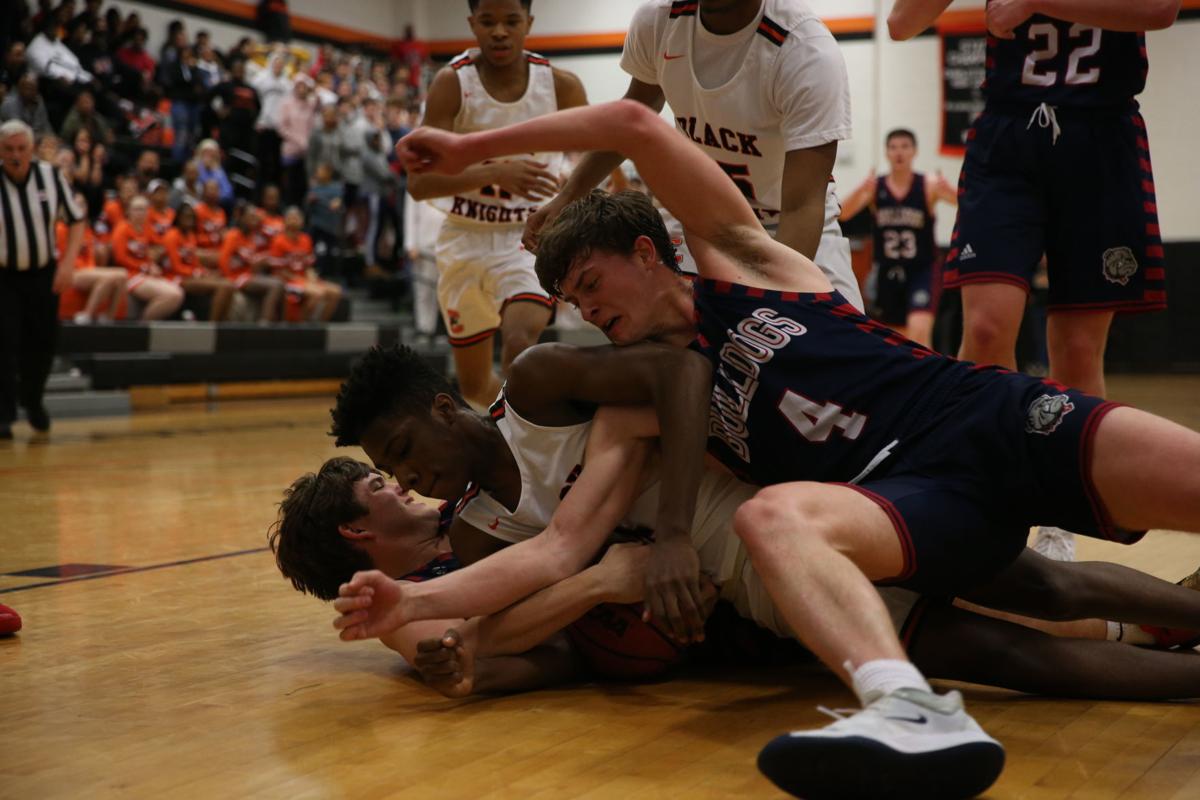 CHARLOTTESVILLE — Junior guard Haddon Smith poured in 12 of his team-high 14 points in the second quarter and Liberty Christian hung on down the stretch to clinch a state tournament berth with a 53-49 road win over top-seeded Charlottesville in the Region 3C semifinals.

It was a game of runs in the first half, with each team getting hot on the offensive end. Charlottesville (21-5) was in charge early, but LCA found its legs in the second quarter, thanks to some lights out shooting from behind the arc. Smith knocked down four treys and Rynning Bohrnstedt added another one as the Bulldogs pulled even at halftime, 31-31.

In the third, Charlottesville went back in front on Jack Bowling’s step-back 3-pointer to take a 37-34 lead. But Connor Hartless and Bohrnstedt answered with treys of their own and Jalen Leftwich added a put-back to give the Bulldogs a 47-43 lead.

Points were tough to come by in the fourth, as both teams clamped down defensively. Trailing 51-49 with 30 seconds left, Isaiah Washington ripped the ball out of an LCA player's hand and had open floor ahead of him to tie the game. The play was blown dead though as the officials awarded LCA coach Paul Redgate a timeout to prevent the turnover.

After the timeout, Smith was fouled and buried both free throws to make it a two-possession lead with 25 seconds left. Charlottesville then missed all six shot attempts as time expired.

Bohrnstedt tallied 14 points to tie Smith for top score on the night. Hartless chipped in 13 points and Jalen Leftwitch finished with eight points.

“We’ve experienced some real tough games, some great atmospheres, so I feel like it’s something we’re trained for,” Redgate said. “We spend a lot of time in the classroom going over stuff and the guys did a really good job of keeping their composure.”

LCA advances to Friday’s Region 3C championship game, where they will face Western Albemarle in Crozet. The Warriors advanced with an overtime win over Spotswood.

Redgate said his team will be ready.

In Radford, Cam Cormany scored a game-high 32 points as Radford began the defense of its Class 2 state championship with a win over Appomattox in a Region 2C quarterfinal.

Appomattox (13-9) went into the half with some momentum when Tre Lawing caught a full-length court pass and scored on a layup at the buzzer to cut the deficit to 37-29.

The Raiders were led by Tyler Gilliam’s 17 points, but the guard picked up his fifth foul with 5:12 left in the contest and watched the rest of the game from the bench.

While the Bobcats pulled away in the end, their head coach said the final score was deceiving.

“What impressed me with them [Appomattox] was that they never quit. They just kept playing and we couldn’t get away from them. The score was no indication of how close that game was,” Radford coach Rick Cormany said.

In Floyd, Dylan Bond scored 30 points and made five 3-pointers as the Buffaloes pulled away in the second half to defeat Gretna in the Region 2C quarterfinals.

Tony King and Devonte Blair each scored 12 points for the Hawks (15-7).

In Cumberland, Javion Marion scored a game-high 17 points and Cumberland used a big third-quarter run to take control of a back-and-forth contest and claim a Region 1B quarterfinal victory over Altavista.

Cumberland, though, led by double digits for most of the fourth quarter.

In Richmond, Curtis Blair scored 27, Efton Reid added 24, and No. 5 seed Steward edged VES in the first round of the VISAA Division II tournament.

In Gretna, Ty’Nasia Witcher scored a game-high 23 points and Gretna took advantage of its 50 trips to the free-throw line to defeat Patrick County in the Region 2C quarterfinals.

In Martinsville, Bulldogs junior Leighton Jamison converted on a contested layup with 0.2 seconds remaining to lift Martinsville to a thrilling victory over Nelson in the Region 2C quarterfinals at Martinsville Middle School.

Nelson's Hailea White led all scorers with 15 points and had two of the Governors' four 3-pointers.

In Ridgeway, Magna Vista used a dominating third quarter to pull away and defeat Staunton River in the Region 3D quarterfinals.

Kenadi Knight scored 12 points to lead three players in double figures as Holy Cross got going offensively in the fourth quarter to defeat Brunswick Academy in the first round of the VISAA Division III tournament.

The Gaels (17-9), the No. 6 seed in the tournament, scored 20 fourth-quarter points after struggling from the field through the opening 24 minutes.

Holy Cross travels to face No. 3 seed Richmond Christian at 6 p.m. today in the quarterfinal round.

Alyssa Rivas led all scorers with 15 points and Paige Jennings added 12 for the Vikings (16-12).