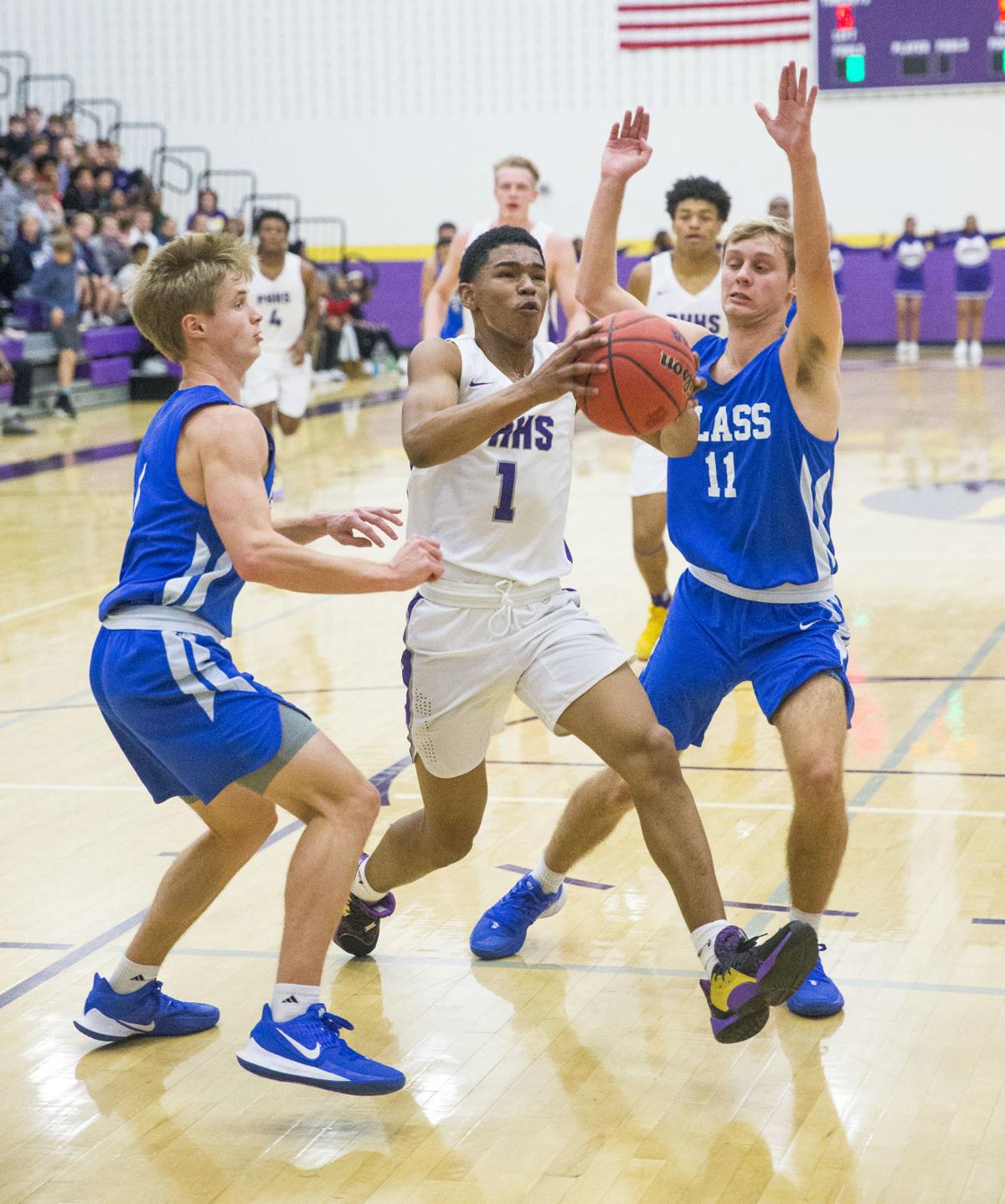 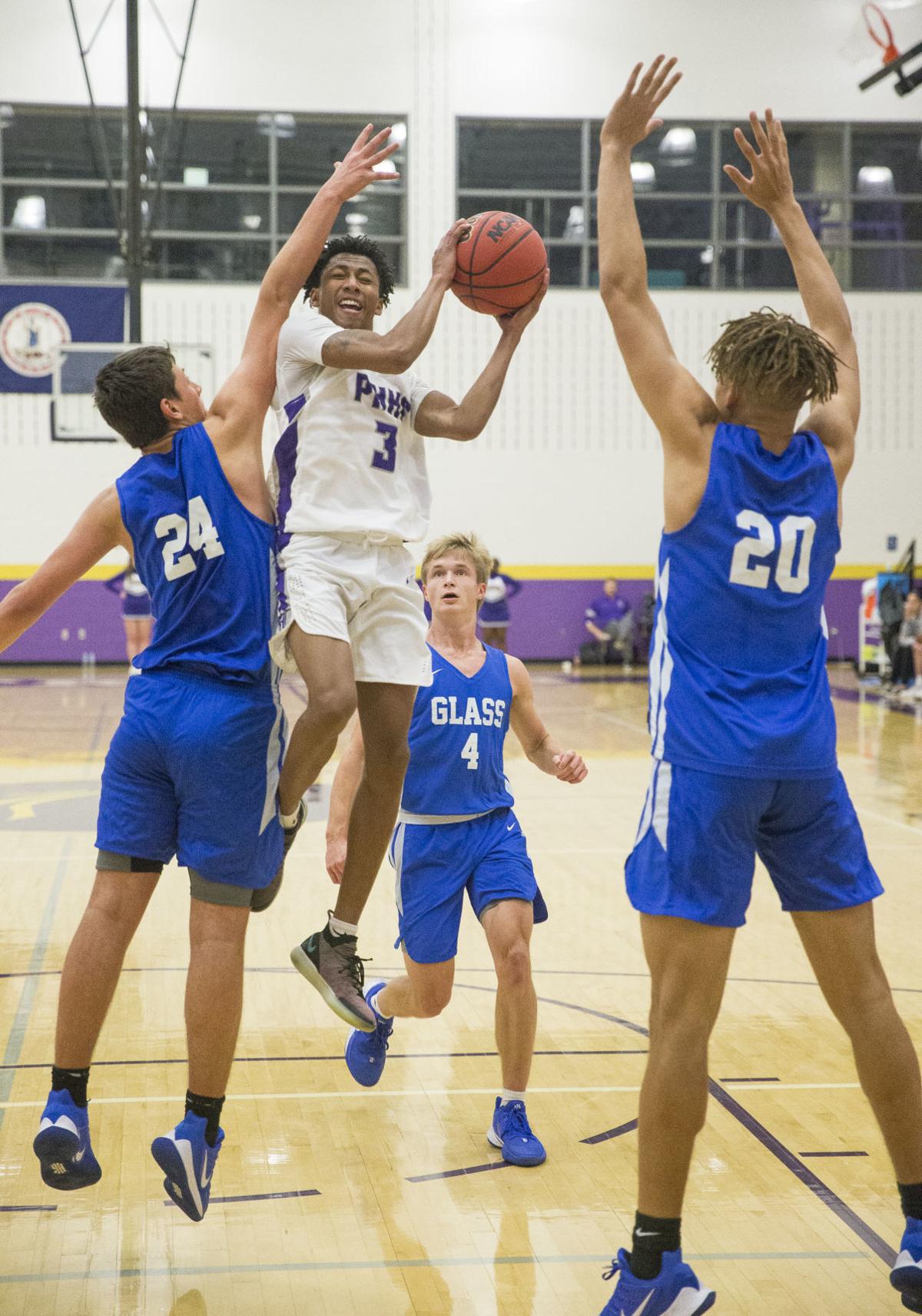 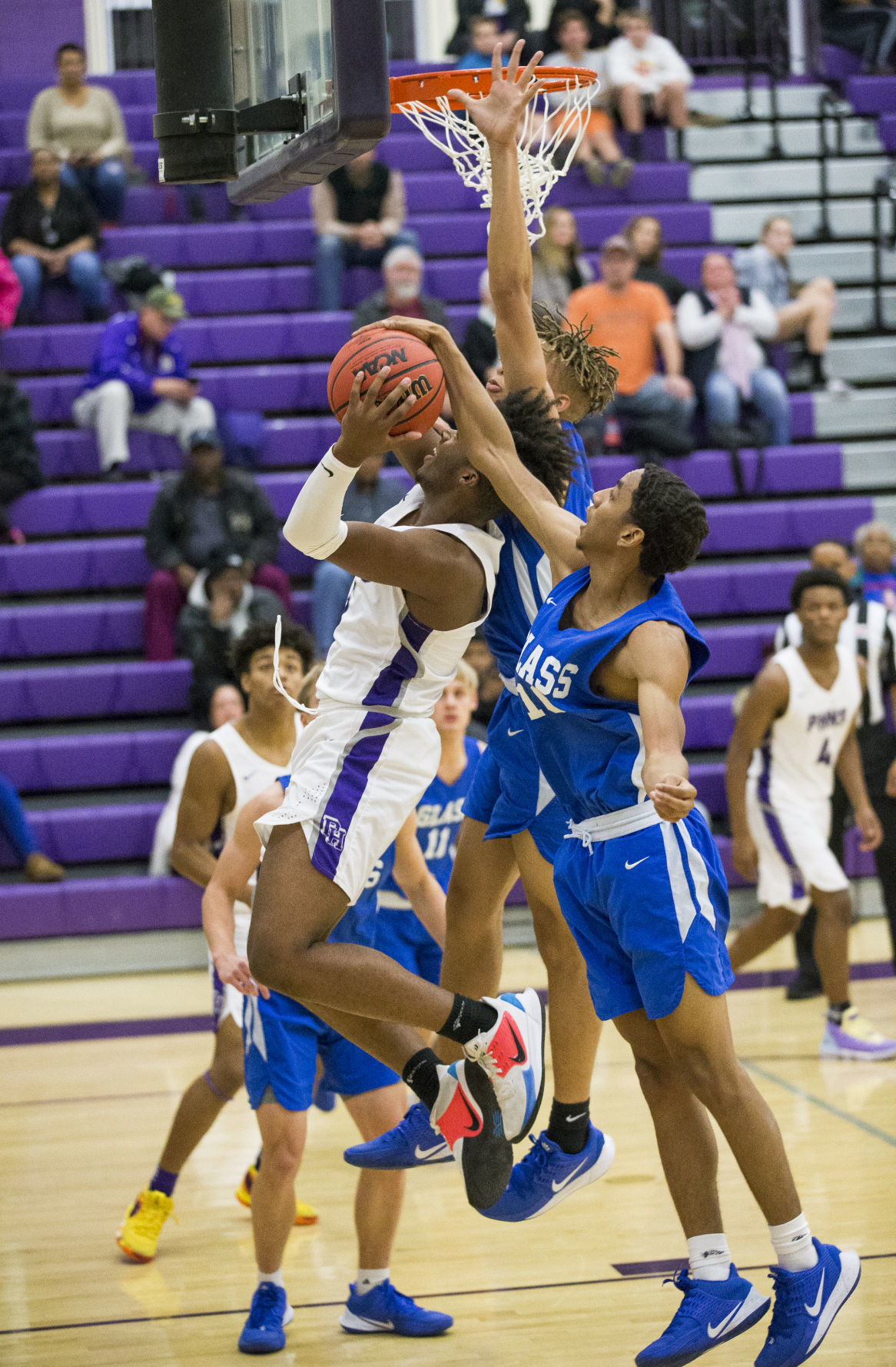 When Esworthy scanned the scorebook following the Patriots’ game against visiting E.C. Glass, he liked two things that he saw:

Balanced scoring and a season-opening victory.

Jamonte Smith scored 16 points in his first game in a PH uniform as the Patriots pulled away late in the fourth quarter for a 69-58 win over the Hilltoppers.

Patrick Henry led 50-48 before Smith hit sophomore Ford Beasley for a bucket and added a layup off a steal by Jalen Cook.

Smith added another assist to Mitch Burns for a 60-52 lead with three minutes to play.

The transfer from Roanoke Catholic hit three free throws in the final minute to ice the game.

“At the end, it was nice having Jamonte Smith,” Esworthy said. “He was the best kid on the court. He’s just a big-time player at the end.”

After Glass went up 34-33 on two free throws by Reashawn Spaulding — the Hilltoppers’ only lead of the game — center Brian Hunt blocked a shot by Cook out of bounds.

However, Cook was hit with a technical foul for taunting.

Smith made one of the technical free throws and Palmer added two more as PH took the lead for good at 36-34.

Moreover, Glass coach D.J. Best benched Hunt — the Hilltoppers’ only rim protector — for the rest of the game.

“It turned out to be big. It’s a tough lesson. It’s one I’d rather learn today than four weeks from today.”

Spaulding led Glass — which played without the services of at least three regulars who finished the football season on Friday — with 16 points. Guard Savion Austin added 12.

While Esworthy was pleased with the balance, he was not happy with a mid-game stretch that saw Glass turn a 25-17 deficit into a 34-33 lead with 5:51 left in the third quarter.

On the heels of an impressive effort in a scrimmage last week against Northside, the PH coach aired his grievances in a postgame locker room session.

“I don’t know, opening night, we just weren’t locked in,” Esworthy said. “I could tell. My coaches could tell. We went out and played really lackadaisical. We got outworked. We gave them confidence.”