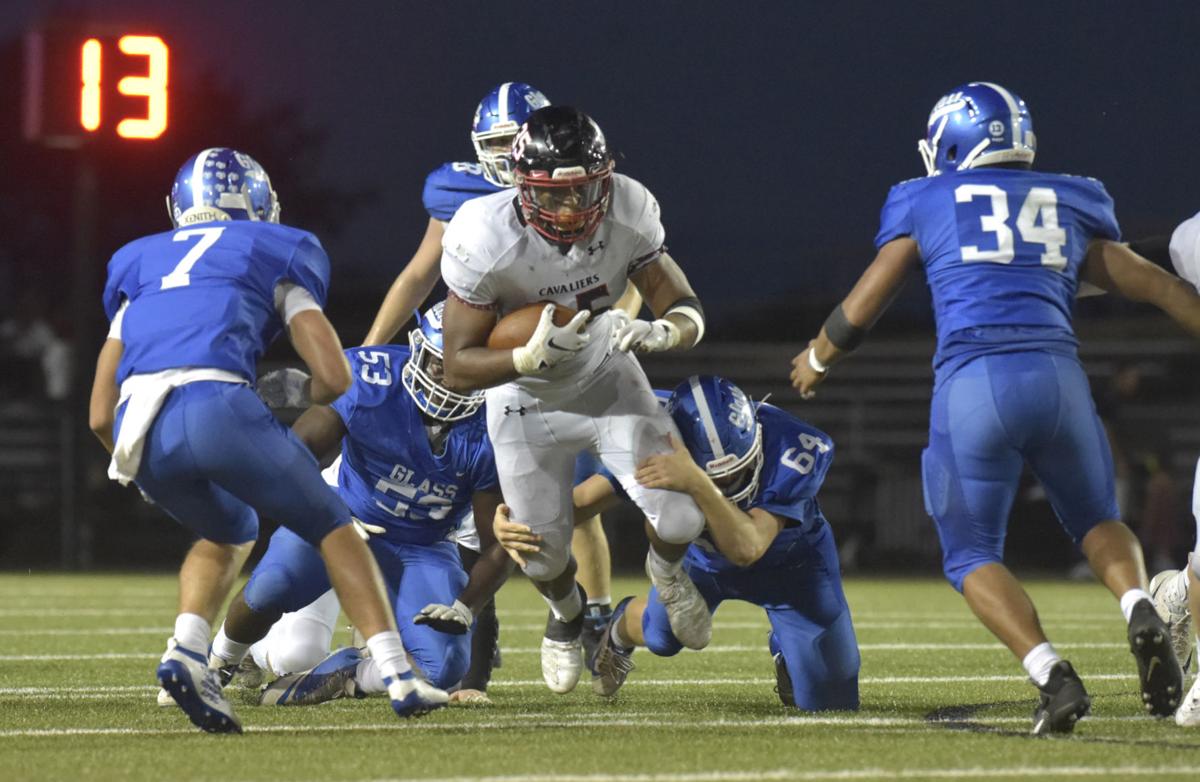 Jefferson Forest running back Keenan Cupit tries to fight through the E.C. Glass defense at City Stadium in Lynchburg on September 20, 2019. 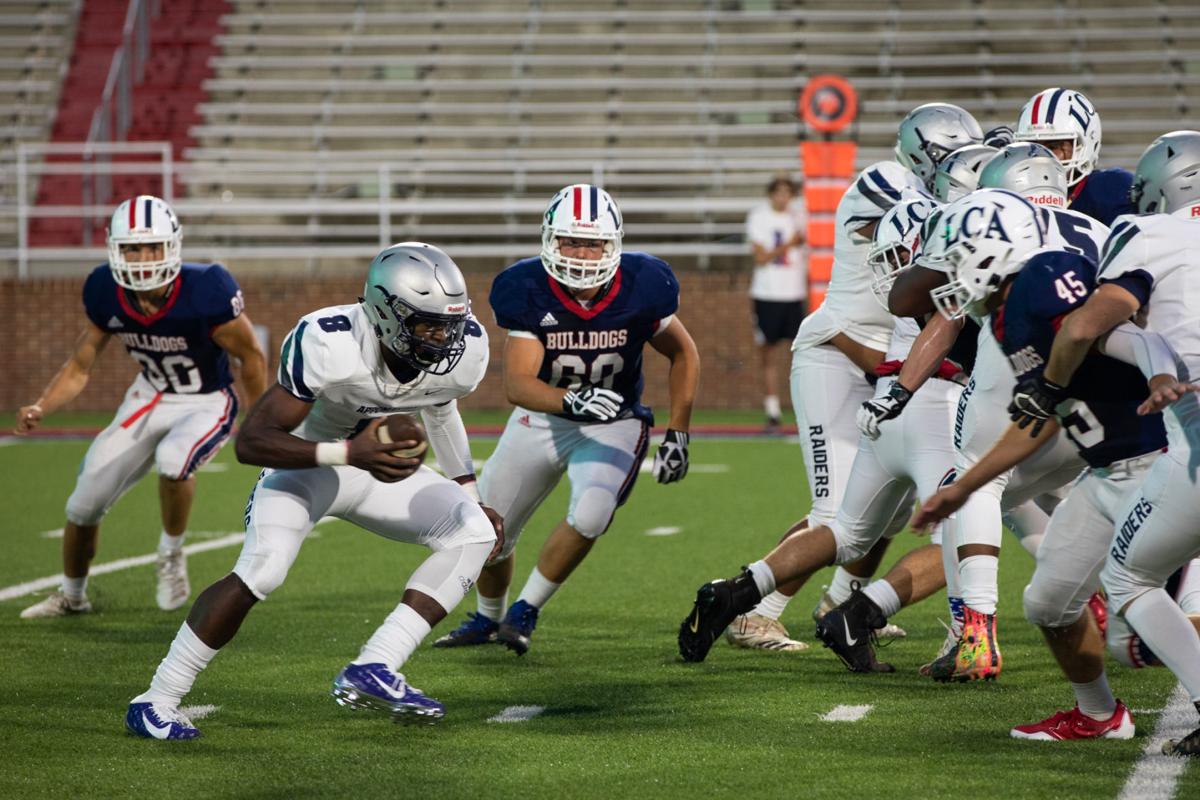 Jefferson Forest running back Keenan Cupit tries to fight through the E.C. Glass defense at City Stadium in Lynchburg on September 20, 2019.

Jefferson Forest turned to its ground game against Halifax last week, showcasing another powerful part of its offense for the first time this season.

So Liberty Christian, today’s opponent for a 7 p.m. game at Sabre Stadium, enters knowing while this one could very well turn into an aerial attack, priority No. 1 is stopping JF’s run game.

“That’s where it starts,” Bulldogs coach Frank Rocco said. “But once you stop the run, they’re extremely formidable in the passing game. So [we have to] stay one step ahead of them and use everything we’ve got in the tool box.”

But Jefferson Forest (2-2) also could have its hands full. LCA (3-1) has ripped off three straight victories, is fresh coming off its bye and is averaging 32.3 points per game since its opening-night loss to Magna Vista.

Forest has showcased mostly its passing game in 2019 behind quarterback Blake Riddlebarger and a talented receiving corps led by Danteas Braxton. Riddlebarger’s strong arm has produced 620 yards and seven touchdowns through the air. He’s completed 35 of 58 passes. Braxton has 11 catches for 392 yards, good for a hair-raising 35.6 yards per reception, and five TDs.

Those two players should keep LCA busy tonight, but the Bulldogs also have to clamp down on Keenan Cupit, who busted loose for 212 yards last week and now has 500 rushing yards this season.

Rocco said Thursday that Cupit may be the best running back in the Seminole District. But LCA’s big, strong defensive line should prove a test for the JF senior, who will have to navigate through players like senior nose guard Trevor Hatcher, a 290-pound lineman also serves as LCA’s center.

“In order to win football games, I feel like we have to run the football,” White said.

“When you run the football, you control the clock. So it’s very important.”

As vital as establishing the run is, the bulk of LCA’s offense goes through quarterback Josh Nelson, who has thrown for 583 yards and seven touchdowns. Nelson has completed 48 of 80 passes and possesses one of the area’s strongest arms.

“He continues to improve week in and week out,” Rocco said of Nelson.

Nelson has one of the area’s best receiving targets, too, in Tyler Rose (19 catches for 234 yards and four TDs). Will Wycoff is also a threat for the Bulldogs with 189 receiving yards.

“I can see the passing game becoming something that’s integral to either team,” Rocco added.

LCA, the coach added, is progressing, as evidenced by its three straight wins.

“I think the kids are feeling pretty confident,” Rocco said.

Tonight’s game marks the third time JF and LCA will meet in a regular-season football game since LCA began playing a full public-school slate in 2017.

Both meetings have been high scoring affairs. In 2017, JF earned a 49-21 victory. And last year the two schools combined for 125 points in a game, tied for 10th in the VHSL record book for most total points produced in a single game.

Now a senior-laden Forest squad looks for its third straight victory in the series. But the Bulldogs will be salivating for a victory over the Cavaliers, which would help solidify LCA’s spot in the upper echelon of the Seminole.

“We scored in the upper 40s and still lost,” Rocco said of last year’s game. “That’s not a place we want to be, for sure.

“I think and hope this game is a little more conventional.”