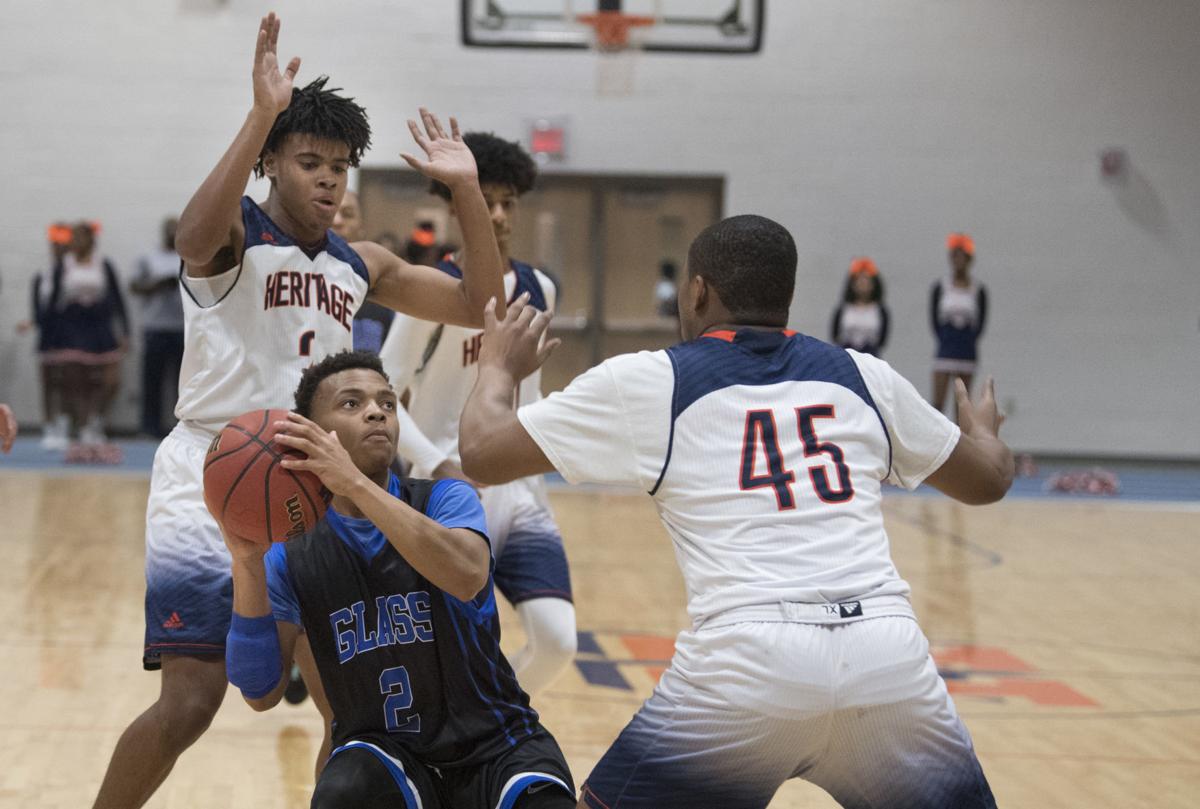 E.C.Glass guard Savion Austin is surrounded by Pioneers defenders under the basket on Feb. 3, 2020. 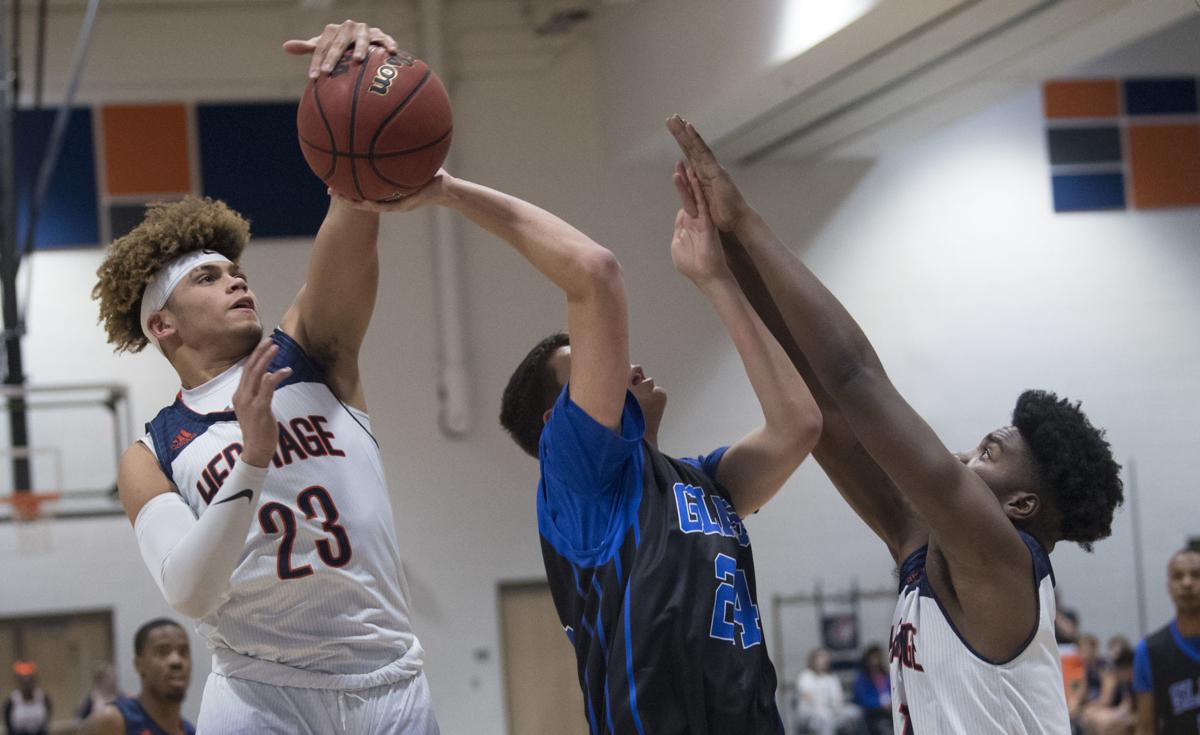 E.C.Glass guard Savion Austin is surrounded by Pioneers defenders under the basket on Feb. 3, 2020.

Just before he joined his team on the bus for the short trek back across town, the Hilltoppers’ leader acknowledged there were mistakes. His group committed costly turnovers, and it left the door open for the home team time after time in the waning minutes of the Seminole District rivalry. They missed free throws and left shooters open.

But E.C. Glass, after Round 2 of the city’s most highly anticipated matchup, still could smile in the aftermath of the contest. After 37 minutes of play, the Hilltoppers had secured revenge, knocking off Heritage 63-57 in overtime in the Pioneers’ field house.

The Hilltoppers fell in the teams’ first matchup of the regular season, a low-scoring, 40-36 affair, but in Monday’s game, they did just enough to pull off the victory.

Glass missed 7 of 12 free throws in the extra period, giving Heritage plenty of opportunities to tie it or even pull ahead. For more than four of the five minutes in overtime, Heritage trailed by just one possession.

But the Hilltoppers (13-6, 9-3 Seminole District) made the shots they needed to in the final seconds, going 3 of 4 from the field, including a layup from Jovan Quinones — that accounted for his only points of the game — after a rebound and long pass down the court for his wide-open shot that sealed it with 30 seconds left.

Heritage took seven shots, including four relatively open 3s, but couldn’t get any of them to fall through the basket. The Hilltoppers were “lucky,” the Glass coach said.

“They were playing really good defense,” Heritage coach Les Camm said. “We had a couple situations where we wanted to get to the rim. We took a couple of 3s that probably we shouldn’t have, but some of those 3s are wide open. You make one of those, you say, ‘Hey, that’s a great shot.’ You miss one, you say, ‘Hey, maybe we should’ve gone to the cup and got to the free-throw line.’”

Before they went to overtime, Jacobi Lambert salvaged what could have been a disappointing end for the Pioneers (9-9, 8-4) when he drove into the lane and made an easy layup with 50 seconds left in regulation to tie it at 52-all. Graham’s 3-pointer with eight seconds left clanked off the rim for Glass.

Lambert, who finished with a game-high 22 points, did most of his damage in the first three quarters, staking his team to a lead it held for the majority of the game.

But after scoring 20 of those points in the first 24 minutes, he went just 1 of 4 from the field.

“After the third quarter, the fourth quarter, they really started to deny me the ball and double-team me once I got past midcourt. I couldn’t really get to the ball the way I wanted to. I wanted the ball in my hands,” he said, “but it just didn’t go that way.”

For Glass, Graham and fellow senior guard Savion Austin did nearly all the damage. They finished with 19 points apiece.

Austin came up with three key free throws in the final minutes of regulation, including two after Heritage’s Bre’Andre Horsley picked up a technical foul.

The Pioneers, who’d just given up a lead they’d held for more than 14 minutes, answered with a big bucket right underneath the basket by Horsley, who also picked up the foul on the play. The lead went back to HHS, but excessive celebration led to the technical foul and Austin’s free throws.

“It’s just an unfortunate situation,” Camm said. “Hopefully we will learn from it in the future, though.”

Ahead of Austin’s work at the line in the last minute or so of the last quarter, the ’Toppers pulled ahead on Hugh Wood’s 3 with about four minutes left in regulation.

“He’s a great shooter,” Best said of Wood, “and he walked into and trusted himself, and we kind of fed off of that from there.”

Neither team led by more than seven points Monday.

“We both just came out to play,” Lambert said.

“I feel like [Glass has] really been playing well, and we feel like we played well tonight,” he said. “Even though we didn’t come out with the victory, it was good to see the guys come out and play hard and play well and play for each other.”

The Hilltoppers, meanwhile, upped their win streak to four games.