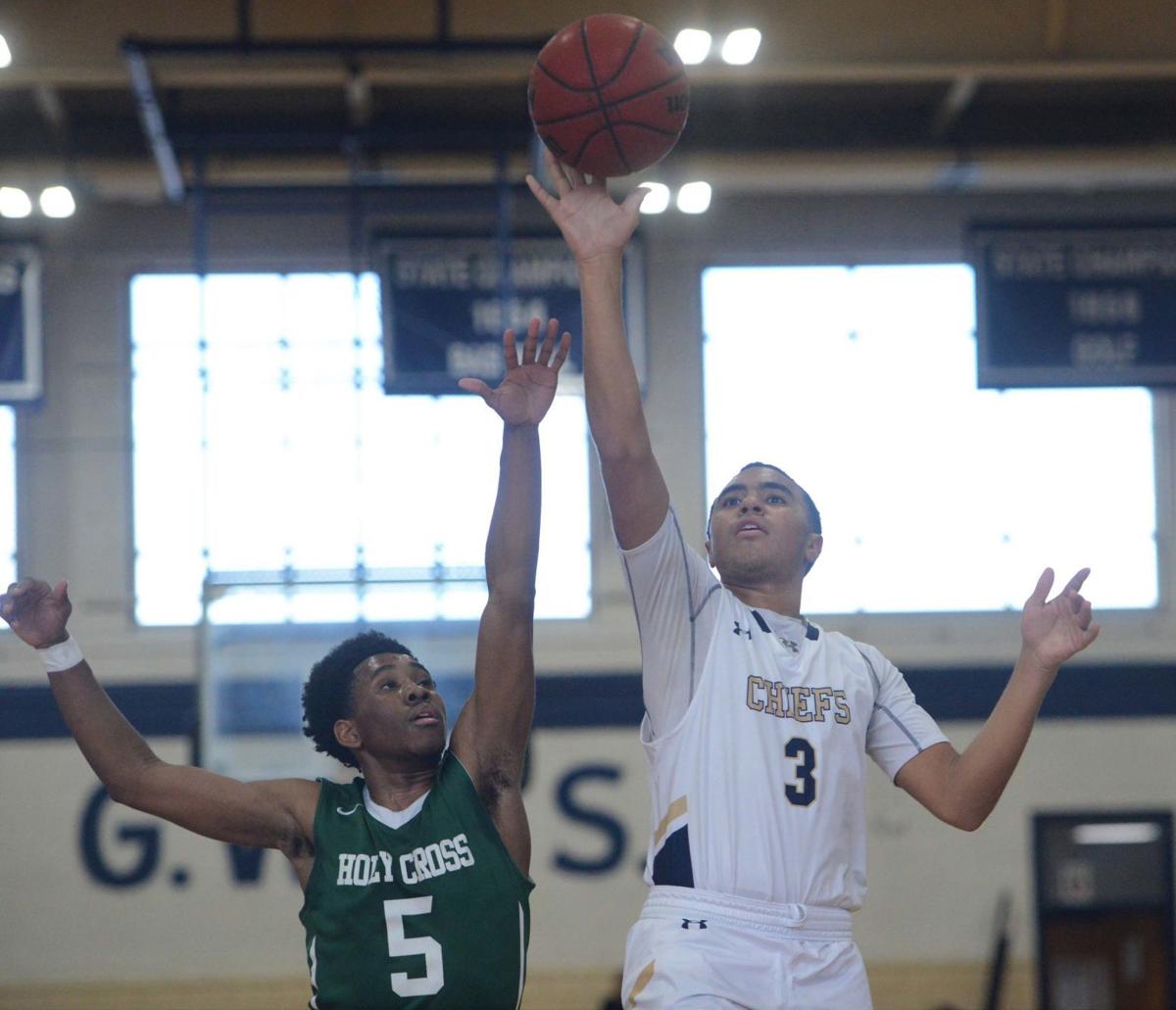 Carlisle junior guard Kevin Stuart shoots a floater in the lane against the defense of Holy Cross freshman Zach Smith during Saturday's game at the Harry Johnson Holiday Classic. 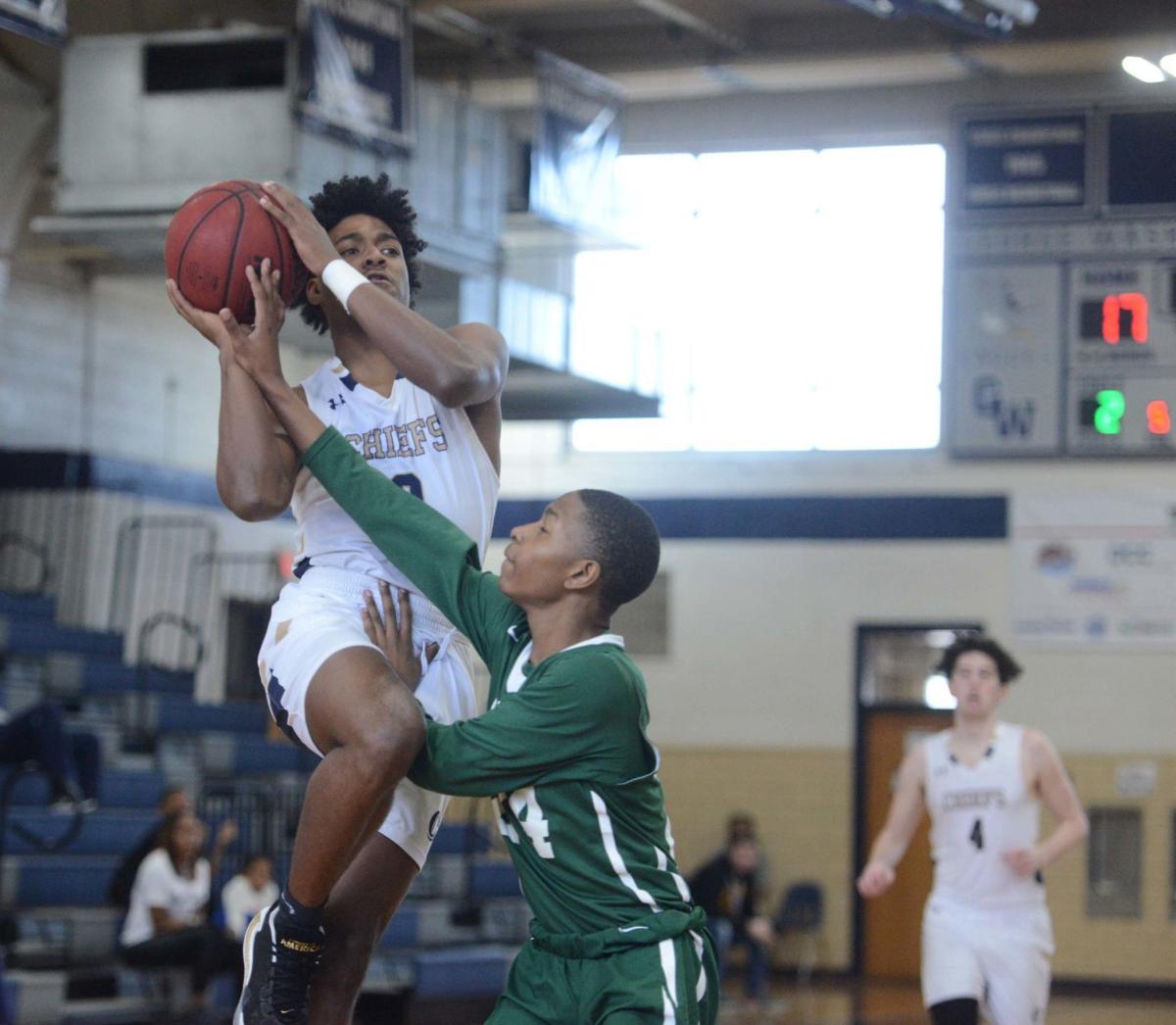 Carlisle junior guard Kevin Stuart shoots a floater in the lane against the defense of Holy Cross freshman Zach Smith during Saturday's game at the Harry Johnson Holiday Classic.

Six players scored nine or more points for the Chiefs for a well-rounded offensive effort that paired well with a strong defensive showing.

After allowing Westover Christian Academy to make a mini-comeback in the final quarter of Friday’s game, the Chiefs didn’t allow any such momentum to the Gaels on Saturday. Carlisle scored 18 or more points in each of the four quarters to ensure the game stayed in its control.

Nick Gravely of Holy Cross led all scorers with 23 points, but none of his teammates scored more than seven.

Parker Cotton is a sports reporter at the Martinsville Bulletin and Danville Register & Bee. You can reach him at (276) 638-8801 ext. 215. Follow @ByParkerCotton.