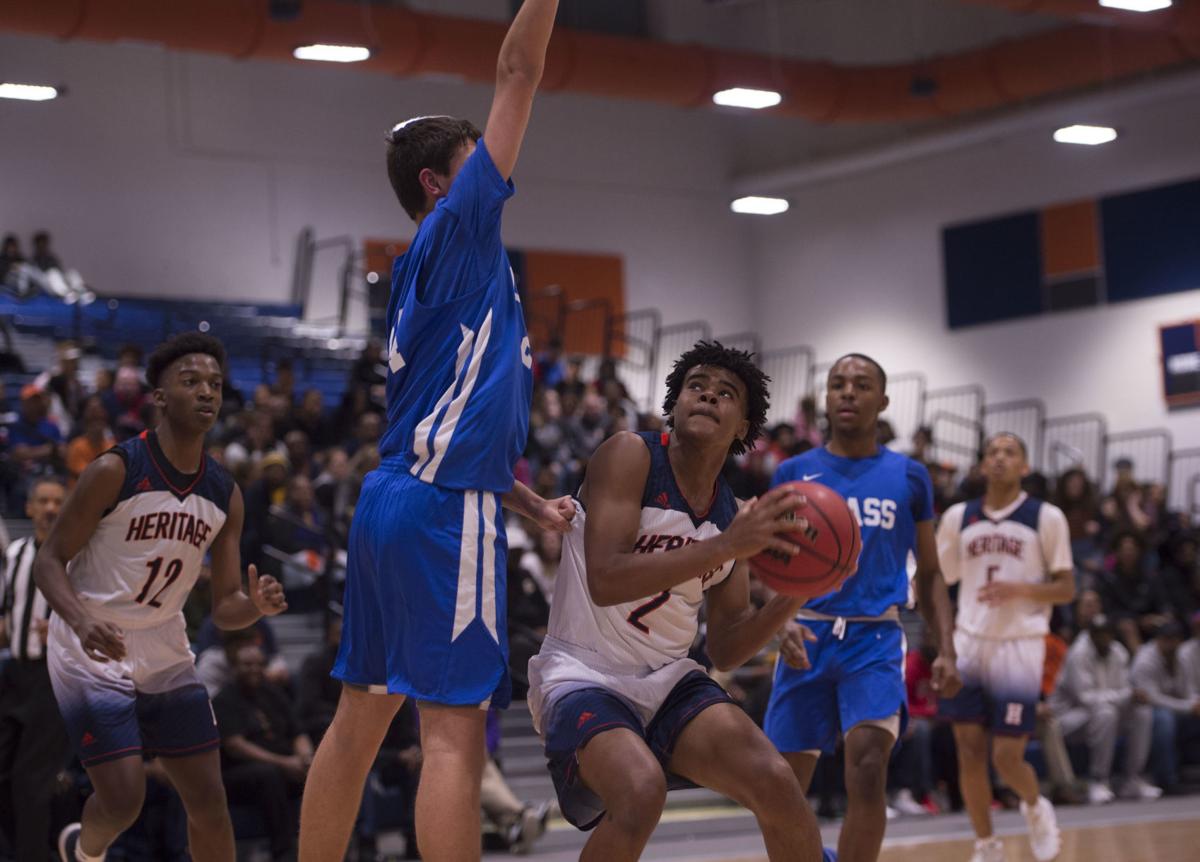 Heritage's Brandon Tweedy attempts to shoot during the game between EC Glass and Heritage at Heritage High School on November 30, 2018. (Photo by Taylor Irby/The News & Advance) 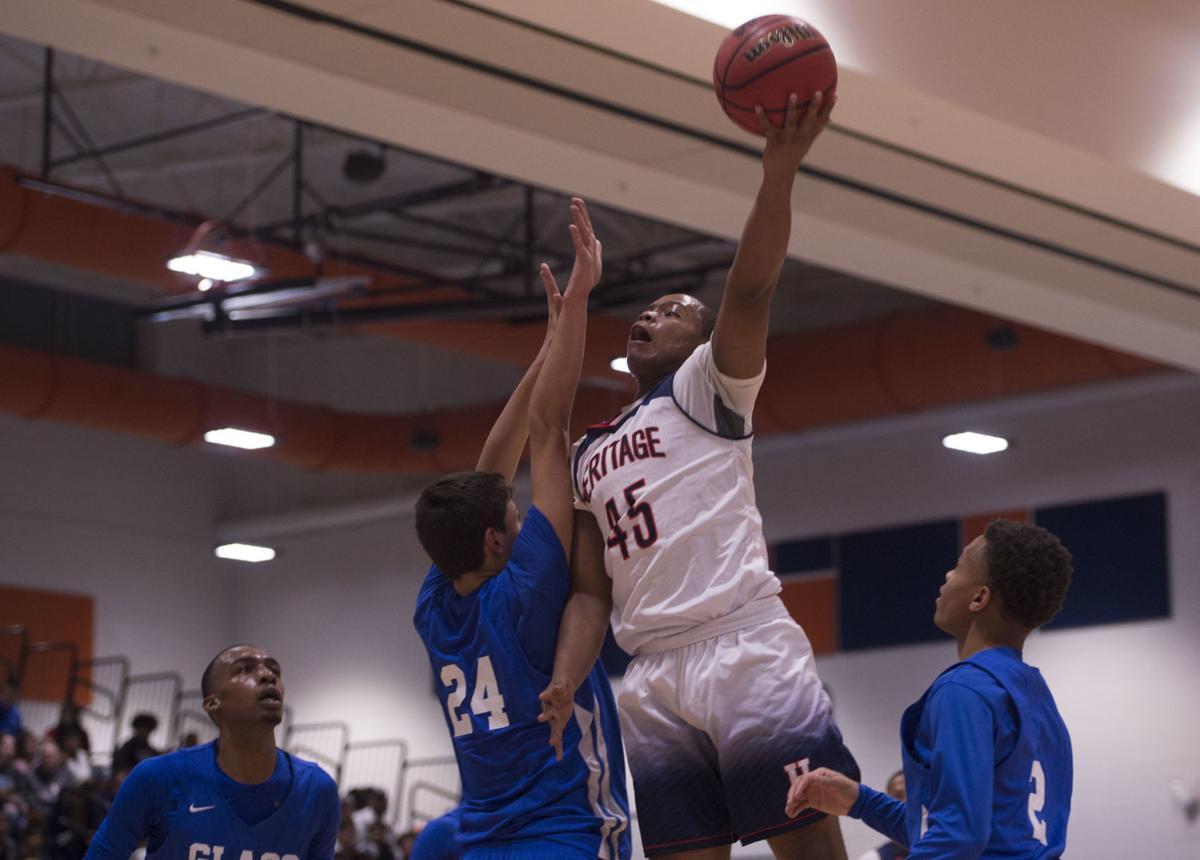 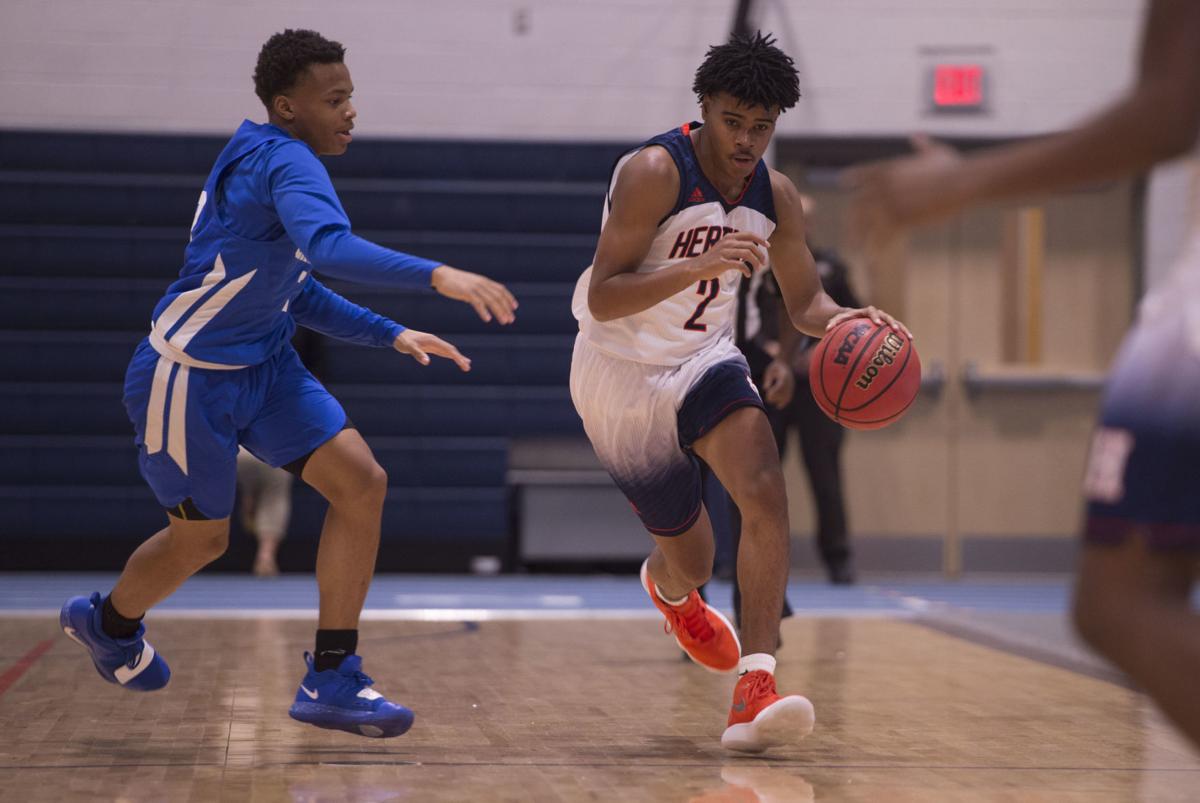 Heritage's Brandon Tweedy attempts to shoot during the game between EC Glass and Heritage at Heritage High School on November 30, 2018. (Photo by Taylor Irby/The News & Advance)

Now the Pioneers hope to start the new decade of the longstanding rivalry in thrilling fashion: by defeating E.C. Glass in the hostile confines of midtown’s McCue Gymnasium.

That’s easier said than done, but Heritage wants to use tonight’s game, which tips off at 7 p.m., as fuel for future contests.

“Glass, they’re one of the top teams, record-wise,” Pioneers junior Jacobi Lambert said. “So if we beat Glass, it will show other opponents we can compete, too, because they’re kind of counting us out right now.”

Heritage (4-5), which has won all but two meetings with the Hilltoppers dating back to the 2016-17 season, has gotten off to a somewhat rocky start in the current campaign.

The Pioneers lost three of their first four games, hampered by a limited lineup that featured only seven players (a handful of athletes hadn’t yet joined the team because they were helping guide the school on a lengthy postseason football run). HHS also heads to McCue having dropped two of its past three games by double digits.

But this Pioneers squad is developing still. Six football players have joined the team in recent weeks, including 6-foot-3 power forward Bre’Andre Horsley, who gives the squad a solid post presence. And with play in the Seminole District about to kick into high gear, HHS is focused on overcoming the errors that have led to early season losses, like turnovers, missed free throws and failing to locate and then adequately defend players who represent a scoring threat.

“We’ve got to find our rhythm,” senior guard/forward Deshad Gillis said. “We find that, we’ll be good.”

Gillis, one of Heritage’s best defenders known for his hustle, also typically scores in double digits and is one of his team’s top rebounders.

Lambert, emerging from a sophomore campaign in which he averaged 19 points and nine rebounds per game, has stepped up his game. He’s becoming more versatile as a junior, incorporating more moves into his repertoire and becoming more consistent from 3-point range. He enters this game averaging 20 points and six rebounds.

Glass will look to clamp down on Lambert tonight. Hilltoppers coach DJ Best praised the HHS junior over the weekend.

“Love that kid,” Best said. “I love his work ethic and the way he continues to work on his game, his craft.”

One way to tell if Heritage is playing well on any given night is this: the squad shares the ball, racking up assists by pushing passes around the perimeter and into the lane with speed and accuracy.

“When we work together and pass and shoot, that opens up the floor for everybody,” Lambert said. “Then you’ve got lanes to drive, you’ve got and-1 buckets, and the next thing you know we’re up by 20.”

“He does everything for us,” Heritage coach Les Camm said. “We’ll need him to play well against Glass’ pressure.”

Succeeding against Glass’ pressure defense is key for HHS tonight. The staple D in Hilltopper Country comes in the form of a full- or half-court press and is filled with two-man traps at various points on the court.

“That’s what they’re known for,” Lambert said. “We’ve got to watch out for that.”

Heritage won at E.C. Glass in both 2017 and 2018, despite the clamorous atmosphere in what has been dubbed The McCue Zoo because of the Hilltoppers’ rowdy fans. Glass defended its home last year, earning a 54-52 victory in the final seconds of regulation to claim the most recent matchup.

The cast of characters and the outcome of the rivalry may change from year to year. One thing, though, tends to remain the same.

10 Glass-Heritage games that defined the decade