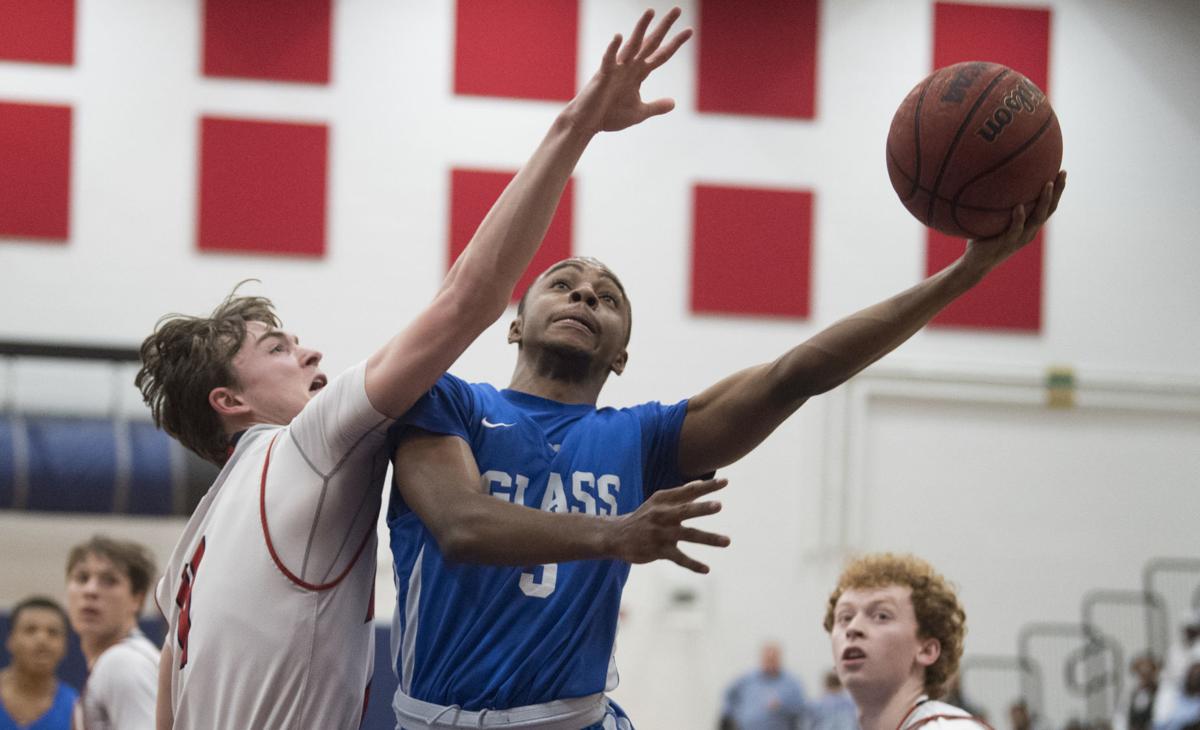 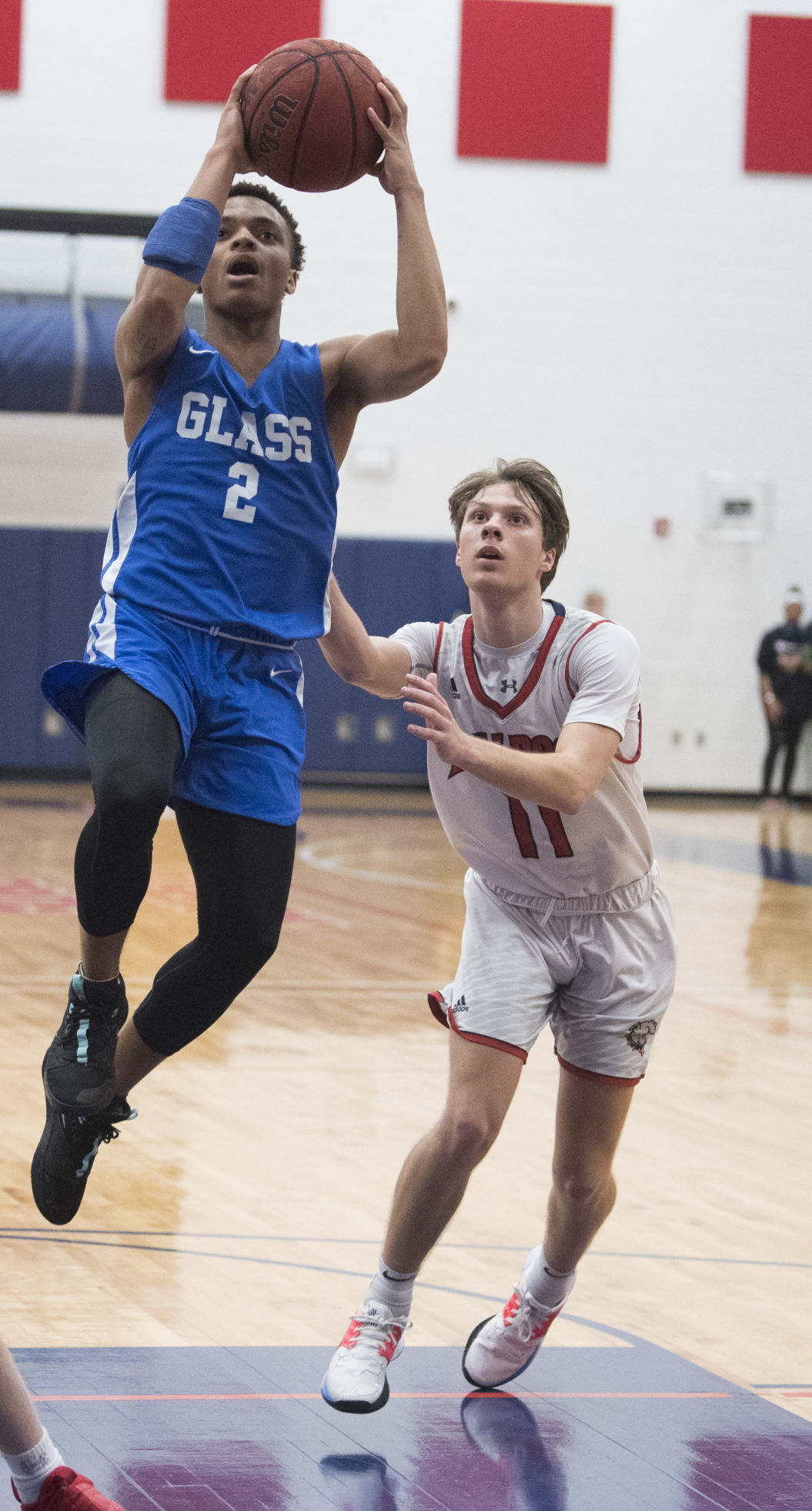 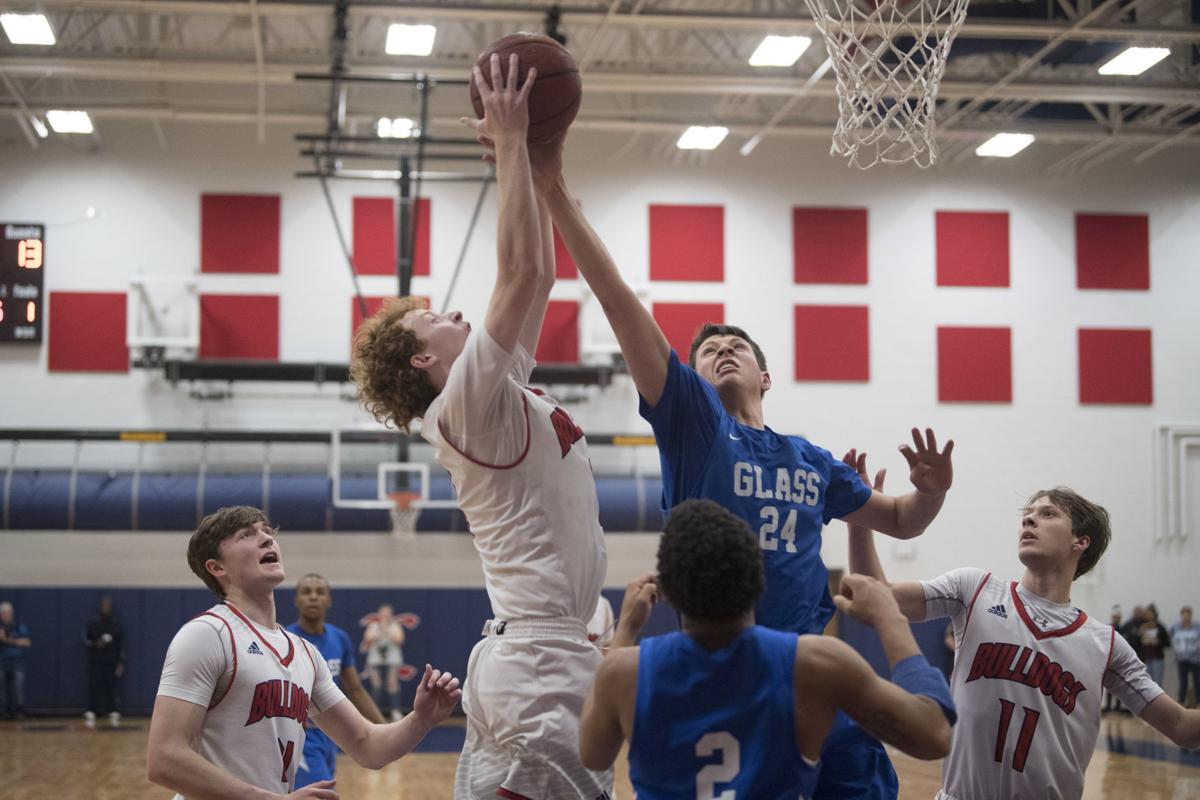 BEDFORD — Rayvon Graham put on a show here Tuesday night, but the E.C. Glass point guard had more on his mind than just a Seminole District Tournament title.

Bigger things as in a region title, and then some. Glass begins play in Region 4D on Friday night when it hosts Salem High. The district title game was mostly symbolic, a chance for area bragging rights. Region play begins a postseason quest for all the marbles.

Symbolic or not, that didn’t keep Graham from lighting up the gym.

The senior who missed most of the season after he smashed his right thumb in a preseason weight lifting session also smashed LCA’s hope of claiming the district tournament title for the second straight season.

He finished with 23 points, six assists, seven rebounds and three steals. Graham’s performance came on the heels of a 19-point game against Jefferson Forest in the district semifinals last Friday.

“The thing that hurt us when he was [injured] was his ability to see the court,” Glass coach DJ Best said. “ … When I needed a bucket [tonight, he said] ‘Coach, I got you.’ Whether it was an assist, an extra pass, he was just making the right basketball play.”

“Part human, part robot’: E.C. Glass’ Rayvon Graham is back on the court despite an injury that threatened to derail his career

Glass (17-7) weathered a hot shooting performance from LCA’s Rynning Bohrnstedt, who hit two early 3-pointers and finished with 14 points. But the Hilltoppers led by eight after the first quarter and stretched it out to 10 on a baseline jumper by Brian Hunt to start the second quarter.

“He’s worked extremely hard at his craft,” Redgate said of Leftwich, who also added nine rebounds in the loss. “We ask a lot of him and he rises to the occasion every single time. So I think it was very well deserved.”

But it was Graham, who was not a first-team selection, who wowed the crowd the most Tuesday. With roughly five minutes remaining, he buried a 3 off a pass from fellow guard Savion Austin (eight points) to push Glass’ lead from five points to eight.

Then, three minutes later, Graham was back again. He stood out beyond the 3-point line and threw a one-handed bullet pass underneath the basket to Hunt (nine points).

On Glass’ next possession, Graham did the same thing, only this time it was a no-look pass that pushed the lead back to eight again.

“I’m happy for the kid showing up, because he was out the first half of the season and he really took it to us tonight,” Redgate said of Graham. “He had a great game, great player, great young man, and he was hard to stop.

“When they’re hitting shots like they were tonight, they’re tough to beat. But give Coach Best all the credit. He had a great game plan and stuck to it. And now, hey, maybe both of us will have a run in the region tournaments.”

LCA goes into Region 3C next. The Bulldogs also received nine points from David Clay and eight from Haddon Smith on Tuesday. But prolific shooter Connor Hartless was held to just four points after scoring 21 points in the final regular-season meeting between the two rivals in January. He still managed to chip in five assists.

Glass guard Hugh Wood finished with 12 points, hit two 3s and had the Hilltoppers’ side of the gym chanting his first name in the second quarter, when he put up seven points.

“We really wanted this one,” Wood said. “We wanted to show people that even though we have seven losses, we should be like a 1 or 2 seed [in the district]. And we’re playing like it right now.”

Graham hit 6 of 8 2-point attempts, was 3 of 7 from 3-point range and also made nine free throws to cap what was an impressive tournament for the 5-foot-10 guard.

“We had to prove a point,” Graham said, referring back to his opinion that Glass should have gotten a higher seed than its No. 3 for the district tournament. “And personally, I had to show I was the best guard in the ‘Burg.”

Here's a look in photos at some recent high school basketball games in the Lynchburg area: