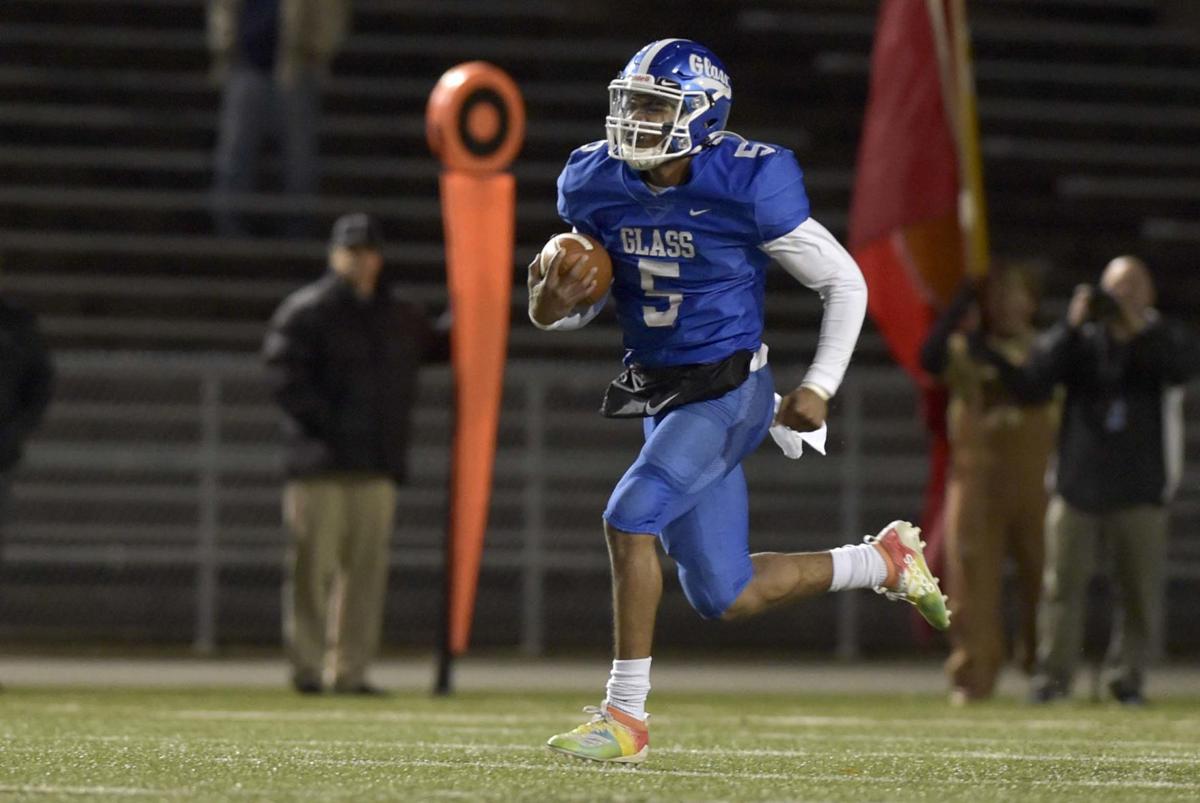 DreSean Kendrick carries the ball in the region 4D semifinal game against Pulaski at City Stadium in Lynchburg on November 22, 2019. 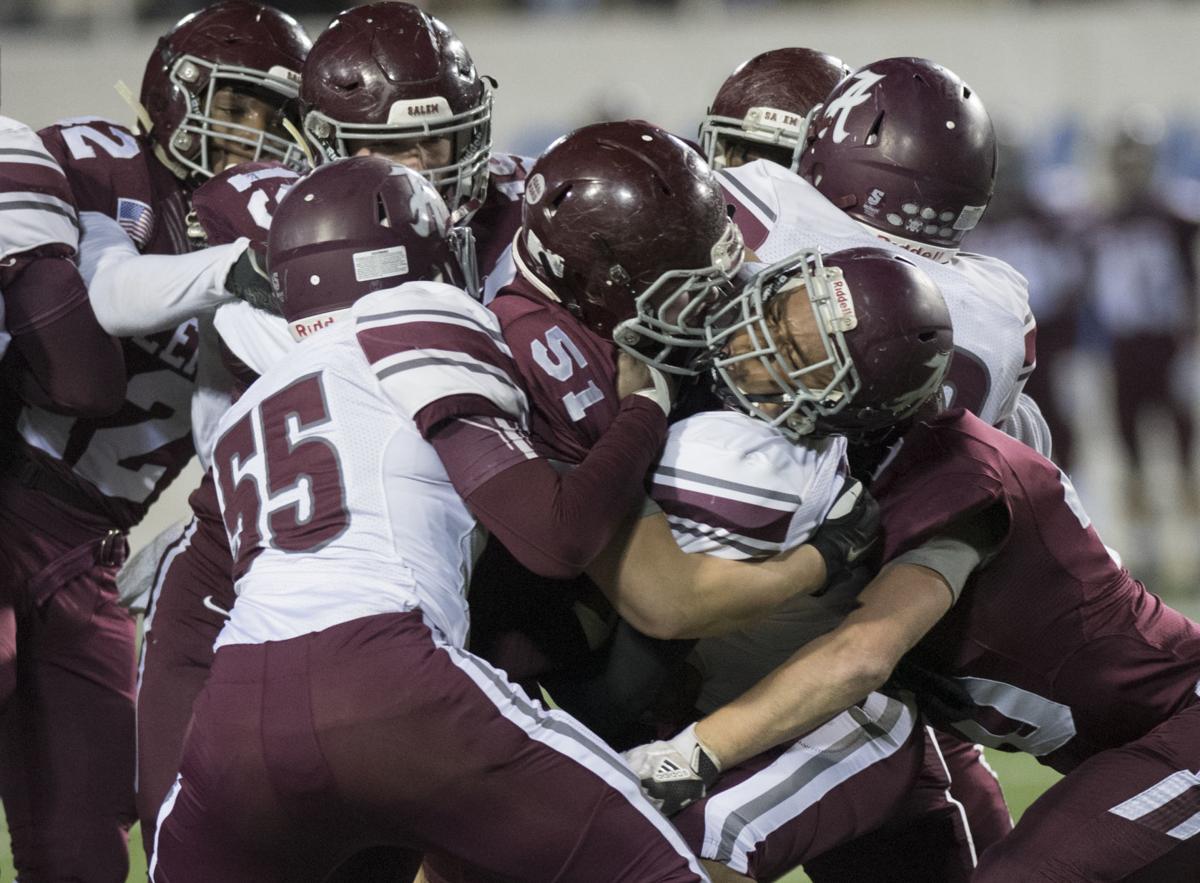 Lancers ball carrier Vincent Sweeney Jr. gets tackled at the line of scrimmage by the Salem defense. 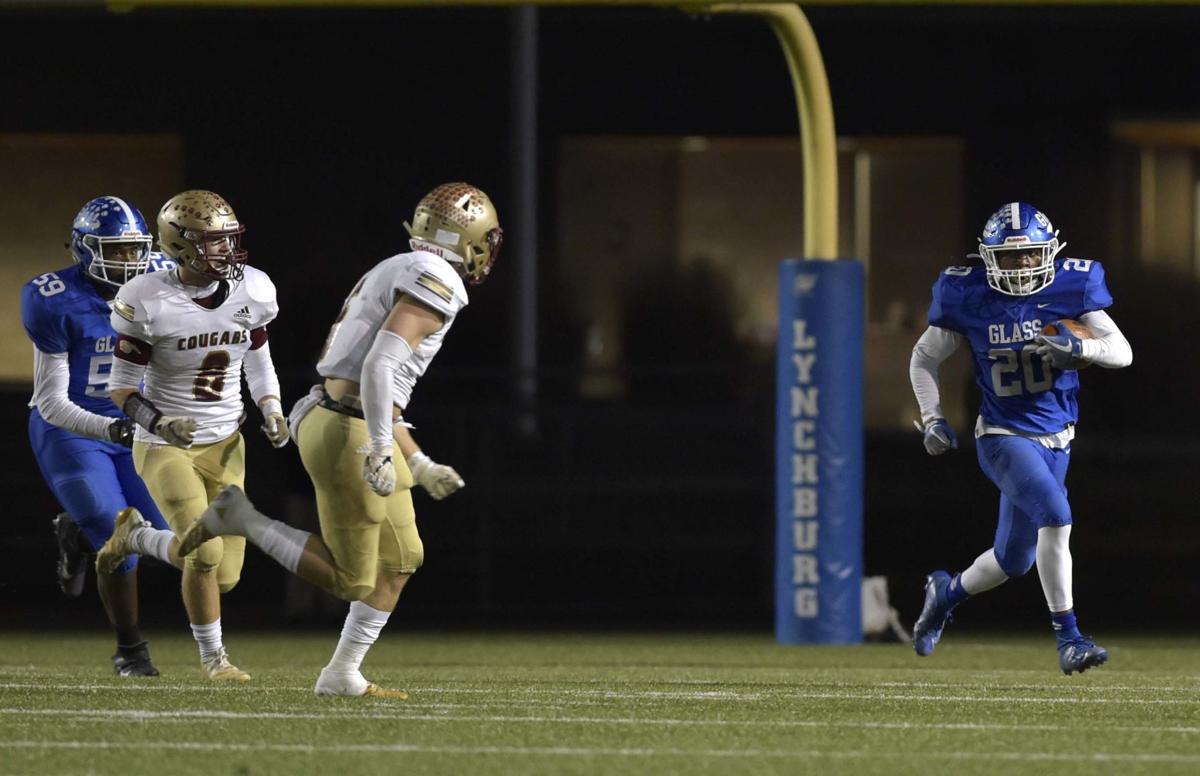 Quoterris Craighead carries the ball in the region 4D semifinal game against Pulaski at City Stadium in Lynchburg on November 22, 2019.

DreSean Kendrick carries the ball in the region 4D semifinal game against Pulaski at City Stadium in Lynchburg on November 22, 2019.

Lancers ball carrier Vincent Sweeney Jr. gets tackled at the line of scrimmage by the Salem defense.

Quoterris Craighead carries the ball in the region 4D semifinal game against Pulaski at City Stadium in Lynchburg on November 22, 2019.

Smaller VHSL teams will play at Salem Football Stadium for the Class 1 and 2 state titles on Dec. 14.

But Friday night’s Region 4D title game at the 7,157-seat venue will have a state championship feel.

That’s because E.C. Glass and Salem will clash in one of the most anticipated matchups of 2019.

The Hilltoppers and Spartans managed to steer clear of one another for the last 32 years. But they’ve been on a collision course all season.

“We’ve watched film on them until the cows come home,” E.C. Glass coach Jeff Woody said. “We’ve got our hands full and we know it. We know it’s the best team we’ve played.”

The second-seeded Hilltoppers (11-1) are trying to knock off their second straight River Ridge District opponent after defeating Pulaski last Friday.

They eventually found ways around a gritty, determined defense in that one. Now Glass faces a particularly tough and disciplined offense in top-seeded Salem (11-1).

“Our defense can definitely do it,” 6-foot-4, 304-pound Glass lineman BJ Wheat said. “They’ve showed that every week. They go in and they’re doubted, but then they show everybody why they shouldn’t be.”

The biggest threats to E.C. Glass’ exit from the playoffs are running back Isaiah Persinger (1,322 rushing yards) and quarterback Hunter Chaney (1,268 passing yards). But like Glass, Salem features weapons all over the field. The nine-time state champion Spartans (who most recently won state titles in 2015, '16 and '17) average 387 yards per game and boast a 71-9 record in their last six seasons.

For Hilltoppers left guard Holden Ayers, this one is personal.

Ayers played against Salem twice in his career, in 2017 and '18, when he was a student at Amherst. He transferred to Glass prior to the start of this season. Like other Hilltoppers, Ayers heard talk about the possibility of a Glass-Salem matchup all season.

“I didn’t really pay attention to it because I focus on each team one at a time,” said the 6-3, 295-pound senior, who last week received an offer from VMI. “But now there’s definitely some vengeance there because I’ve never beat Salem. So I’m definitely coming for the W.”

Glass should be prepared for this one; its out-of-district regular-season schedule featured Franklin County, coached by J.R. Edwards, a former Salem assistant who also served as head coach at Hidden Valley. Salem, Franklin County and Hidden Valley all feature a similar I-formation offense that hinges on the passing game, a strong, durable fullback and a speedy running back.

“They don’t make mistakes,” Woody said. “They’re fundamentally sound on both sides of the ball. They’re patient. They wait for you to make a mistake and then capitalize off the mistake you made.”

Woody’s goal for this week: no fumbles, no turnovers, no negative plays, no costly penalties — basically, mistake-free football.

And at this point, there’s no reason to expect otherwise, even though the ‘Toppers will play at a hostile Salem Stadium. By now, the midtown boys are not only determined, but seasoned. They’ve been through the pain of an early postseason exit (remember Blacksburg in last year’s region championship), suffered a heartbreaker this year (the 15-14 overtime loss to Heritage) and, despite nine blowout victories, have won the close ones in 2019, too (against Brookville and Pulaski).

“We try not to look ahead at opponents,” Wheat said of the anticipation surrounding this game, “but it was definitely something we can’t ignore. Salem is a very good team. We watch all the opponents we could possibly play, so it was in our mind at some point during the season.”

Salem will have to contend not only with Glass’ defense, but with its speed on offense. Quarterback DreSean Kendrick enters with 3,078 all-purpose yards. Add in the rushing attack the Hilltoppers receive from Ty Foster (894 yards) and Quoterris Craighead (712 yards) and it’s easy to understand why the team averages 8.6 yards per carry and 313.3 rushing yards per game (423.5 overall).

Five Glass receivers — Markevus Graves, D-Moe Mosley, Marquise Woodruff, Cam Robinson and the dual-threat Craighead — all average more than 10 yards per catch, a testament to the speed of the offense once it gets in motion.

“We definitely need to get the ball moving,” Ayers said. “If we can do that, I feel like there should be no problem advancing to the next round.”

Since transferring from Amherst, Ayers said he’s developed a particularly strong bond with his offensive linemen. He’ll remember those connections when his teammates suit up for what is slated to be an epic battle Friday night. It’ll be the first time Glass and Salem have played each other since Oct. 2, 1987. Glass won 24-7 that night.

“It’s a brotherhood I never thought I’d experience,” Ayers said of his linemen. “… I love them to death.”