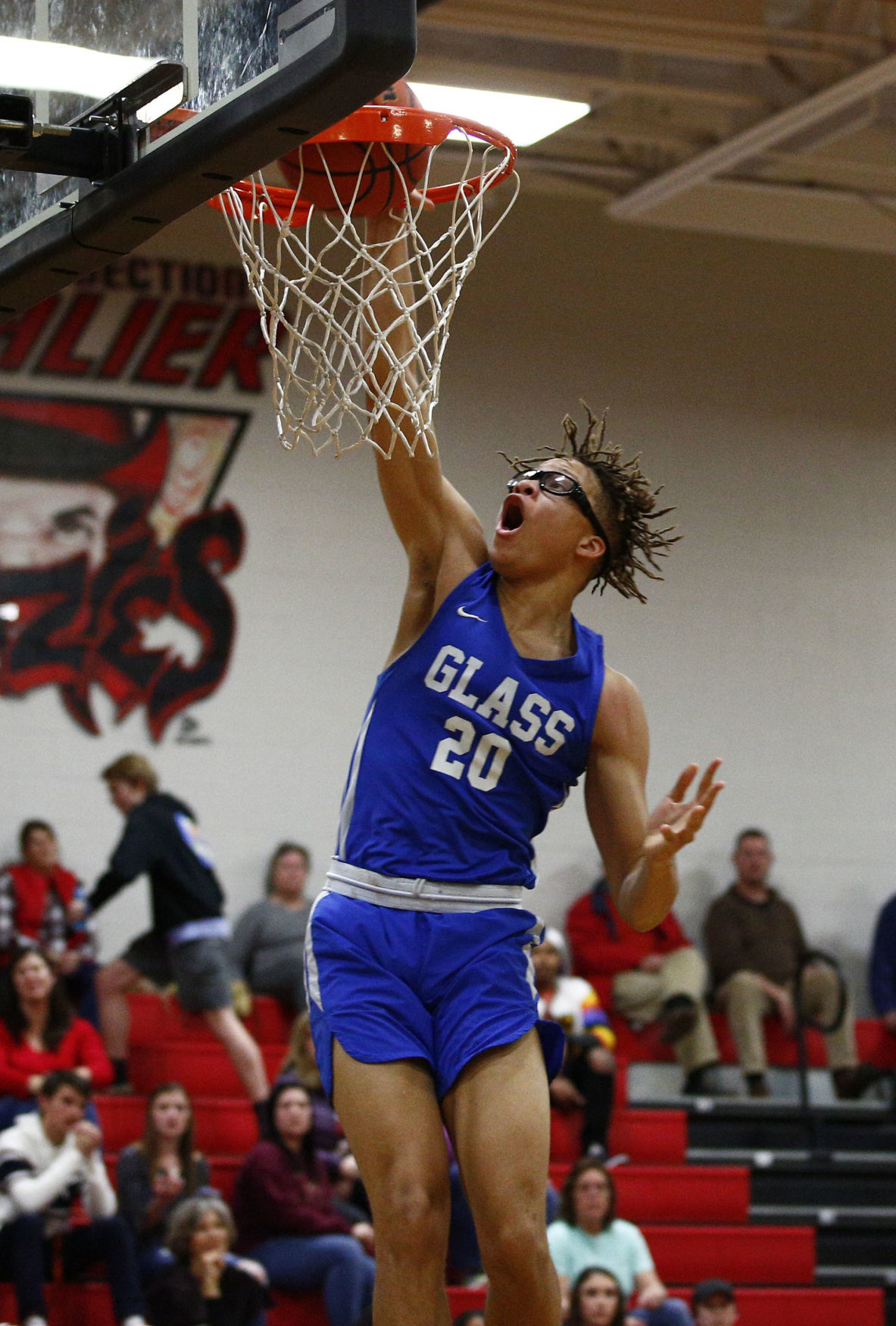 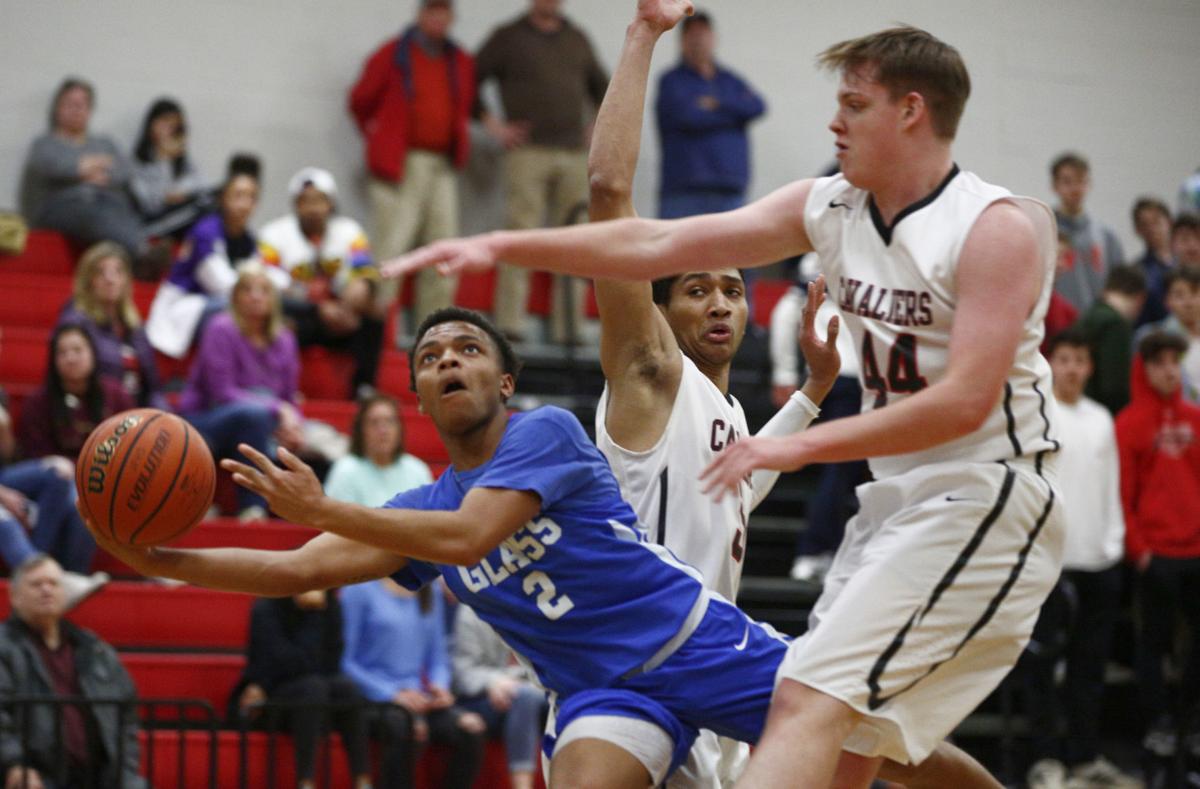 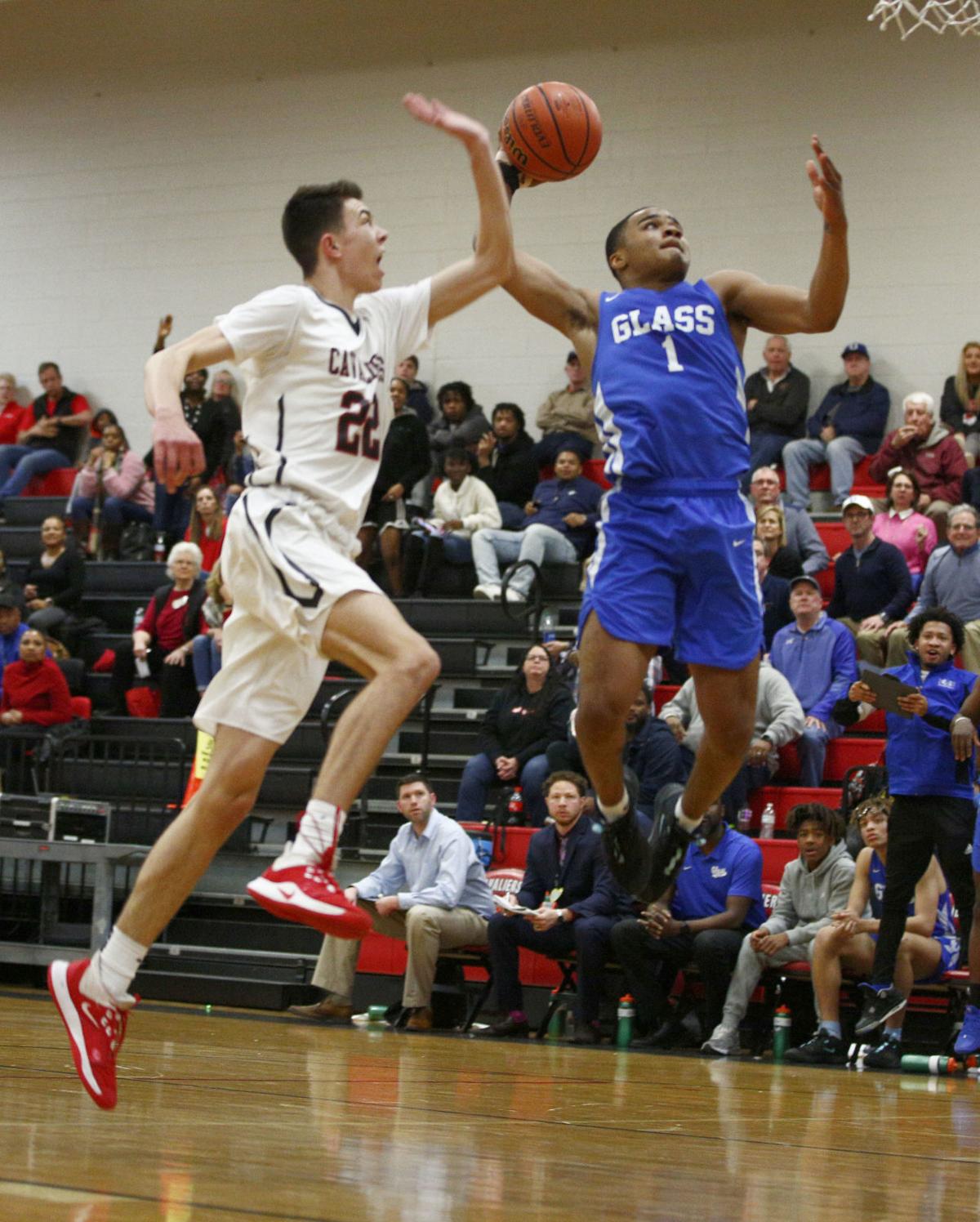 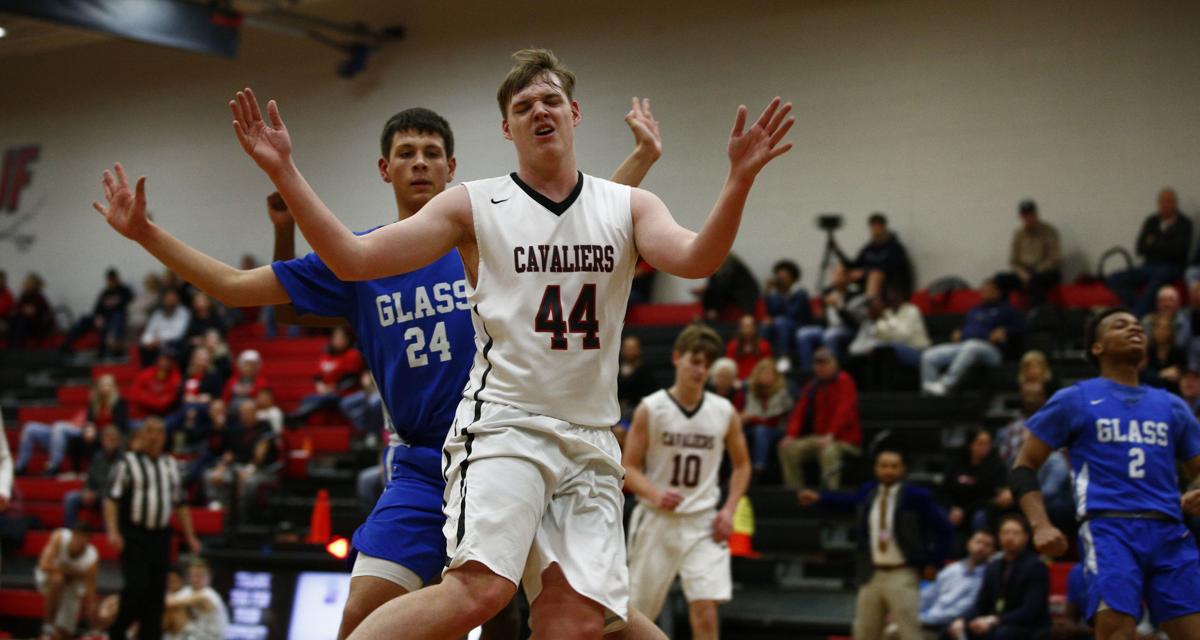 Jefferson Forest center John Isenhour reacts after the ball goes out of bounds during the Seminole District semifinal game between E.C. Glass and JF at Jefferson Forest High School in Bedford on Friday, Feb. 14, 2020. 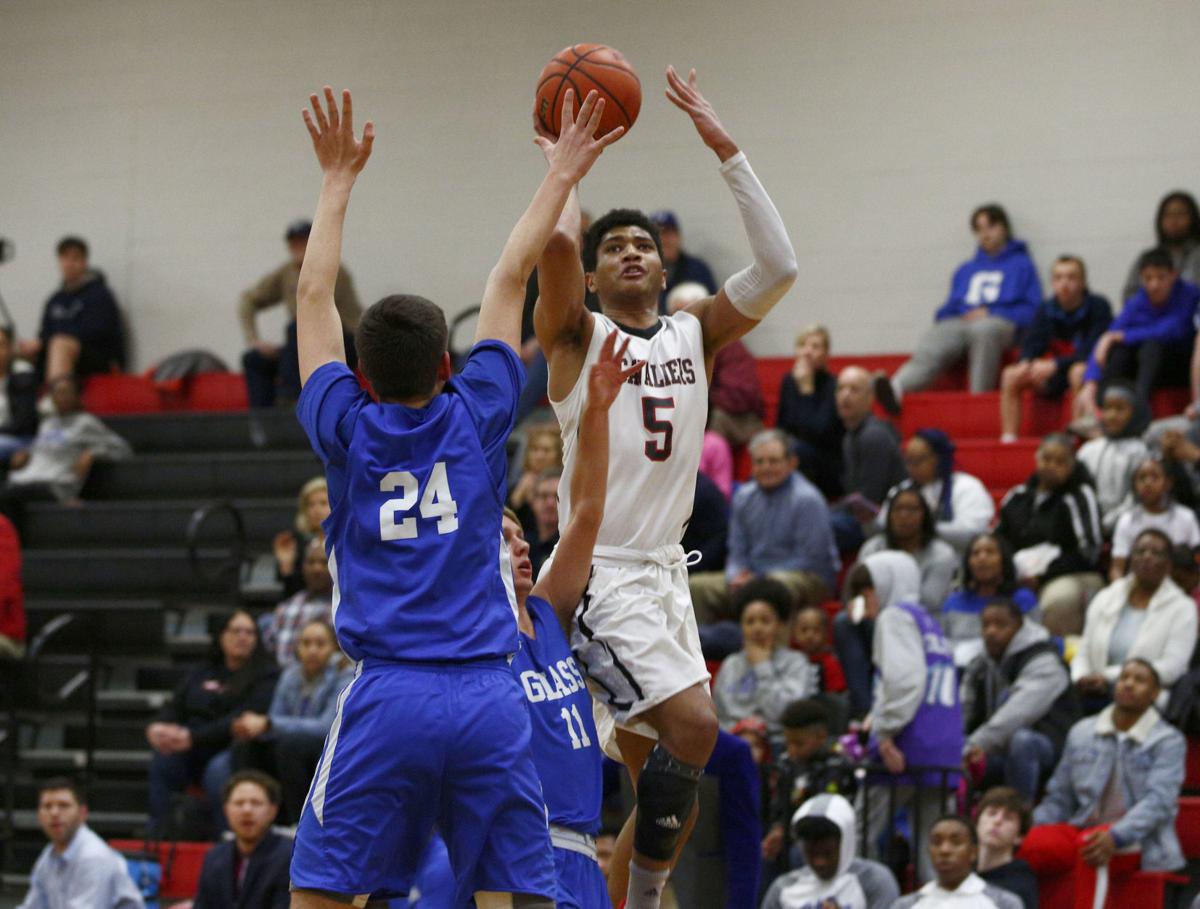 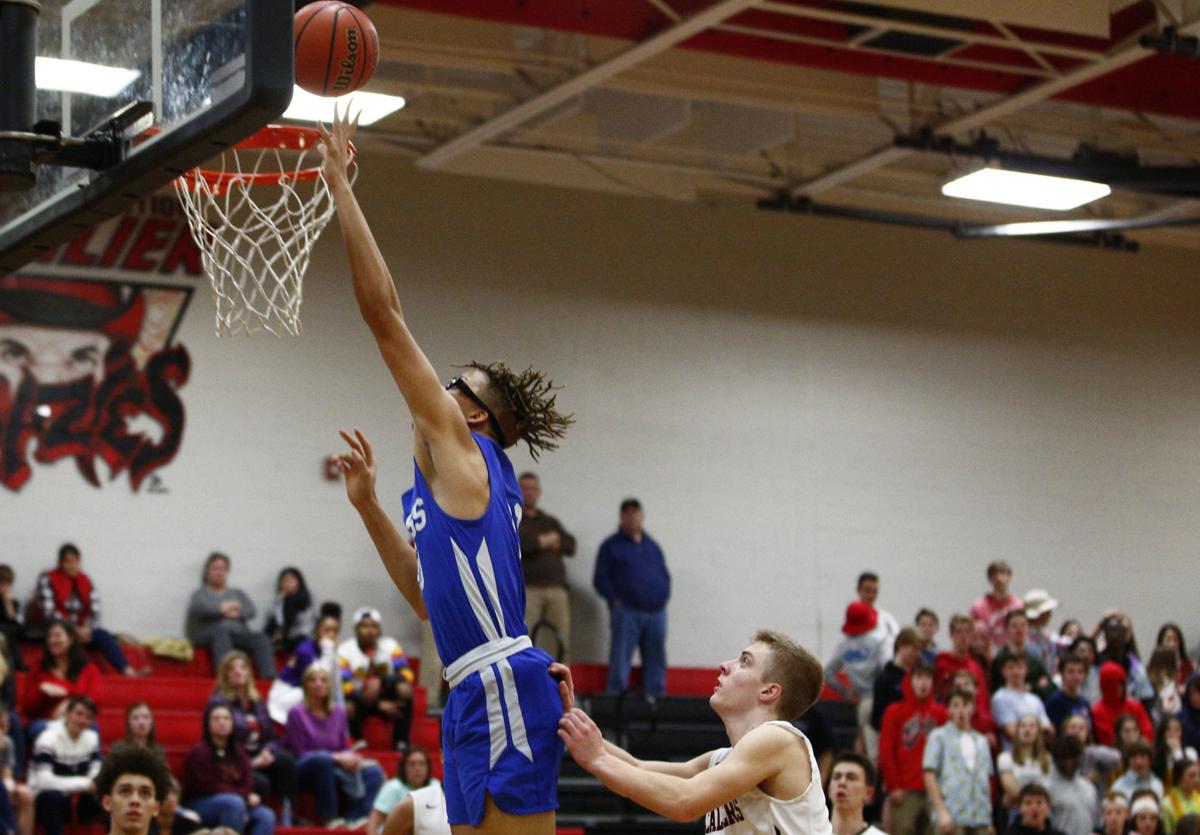 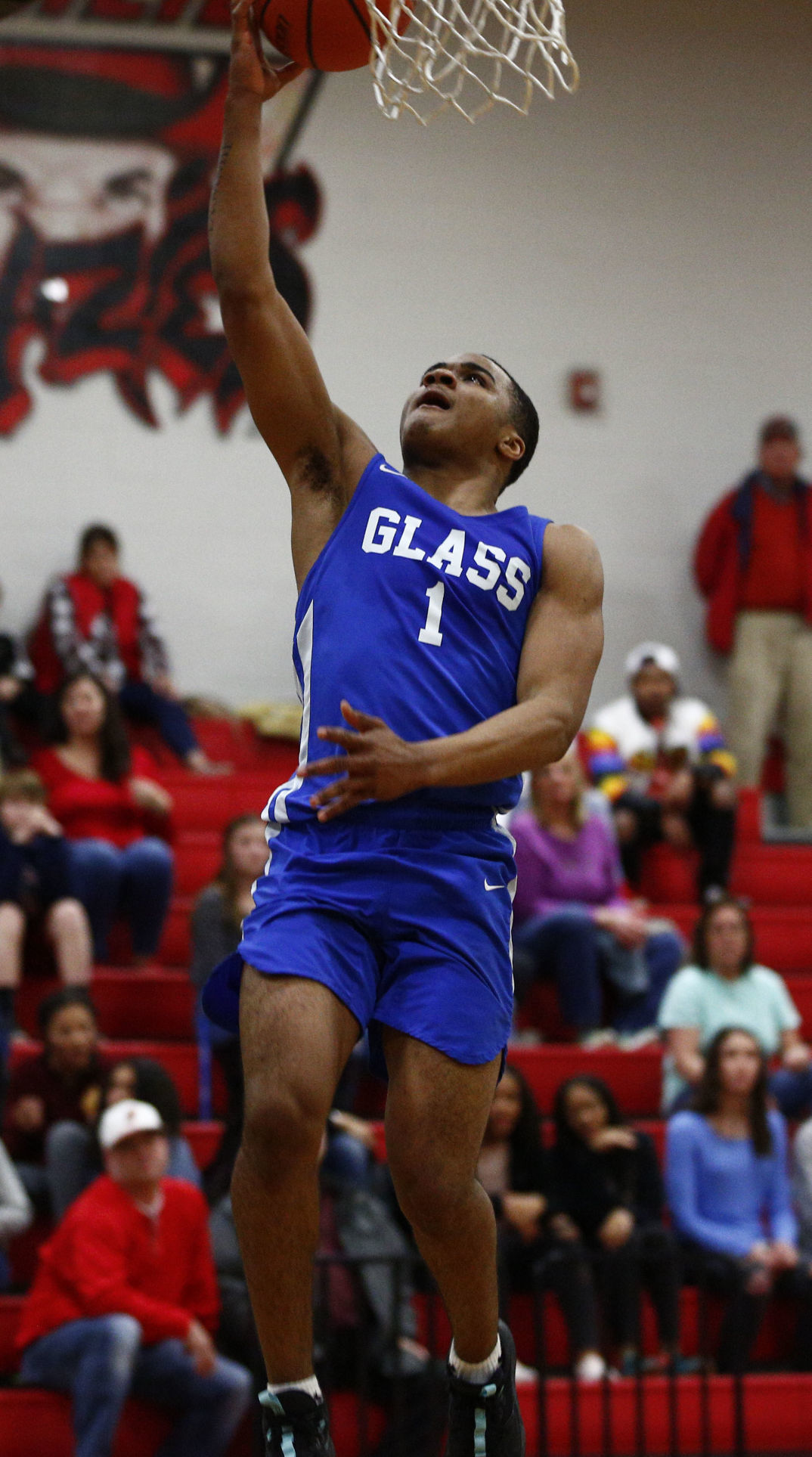 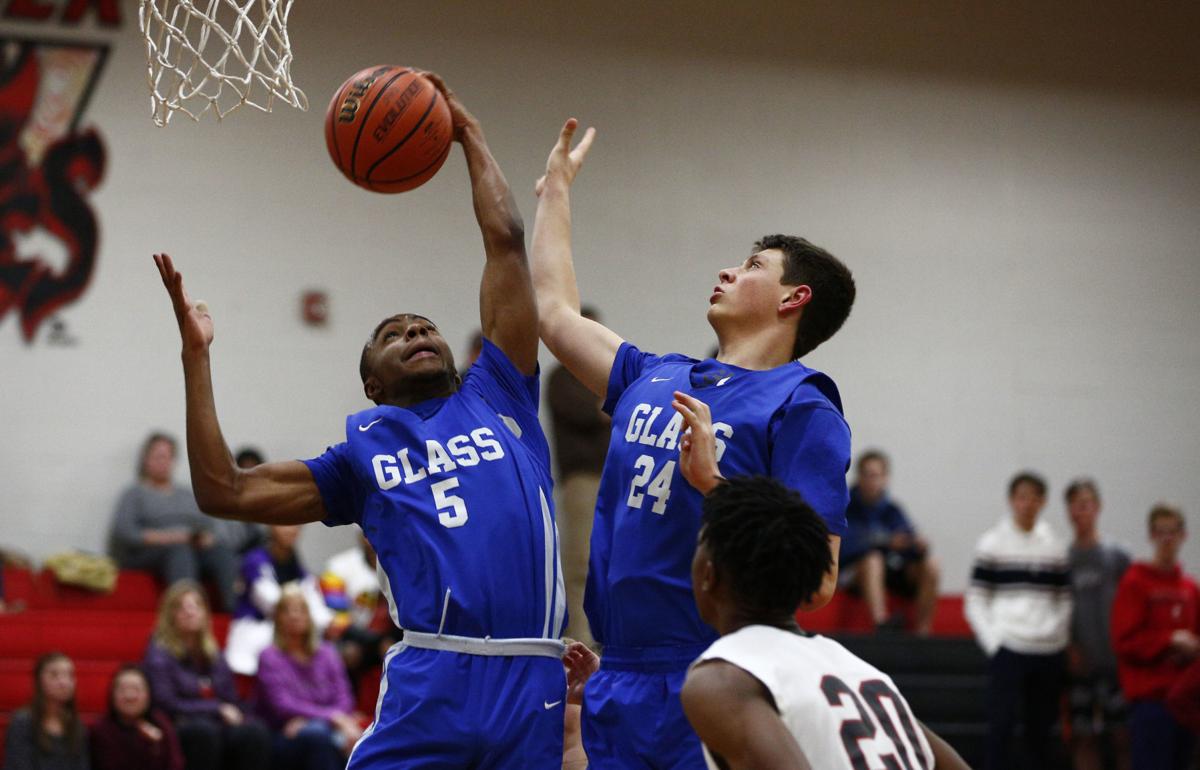 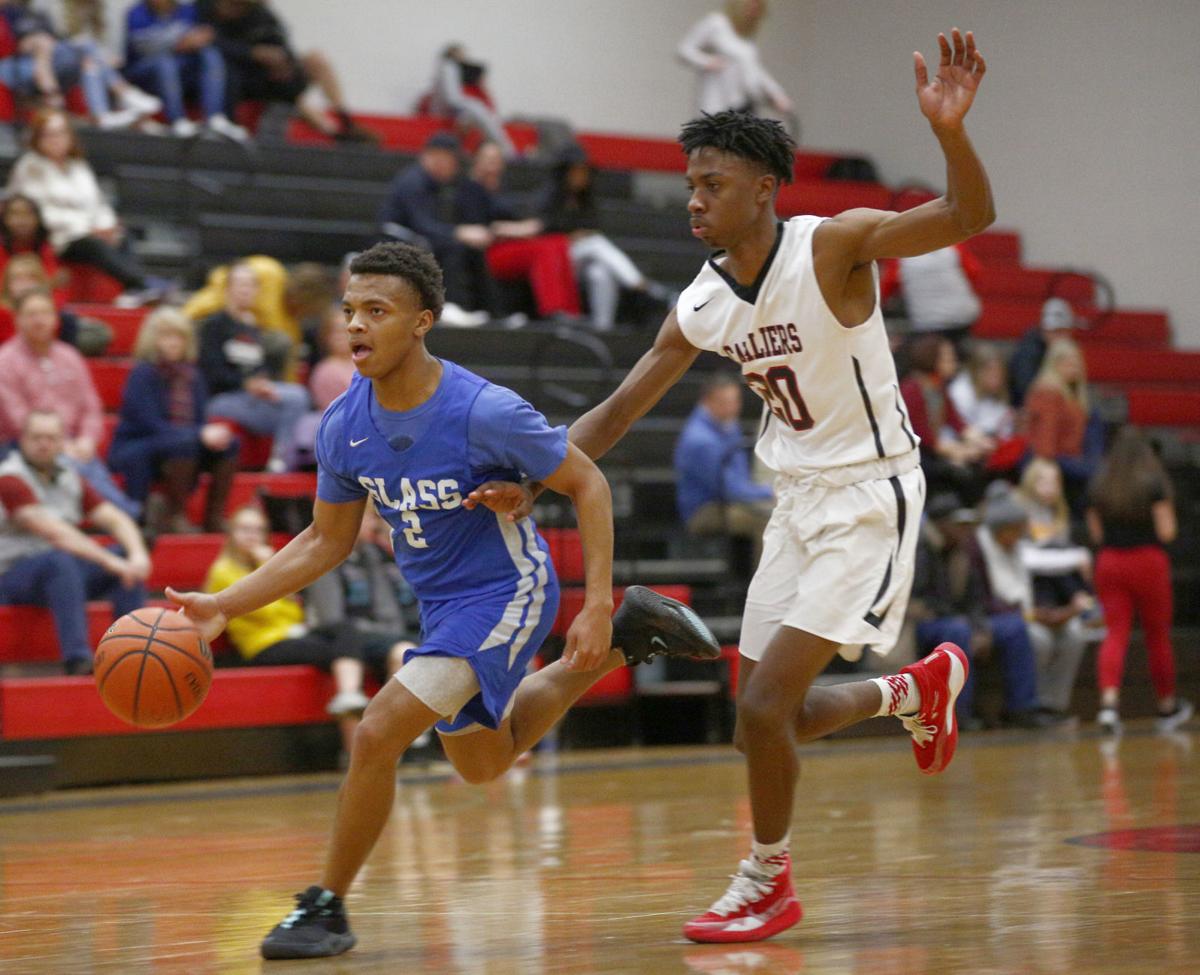 Jefferson Forest center John Isenhour reacts after the ball goes out of bounds during the Seminole District semifinal game between E.C. Glass and JF at Jefferson Forest High School in Bedford on Friday, Feb. 14, 2020.

But on Friday night, it struck the gym at Jefferson Forest 18 times before the Cavaliers ever woke up.

And by the time they did, it was too late.

But Friday, Glass could’ve won a track meet. The ‘Toppers set a blistering pace by racing out to an 18-0 lead. The opening five minutes made all the difference, and Glass earned a 73-57 win.

“We got off to our own pace of basketball,” Glass coach DJ Best said. “That’s been the whole game plan the last few days. We wanted to play our pace.”

Glass led 22-4 at the end of the first quarter. By the third quarter the tournament’s No. 3 seed had its largest lead over No. 2, a 30-point spread.

Glass now advances to the district championship and will play top-seeded Liberty Christian at Brookville on Tuesday. Tipoff is set for 7:30 p.m., after the girls’ 6 p.m. final, which pits No. 1 Glass against No. 3 Amherst.

The district tournament has no bearing on postseason region seedings, which are already determined. But it carries a lot of weight for the players.

“It means a lot, because I’ve never won it in basketball,” Glass guard Savion Austin said after finishing with four steals, three assists and four points.

With pairings for the upcoming Region 4D tournament already announced, Glass players entered JF on Friday feeling a little slighted. The Cavaliers (17-6) earned the No. 2 seed and host No. 7 Amherst on Friday at 6 p.m. Glass (16-7) plays at home, too, but is the No. 4 seed and matches up against No. 5 Salem.

Hilltoppers players thought they deserved a better seed for the region tournament.

“We had to make a statement,” Graham said.

They certainly did that Friday, going on another run, this one a 13-0 blitzkrieg that was part of a larger 17-3 run in the third quarter.

“We’re trying to prove we should be No. 1,” Austin said of the region pairings.

That distinction went to Piedmont District heavyweight Halifax County, which entered its district tourney with an 18-3 record.

But on Friday, Glass looked every bit like a team that should be feared in region play.

“We stopped their big men, we played defense, and we actually scored fast,” said Graham, who also had five assists, five rebounds and four steals. “We haven’t done that all year.”

“They came out, gave us two quick shots, and boom, we were out for the count for a little while,” Cavaliers coach Jeff Monroe said.

“Then the kids came back and played well from [being down]. But hey, that’s a good team. You can’t afford to get behind like that.”

JF went on a 9-0 run toward the end of the third quarter and cut the deficit to less than 20 points on several occasions.

Now the Cavs will rest up and focus on its first-round region game after earning a blowout of their own, a 27-point rout of Heritage, in Monday’s regular-season finale.

“That’s the only thing we’ve got on our mind right now,” Monroe said of the region tourney. “I told the guys, watch some film tonight, see our mistakes, and then we’ve got to come in tomorrow and be ready.”

Kendrick added five assists and four steals as Glass used its press to cause JF turnovers it converted into quick points with outlet passes, easy layups and an emphatic dunk from Hunt with 3:40 remaining.

Jalen Leftwich scored 20 points to lead four players in double figures for Liberty Christian, which made quick work of visiting Heritage in the other Seminole District tournament semifinal Friday night.

Rynning Bohrnstedt added 15 points, Seth Hildebrand chipped in 11, and Hartless rounded out the double-figure scorers for the Bulldogs with 10 points. Leftwich also pulled down 12 rebounds for LCA, which outrebounded the Pioneers 40-34 as a team.

The top-seeded Bulldogs — who raced out to a double-digit lead by the end of the first quarter and tallied more points in three quarters than fourth-seeded Heritage had total — also shot 49% while holding Heritage to 26% shooting for the game.