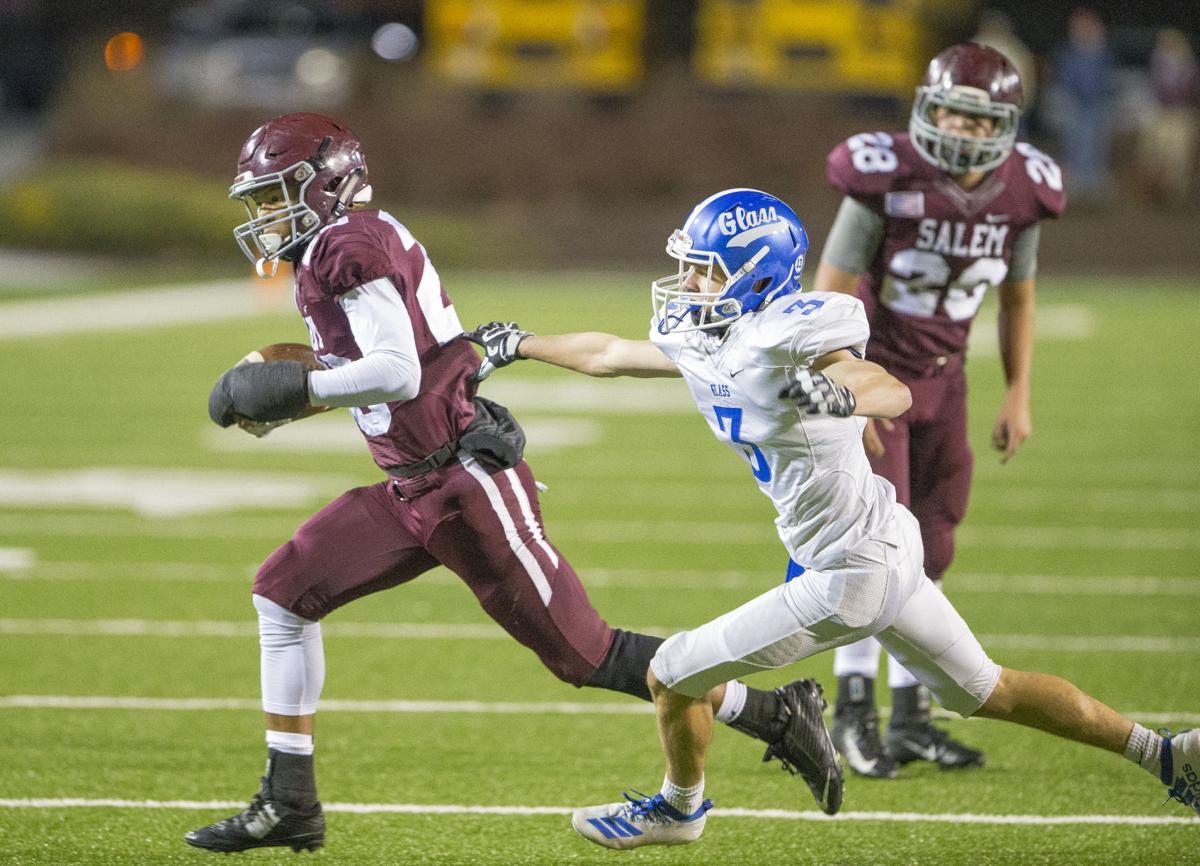 Salem's Isaiah Persinger (left) just gets past the grasp of Glass defensive back Mac Johnson for a 16-yard touchdown run. HANK EBERT | Special to The Roanoke Times 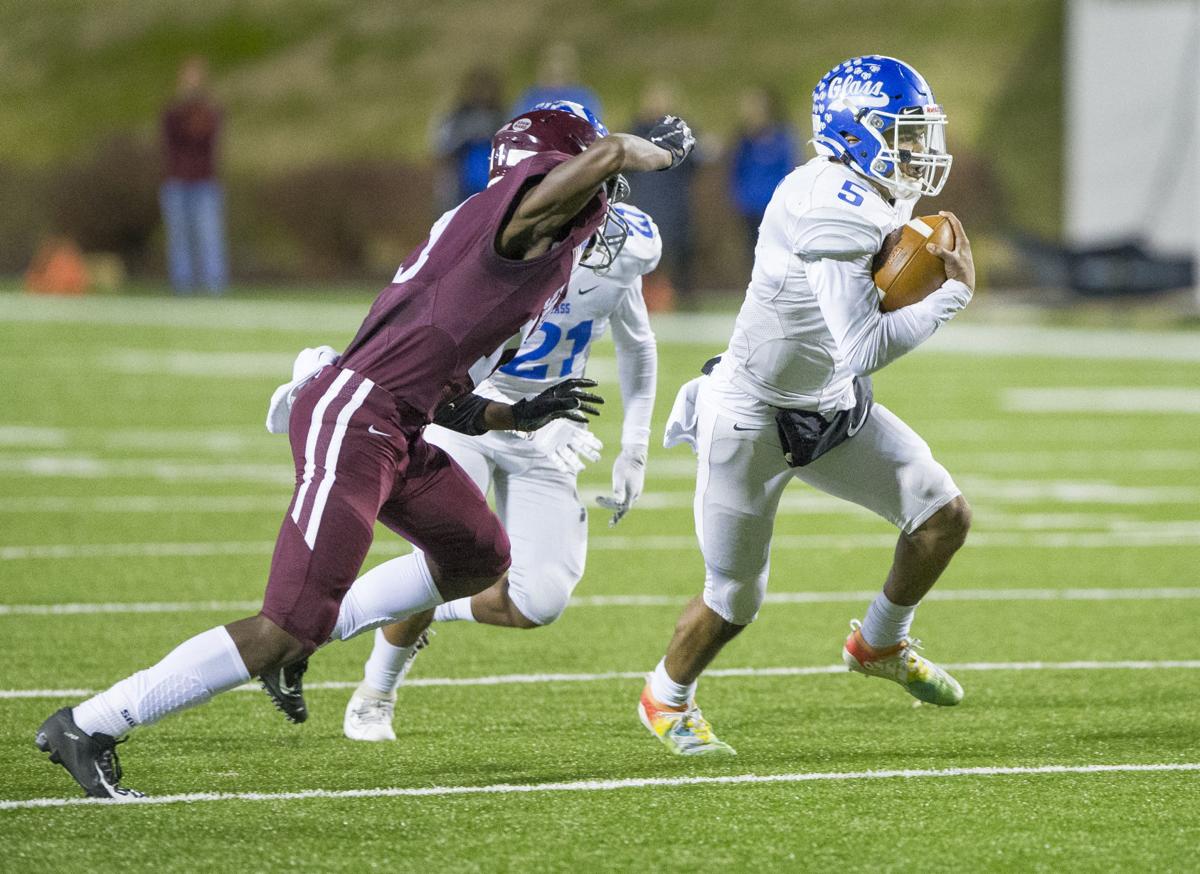 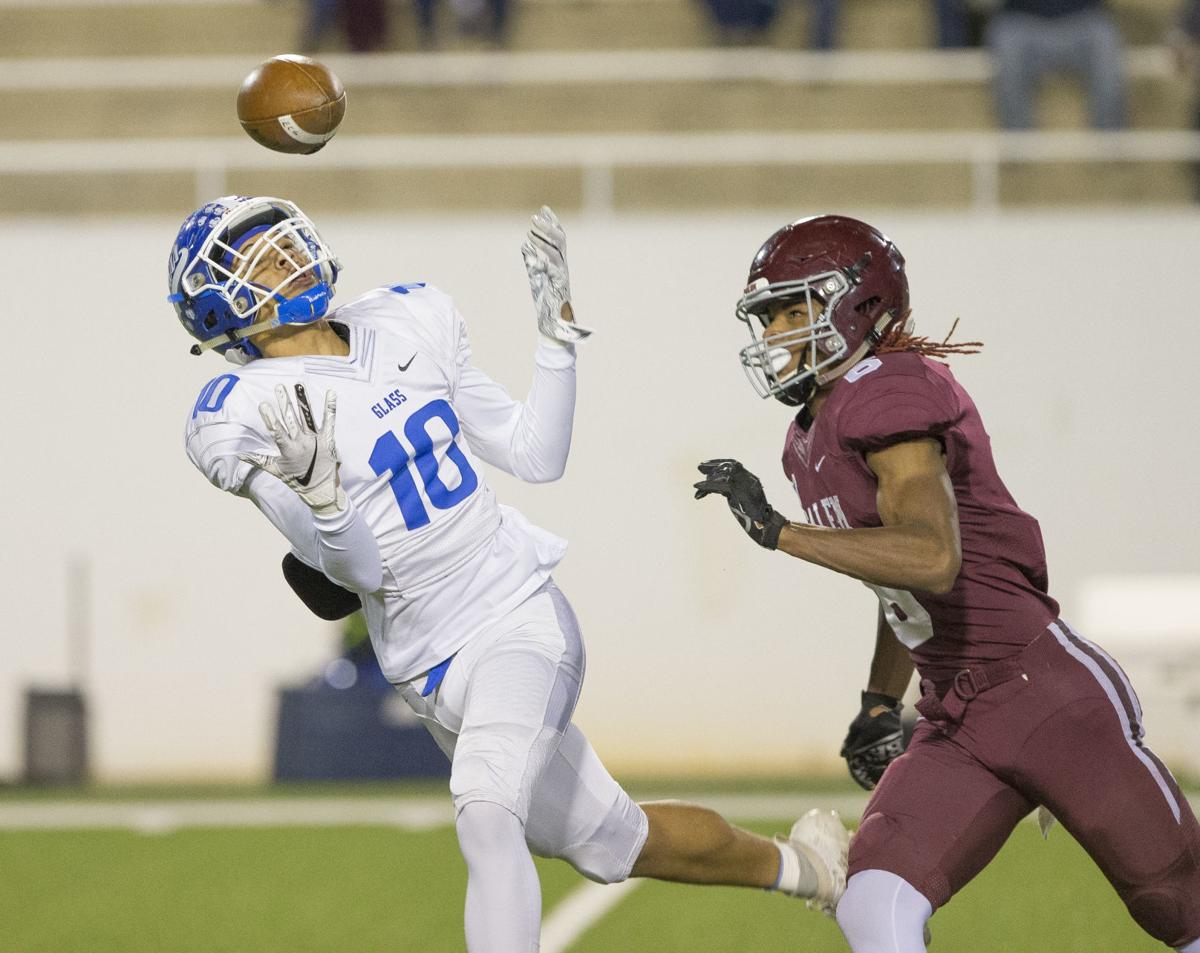 Salem's Isaiah Persinger (left) just gets past the grasp of Glass defensive back Mac Johnson for a 16-yard touchdown run. HANK EBERT | Special to The Roanoke Times

SALEM — Any high school football team that can produce critically-needed explosive plays at will is going to be a consistent winner.

There is no more consistent fountain of big plays than Salem, nor is there a more reliable winner.

The Spartans did it again, producing two gigantic plays on command to rally and take control of the Region 4D title game against visiting E.C. Glass Friday night. Once turned, the back-and-forth contest ended with a 35-24 Spartans victory.

Glass showed plenty of explosiveness itself, particularly after spotting Salem a 14-0 lead. Both scores were the first and second of tailback Isaiah Persinger’s four for the game. The first of his TD sprints covered 16 yards and the second 41.

The Hilltoppers came back behind quarterback DreSean Kendrick, his school’s all-time total offensive leader. Kendrick sparked the series of 17 unanswered points with a 23-yard TD strike to Marquise Woodruff.

A series later, Kendrick was back at it again with a 19-yard touchdown. The play had been set up by a fake punt by Salem’s Chauncey Logan that was stopped short of the first down at the Spartans 20.

On the ensuing Salem possession, the advance was cut short by the first of Ky’Juan Brown’s two interceptions giving his team the football at the Salem 29. The incursion was capped by a 31-yard Bryson McKenna field goal with 1 minute 34 seconds before halftime. Glass took the 17-14 lead into the break along with all the momentum.

“You didn’t have to say a whole lot in the locker room,” Salem coach Don Holter said. “Our kids understand that. They have shown resolve and resiliency all year long. Its’s a four-quarter game.

“We tell them, the other team is going to make a play. You got to reset and refocus and answer.”

That response came quickly, almost as fast as you can say “Persinger, off tackle left.”

It was the first snap of the third quarter. Persinger made a move, broke to sideline and fled all the way down the sideline to the end zone.

Persinger led all rushers with 164 yards on just 12 carries. The 81-yarder to open the third quarter was his longest haul of the game.

“You expect that when you play a good football team,” Glass coach Jeff Woody said. “We answered it.”

Indeed, after an exchange of possessions, Kendrick found Ty Foster for a short completion the receiver turned into a 65-yarder that, coupled with McKenna’s conversion, made it 24-21 for the contest’s third lead change.

Salem had another devastating response at the ready. Holter had already confronted kick return Shawn Collins on the sideline.

“Coach told me, you got to take it back,” Collins said. “He told me to run as fast as I could and take it back. I was just thinking about taking it back, getting one for the team, and making a big play.”

‘When it turned, when the momentum shifted, the turning point was the kickoff return.”

The rest of it was a dominant defensive performance by Salem the rest of the way. The key was keeping Kendrick under wraps.

“We changed our defense at halftime,” Salem linebacker Zavione Wood said. “We had to contain Kendrick. We put three backers in the box and made sure he didn’t get outside.”

Persinger scored once more on the first play of the fourth quarter and that 13-yarder was the backbreaker. Glass marched to the Salem 4 for one last-gasp chance before Kendrick fourth down passing attempt missed the target.

Persinger many explosive carries were accomplished with a huge padded wrap on his left hand to protect a broken index finger.

“I just carry the football in my right hand,” he said.