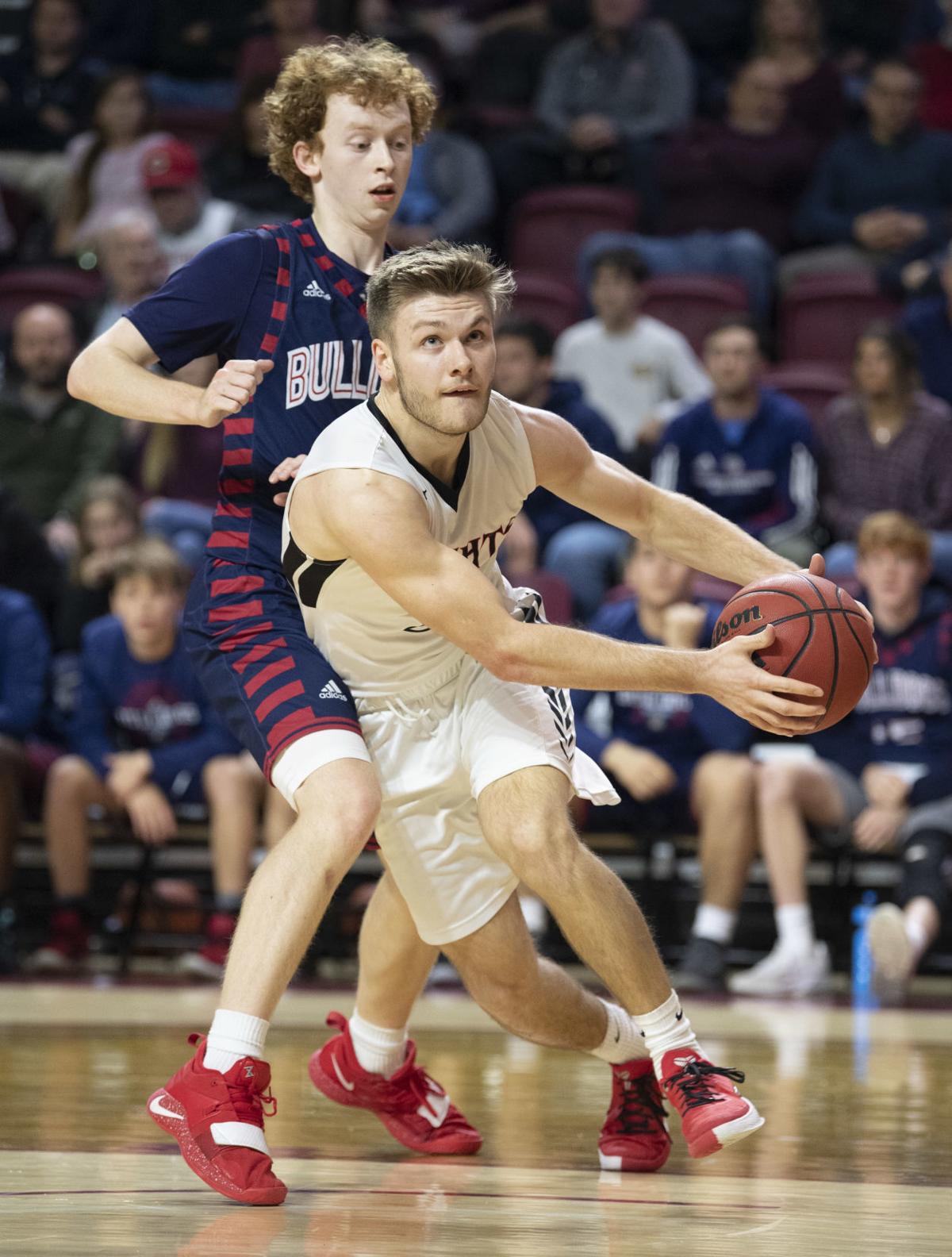 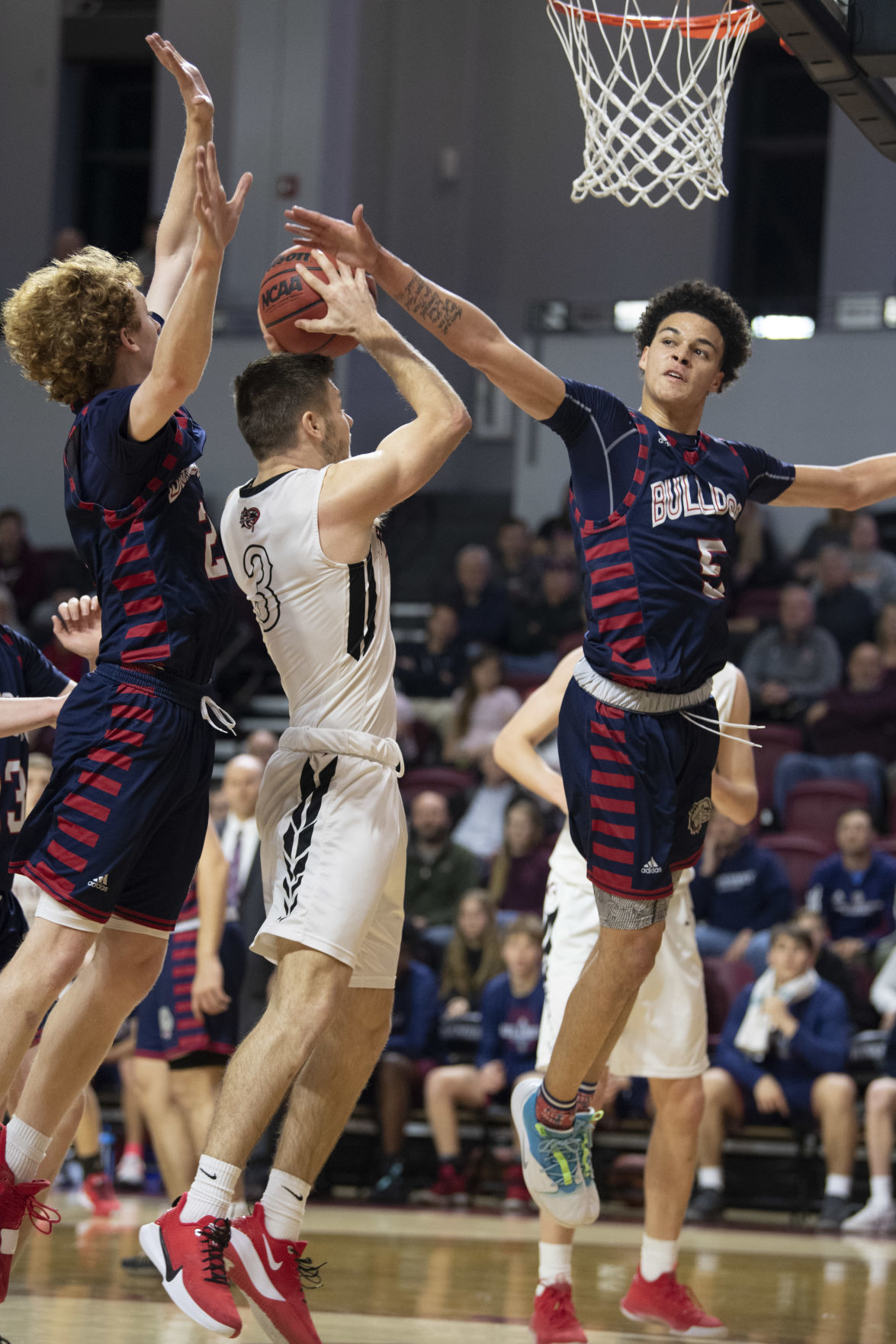 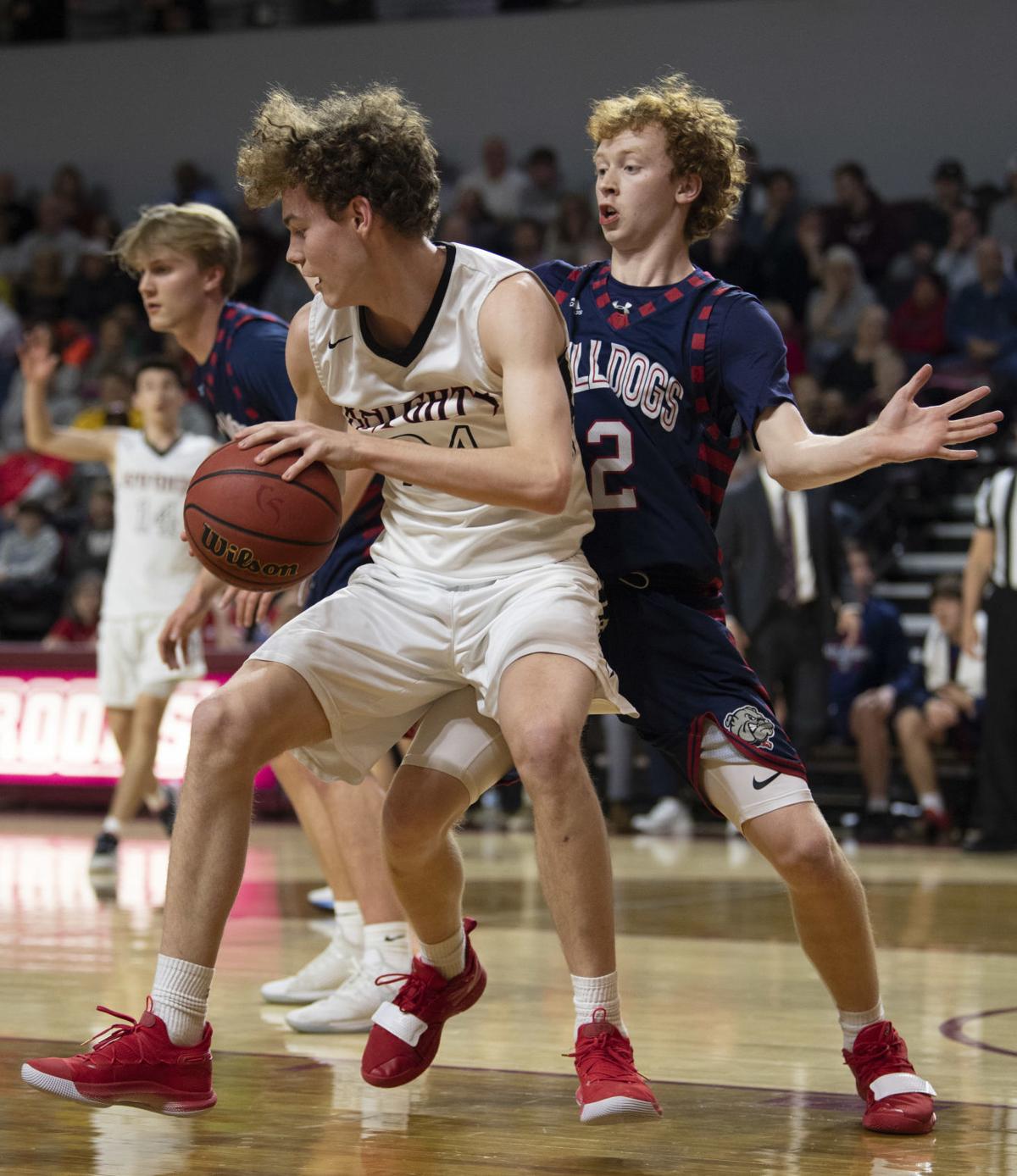 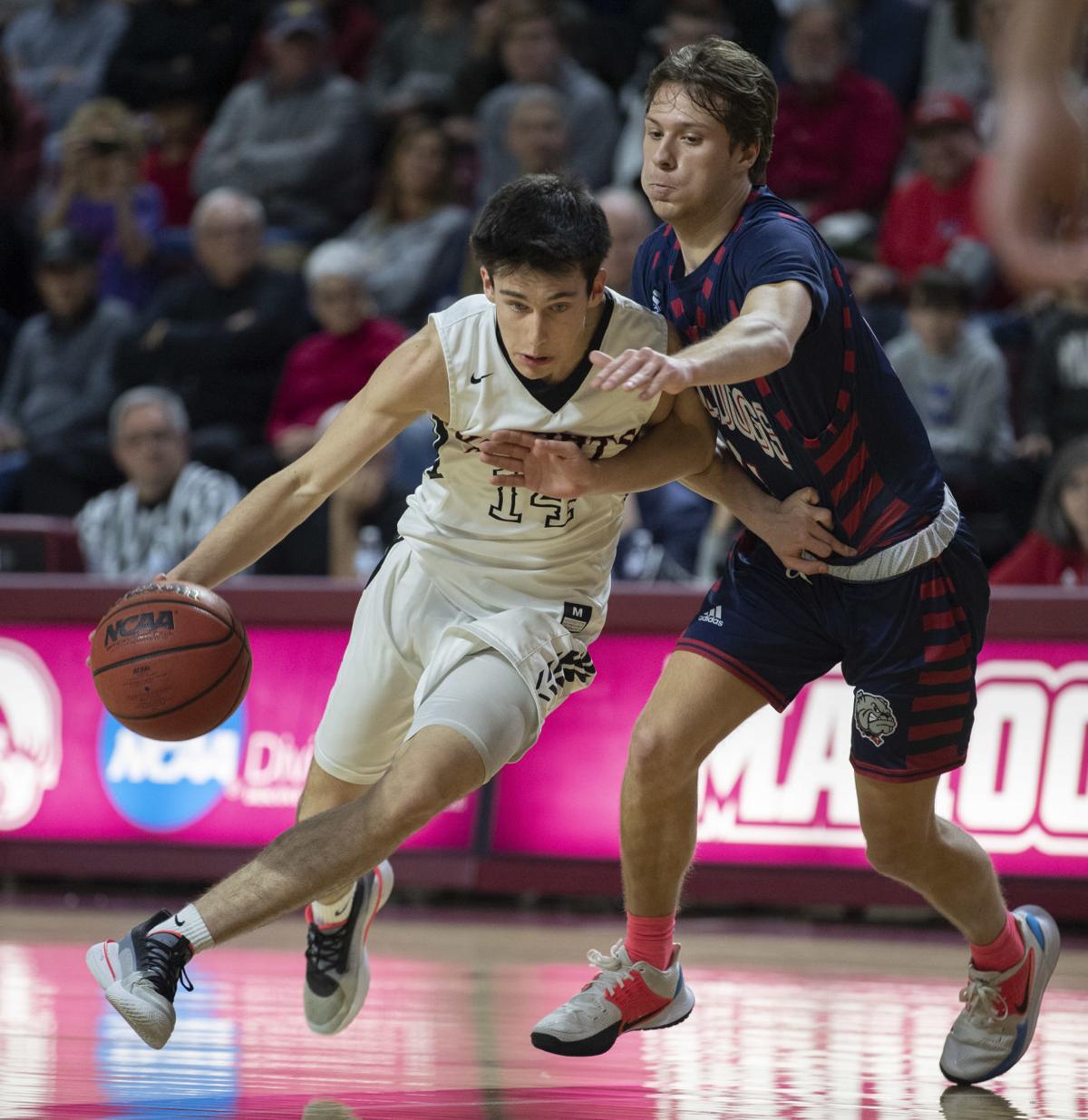 SALEM — Haddon Smith sunk a 3-pointer for Liberty Christian with a little over a minute left Friday night. The Bulldogs’ deficit was down to single digits.

But two possessions later, Cave Spring went to its big man, Parker Huffman, again. Jalen Buster found him underneath for an easy bucket.

As the ball fell through the hoop and the clock ticked under a minute, the pro-Cave Spring crowd at Roanoke College’s Cregger Center roared. The bucket marked the end of LCA’s season, and signaled a final four berth for the Knights.

Liberty Christian, despite its good ball movement that led to quality shots most of the night, couldn’t stop the multiple weapons Cave Spring featured and fell in the Class 3 state quarterfinal game, 65-52.

For the Bulldogs, errors in the late stages of the game proved costly. With 4:05 left, the ball went out of bounds off an LCA player underneath the basket. On their next possession a minute later, confusion on the inbounds play led to an easy steal and breakaway for Cave Spring.

Reed Pendleton’s layup off the miscue gave the Knights a 59-45 lead, and LCA couldn’t climb back.

“In games like this, every possession matters,” LCA coach Paul Redgate said. “Any poor shot, any turnover, sure it hurts.”

In addition to an easy runout every once in a while, the Knights got high-percentage shots inside almost at will. Their size, and specifically Huffman, burned the much smaller LCA defenders. Huffman had 12 of his 15 points in the first half, and added 11 rebounds to finish off the double-double.

“All night was a battle down low,” Redgate said. “… He was getting some open looks because of how we were guarding their guards. It’s kind of pick your poison, and 24 [Huffman] rose to the occasion tonight.”

Cave Spring, which has won nine straight and set a school record for wins in a season with 26, shot 50% on the night. LCA was 38.8% from the floor, but kept the game within reach by shooting 41.7% from 3.

Five players recorded at least one triple for the Bulldogs, including Rynning Bohrnstedt with three and Smith with three.

Smith and Hartless teamed up on a couple of their baskets from beyond the arc in the third quarter, when LCA briefly pulled ahead.

First, it was Hartless who knocked one down off an assist from Smith to bring the Bulldogs within 20-18. Then he returned the favor by setting up Smith on their next trip down the court.

LCA led 21-20 after the bucket, then extended the lead to two points — its largest advantage of the night — on Jalen Leftwich’s free throw. Hartless hit another 3 off an offensive rebound next to put LCA up 25-24, but Huffman provided the answer for Cave Spring.

The Knights took a 26-25 advantage and didn’t trail again.

By the end of the third, Cave Spring held an eight-point lead, and LCA couldn’t come closer. Down the stretch, LCA’s lack of fouls accumulated to that point stung, too.

The Bulldogs had just two fouls heading into the final two minutes, and precious time came off the clock when they failed to secure a steal.

Pendleton and Lucas Duncan each hit a pair of free throws to pad the Knights’ final tally.

Leftwich led the Bulldogs with 17 points and eight rebounds. Hartless was LCAs other double-figure scorer with 12 points. He added nine rebounds, a steal, four assists and two blocks.

“He did everything for us tonight just like he did all season,” Redgate said of Hartless, who also drew the night’s toughest defensive assignment in Huffman.

Hartless was part of LCA’s solid ball movement, which led to good shots for the team that regularly burns opponents from 3.

The Bulldogs finish their season at 21-7 after making program history by becoming the first team to make the VHSL state tournament.

“It’s one of those things you’re not satisfied with just because you got here,” Hartless said.