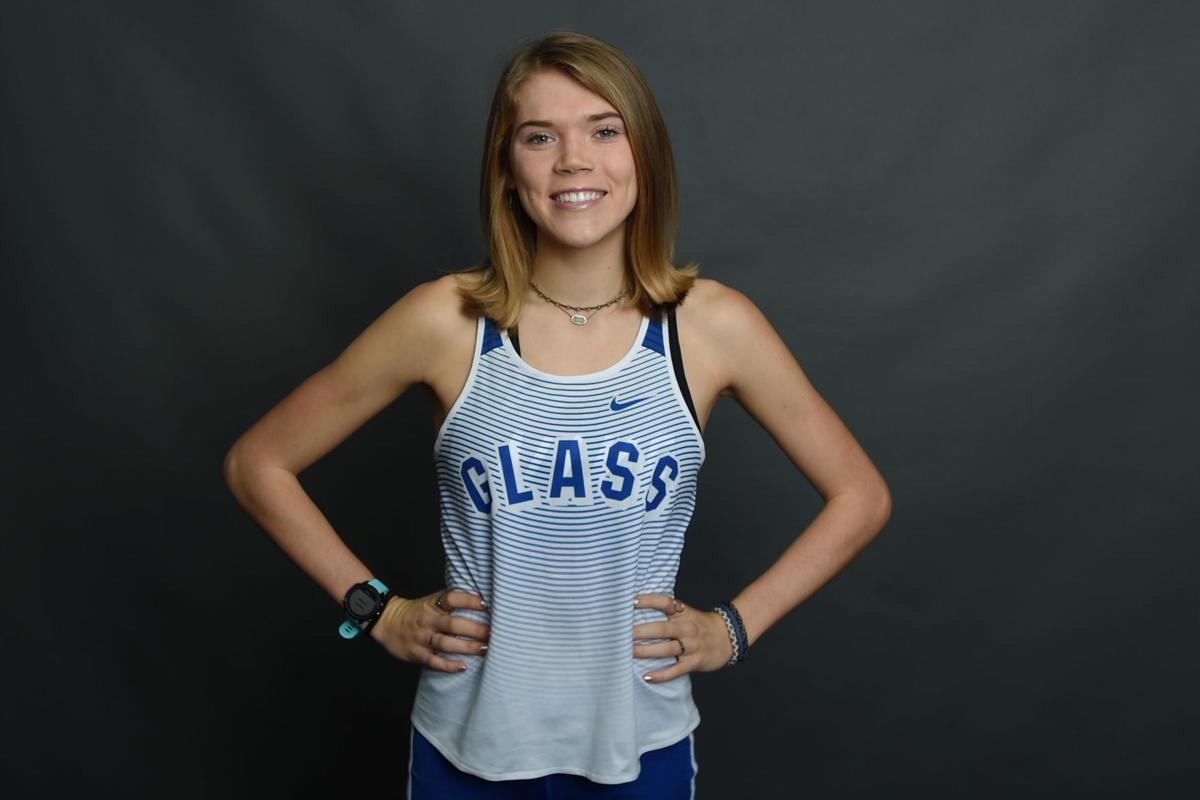 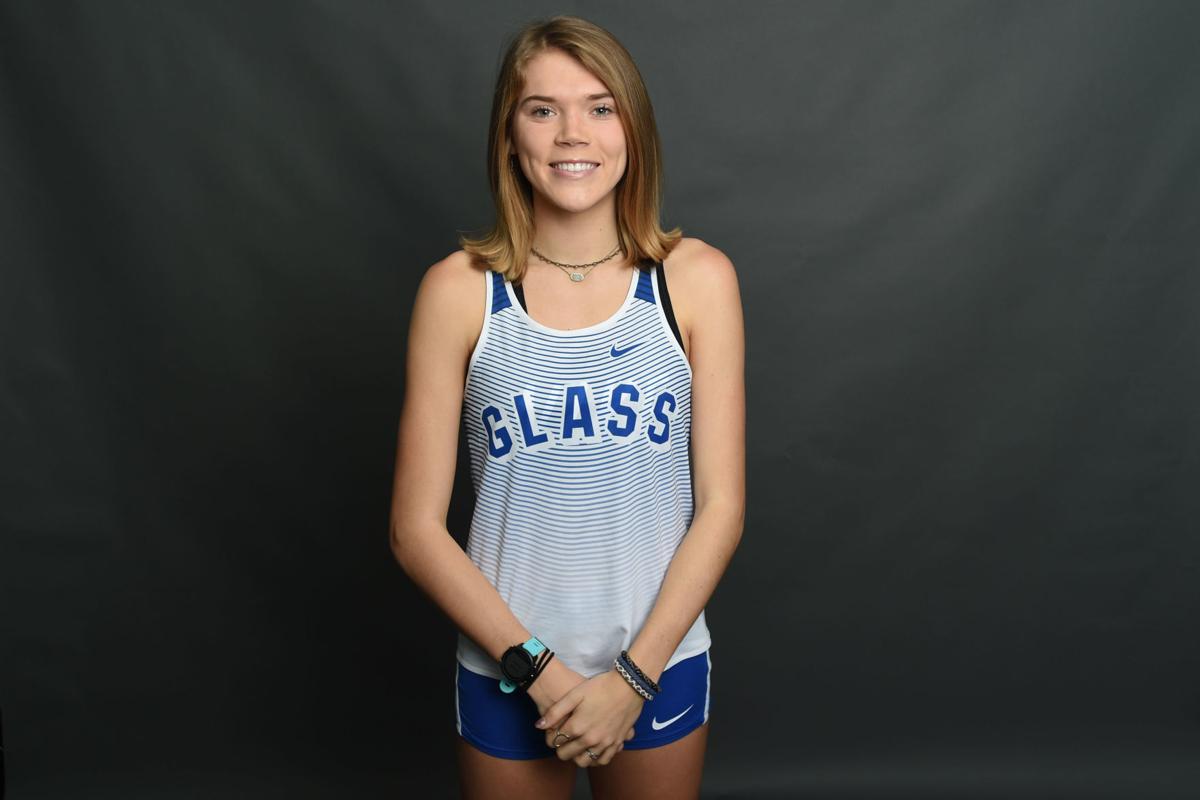 Q: So last year you had the injury and didn’t run as much. This year, getting to run the races you did, was it satisfying to end your career that way?

A: Yes. Obviously having mostly a full season was something that was my goal. I just wanted to start and finish the cross country season strong and feeling good about myself, feeling proud of what I accomplished. I just wanted to have a successful season and end my senior year on a good note.

Q: Let’s talk about how you ended the season. Tenth at states. Did you feel good about that?

A: States wasn’t necessarily my best race. I think I went out too strong. I just had this goal in my head that I wanted so badly, and when I didn’t meet it, I was a little crushed in the end. But obviously I was very happy to be all-state. That was one of my goals, so I accomplished that; I was satisfied with that, but I would’ve liked to have done better.

Q: Your best time was earlier in the season at the Great American Cross Country Festival. How did you feel about that race and competing against people from all over the country?

A: That race was amazing. I felt so strong and so amazing that day, and obviously the results came that I was looking for. I was so satisfied and happy with how I had done. I was racing against some of the best people. Just to be able to put myself in the race and try to go out as hard as I could and stick with them, just to be able to do that was so amazing. It was definitely the highlight of my season.

A: I definitely wanted to PR from my 18:23, so I did accomplish that. Obviously I just wanted to go as low in the 18s as I could, potentially going under 18. But that’s all right [that I didn’t].

Q: You said earlier regionals was one of your best races. Is that because Blacksburg has been really good as a team and you beat those girls? And I think you won it by 25 seconds. Was it satisfying because of that?

A: It was really satisfying. Being able to accomplish that was one of my goals for the season, obviously. [Blacksburg’s] Kaitlynn [Wolfe] and I have been going back and forth for a lot of high school, and she’s a really accomplished runner. So to be able to battle with her and a few of the other Blacksburg girls and to be able to come out [on top], it was just something I was really proud of. More importantly, I was so proud of my team [for qualifying for states]. At the end of the day, that’s what it’s all about.

Q: Have you seen yourself grow in that respect from your freshman year until now?

A: Oh, for sure. Freshman year, I didn’t know what I was doing. It was all new to me. And then going into my senior year, I felt like a new runner, a new person. I’ve gained so much more confidence. I believe in myself so much more. I feel like I have gotten a lot more mentally tough from all the races I’ve done. I’m more motivated.

Q: What are some things you take away from your career, that you’ll remember years from now? Good moments, bad moments, things that you learned?

A: I love running, and getting hurt a bunch of times has been a bummer, but I just had to keep my head up, because I want to do this in college. So high school was just the stepping stone of where I want to be. This is the starting point of my career. Not every day is gonna be my best day in high school, but in the big picture, it’s just one race. … High school, the good and the bad races prepared me [for college].

A: I like pop, rock. My favorite artists are Billie Eilish, Miley Cyrus, Macklemore.

Q: Do you listen to those while you run?

A: I like fast-paced music when I run. I like Eminem when I run. … Something to get me motivated.

A: Favorite restaurant, well there’s so many good ones. I like El Jefe, because I love tacos. My Dog Duke’s Diner, love that. Then also just Mi Patron or Rivermont Pizza. Then my favorite food, I love pasta and meatloaf.

Q: What’s one piece of advice you have for younger runners?

Q: Anything else you want to add?

A: Oh, my favorite quote. I remember you asked me this last year (for The News & Advance’s 2018 all-area girls cross country runner of the year profile) and I didn’t have one. So I found one. Well, I have two actually: “He who is not courageous enough to take risks will accomplish nothing in life,” which is Muhammad Ali. And then, “To give anything less than your best is to sacrifice the gift,” which is [the movie] “Prefontaine.” Those two are very important, very good pieces of advice. Take risks. Be brave. Go out of your comfort zone, and you never know what could happen.

ALL-STAR STUFF: A year after an injury forced her to sit out for several races, Jette Davidson was back to top form for her senior season. In addition to helping her team secure a spot in the Class 4 state championships, Davidson accomplished plenty on her own. Early in the season, Davidson posted a personal best against some of the best competition in the country at the Great American Cross Country Festival in North Carolina, recording a 15th-place finish in the best of the event’s five divisions, the Race of Champions, with an 18:06.5. That time was more than a minute and 20 seconds better than any other personal best of runners from the area. That time was the third-fastest mark posted by a Region 4D runner in any race this season and the eighth-fastest among all runners in Class 4. Later on, Davidson won the Seminole District title by 37 second before going on to capture the individual championship in the Region 4D meet by 25 seconds. Davidson, who is bound for either the University of Tennessee or University of Virginia, capped her high school cross country career by finishing 10th in the Class 4 state championship meet, the best finish for any runner in the area in a state meet this year. In all, Davidson finished six of her races in less than 19 minutes, a mark no other area runner could hit.

ALL-STAR STUFF: Started the season strong with a 22:18.6 in the early season Knights Crossing Invitational that featured strong competition and improved her time with each subsequent race. … Started the postseason with a third-place showing in the Region 1B championship with a 21:42.6. … Saved her best race for last at the Class 1 state championship, where she went under 21 minutes with a 20:49.1 for 11th place, the second-best finish for any area runner in a state championship meet. … Her time was the second-best time for races run by Dogwood District athletes this season, third among region runners and 11th among Class 1 runners.

ALL-STAR STUFF: Consistently posted good times this season, finishing a race in less than 20 minutes three times and in less than 21 minutes four times. … Recorded four top-six finishes, including a sixth-place showing at the Region 4D championship with a personal-record 19:27.7, a time that went down as the second-best in all races run by Seminole District runners and ninth among Region 4D runners. … Also was third in the Seminole District championship. … Finished her high school career with a 21:02.0 at the Class 4 state championship for 52nd place.

ALL-STAR STUFF: At a course described as “brutal” by area runners, posted a second-place finish at the Seminole District championship with a 21:01.35, one of just five times under 22 minutes. … Kept improving in the postseason by posting an eighth-place 19:37.90 in the Region 4D meet, then was 18th at state championships with a personal-record 19:36.0. … Her PR time was the third-best among all finishing times for Seminole District runners this season and 11th-best in Region 4D.

ALL-STAR STUFF: In seven races, finished in less than 21 minutes four times, including at the Region 4D meet and Class 4 state championship. … Posted her best time at regions with a 20:13.5, good for ninth place. … Her 20:18.0 at states was good for a 29th-place finish. … Also finished fifth at the Seminole District championships, becoming one of only five runners to finish in less than 22 minutes.

ALL-STAR STUFF: Posted four times under 21 minutes, including a personal record 20:16.0 at the Foot Locker South Regional that featured some of the best runners in this area of the country. … Two other sub-21-minute times came in the postseason, as she was 12th in the Region 4D championship with a 20:27.7 and a 20:53.0 at the Class 4 state championship. … Also was sixth in the Seminole championships with a 22:03.68, finishing behind only E.C. Glass’ Davidson and four of her teammates.

ALL-STAR STUFF: Delbene again led the Jefferson Forest girls team to more impressive finishes this year by getting solid results from all of his individuals, who consistently finished at the front of the field in regular-season races. In the postseason, the Cavaliers captured another Seminole District title, beating second-place Liberty Christian by 45 points. Under Delbene, JF also was second at the Region 4D meet and fifth at the Class 4 state championship meet.