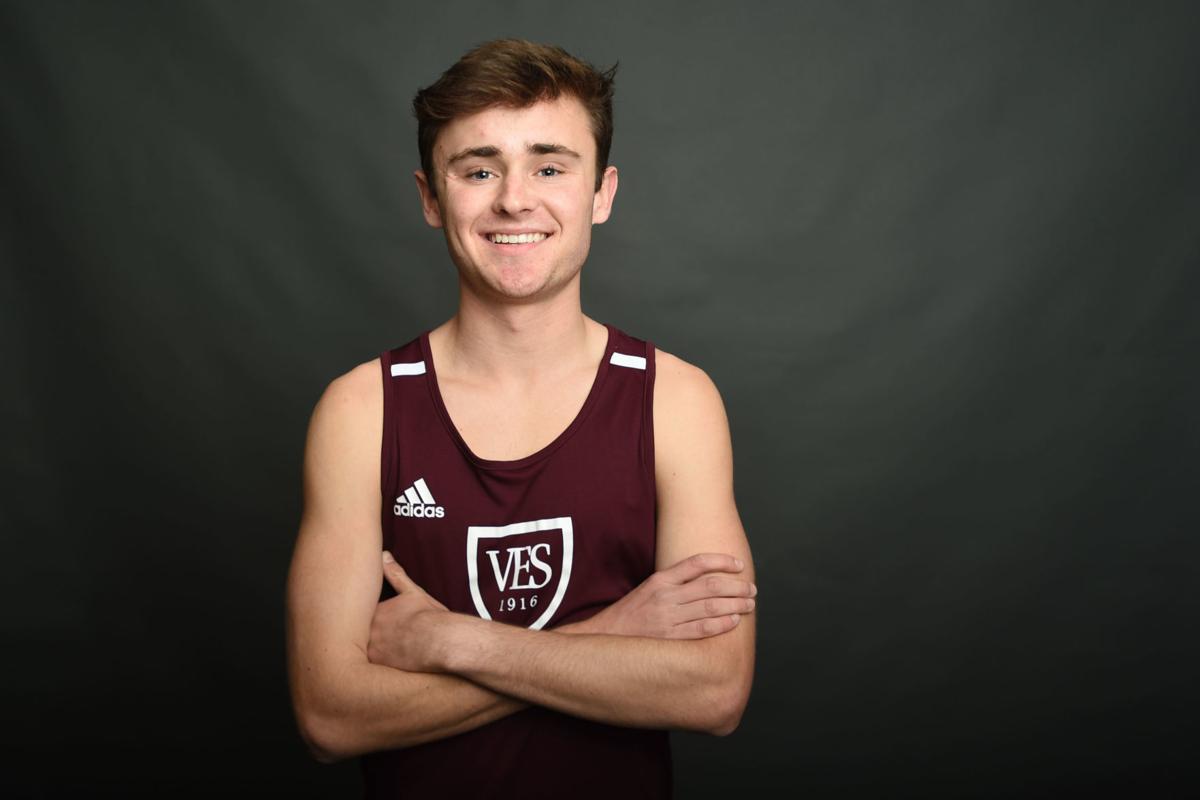 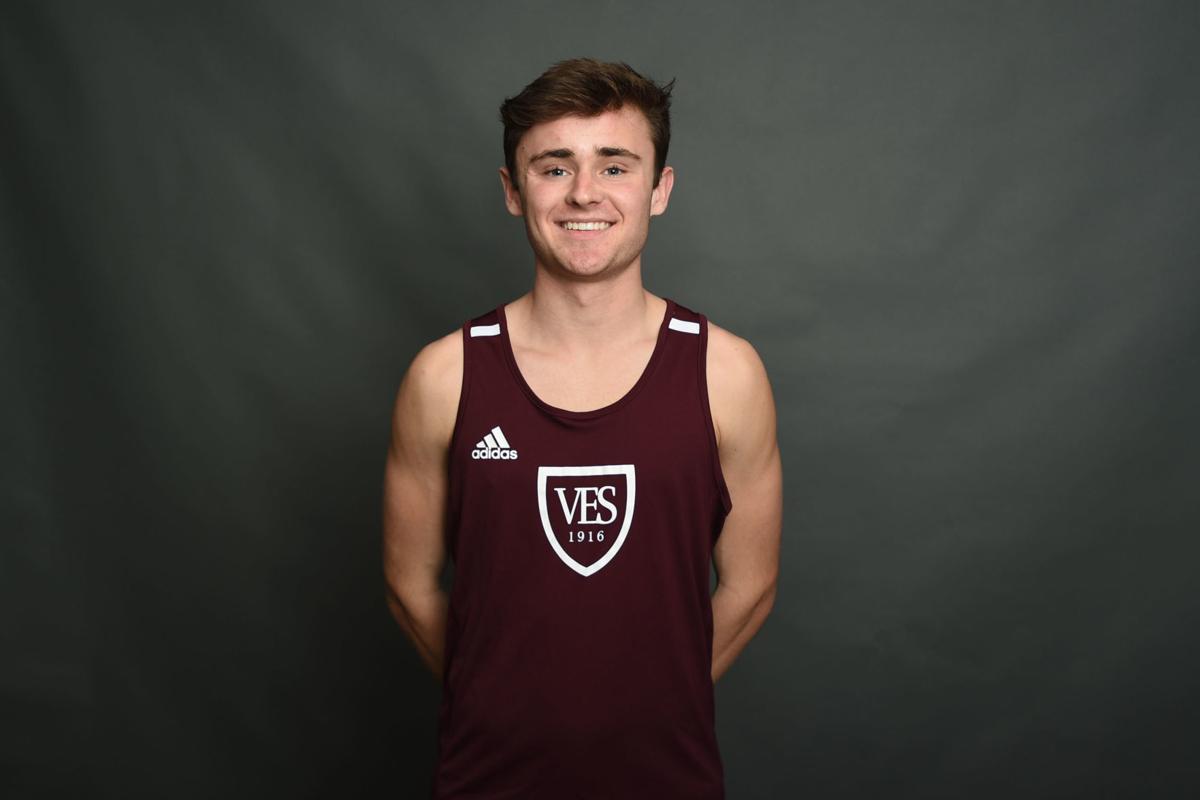 Q: Are there any differences in Bright and Anderson?

A: Definitely different coaching styles, I guess, but I think their ideas and philosophies are pretty similar. I think they had known each other, so they were already used to how the other would coach and everything. It really blended well together.

Q: Could you have scripted your year any better?

A: I really think it went to plan. I was really thankful to not be injured and stay healthy and hit pretty much all the goals. It was just a blast with the team having one last good season, so I was really happy with how it turned out.

Q: Was running a sub-15 (at the MileStat Invitational) one of your goals?

A: Definitely. That was definitely a big goal of mine was to break 15, so I was really, really happy to be able to do it.

Q: Was another big goal to improve on the national level by earning second-team All-American honors at the Foot Locker Championships?

A: I think coming in from last year, I really, really wanted to be in one of those top-10 spots. The whole season was kind of the goal to make it back and then try to get one of those top-10 spots. I think the experience from last year on the course out there really, really helped, just knowing the hills and knowing the turns and everything about it. I think that really helped boost me to a better performance than last year.

Q: What was your motivation throughout the season after earning third-team All-American honors as a junior?

A: I think that one of the big things was pushing for that second [Virginia Independent Schools Athletic Association Division II] team title, just having the first one last year for private schools was really huge for us. Knowing that we could do it again was a big thing. Knowing we had a bigger team this year, a better team, it was nice to be surrounded by guys that really were motivated through the whole year. I think having that big team atmosphere really helped a lot this year to keep going forward.

Q: How much has cross country blossomed at VES since you’ve been there?

Q: Does having more runners help you?

A: I think so. Just having a big atmosphere and a big team feeling — it’s fun to have a few guys but it’s definitely more fun to have a lot of guys in every workout and just everybody working hard. It’s nice to have a big team, for sure.

Q: You didn’t run as many meets this season compared to last season. Was that by design?

Q: Was it easier to pace yourself with that schedule?

A: It at times was nice to have big training blocks and not have to worry about another race coming up and just train for a few weeks and focus on the race in the future versus having to race back-to-back-to-back throughout the season. Kind of having fewer races but more important races worked out pretty well this year.

Q: Did it work out to where you were running in the more prestigious events?

A: I think so, definitely. I tried to get in a couple of pretty big ones and get used to that high level of competition before Foot Locker Regionals and Foot Locker Nationals. Just keying off a couple of big meets here and there to get the legs ready for big meets.

Q: What’s next for you once you graduate from VES?

A: I’m committed to Princeton and I’m really, really excited about that. Great coaching, great guys there, so it’s sad to leave VES but I’m really excited to move in with the new guys on the team.

Q: You had a good list of colleges to choose from in Princeton, Stanford, Georgetown and Virginia. What allowed the Tigers to stand out?

A: The main thing was academics in all the schools I looked at. I loved all the coaches and all the schools, but I think knowing the academics are so good, it was really about finding the right group of guys and the right coaching. I think when I got to Princeton, I really found the culture to be exactly what I was looking for. I think it was really about the people in the end.

Q: Have you decided on a major?

A: Not yet. Still undecided right now.

Q: What’s a moment from this past season that you’re going to remember for the rest of your life?

A: I think probably the most fun I’ve had all season was after the state championship with the team. It was sad in a way and pretty emotional for all the seniors knowing that it was our last one with the team, but at the same time it was so much fun being able to run around and cool down and watch the girls race after we finished ours and knowing that we won and everything. That whole day in itself was probably the best moment of the season with all the guys around me.

Q: What teammate are you going to miss the most?

A: That’s a tough one. I’m just going to say a few, but Josh Buckley, Row Sterne, Thomas Cook, those guys have really been with me for the longest. It’s going to be tough to leave those guys for sure.

Q: Who has been your favorite teacher?

A: I think my favorite teacher, who actually left this past year, Zach Wakefield. He was my AP U.S. history teacher and he was definitely the best teacher I’ve ever had. I’m really sad to see him go this year, but he was a great teacher and a great person.

Q: What are your goals for the indoor and outdoor track seasons?

A: I think definitely to win at least two more state titles for private school, potentially placing high as a team in outdoor states for VISAA. It would definitely be really cool to place highly as a team for outdoor track and improving on my times for last year.

ALL-STAR STUFF: Daniel O’Brien wasn’t satisfied with earning third-team All-America status as a junior. He wanted to accomplish more during his final season donning VES’ maroon and white, and the Lynchburg native checked off everything during a stellar campaign. O’Brien returned to the Foot Locker Championships and finished seventh to claim second-team All-American honors, posting a time that was 21 seconds faster than the year prior. He was the only runner in the area to break the 15-minute mark in a meet this season with a speedy 14:57 to win the MileStat Invitational, and that time was the second fastest in the state behind a 14:55.6 posted by Loudoun Valley’s Carlos Shultz. O’Brien’s schedule was much lighter than in previous seasons to allow him to focus on the bigger meets. He delivered by winning five other events (VISAA Division II championship, Blue Demon Invite, Pole Green Classic, Pacers Running DCXC Invite and Fishburne Invitational), posting the six fastest times in the area, and helping the Bishops repeat as VISAA Division II champions.

ALL-STAR STUFF: Bright returned to VES after a 13-year tenure as the cross country coach at Peddie School in Hightstown, New Jersey, and he continued building on the strong foundation Jen Anderson put in place. The Bishops repeated as Virginia Independent Schools Athletic Association Division II champions with a 46-point triumph over second-place Roanoke Catholic, and Daniel O’Brien earned All-America status for the second straight year. Row Sterne, Colin Walsh and Josh Buckley each posted personal-best times during the season.

To kick off our annual spotlight of All-Area athletes, here's our interview with Jette Davidson, All-Area Girls Cross Country Runner of the Year.