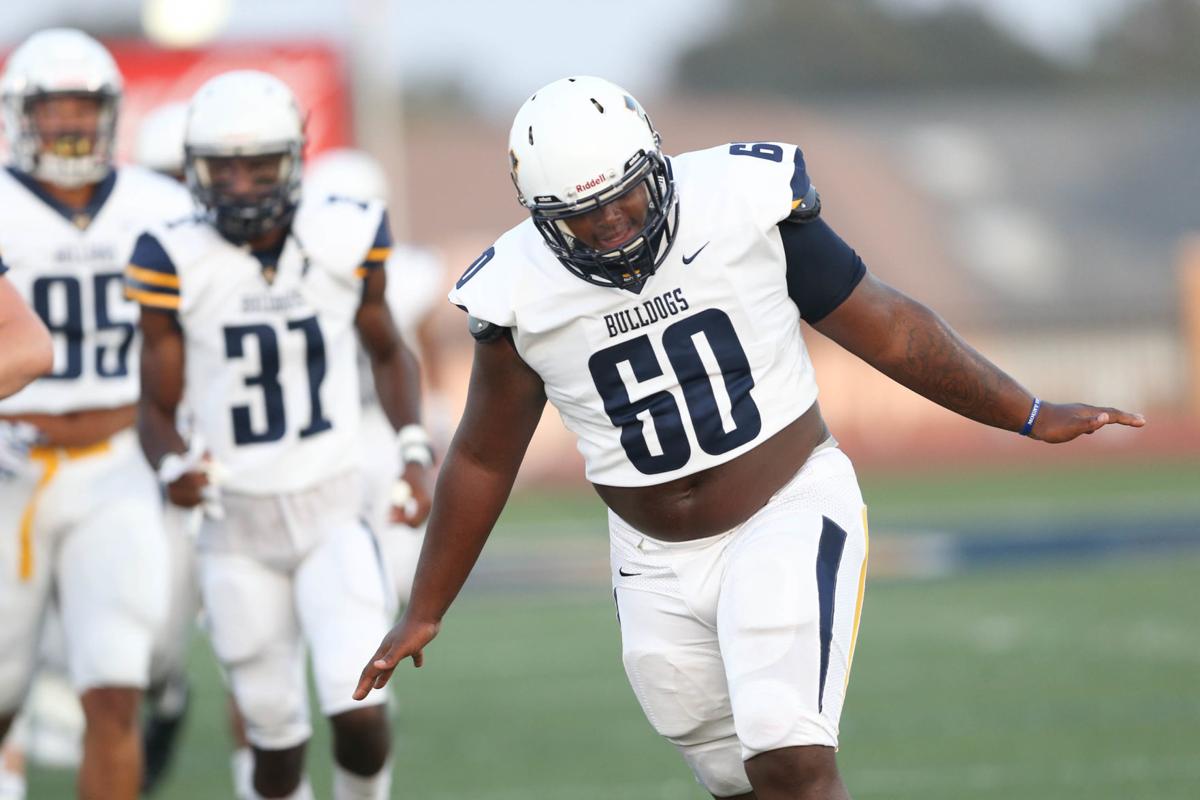 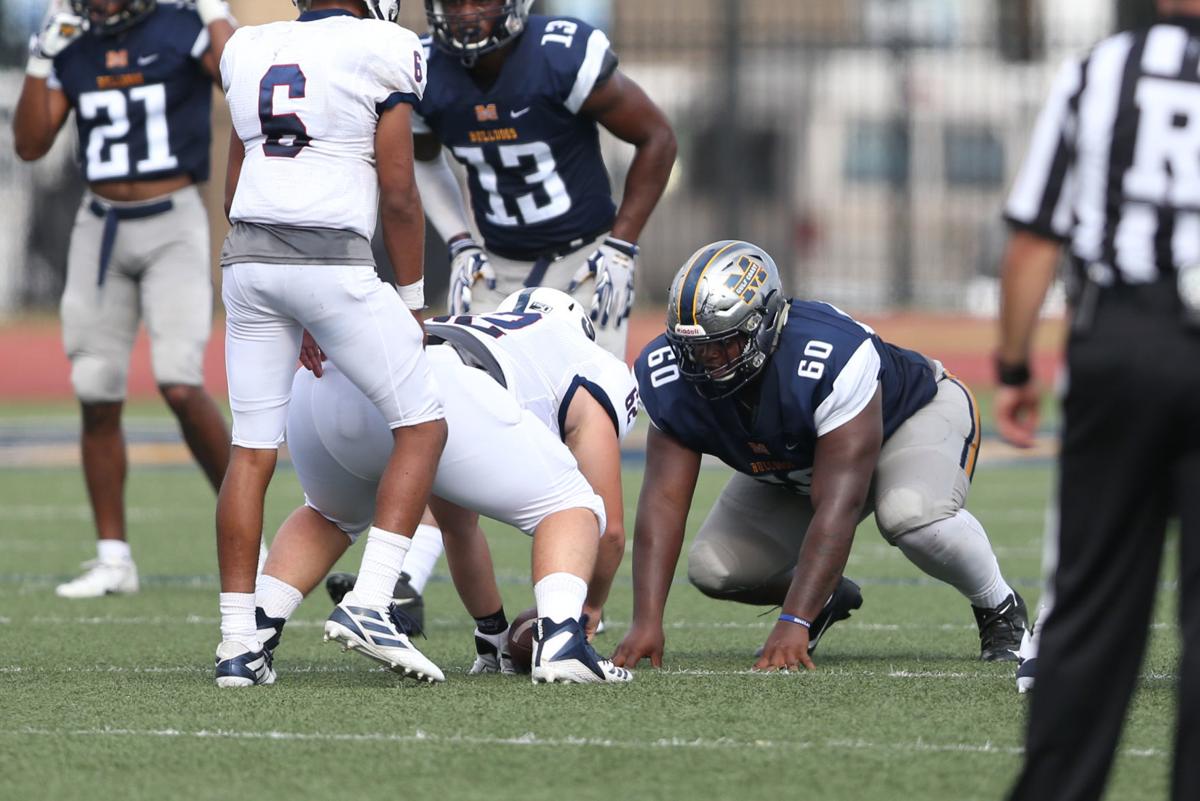 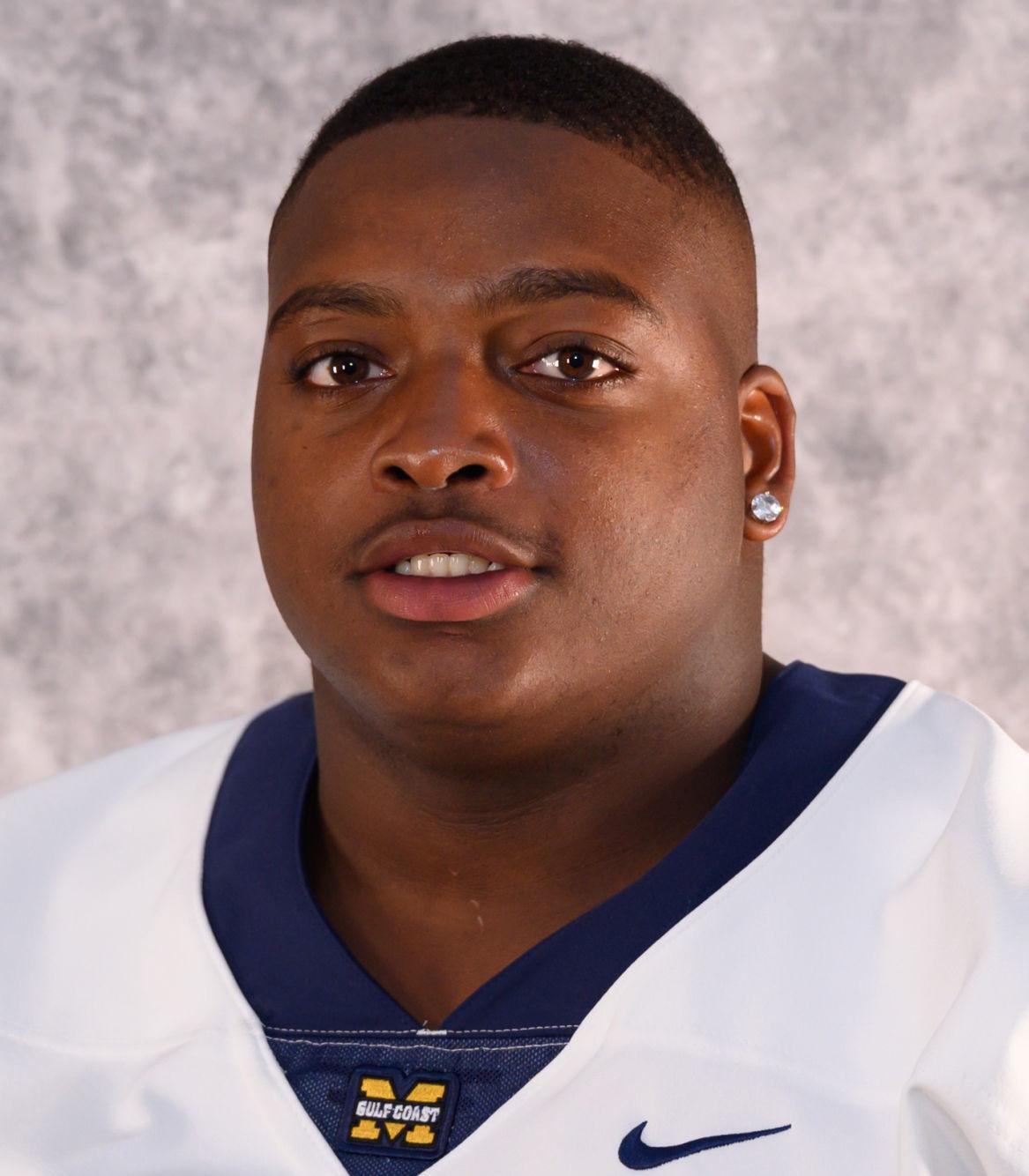 Rod Smith noticed a trend with interior defensive lineman Brian Merritt during practices and in his brief playing time in games: The freshman always seemed to find himself around the football.

It took half the season before the Mississippi Gulf Coast Community College defensive line coach decided to finally let Merritt loose by inserting him into the starting lineup for a Week 6 bout with Southwest Mississippi.

The Bulldogs handily won the Homecoming contest 55-24, but it was Merritt who won over the crowd with his dominating performance in the trenches with an eye-popping stat line: 11 tackles, 4.5 tackles for a loss and 2.5 sacks. It was at that point things clicked for the 6-foot-1, 290-pound lineman.

“Once he was confident to where he’s like, ‘I get it. I get it now.’ I couldn’t hold him back,” Jones said. “He was making plays. We’re all about production here — it doesn’t matter whether freshman or sophomore — I’m all about who’s making plays, who’s doing their job, and he kept showing up, kept showing up.”

Merritt announced Tuesday he will transfer to Liberty following the conclusion of the 2020 season, his sophomore year at Mississippi Gulf Coast. He became the second verbal commitment in the recruiting class of 2021 when he picked the Flames over reported offers from Houston, Troy, South Alabama and UTSA, according to the recruiting websites 247 Sports and Rivals.

The interior of the defensive line is a need the Liberty coaching staff is addressing in the upcoming recruiting cycle. Ralfs Rusins and Elijah James, both projected starters for the upcoming season, are seniors. Elisha Mitchell is another senior, but he will have another season of eligibility remaining after redshirting in 2018.

William Green and Devonte Lloyd, both expected to receive ample playing time in 2020, are redshirt juniors.

Merritt should compete immediately for playing time, and his college experience will allow the defensive coaching staff to bring along the younger linemen at a much more deliberate pace.

“With Brian, they’re going to get a kid that’s going to come in and work hard,” Smith said of what Liberty is getting. “Definitely has a skill set, a unique skill set that, as a freshman when he came in, he worked hard to beat out some guys at his position.

“He does some things that you as a coach, some of those things you can’t coach, and that’s the ability that he has with using his hands. He’s a strong kid; he’s great at football knowledge, and he understands the game. He’s going to play hard and work hard.”

He posted 39 tackles (23 solo), 11 tackles for a loss, five sacks and one fumble recovery.

The Bulldogs primarily play in a 4-2-5 defensive alignment, but use multiple fronts based on down and distance, similar to the type of look Liberty defensive coordinator Scott Symons runs.

Smith said Merritt has lined up at both 3- technique defensive tackle and 4-technique nose guard in MGCCC’s defensive front, and has been asked to line up inside the center and guard, align over the tackle, or line up opposite of the center in a 0-technique.

“The biggest thing for Brian is what I talk about with him all the time. I know he’s going to be able to stop the run and be able to get off blocks, but I tell him I want to see him progressing to where he gets more sacks … and being able to make those plays on the quarterback,” Smith said. “Just getting that sack number up because I know he can, and that’s the part I’ve been challenging him on is just working him on those fine techniques of finishing that aspect of his game and improving it in the pass rush.”

Merritt was named to the Georgia Sports Writers Association Class 7A all-state second team as a senior when he had 60 tackles, 36 tackles for a loss, 10 sacks and 19 quarterback hurries.

He narrowed the list down to Liberty and FAU before choosing FAU on national signing day.

However, he never enrolled at FAU because of grades, according to Smith, and that opened the door for one of the top junior college programs to recruit him.

“One of the things when we were recruiting Brian, that was the most important thing that we stressed as a coaching staff, as a program is getting him out in a year and a half, and academics have been the No. 1 thing since he’s stepped foot on campus, knowing that’s the thing that’s going to get him to where he wants to go and obviously where he’s going to end up,” Smith said.

“He’s made huge strides. We have some things set up academically with the advisors and things like that to help if any of our student-athletes are struggling. We just made sure we stayed on top of addressing those issues when they come, if any, and pressing to find a way to get it done academically.”

Liberty remained in contact with Merritt during his freshman season at MGCCC, and that relationship led him to choose the Flames over the other offers he recently received.

“That was one of the things when coming here; [Liberty] stayed close to obviously his production on the field but also grades, understanding that’s the key to getting him out and for him playing Division I,” Smith said.

“This year is going to be special for him. He knows what’s at stake. I know Liberty’s got a good kid and a good athlete in Brian.”