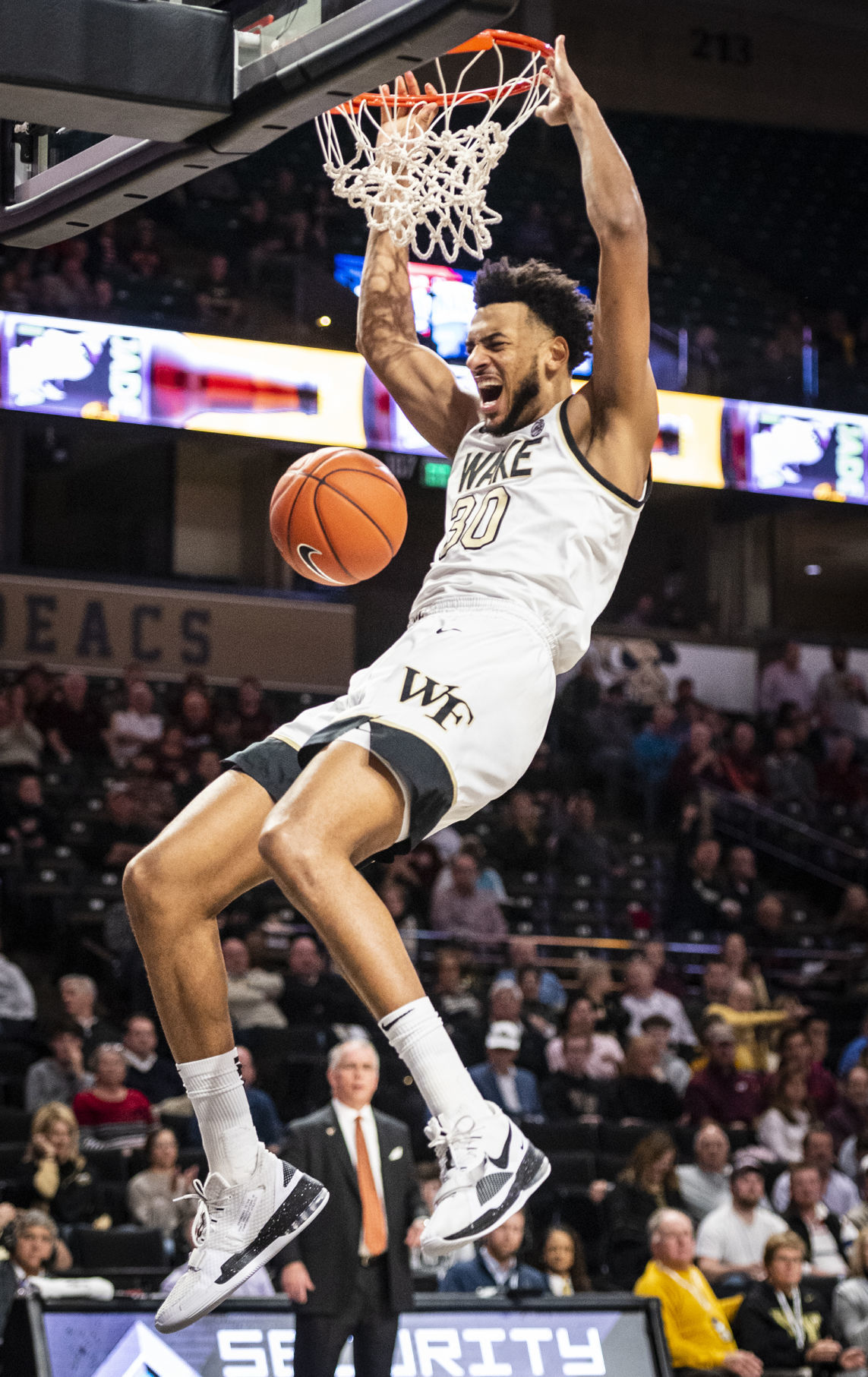 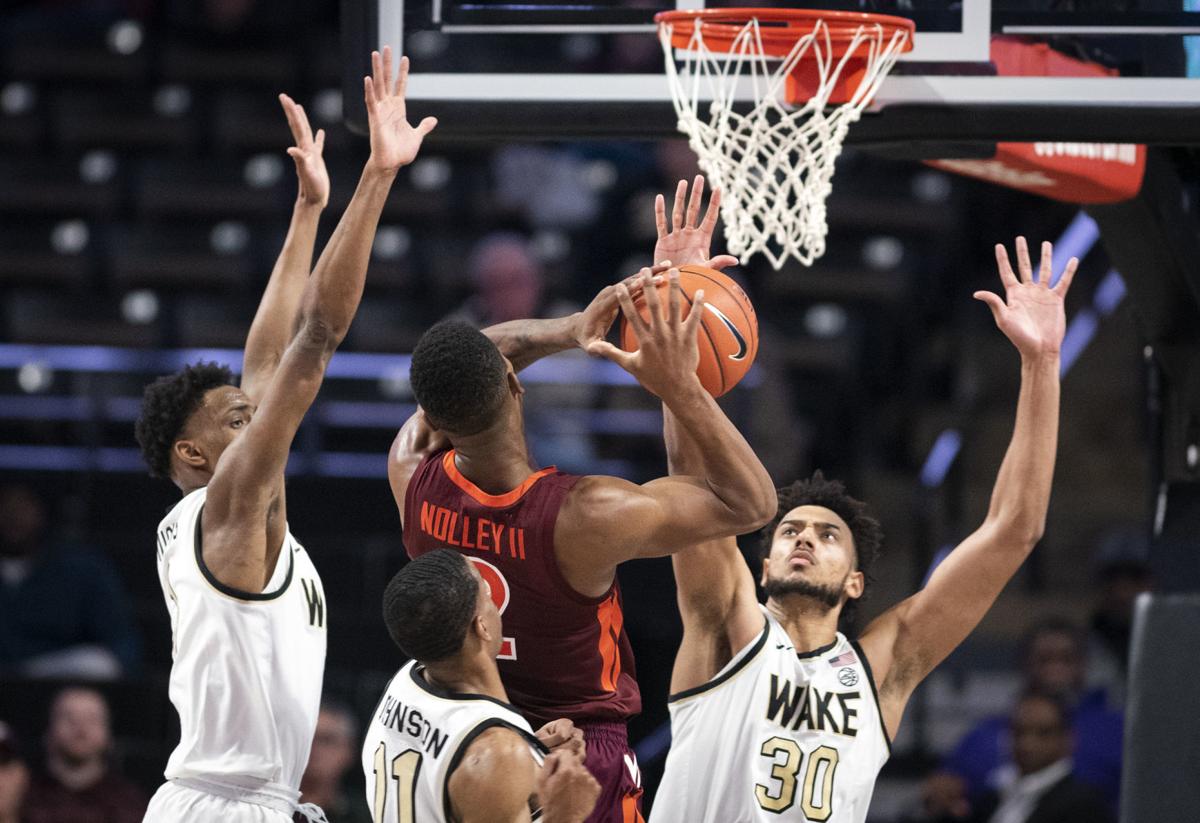 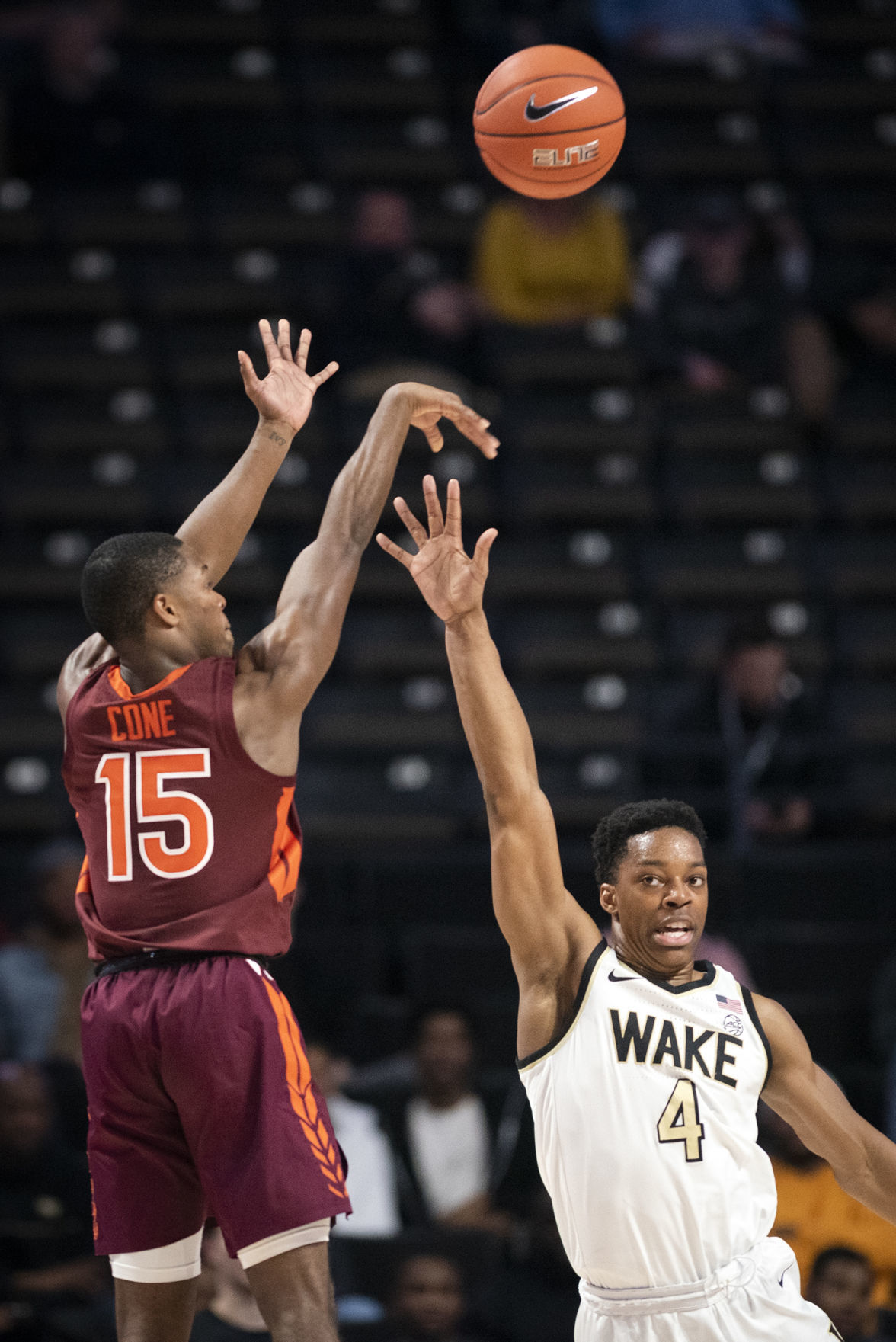 WINSTON-SALEM, N.C. — Make that three in a row.

The Hokies (13-4, 4-2 ACC) began the streak with a win at Syracuse and defeated North Carolina State last weekend.

Three of the Hokies’ four ACC wins have come on the road, including a season-opening victory at Clemson.

Hokies redshirt freshman guard Tyrece Radford scored a career-high 21 points, with two of them coming on a dunk, and snared a career-high 13 rebounds. The 6-foot-1 Radford eclipsed his previous career high of 18 points, which came last weekend.

Redshirt freshman forward Landers Nolley II also scored 21 points for the Hokies, who led the entire second half. Nolley, the reigning ACC freshman of the week, topped 20 points for the second straight game.

It was the first time two Hokies scored at least 20 points in a game since last January, when then-Hokies Nickeil Alexander-Walker and Kerry Blackshear Jr. accomplished that feat against Boston College.

Virginia Tech freshman reserve point guard Jalen Cone, who grew up near Winston-Salem, had 15 points and four 3-pointers. He scored in double figures for the third straight game.

Wake Forest has played without its second-leading scorer and second-leading rebounder, junior guard Chaundee Brown, for each of those three losses. Brown, who has a lower leg injury, averages 13.3 points and 6.5 rebounds.

Wake Forest’s 7-foot center, Olivier Sarr, had 12 of his 18 points in the first half Tuesday.

Demon Deacons guard Andrien White scored 12 of his 14 points in the first half.

Wake point guard Brandon Childress had all 16 of his points in the second half. He only played eight minutes in the first half because of foul trouble.

Virginia Tech entered the game leading the nation in fewest turnovers per game (9.7), while Wake ranked next-to-last in the ACC with an average of 14.9 turnovers.

The Hokies beat Wake Forest for the fourth straight time.

Virginia Tech scored the final eight points of the first half to grab a 33-31 halftime lead. Nolley and Radford each had four points in the run.

The Demon Deacons shot just 34.5% from the field in the first half.

Wake Forest turned the ball over 10 times in the first half to Tech’s four.

Wake Forest was 3 of 15 from the field with seven turnovers at that point in the game.

After beating Syracuse and N.C. State in recent weeks, the Hokies made it three in a row with a 80-70 win over Wake Forest on Tuesday, Jan. 14.