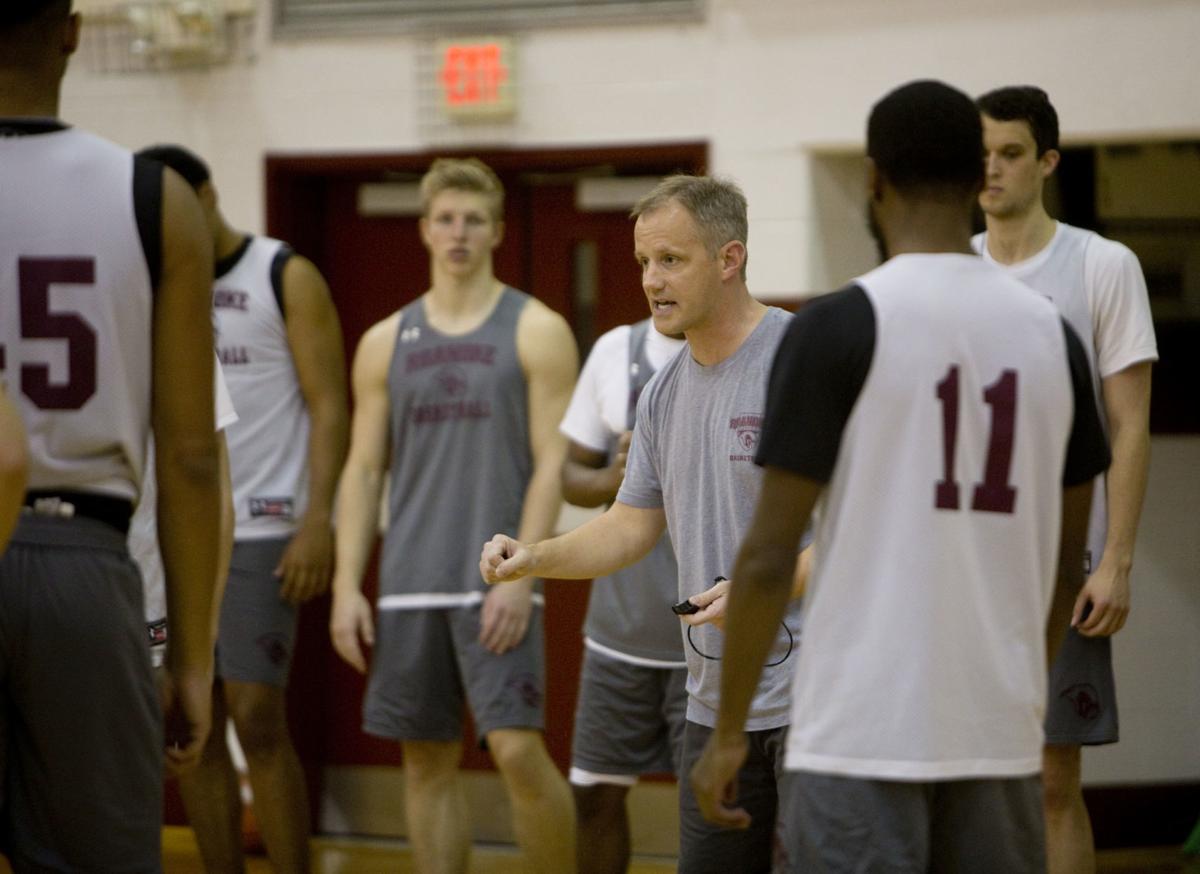 Roanoke men’s basketball coach Clay Nunley, shown addressing his team at practice, has steered the Maroons to a six-game winning streak. Roanoke is 10-4 overall and 4-1 in the ODAC, is tied for second in the league. 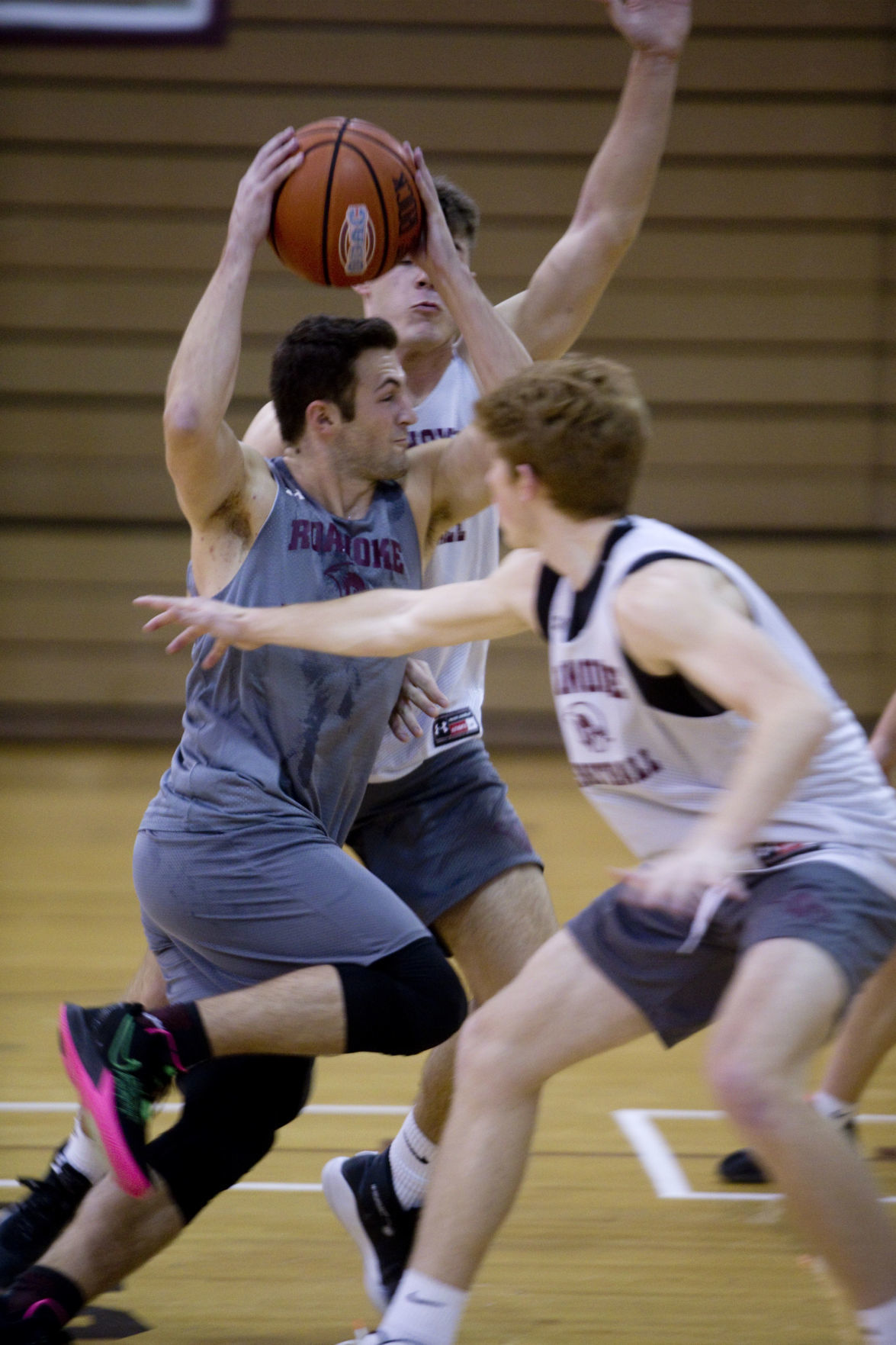 Tripp Greene (with ball), shown in practice, averages a team-high 10.8 points for Roanoke. 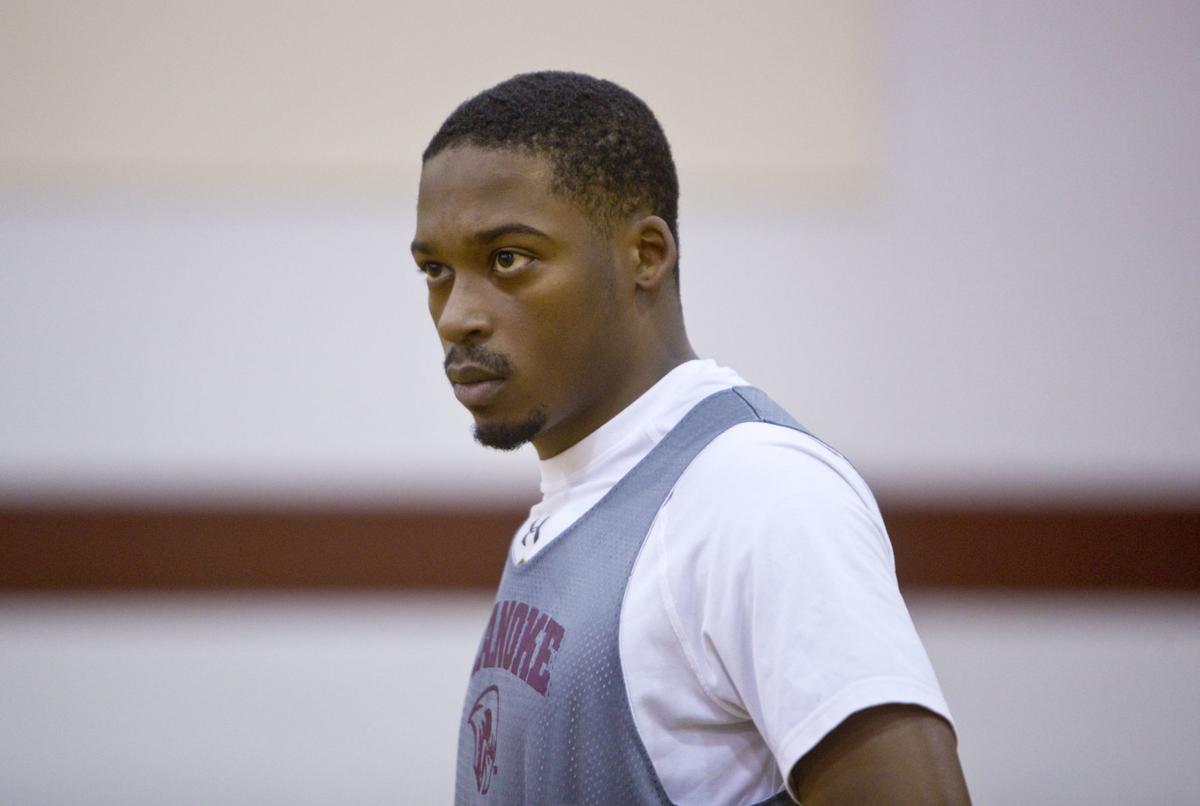 Roanoke guard Caleb Jordan ranks second on the team with an average of 10.4 points.

North Carolina coach Roy Williams says the Tar Heels (1-4 ACC) have been hobbled by injuries. They entered Tuesday tied for last place in the ACC.

Roanoke men’s basketball coach Clay Nunley, shown addressing his team at practice, has steered the Maroons to a six-game winning streak. Roanoke is 10-4 overall and 4-1 in the ODAC, is tied for second in the league.

Tripp Greene (with ball), shown in practice, averages a team-high 10.8 points for Roanoke.

Roanoke guard Caleb Jordan ranks second on the team with an average of 10.4 points.

North Carolina coach Roy Williams says the Tar Heels (1-4 ACC) have been hobbled by injuries. They entered Tuesday tied for last place in the ACC.

The Roanoke College men’s basketball team does not boast one of the top 25 scorers in the ODAC.

But it does boast a six-game winning streak.

Thanks to a balanced attack, the Maroons are 10-4 overall and tied for second place in the ODAC with a 4-1 league mark.

The Maroons have five players averaging from 9.4 points to 10.8 points.

“If you’ve got kind of a clear-cut top guy, sometimes it brings clarity in situations where you have to have a basket. You know where you’re going. But I like having a situation where we’ve got multiple guys that I think are very capable of scoring.”

Roanoke was led the past two years by post player Josh Freund, who averaged 18.4 points as a junior and 18.3 points as a senior. He is now playing professionally in Israel.

“Last year, if Josh didn’t have a good game for us, we probably were going to struggle a little bit more,” Nunley said. “This year, look at Saturday [a win over Shenandoah] — Tripp’s been our leading scorer, he had an off-night shooting … and we still managed to score 77 points.”

The Maroons have four newcomers in their nine-man rotation — one reason the team got off to a 4-4 start.

“He’s among the best on our team at finishing at the rim,” Nunley said. “And because of his length, he’s able to provide a little bit of a defensive presence for us on the perimeter.”

Kasey Draper, a freshman who graduated from Northside, averages 9.4 points.

Ethan Rohan, a 6-7 freshman who graduated from The Miller School in Charlottesville, averages a team-high 6.4 rebounds.

“He’s been tremendous for us as defender, as a rebounder,” Nunley said.

But the Tar Heels are just 8-8 overall and entered Tuesday tied for last place in the ACC with a 1-4 league mark. Last weekend, they suffered their first home loss to Clemson in their history. UNC also lost at home to Georgia Tech and Pittsburgh this month.

Standout freshman point guard Cole Anthony, a top NBA prospect who averaged 19.1 points in the first nine games, has been sidelined since suffering a partially torn meniscus in his right knee on Dec. 12. The first game he missed was the team’s Dec. 15 loss to Wofford. It is not known when he will return.

“We knew that Cole had a chance to be a big-time, big-time player and we tried to set things up that would use his abilities, so losing him was a blow,” coach Roy Williams said.

“But it wasn’t just going to be Cole. We thought that we’d have some other guys that would be able to give us some help in the backcourt, and we’ve lost two three of those guys at different times.

“Cole is a big-time player and when he gets back, we think that’ll be a big positive for our team.

“But [with] … our football team, [quarterback] Sam Howell basically played every down. … That’s a pretty secure feeling. … That’s not the hand that we’ve been dealt this year.”

Sophomore Leaky Black started at point guard last weekend, becoming the fourth Tar Heel to start at that spot this season. K.J. Smith has also started in that position.

The Tar Heels rank 12th in the ACC in turnover margin.

“I’ve never coached a team where I’ve started four different point guards during one season,” Williams said. “We’ve worked on … press offense more this year than any team I have ever coached, and we turned it over three times in one minute and 14 seconds on Saturday.

“When we had Ty Lawson, Raymond Felton, Marcus Paige, I said, ‘Just get the ball, bring it down the court.’ And this season, we’ve been hurt more by a press than all my other 31 years put together. And I think the continuity of the point guard is an issue. But the execution has not been what we want it to be, either, so we’ve got to do a better job.”

The program will debut at 11 a.m. Saturday, then move to 9 p.m. Fridays the rest of the season. Each half-hour show will preview the upcoming weekend’s ACC men’s basketball action.

Ellis will be joining Greenberg, Bilas and Rece Davis on the basketball version of ESPN’s “College GameDay,” which makes it season debut Saturday.