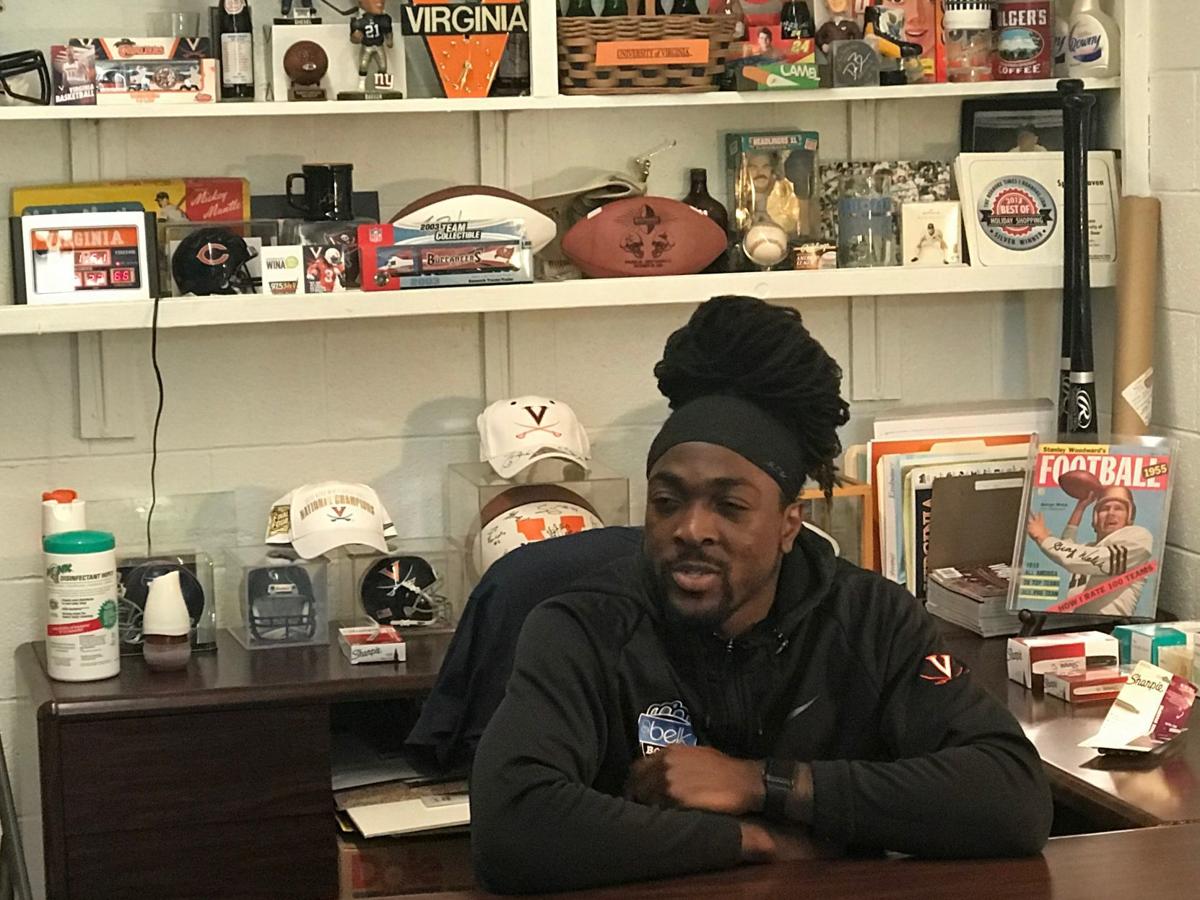 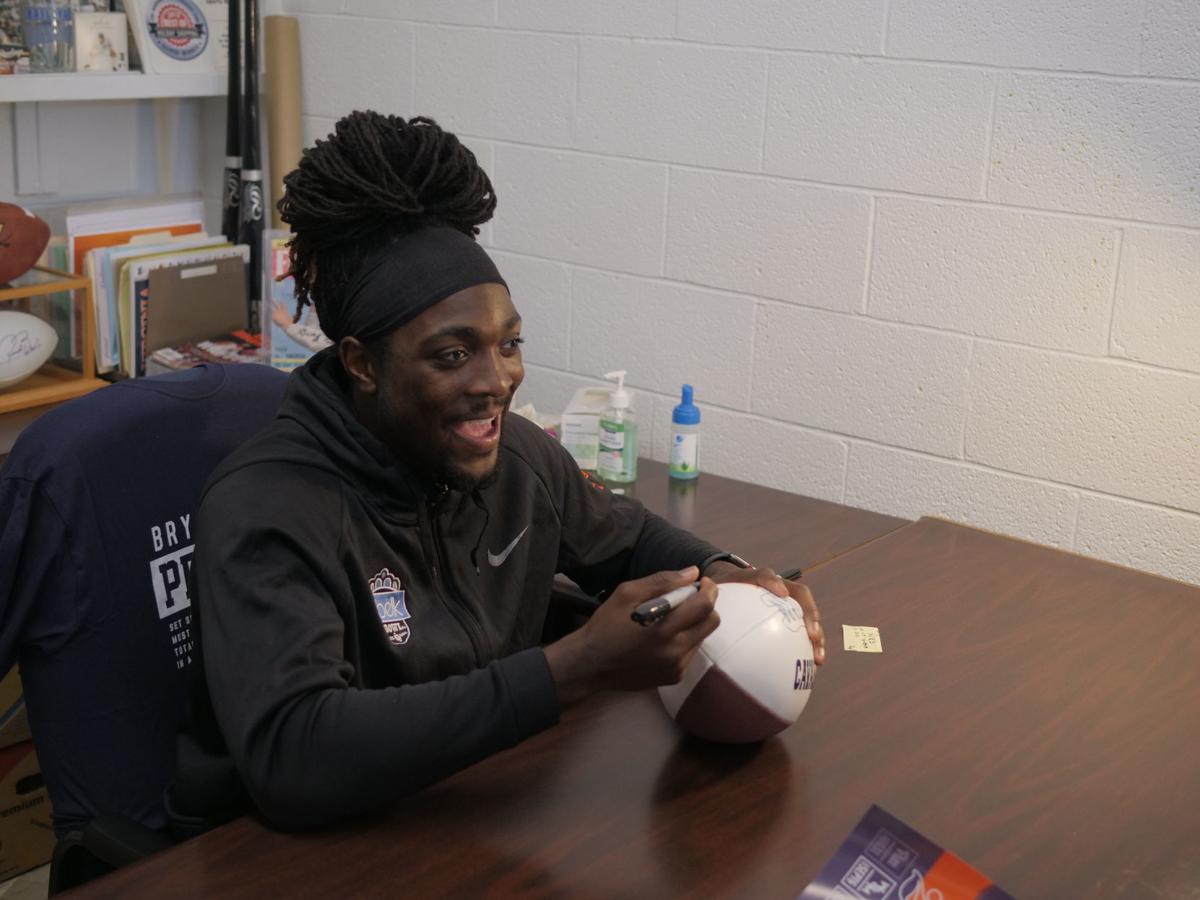 Former Virginia quarterback Bryce Perkins signs a football during an appearance on Sunday at Sports Haven. 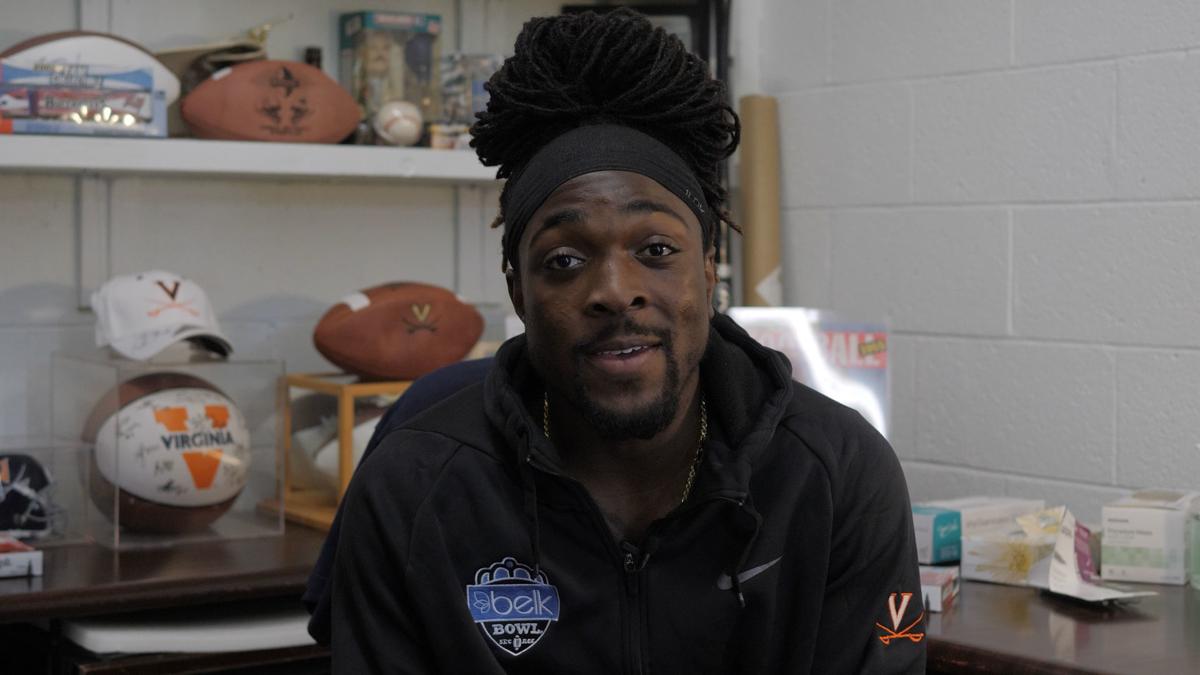 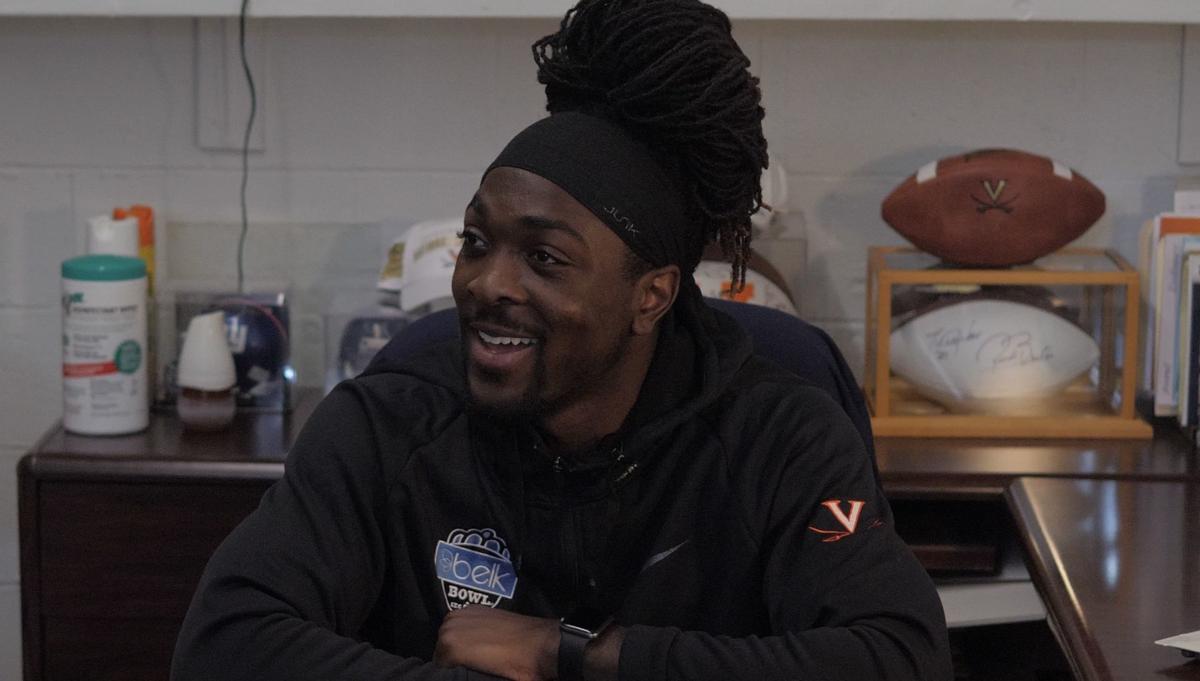 Former Virginia quarterback Bryce Perkins signs a football during an appearance on Sunday at Sports Haven.

Record-setting Virginia quarterback Bryce Perkins needed no introduction to Roanoke when he arrived in the Star City for a promotional appearance Sunday.

“This was actually my second trip,” said Perkins, who signed autographs and posed for photos Sunday at the Hollins location of Sports Haven.

The first visit had taken place in December.

“I had to fly my dog out of here when I shipped her back to Arizona,” he said. “Then, I had to drive back to Charlottesville for practice. It was a long day that day.”

Perkins was a little less rushed Sunday, when he came to Roanoke for a session set up by his marketing group.

“He was a great guy,” Bennett said. “I didn’t know what to expect [from Perkins]. He was accommodating. He was willing to do anything you wanted to do.”

Bennett said all the customers who attended had specific times to enter the building, and there was also security present to make sure

there weren’t more than 10 people in the store at one time. Hand sanitizer was also abundant.

“It went smoother than I ever imagined,” said Bennett, who estimated the turnout at 125, not counting visitors who dropped off items to be signed. “… Everybody would park in their car till it was their appointed time.”

Perkins, who began his career at Arizona State before suffering a fracture in his neck, is a two-time winner of the Dudley Award, which goes to the state’s top Division I college football player.

In just two years at UVa, he broke the school record for career total offense but has not been projected as a high draft pick in the NFL Draft.

Following his graduation from UVa in December, he returned to familiar surroundings in California and was scheduled to take part in Arizona State’s pro day until it was canceled.

Pre-draft speculation does not have him rated highly, “but I’m hearing good things from teams who can’t believe I wasn’t invited to the combine,” he said.

“I feel like I definitely should have been invited, but I wasn’t too heartbroken over it. When things go bad, I just work.

“It only makes the story that much better at the end of the day. I’m used to adjusting my schedule in terms of what I need to do to succeed.”

The NFL Draft is scheduled to begin April 23.

Perkins’ passing numbers are impressive by themselves. He was the Cavaliers’ leading rusher and the success of dual threats like Kansas City quarterback Patrick Mahomes is no longer unusual.

“There are still teams out there that prefer the prototypical, standards 6-[foot]-5 pro-style quarterback,” Perkins said, “but it seems that more and more teams are open to a mobile quarterback.”

He looks back on his Virginia days with much appreciation.

“I didn’t know what I was getting into,” he said. “I had never really been to the East Coast before and definitely had never been to Virginia.

“Coming in here and trusting the coaches and having them trust me, I got into a perfect situation at the right time. I’m happy for every single moment that I was here.”

He doesn’t see the UVa team faltering in his absence and is comfortable with heir apparent Brennan Armstrong, his backup.

“If anybody has seen him practice, he just makes plays,” Perkins said of Armstrong. “You sit back and say, ‘Wow, how did he make that play?’

“I’m excited to see him and what he does next year. We’ll see where the league takes me but, regardless, I’ll want to get back for a few games.”