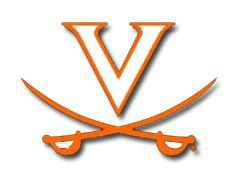 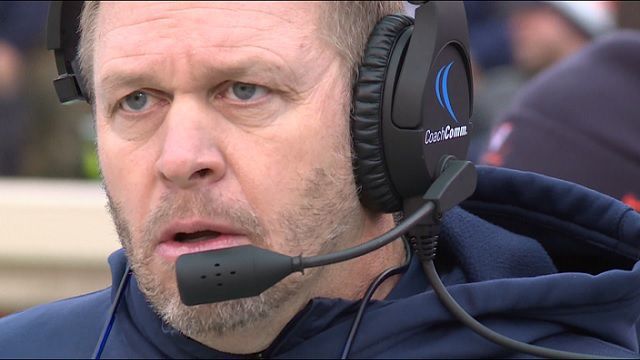 Bronco Mendenhall sports a “playoff beard” during the Cavaliers’ win over Liberty on Saturday.

Bronco Mendenhall sports a “playoff beard” during the Cavaliers’ win over Liberty on Saturday.

CHARLOTTESVILLE — You can tell from the look on Bronco Mendenhall’s face that Virginia’s football team hasn’t lost a game since October.

A three-game winning streak began Nov. 2 at North Carolina and was followed by the Cavs’ head coach putting away his razor.

“It’s a playoff beard,” said Mendenhall of the fuzzy face he had on display Monday at a press conference leading up to Friday’s noon game with Virginia Tech at Scott Stadium.

“I love baseball and so I framed the finish of our season four weeks ago as our playoffs. So, this is the fourth week. The beard stays as long as we’re winning.”

Virginia (8-3, 5-2 ACC) actually has a three-game winning streak that was punctuated by an open date Nov. 16.

“I think Holly has mixed feelings,” Mendenhall said, “but, it’s just fun. There’s no real significance other than one other thing to celebrate the successes of our team.

“It comes from a baseball perspective and I thought that was the right way to frame the finish of our year and, with the chance to get to the Coastal [Division] championship, each game more important than the next. The players are taking it that way, so I’m paying the price with my attempt to grow a beard.”

Who knows how long he would keep it if the Cavaliers were to beat Virginia Tech (8-3, 5-2)?

The Hokies have won the last 15 games in the series, including a 34-31 overtime triumph last year in Blacksburg.

The Coastal Division championship is on the line Friday, along with a spot opposite Clemson in the ACC championship game.

A 55-27 victory over visiting Liberty this past Saturday assured the Cavaliers of at least eight wins for the second year in a row, the first time that’s happened since 2003-04.

“At this point, with back-to-back eight-win seasons, every single goal is still in place,” Mendenhall said.

In terms of personnel, Virginia continues to be without a trio of defensive backs — Bryce Hall, Brenton Nelson and Darrius Bratton — who have been lost for the season. A fourth defensive back, Chris Moore, is listed first at one of the safety spots but did not play Saturday after a violation of team rules.

“It’s still indefinite,” said Mendenhall of the suspension, “and [there’s] no new information to pass along.”

Moore’s suspension resulted in De’Vante Cross’ return to safety, where he had begun the season prior to losing Hall, who broke his ankle in Week 6.

Cross intercepted two passes against Liberty and returned them for 52 and 35 yards.

When Hall went down, Cross moved to corner and Moore took his spot at safety. Moore had started four games in a row before his rules violation.

“We made that change just last week just on Friday because of Chris Moore’s status,” Mendenhall said, “and, so, two of the early communication or assignment breakdowns were simply because of some uncertainty there.

“De’Vante’s just been remarkable. He’s been in so many places; he’s just made the most of it.”