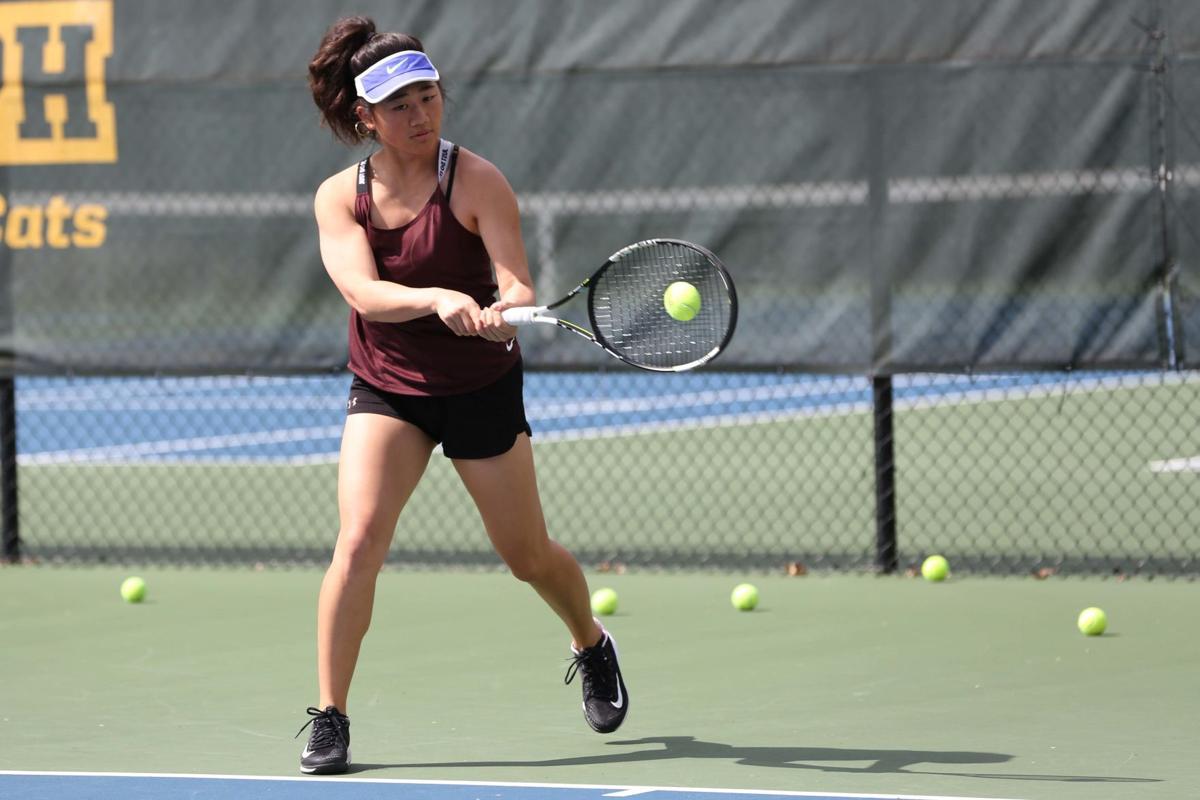 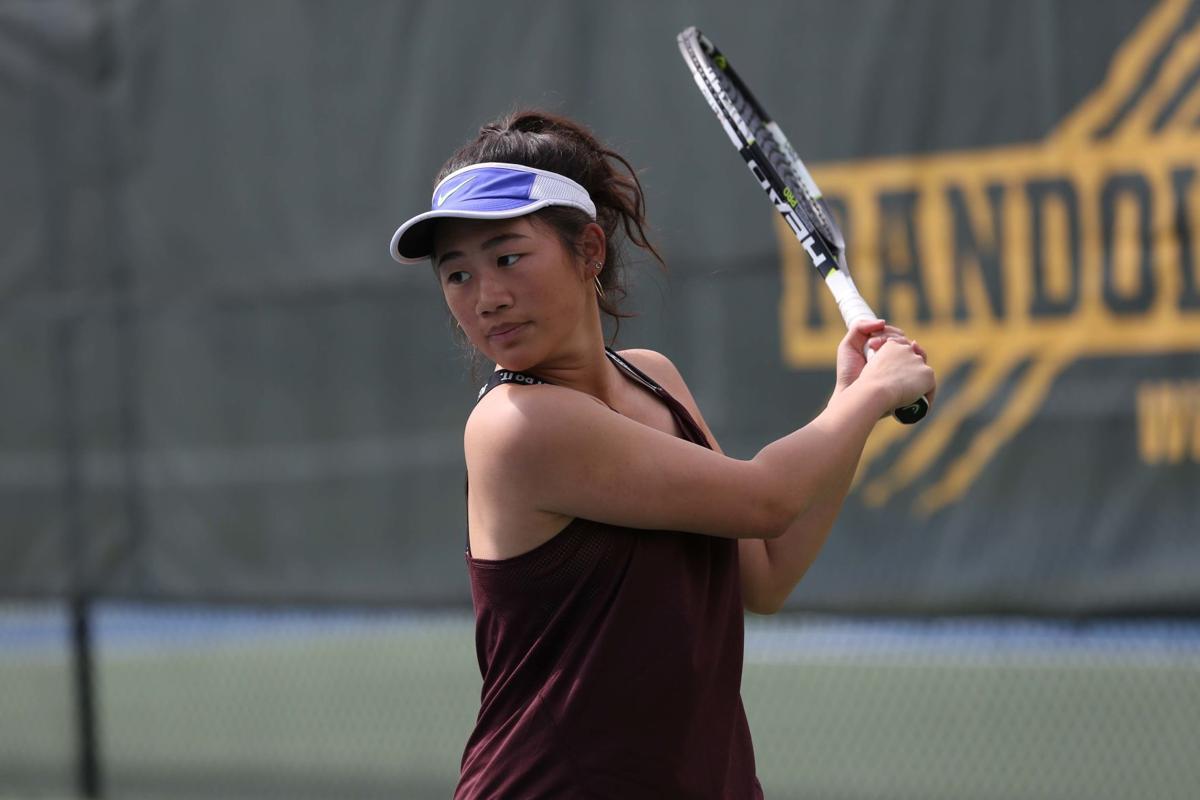 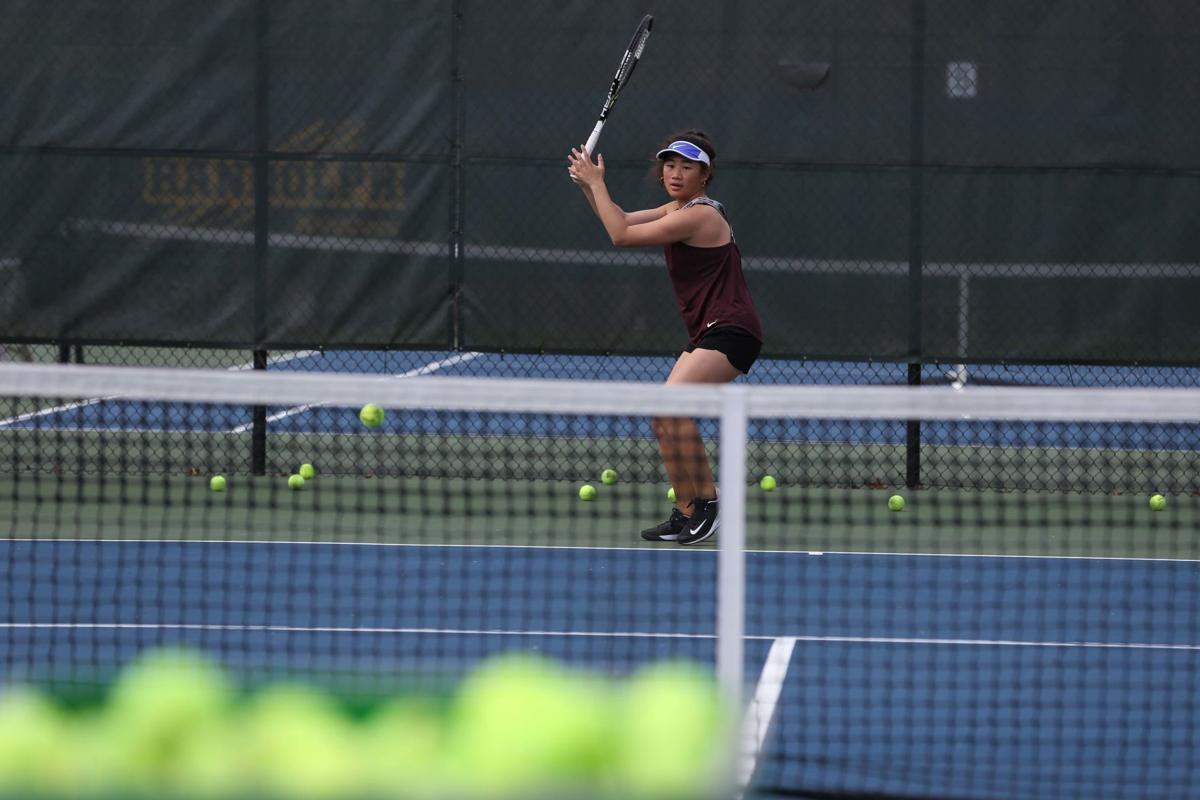 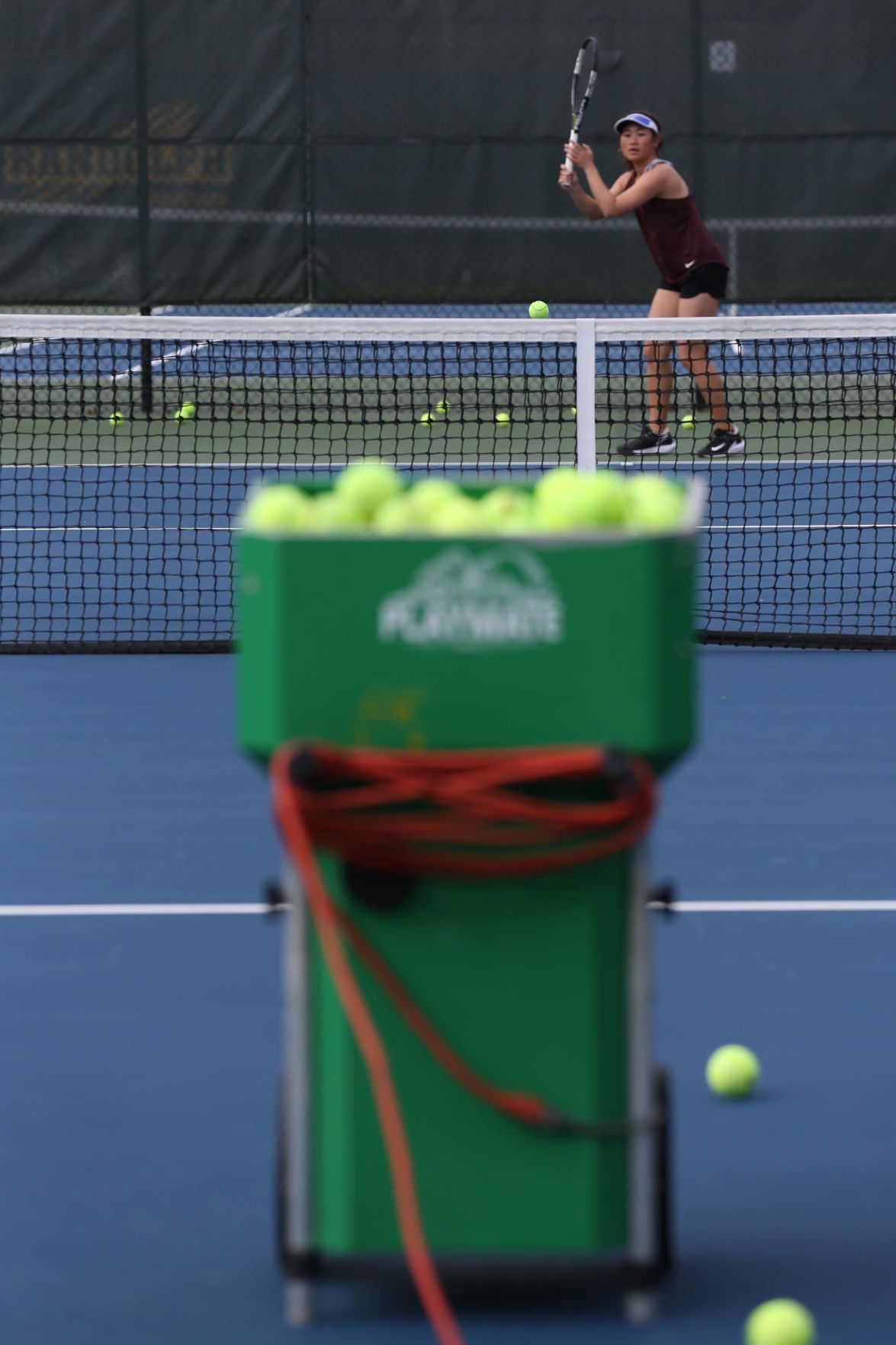 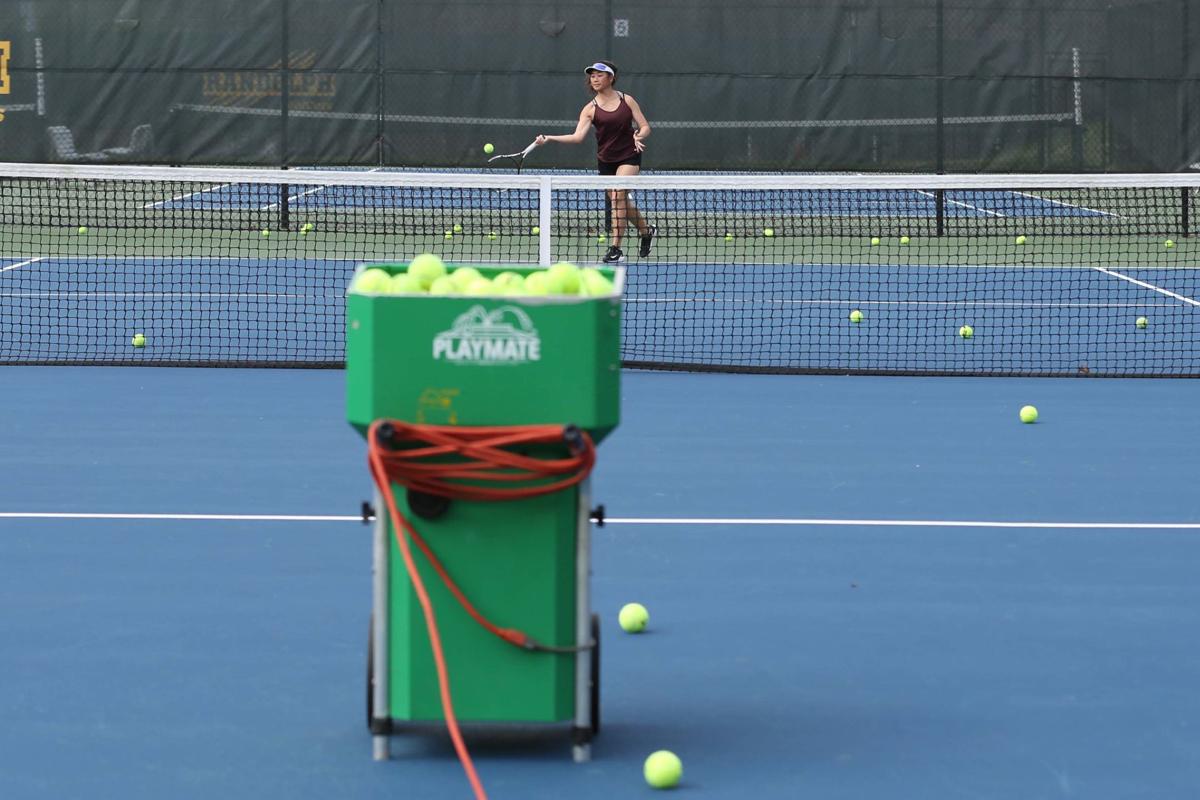 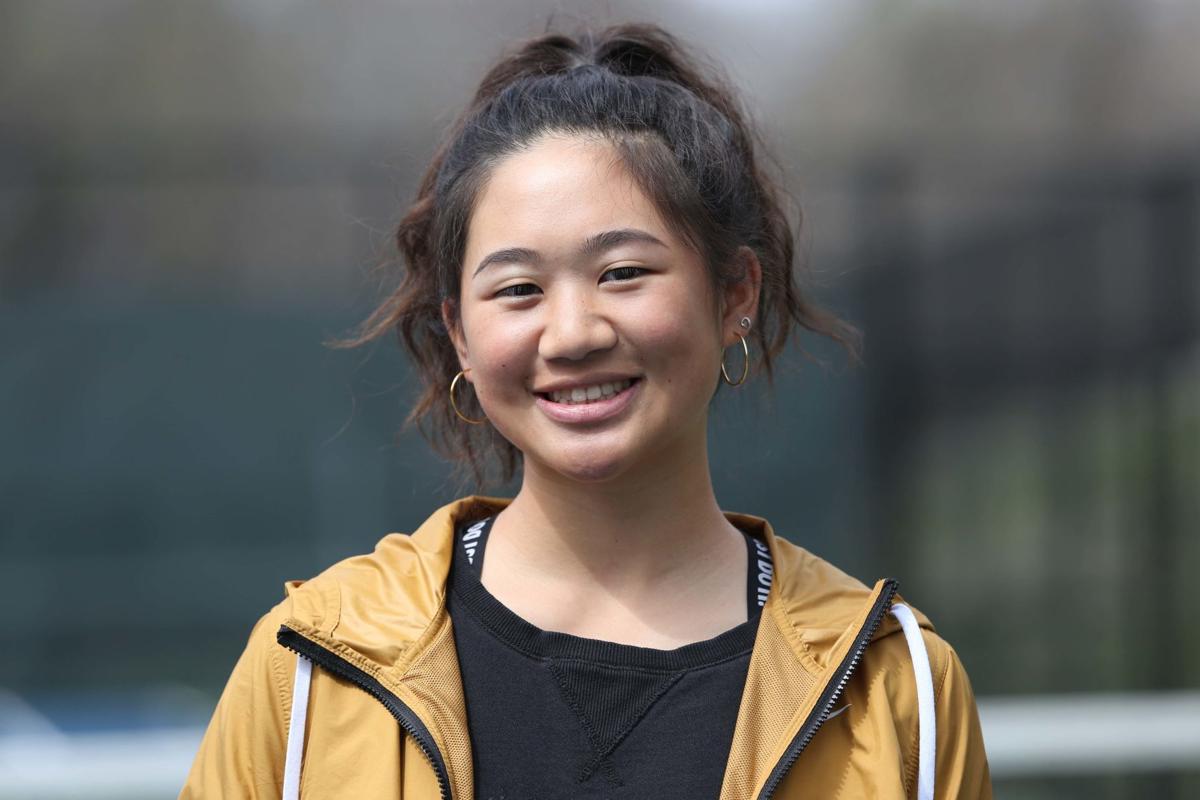 Maybe it came with the news of the NBA suspending its season. Maybe it was when Tom Hanks announced he’d tested positive.

The reality of the novel coronavirus’ consuming power struck at different times for different people, though the magnitude and effects now of COVID-19, as it has made its way to and across the United States, are undeniable.

But well before the U.S. grasped or began to understand just how significant an issue it would become, Keyu Jin already was engaged. For Jin, a senior at Randolph College, people she loved already had been affected.

Jin, a native of Kunming, China, was 8,000 miles away from her parents, — her father, Feng Jin, and mother, Yuan Zhang — when the virus first took hold. Life in Lynchburg went about as usual, but in her home country, the disease found a foothold in Wuhan before spreading quickly across China, including to Kunming.

For weeks, Jin’s mom and dad were quarantined at home, only able to leave to pick up the essentials. Work only recently resumed for the couple, Jin explained.

All the while, Jin stoically went about her business, her concern not noticeable to her friends or her coach, Jamie Megginson, the head of Randolph’s women’s tennis program.

“She didn’t change at all,” Megginson said. “… That’s a sign of her maturity.”

Still, Jin admitted she was uneasy, at times.

“I was more worried about them before, because it was more serious in China,” she said.

Now, the story has flipped for Jin and her family.

Before, Jin would ask if her parents were taking the right precautions, wearing masks and such. Now, it’s the other way around.

“Now China is getting so much better, and now it’s like they’re worried about me,” she said of her parents.

Jin’s health, of course, is at the top of the list of her parents’ concerns with the number of cases in the U.S. exploding in recent days. In addition to trying to stay healthy, though, the senior has been affected in other significant ways, too.

Jin, the player who occupied the top spot in both singles and doubles play for the RC women’s tennis team, has had the sport she came to America to play ripped from her. Her swan song for her college career was cut short.

Last week, the college suspended all athletic activities. On Thursday, the school announced women’s tennis, along with all the other spring sports, had been canceled for 2020.

“It’s kind of a shock, obviously,” Jin, who is applying for jobs and grad schools now, said of the unexpected end to her senior season. “Nobody thought it was going to be ending like this.”

Now, Jin won’t have the chance to become a four-time all-conference honoree. In her first three seasons, she rose through the ranks to become one of the Old Dominion Athletic Conference’s best singles and doubles players, picking up all-conference accolades each year.

Jin was tapped as the No. 1 player for both singles and doubles for Randolph as a freshman. According to Megginson, Jin “earned that spot” by beating out her teammates in inter-squad play that determined the team’s lineup. But from the start of her career, Jin’s ability was obvious.

“It was clear as day that she was going to be our top player,” Megginson said.

Megginson’s confidence in Jin actually extended to the time before she arrived in Lynchburg, Megginson explained.

Jin first crossed Megginson’s radar when Jin was in high school. She’d traveled from China to the U.S. for a showcase at Yale University.

Jin’s talent stood out at that event, but the ensuing recruiting process, as the two exchanged a phone call and emails, made it clear to Megginson that Jin could be successful at Randolph.

When Jin went to the showcase, she was taking a chance, just seeing what options could be available to her in the U.S.

“I just wanted to try,” said Jin, who also explained she spent hours on end on the tennis court most days during her middle and high school years in an effort to become a better tennis player.

Plenty of opportunity — and accomplishments — followed.

Though she didn’t speak English particularly well upon her arrival to Randolph, teammates say it’s hard to even try to remember those times.

“I think, honestly, most of us kind of forget sometimes that she did pick up the language,” said Ashley Schmitz, another senior at Randolph and Jin’s doubles partner.

She and Jin tried to team up as doubles partners during their first couple years at Randolph, but “it didn’t work very well,” Schmitz said. But in their junior season — which turned out to be their last full season together — the two gelled and helped RC turn in a 12-8 record as a team.

According to Megginson, Jin is a reason for her team’s growth over the years.

“How she performs on the court and love of the game just spills into the other girls, and even the guys [team] for that matter, because we do so much together,” Megginson said.

“She’s a very smart tennis player in general,” Schmitz said of Jin, “[but] especially in doubles.

“She knows exactly where to put the ball, how to hit the ball, when to move and when to stay put.”

Jin’s drive to get better every day is on display in her studies, as well. An environmental science major, Jin is especially concerned about making sure her surroundings are healthy. Perhaps that, combined with the personal knowledge she has of the coronavirus’ immense effect in China, is why she doesn’t mince words about what should be done in the U.S.

Individuals, despite having to give up some of the things they enjoy — like she did with the finale to her college tennis career — should do what they can to stop the spread of the disease.

“It’s kind of stupid,” she said, that some people here “don’t care as much” as they should.

Great young lady, she spent a weekend at my mother's house with a friend of hers. She actually speaks better English than most people here. I enjoyed meeting her, so polite and kind, I wish her great success in whatever she chooses.