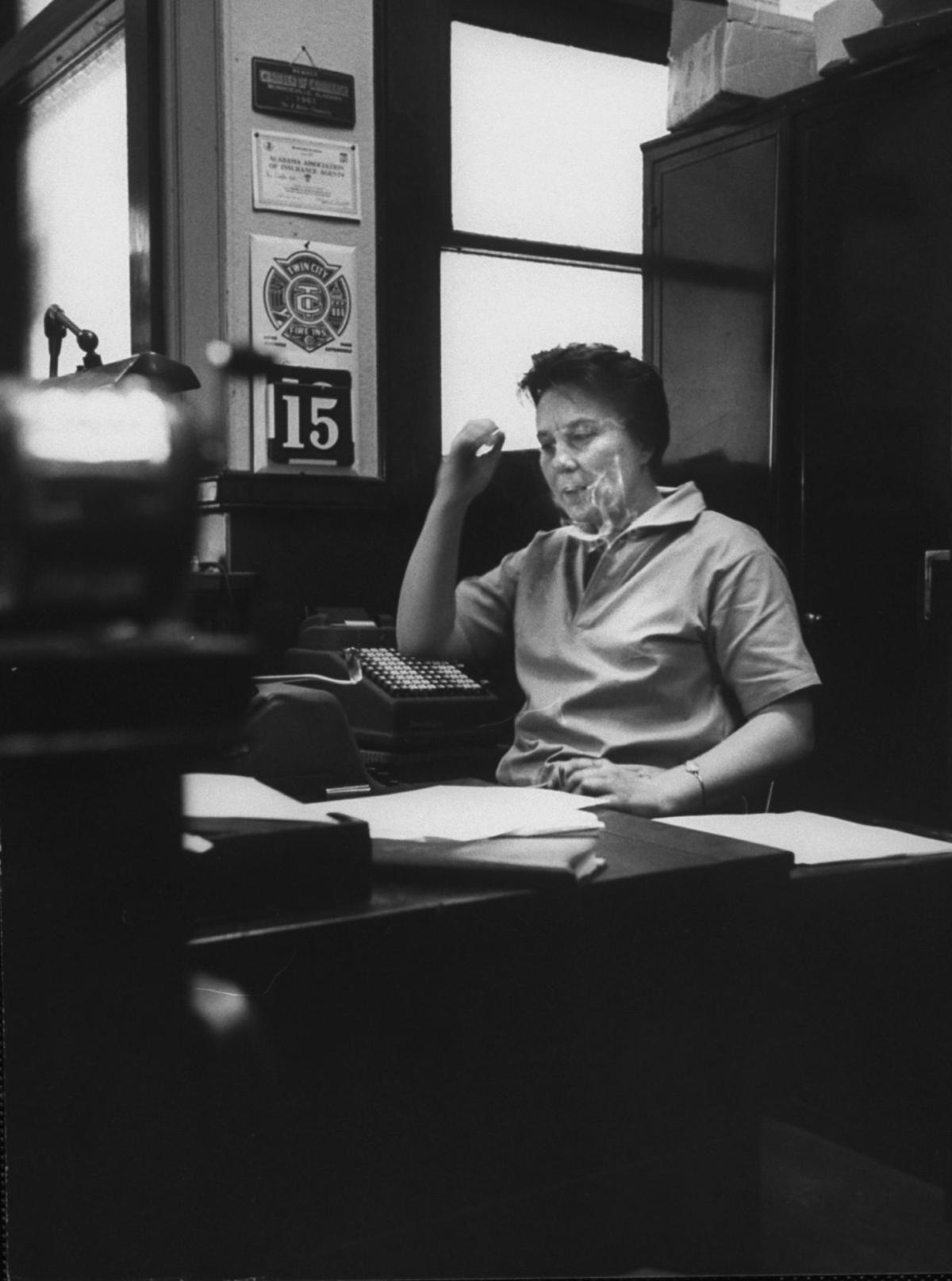 Harper Lee, the author of “To Kill a Mockingbird,” is seen in her father’s law office while on a visit to her hometown in Alabama. There’s a little-known connection between Lee and Central Virginia: She was a former student of Professor Anne Gary Pannell at the University of Alabama, and the two continued their friendship after Pannell became president of Sweet Briar College. It was that friendship that drew Lee to Sweet Briar in the autumn of 1966 to speak to students at the all-women’s college in Amherst County. 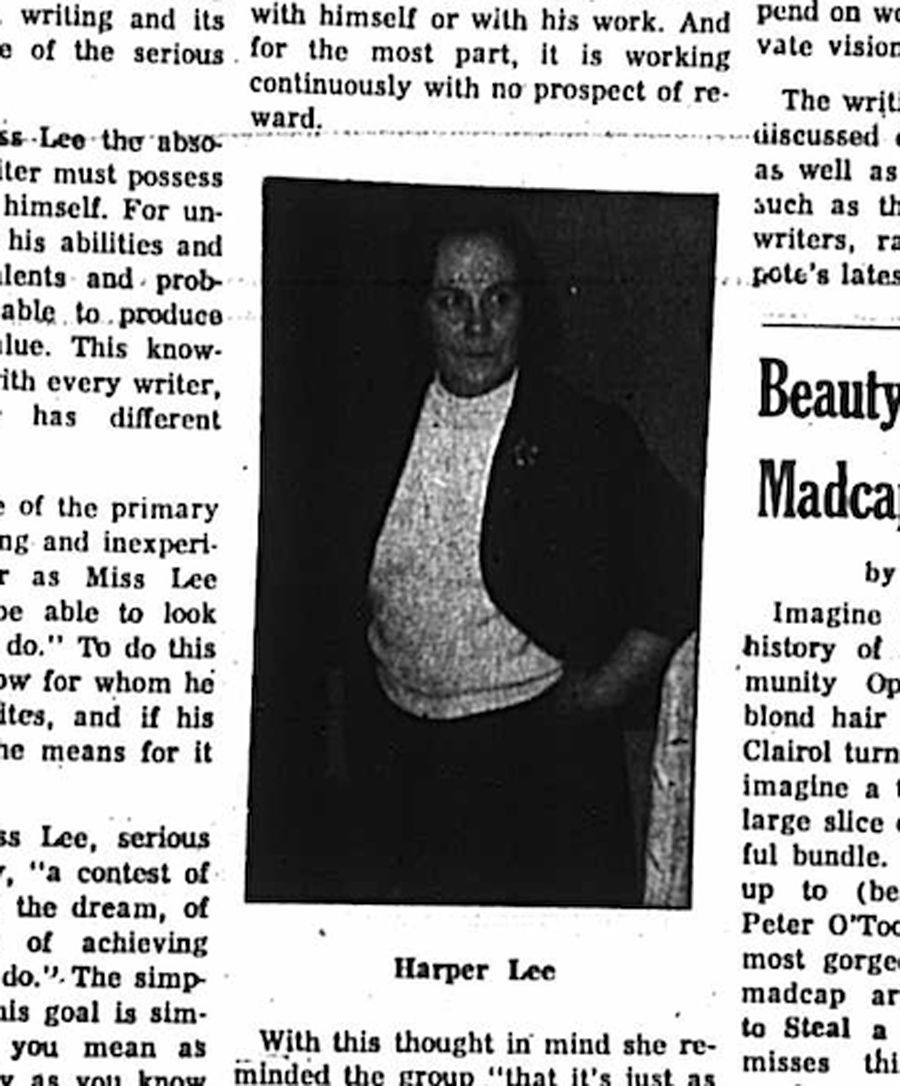 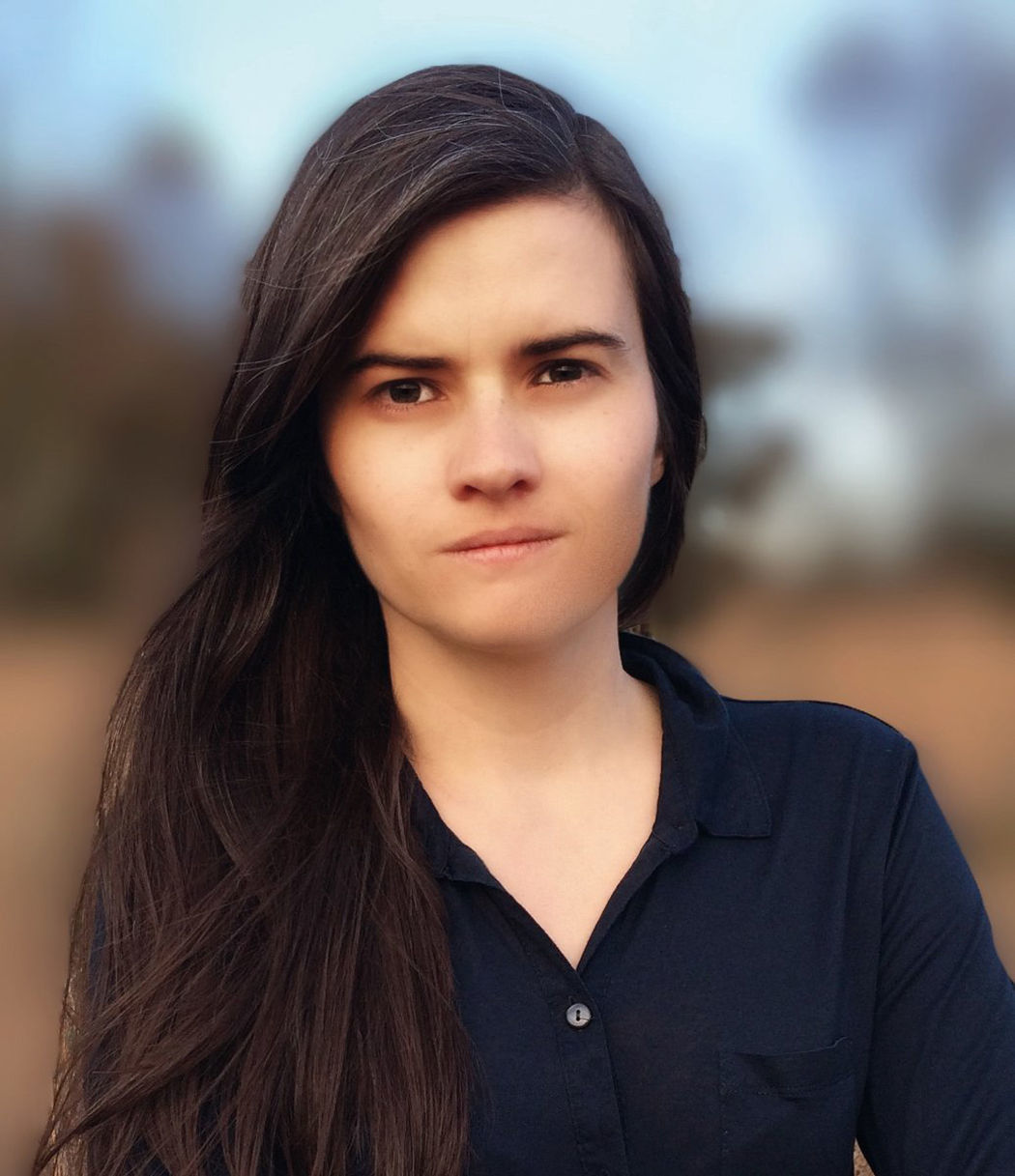 Harper Lee, the author of “To Kill a Mockingbird,” is seen in her father’s law office while on a visit to her hometown in Alabama. There’s a little-known connection between Lee and Central Virginia: She was a former student of Professor Anne Gary Pannell at the University of Alabama, and the two continued their friendship after Pannell became president of Sweet Briar College. It was that friendship that drew Lee to Sweet Briar in the autumn of 1966 to speak to students at the all-women’s college in Amherst County.

Harper Lee had a laugh like Santa Claus. She was witty and warm and down to earth, yet also struck most people who met her as the smartest person they’d ever met. Thirty-four years old when she published her bestselling, Pulitzer-Prize-winning novel “To Kill a Mockingbird,” Lee spent the next few decades pretending that she never had. She split her time between a tiny, rent-controlled apartment on the Upper East Side of Manhattan and a room in her older sister’s house in their hometown of Monroeville, Alabama; in both places, she avoided the press and anything too literary. She rarely talked about her own writing — except, that is, for when she visited Sweet Briar College.

It was the fall semester of 1966, and Harper Lee, then 40 years old, came to Sweet Briar for three days. The president of the college at that time, Anne Gary Pannell, had been a professor of Lee’s when she was an undergraduate at the University of Alabama. Pannell had mentored the aspiring novelist, and Lee had followed in her footsteps by studying abroad at the University of Oxford, where Pannell had earned her doctorate in American history. Both Lee and Pannell left Tuscaloosa around the same time: Lee dropped out in 1949, moving to New York City to become a writer; Pannell moved to Virginia in 1950, taking the job at Sweet Briar College. The two remained close, so when President Pannell invited Lee to campus, the novelist agreed, calling the visit “a small down payment on the great debt I owe you.”

Already a few years into her public silence — she refused to give interviews, much less book talks or literary lectures — Lee pleaded with Pannell, “please don’t expect much.” Lee worried that she might disappoint students, since she had never taken a creative writing class, much less taught one, and she rarely spent any time with young people. But her worries proved unnecessary. Lee charmed the students and faculty of Sweet Briar College, taking meals in the dining halls, drinking coffee in the snack bar called Date House, meeting with two creative writing classes and fielding questions from students in the lobby of Meta Glass Residence Hall.

When William E. Smart Jr., one of the writing professors who had hosted Lee, wrote about her visit for the Sweet Briar alumni magazine, he rounded up reflections from some of his students: one of the girls said Lee was “very warm, intelligent, thought-provoking,” though “she has as little tact as a lady from the South can get away with”; another said she was impressed by Lee’s “honesty and sincerity”; a third noted how the novelist was interested in the students themselves, telling them, “I’m here to find out about you.” Harper Lee had said she was interested in whether or not there was “a new morality” among young people. Protests against the Vietnam War were growing both more frequent and more ferocious, and John Lennon had lately claimed that the Beatles were bigger than Jesus, so by the fall of 1966, even a former beatnik like Lee must have felt conservative compared to the college students.

But politics aside, what the students noticed most was how much Harper Lee sounded like a struggling writer, not a successful novelist. Many of them recalled how difficult she made writing seem, and how much suffering she claimed real artistry required. By then, Lee’s publishers were eager for a sequel to “To Kill a Mockingbird,” but she had not gotten much traction on any new novels, and a short story she had written had been rejected by Esquire. Lee told the students that she worked for six to 12 hours a day, and rarely had more than a single page of prose to show for herself afterward.

The anguished note Lee sounded appears over and over again in the student remembrances: one recalled “her description of the intense pain and uncertainty of writing”; another said Lee had “made it clear that an author’s work is never complete—and that often long hours result only in frustration”; still another said Lee “made no attempt to make us believe that a writer’s life is ‘easy’ or ‘fun.’” Professor Smart summarized her advice to the would-be writers as one of demurral: “Whoever might have thought there was something romantic about being a writer was soon disillusioned.” Lee told the Sweet Briar News that “there is no glamour in writing,” and “it’s heartbreak most of the time.” She said that writing “requires discipline that is iron-fisted. It’s sitting down and doing it whether you think you have it or not. Every day. Alone.”

Lines like that those can be found over and over again in Lee’s private letters, but it was rare for her to be so candid with strangers. Just six years after her astonishing debut, her writing life was already characterized by frustration, writer’s block, perfectionism and renunciation. In the years after “To Kill a Mockingbird,” she toiled away at other books, including a non-fiction project about a series of murders in Alexander City, Alabama.

That true-crime story is the focus of my own book, “Furious Hours: Murder, Fraud, and the Last Trial of Harper Lee.” One of the real joys of working on it was that, although it focuses on the period of Lee’s life when she was trying to write this particular nonfiction work, my reporting gave me a reason to look into her whole life, and especially her life as writer. It was in doing so that I found wonderful stories like that of her visit to Virginia. Harper Lee had plenty of things to say about writing and morality, politics and race, and just about everything else under the sun, but what is striking about her visit to Sweet Briar College is that, uncharacteristically, she actually said it.

Cep is a writer from the Eastern Shore of Maryland. After graduating from Harvard with a degree in English, she earned an M.Phil in theology at Oxford as a Rhodes Scholar. Her work has appeared in The New Yorker, The New York Times and The New Republic, among other publications. This is her first book. She wrote this essay for The News & Advance.