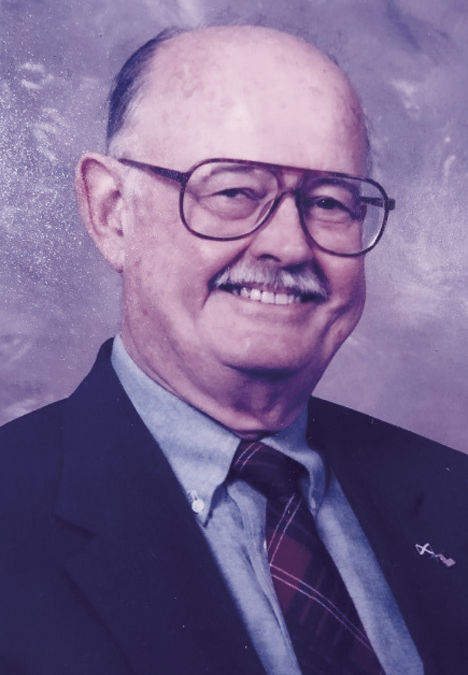 Edward Kent Williams, was born in Lynchburg, Virginia, on July 2, 1934, and died on Monday, March 16, 2020. He was the only child of Edward Williams and Lucy Fenton Kent Williams, and the husband of Emily Louise McMullen Williams for 65 years. He is survived by his wife, two daughters, Lelia Jane Williams Miller (Robert A.) and Elizabeth Louise van Burk (Gerrit); a son, Kent McMullen Williams (Aeran); five grandchildren, Nathan Aaron Miller and wife, Sarah Shreckhise, Kyle Andrew Williams, Kaleb Michael Williams, Courtney Louise van Burk, and Tyler John van Burk; and two great-grandchildren, Emilia Clementine Miller and Theodore Aaron Miller. Ed is also survived by numerous nieces, nephews, and cousins. Ed graduated from E.C. Glass High School in 1952, attended Lynchburg College, and graduated from the University of Virginia School of Architecture in 1962. Prior to attending the University of Virginia, he served in the United States Air Force for four years. He worked at various architectural firms in Northern Virginia, including his own practice, specializing in the design of schools, churches, and fire stations. While living in the City of Fairfax, Ed served as a member, then Chairman, of the Planning Commission. During this time, he also served on the Community Goals Committee and the Northern Virginia Regional Planning Commission. Since retirement, Ed and his wife participated in many Scottish games and Celtic festivals throughout the Eastern United States as well as Canada and Scotland. Ed was a key contact for those seeking information about their family heritage and he extensively researched his ancestry of the Kent, Crawford, and McGavock families. Ed sang in the Culpeper Presbyterian Church choir for 15 years. In lieu of flowers, donations may be made to Culpeper Presbyterian Church. A memorial service will be held at a later date.

To plant a tree in memory of Edward Williams as a living tribute, please visit Tribute Store.
+1
Plant a tree
+1