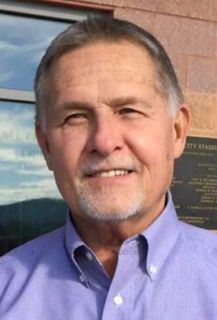 Thursday, August 4, 1949 - Monday, May 18, 2020 Ronald "Ronnie" Wayne Roberts, passed away on Monday, May 18, 2020, after a long battle with cancer. Mr. Roberts was born August 4, 1949, in Bahama, N.C., to Jake and Faye Roberts. Ronnie is survived by his two daughters, Jennifer O'Briant and Kelly Ellington (Greg); sisters, Jeanine Craig (Jerry) and Shelby Infinger (John); grandchildren, Abbey O'Briant, Ella O'Briant, Grant Ellington and Mason Ellington, and fiancée Renee Biache. Ronnie attended Mangum Elementary School in Bahama, N.C., and graduated from Northern High School in Durham, N.C., in 1967. He played baseball and football at Northern High School. In 1971, he graduated from Methodist University in Fayetteville, N.C., with a BA degree. He played baseball at Methodist and ran cross-country. He served in the USMC Reserves from 1971 until 1977. After graduation from Methodist, Ronnie farmed tobacco with his uncle for two years. He later was a branch manager for Central Carolina Bank in Roxboro, N.C., and then an agent for Farm Bureau Insurance. In 1991, Ronnie moved to Lynchburg, Va., to work for the Lynchburg Red Sox as their head groundskeeper. In 1993, he was promoted to assistant general manager and then became general manager in 2016 and retired in 2018 from the Lynchburg Hillcats organization. Ronnie was a member of Mt Bethel UMC in Bahama, N.C. He was inducted into the Methodist University Athletic Hall of Fame in 2015 and the Northern High School Athletic Hall of Fame in 2017. Ronnie was an active member in several clubs and organizations, including the Lynchburg Hillcats Booster Club, Lynchburg Sports Club, The Miller Home for Girls Advisory Board, and Seven Hills Lions Club. He was an ambassador for the Lynchburg Area Chamber of Commerce. A graveside funeral service will be conducted 1 p.m. on Saturday, May 23, 2020, at Mt. Bethel UMC Cemetery, 1605 Bahama Rd, Bahama, NC 27503 by the Rev. Norma Roberts. In lieu of flowers, the family is requesting that donations be sent to The Miller Home for Girls, 2134 Westerly Dr., Lynchburg, VA 24501 or Seven Hills Lions Club, 257 Kirkley Cir., Forest, VA 24551. Heritage Funeral Service and Crematory, (434) 239-2450 is assisting the family. Memories and thoughts may be shared with the family at www.heritagefuneralandcremation.com.