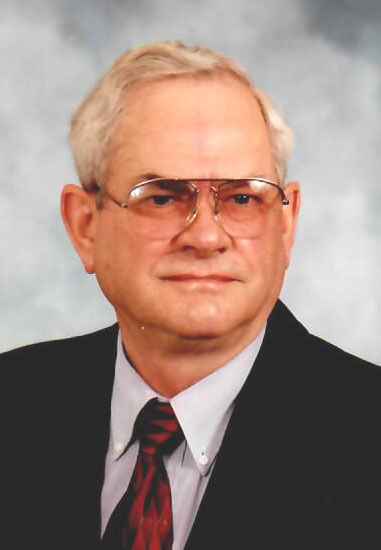 Clifford Owen Rhodenizer, 86, of Phelps Branch Road, Appomattox, Va., passed away on Friday, March 20. 2020. Rhodenizer is survived by two children, Donna Jean (Appomattox), and Clifford Jr. (Cathy) of Roswell, Ga. He was preceded in death by brothers, Albert, Harry, Clinton, John William, Lawrence Jr.; and sisters, Elizabeth Davis, Virginia Black, Edna Turner, and Mary Anna Davis. Born and raised on a farm in Rockbridge County, Rhodenizer was the son of Lawrence John and Mabel Robinson Rhodenizer. He graduated from Effinger High School and was drafted into the Army where he served at Arlington and with the 529 Military Police Honor Guard Company, United States Army Headquarters, Heidelberg, Germany. On August 1, 1958, Rhodenizer was employed by the Virginia State Police and after basic training received assignments to Alexandria and Roanoke. In June 1968, Trooper Rhodenizer, with the help of his wife, Betty, designed the seal for the County of Roanoke based on the scenic view and the activities of native Americans who hunted and fished in the Roanoke Valley. The area at that time was called Big Lick. The seal was officially adopted by the Roanoke County Board of Supervisors in June 1968 and has been used on all government, school, buildings, and stationary. Rhodenizer became active in local organizations, including the Masonic Fraternity in which he advanced to the highest level of officers. He was appointed Deputy Grand Master of the 26th Masonic District. Rhodenizer was a 32nd degree Mason, served as a Worshipful Master of Monroe Masonic Lodge, Appomattox, during the years of 1973 and 1975. On July 1, 1970, Trooper Rhodenizer was promoted to Investigator and assigned to the Third Division, Appomattox, later promoted to 1st Sergeant. He retired in April 1994. Rhodenizer graduated from Central Virginia Community College in June 1978 with an Associate in Applied Science Degree in Police Science. He served two terms on the Appomattox County School Board as a representative of Wreck Island District from 2000-2008. Rhodenizer was a charter member of Grace Hills Baptist Church. A graveside service will be conducted at 11 a.m. on Tuesday, March 24, 2020, at Liberty Cemetery by the Rev. Dr. Adam Tyler accompanied by Retired Captain G. Howard Gregory, with Masonic Rites by Monroe Lodge #301 A.F. & A.M. In lieu of flowers, donations may be made to the Virginia State Police Association Relief Fund, https://www.vspa.org/donate/general.html. Robinson Funeral Home and Cremation Service is serving the family. An online condolence may be sent by visiting www.robinsonfuneral.com

To plant a tree in memory of Clifford Rhodenizer as a living tribute, please visit Tribute Store.
+1
Plant a tree
+1