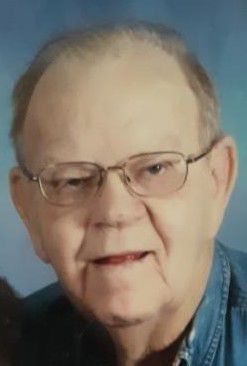 Bobby Emory Moore, 81, of Concord, passed into heaven on Thursday, May 21, 2020. His devoted and loving wife, Patricia Foust Moore, of 42 years was where she has always been, by his side. Born on December 2, 1938, in Stonewall, he was the son of the late Nanny Walker Jennings and Jessie Melvin Moore. He was preceded in death by his son, Bobby Emory Moore Jr., three brothers, Frank Moore, Dallas Moore and Charlie Moore; and his sister, Helen Moore Gaulden. In addition to his wife, Bobby is survived by his daughter, Denise Moore Guthrie and loving son-in-law, Glenn Guthrie; two brothers, Lyle Moore (Wanda), and Russell Moore; grandchildren; and great-grandchildren, Bobbi Jo Moore, Sammy Moore (Amanda) and son Shawn, Brandy Knabb (Matt) and children, Reagan and Tucker, Matt Guthrie (Sarah); and son, Taylor, Tracy Guthrie (Josh) and sons, Morgan and Micah; a host of nieces and nephews, including a special nephew William Kenneth (Billy) Moore and wife, Peggy; brother-in-law, Horace Foust (Pat) who has been so special and invaluable to Pat and Denise since Bobby's stroke in 2015; brothers-in-law, Wayne Foust and Sonny Dugger (Patti); sister-in-law, Rita Foust (Pete); and special friend, Phyllis Martin. Bobby was a hard worker and provided for his family as a truck driver, eventually owning his own trucking company. He was happiest working in his shop, taking a piece of junk and making it valuable again. He enjoyed talking about his truck-driving days and telling stories that made everyone laugh. He and his cousin Wayne Burge enjoyed many story times on the front porch. He taught Sunday school for many years and was a member of Bethel United Methodist Church in Stonewall. In his book, there was no excuse for missing church. After his stroke, going out to church became difficult. He enjoyed it so much when they brought church to him. The Concord Volunteer Fire Department was a huge part of Bobby's life. He loved giving back to his Concord community in this way. He became a member in1966 and served three terms as Chief as well as many other line officer roles. He was the coordinator for the annual Fireman's Carnival for many years and took pride in seeing that the proceeds increased year after year. He was a member of the Reedy Springs Masonic Lodge and mentored one nephew, Ken Gaulden to become a Mason. Perhaps the most loved memories his family will have of Bobby are the ones spent making and eating ice cream on the front porch, watching the 4th of July parade together, Christmas Eve, birthdays, and other family gatherings, and ALL the times he told us his stories. He was never without a story to tell. Pat and Denise would like to thank all the friends and family that helped care for Bobby during the last 5 years and weeks before his passing. Those who prayed, helped transport him to doctor visits, haircuts, helped get him in and out of the bed, brought food, sent cards and made calls. You were the wind beneath our wings and when we needed you, you answered the call. A graveside service will be held at 11 a.m., on Saturday, May 23, 2020, at Bethel United Methodist Church Cemetery with the Rev. James Wimpy Martin officiating. Thank you to Chery B. and Kim S. from Centra Hospice for their kindness and care during the last two months. Also, thank you to Jeannie Dryden, Sommer Trent and Preston Elliott for your willingness to help us care for Bobby. In lieu of flowers, the family would like you to consider making donations to the Concord Volunteer Fire Department PO Box 26, Concord, VA 24538 or Concord Rescue Squad, PO Box 48, Concord VA 24538. Robinson Funeral Home and Cremation Service is serving the family. An online condolence may be sent by visiting www.robinsonfuneral.com.