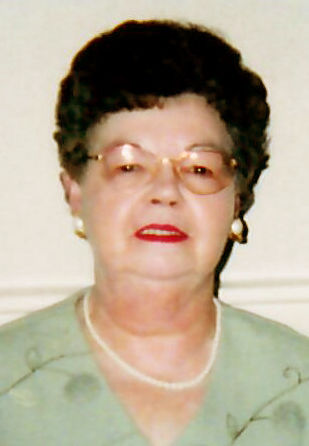 Pauline Layne McFadden, 89, of Depot Lane, Spout Spring, died on Tuesday, May 19, 2020. She was the wife of the late Aubrey Jennings McFadden for 68 years. Born in Spout Spring, on February 5, 1931, she was a daughter of the late Leavie Roberts and William Ernest Layne Sr. Pauline was the last of the six Layne children living. She was a lifelong member of Salem United Methodist Church where she served in many capacities, including pianist and organist. Pauline had a great love for music, baking, and planting pansies. She was a member of UMW, Woodmen of the World, American Legion Auxiliary, Young Hearts Club, and AARP. She leaves to cherish her memory her daughter, Meredith Patricia "Patsy" McFadden of Spout Spring and several nieces and nephews including her niece, Vickie Thomas. She was preceded in death by three sisters, Bettie L. Gaines, Estelle L. "Cotton" McFadden and Florence "Lottie" Johnson; and two brothers, William E. Layne Jr., and Jack David Layne Sr. A graveside service will be held at 2 p.m., on Saturday, May 23, 2020, at New Hope Baptist Church with the Rev. Darryl Martin officiating. The family would like to express a special thank you to Pauline's caregivers at Babcock Manor for the last six years. Their devotion and kindness was outstanding. Also, Centra Hospice of Farmville, Nurse Diann Pickett and Caseworker Patty Rimbey helped in so many ways. Those wishing to make memorial donations please consider Centra Hospice of Farmville, 1705 East Third Street, Farmville, VA 23901. Robinson Funeral Home and Cremation Service is serving the family. An online condolence may be sent by visiting www.robinsonfuneral.com.

To plant a tree in memory of Pauline McFadden as a living tribute, please visit Tribute Store.
+1
Plant a tree
+1