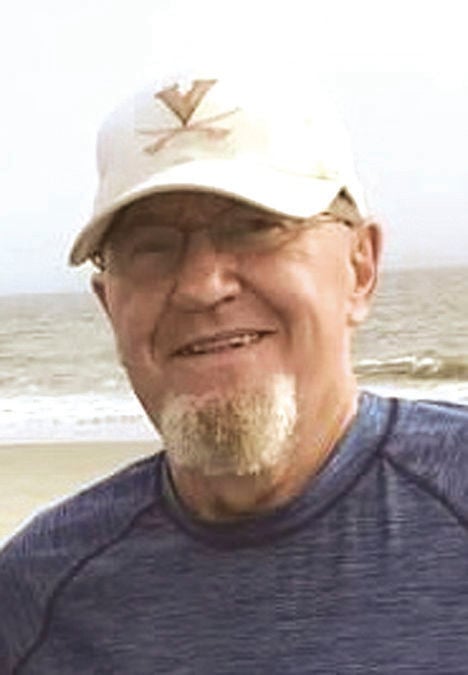 The Rev. Jack D. Karpenske of Lynchburg, died January 12, 2020, at Lynchburg General Hospital after a courageous battle with Idiopathic Pulmonary Fibrosis. He was the husband of Peggy Carwile Karpenske for 40 years. Born on June 16, 1943, in Merrill, Wisconsin, he was the son of the late Herman and Florence Karpenske and was also preceded in death by a grandson, Christopher Barrack. Jack left Merrill to attend the University of Wisconsin in Madison, WI, then left to join the U.S. Army. While in the Army, he joined the 82nd Airborne Group at Fort Bragg, NC. He was named "Trooper of the Month" and was awarded a Combat Infantry Badge. Following the Army, Jack moved to Illinois, attending and graduating from Elmhurst College. It was during his Army career that he felt compelled to attend Bethany Theological Seminary in Oakbrook, Illinois. Following Seminary graduation, Jack returned to his home church in Merrill, Wisc. for his ordination ceremony into the United Church of Christ. Jack was drawn to Lynchburg to do a Clinical Pastoral Internship with the Rev. Bob Evans at Virginia Baptist Hospital. Here, he developed a passion for people who needed spiritual healing and care. Following the completion of his Clinical Pastoral studies, Jack became a Chaplain at Central Virginia Training Center in Madison Heights, Va. During his long career of more than 23 years at CVTC, he served in multiple roles as Chaplain, Educator, and established an Employee Assistance Program at CVTC. The EAP role allowed him to provide pastoral care to employees until his retirement from state service. Jack was also known as a Virginia Alcohol Safety Program Educator for 40 years. Jack was called to the Lynchburg Church of the Brethren as Pastor and served his church and community in that capacity for 25 years. Jack was known for having a sense of justice and concern for all. He had a strong sense of compassion for anyone who needed help. When people had special moments in their lives, Jack was often the first person they called-and he always responded. Jack was particularly proud of his family and being known as "Papa Jack". In addition to his wife, Jack had four children, Jonathan Karpenske and wife, Mary-Lynn, of Bayshore, NY, Carrie Barrack and husband, Rod, of Hayes, VA, Jane Davis and husband, Don, of Raleigh, NC, and Sara Black and husband, Rob, of Portland, OR; four grandchildren, Jackson and Alena Karpenske of Bayshore, NY, and Willa and Eleanor Black of Portland, OR. A brother, Cary Karpenske of South Carolina and a sister-in-law and brother-in-law, Jean Carwile Mastellar and Richard Masteller of Walla Walla, Washington, also survive Jack. Also special friends, Don and Sandy Johanson, Joyce Sachs, and Dan Morse and Amie Kennedy. Jonathan shared that the family was lucky to have such a positive role model and good person for a father. Anyone who knew Jack, knew he loved golf, it was never too cold, windy, or hot for him to play. He also was a Wisconsin Badger fan, Green Bay packer fan, and a super UVA Cavalier fan. He thoroughly enjoyed the great success of the 2019 UVA sports team, especially 2019 success in beating VT. Even though he had to use oxygen and a wheelchair, he didn't miss any basketball or football games. A Celebration of Jack's Life will be held at 11 a.m., Saturday, January 18, 2020, at the Lynchburg COB, 200 Atlanta Avenue, Lynchburg. Those wishing to make memorial contributions are asked to consider the Lynchburg Church of the Brethren. To send online condolences to the family, please visit www.whittentimberlake.com. Whitten Funeral Home & Cremation Service, Timberlake Chapel is serving the family.

To plant a tree in memory of The Rev. Karpenske as a living tribute, please visit Tribute Store.
+1
+1