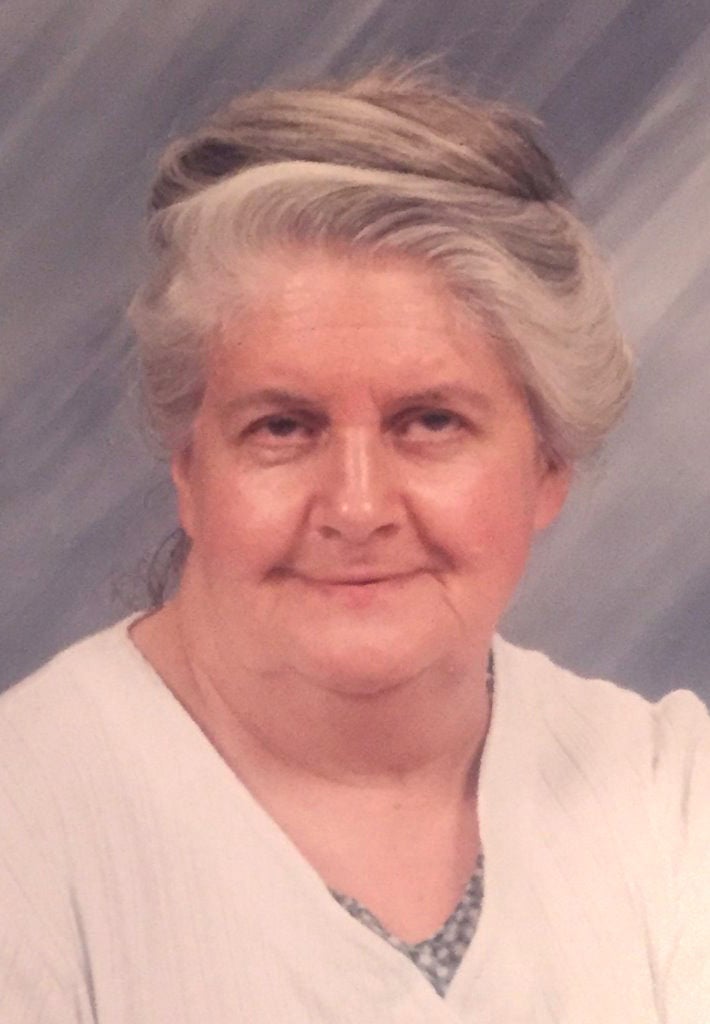 Leabria Anne deBernard Guthrie, 81, of Altavista died on Thursday, March 19, 2020, at Autumn Care of Altavista. She was the wife of the late Henry Howard Guthrie Jr. She was born February 9, 1939, in Lynchburg, a daughter of the late Jean William deBernard and Ruby Maebelle Krantz deBernard. She was a retired CNA at the Central Virginia Training Center and was the lifetime caretaker. She is survived by two sons, Timothy Howard Guthrie and his wife, Barbara of Gladys and Keith Wayne Guthrie of Tennessee; one daughter, Wanda Gayle Allen and her husband, Bobby of Columbus, Ohio; one brother, Patrick deBernard and his wife, Carolyn of Rustburg; one sister, Lucy deBernard Marshall of Evington; seven grandchildren; eight great-grandchildren; a special caretaker, Jean Worsham; and her cat, Maggie. She was preceded in death by a son, David Michael Guthrie; one daughter, Andrea Maebelle Guthrie; and one sister, Theresa Jean Reynolds. Our mother was more than the words you will read and have read. It's hard to put into writing the beauty of one's life. Mom gave all her life. She was a single mother of five and escaped an abusive marriage. She worked hard to care for her five children as we grew. Our mom did not allow these things in her life to define who she was. One thing we always knew is that our mother loved us. She spent years giving to those less fortunate at CVTC. She truly had a deep love for them as if they were her own. She would bring those allowed to church with her so that we all could love on them. She was an animal lover and owned at one time or another numerous cats, dogs, squirrels, skunks and probably other creatures that we do not know about! When her daughter (Andrea) fell ill with a heart defect that caused her to die but was revived and continued to live 20+ years with severe brain damage, Mom retired from CVTC to care for her daughter 24/7. Mom never left her side except to run errands one day a week as someone sat with her. As we looked back over our mother's life, our hearts were broken at the depth of pain, loneliness and disappointments she had to deal with. At that point, Jesus laid a thought on our hearts, "You can either look at your mother as a victim or you can CHOOSE to see her as a strong, fighting, determined warrior! Well, we chose to see our Mom as a fighter and a woman with grit and fire and fight within her. She has now won the fight and she left out in victory!! May we all be able to do the same. A graveside service will be conducted at 11 a.m. on Monday, March 23, 2020, at Green Hill Cemetery, Altavista by Robert "Bob" Allen. The family will receive friends at the residence of Lucy deBernard Marshall. The family suggests that those wishing to make memorials consider Friends of Campbell County Animal Control, 1400 Edley Place, Lynchburg, VA 24502. Finch & Finch Funeral and Cremation Service, Altavista is in charge of arrangements. Please visit the online tribute at www.finchandfinchfuneralservice.com to share a memory or send a condolence to the family.