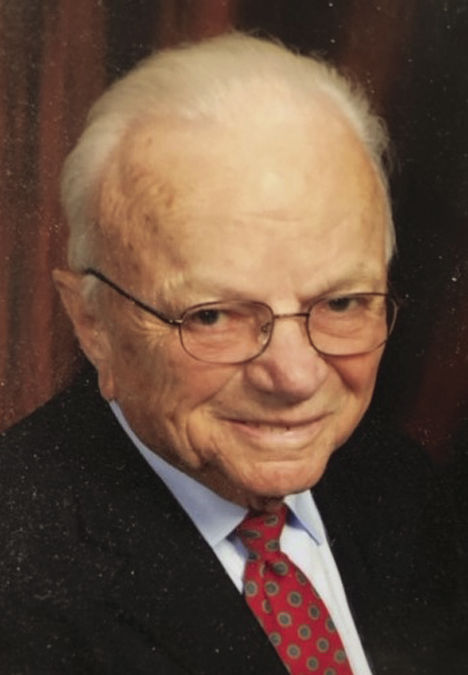 James Elton Floyd, 84, of Monroe, husband of Lillian Hughes Floyd for 38 years, went to be with his Lord on Tuesday, November 26, 2019, at his home. Dementia and cancer of the bone took its toll. He was born on August 10, 1935, in Amherst County, son of the late William Floyd and Eunice Jennings Floyd. A backhoe operator, he was self-employed and ran J. E. Floyd Construction Co until his retirement when he opened Floyd's Backhoe Service. James joined the Navy when he was 17 years old and served 7 years. James grew up in the First Baptist Church of Monroe where he served on the finance and buildings and grounds committees and sang in the choir. In addition to his wife Lillian, he is survived by his three children, J. A. Floyd (Kim), Karen F. Banton (Tony), and Dawn F. Floyd; four stepchildren, Steven Harvey (Barb), Howard Harvey (Bronwyen), Brian Harvey (Suzanne), and Pamela H. Howell (Tom); two sisters, Madeline Mawyer and Elsie Jessee; grandchildren include Jason Floyd (Casey), Amanda Floyd, Brian Banton (Tabatha), Brittany Crawley (Daniel) and Damian Floyd (Nicole); stepdaughter, Hope Collier (Tim); as well as ten great and six step-grandchildren, and one step-great-granddaughter. He was preceded in death by his brothers, Cecil and R. Leroy Floyd and his sister, Shirley F. Gowen. He was life member of the Lions Club. The family will receive friends from 12 until 1:30 p.m. Saturday, November 30, 2019, at First Baptist Church of Monroe, followed by a Celebration of Life at 1:30 p.m. In lieu of flowers, the family suggest donations be made in his memory to the First Baptist Church of Monroe. Burch-Messier Funeral Home, Bedford, 540-586-7360 is assisting the family.

To plant a tree in memory of James Floyd as a living tribute, please visit Tribute Store.
+1
+1