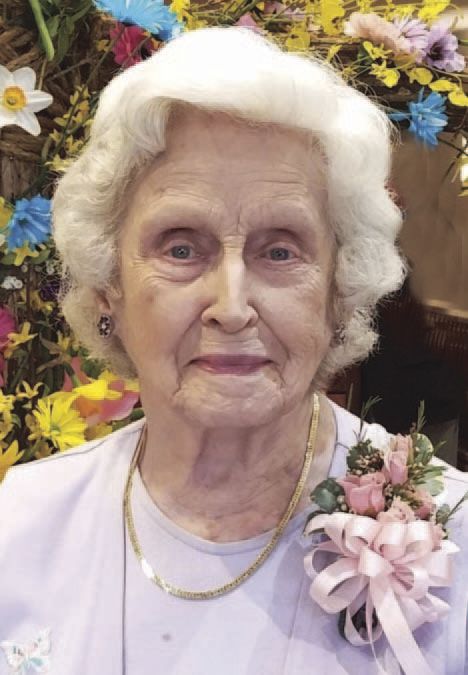 Frances King Early, 90, of Lynchburg, passed away Wednesday, November 27, 2019, at The Summit Health & Rehab. She was the wife of the late Randolph Carlton Early and was the daughter of the late Herbert Hall King and Elsie Minnick King. She is survived by her daughters, Elizabeth Ann Early and her husband, "Billy", Mary Frances Early Conner and her husband, David; four grandchildren, Amy Elizabeth Early and her husband, Damon, Lauren Elizabeth Conner Aldridge and her husband, Jack, William Randolph Conner and Caroline Page Conner. Born February 20, 1930, in Mobile, Ala., Frances had lived in Lynchburg since the age of two. She was a graduate of E.C. Glass High School and Virginia Commercial College. She became a member of Euclid Christian Church (former Euclid Avenue Christian Church) as a child, and she and her husband were married there in 1951. She later taught a Sunday School class, was a member of the Chancel Choir, a Trustee, Elder and served as secretary of the Official Board for many years. Frances was a charter member of the Lynchburg Symphony Orchestra; in which she was a violinist for many years. She served several terms on the Official Board of the LSO. She and a group called "The Irish Singers" performed regularly at several retirement homes. She was Concert Master of the Bedford Community Orchestra for a number of years. A visitation will be held on Wednesday, December 4, 2019, from 7 until 8:30 at Diuguid Waterlick Chapel. A funeral service will be held on Thursday, December 5, 2019, at 1 p.m. at the Diuguid Waterlick Chapel with the Rev. Dr. Ed Parrish III officiating. Interment will be in Spring Hill Cemetery. In honor of Frances' love for pink, please feel free to wear pink to her service, as she would always say, "Pink's the prettiest." To honor her memory and love of music, memorial contributions may be made to The Lynchburg Symphony Orchestra, 621 Court St., Lynchburg, VA 24504. Diuguid Funeral Service & Crematory, Waterlick Chapel, 237-2722, is serving the family. On-line condolences may be sent to www.diuguidfuneralservice.com.

To plant a tree in memory of Frances Early as a living tribute, please visit Tribute Store.
+1
+1