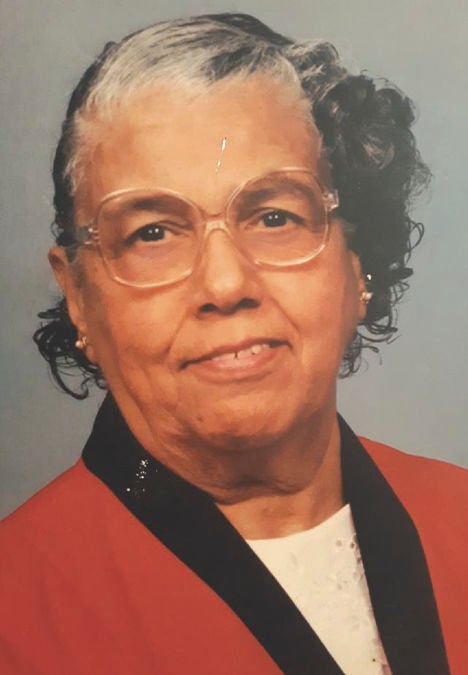 Eleanor F. Davis departed her life on Monday, December 2, 2019, at Guggenheimer Nursing Home. She was born om March 18, 1922, to the late O.K. Ferguson and Nanny McCoy. She was preceded in death by her husband, Thomas Henry Davis; one daughter, Lolita Glasper; three brothers, Lester Ferguson, Warren Ferguson and Horace "Mac" Ferguson; and four sisters, Eunice Henderson, Bernice Madison, Hazel Ferguson and Epsy Woodson; She is survived by four sons, George (Lucille) Davis, and Ronny C. (Angeria) Davis, of N.C., Arthur L. (Diane) Davis and Donald G. (Antoinette) Davis, both of Lynchburg; two daughters, Elaine Greene of Richmond, and Cheryl Batts of Maryland; one brother, Manley Ferguson of Concord; one sister, Sadie Wooding of Concord; 11 grandchildren, 19 great-grandchildren, and a host of other relatives and friends. A funeral service will be held 11 a.m. Saturday, December 7, 2019, at New Dearington Baptist Church with Pastor, Rev Artemus S. Dixon, officiating. The interment will be held in the Forest Hill Burial Park. The family will receive friends Friday, December 6, 2019, from 7 until 8 p.m. at Davis-Turner Funeral Service. Condolences may be sent to www.Davis-Turner.com. Service of comfort rendered by Davis-Turner Funeral Service.