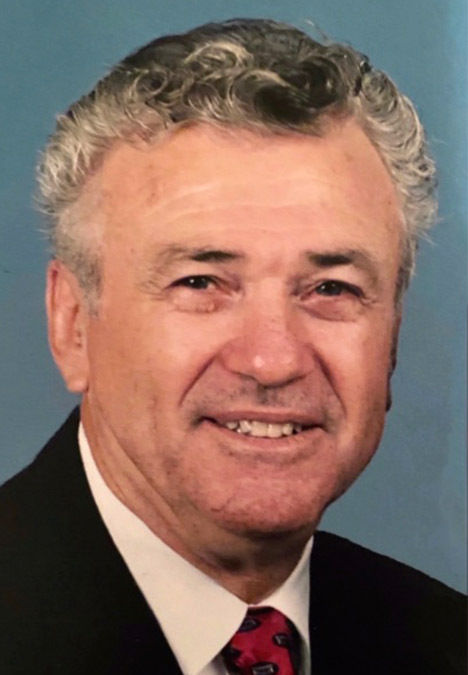 Dr. John J. Daniels, 84, of Forest, Virginia, passed away peacefully at Lynchburg General Hospital on Saturday, January 11, 2020. He was born in Roanoke, Va. on June 10, 1935. He was the son of John Henry Daniels and Lela Daniels. He was the loving husband of Ellen Janette Daniels for 61 years. John was very proud of his three daughters, Janelle Poldy (husband Greg, and children Allyson and Matthew) of Oak Hill, Va. Janenne Bosher (husband Mark and children Angela and Mark Jr.) of Forest, Va., and Jennifer Phillips (husband Jeff and children Gray and Ryan) of Buford, Ga. He is also survived by his brother, Joseph Daniels, and his sister, Phyllis Tilley. John served in the U.S. Air Force during the Korean War and received an Honorable Discharge in 1959. Using the G.I. Bill, he received an Bachelor's Degree in Education from Catawba College, a Master's Degree in School Administration from University of North Carolina at Chapel Hill, Advanced Degree in Educational Administration from Old Dominion University and a Doctorate in Education from the University of Virginia. John began his career in education as a teacher and coach. He went on to serve as an Elementary School Principal, Assistant Director of Personnel for Virginia Beach City Public Schools, Director of Personnel for Lynchburg City Public Schools, Assistant Superintendent for Loudoun County Public Schools, and finished his career as Superintendent of Amherst County Public Schools. During his tenure in education, he also served as Adjunct Faculty for Lynchburg College and the University of Virginia. John was an avid golfer and slow-pitch softball player. He played for the Virginia Piledrivers softball team. In 1971, the Virginia Beach Piledrivers became the only softball team in Virginia history to win a major title, winning the Major Open Slow-Pitch Championship in Parma, Ohio. In 1984, he was inducted into the Virginia Sports Hall of Fame as a member of that 1971 Championship Team. He deeply loved his wife, family, God, music, and dancing. "Papa" loved spending time with his six beloved grandchildren and visiting railroad museums with his grandson, Mark. John loved his faith and attended Peakland Baptist Church. His philanthropic activities included work with several educational foundations and was past President of the Miss Lynchburg Scholarship Program. The family will receive friends on Tuesday, January 14, 2020, from 6 until 8 p.m. at the Diuguid Funeral Home Waterlick Chapel, 21914 Timberlake Rd., Lynchburg, Va. The funeral service is scheduled for 2 p.m. on Wednesday, January 15, 2020, at the Diuguid Funeral Home Waterlick Chapel followed by the burial at Fort Hill Cemetery. The family wishes that those considering memorial contributions make them to the Alzheimer's Association. Diuguid Funeral Service & Crematory, 237-2722, is serving the family.

To plant a tree in memory of John Daniels as a living tribute, please visit Tribute Store.
+1
+1