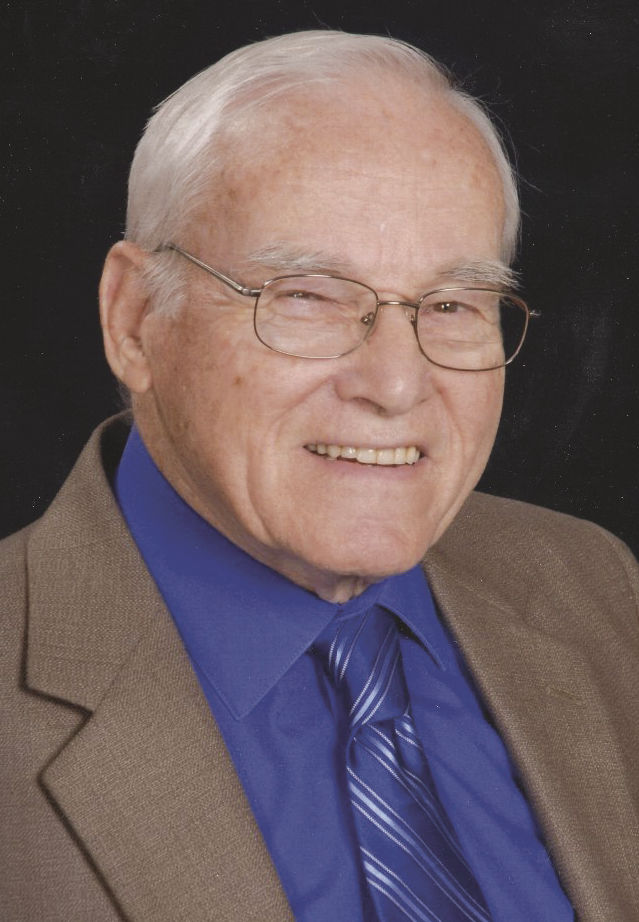 James Simon Bumgarner, was born on October 26, 1925, and passed away on Tuesday, March 17, 2020, grew up during the depression. He was the 7th of 10 children of Christopher and Rebecca Bumgarner and dropped out of school to join the Navy the day before his 18th birthday. He served honorably on an LST in the Pacific until the close of World War II, the end of his contract, traveling as far as China and Japan. He returned and attended machinist school working in Lynchburg and Newport News before ending his career at Modern Machine and Tool Company, after 30 years. After retirement he and his wife, Marilyn returned to his hometown of Lynchburg where he faithfully attended Heritage Baptist Church. In 2001, he felt the call to missions, serving 4 1/2 years in an orphanage in Uganda, East Africa, where he acted as mechanic, farm director, SS teacher, preacher, and evangelist. He loved his Savior and never tired of telling others about Jesus. The theme of his life was salvation by grace through faith. James is survived by his wife, Marilyn Frances Bumgarner; children, Betty Wilkins and husband, Gordon, Linda Ebert and husband, Hugh, Kenneth Bumgarner and wife, Patty, Cynthia Campbell, and Sheree Yoder; stepsons, Don Guthrie and wife, Betsy, Richard Guthrie and wife, Tina, and David Guthrie and wife, Jennifer; 21 grandchildren, 21 great-grandchildren; brother, Abner Bumgarner; and number other family members and friends. He was preceded in death by his son, Rex Bumgarner, his parents, and eight siblings. A private graveside service will be held at Virginia Memorial Park with Dr. F. Gerald Kroll officiating. In lieu of flowers, the family suggests memorial contributions be made to Teen Missions, C/O Heritage Baptist Church, 219 Breezewood Dr., Lynchburg, VA 24502. Whitten Timberlake Chapel is assisting the Bumgarner family.

To plant a tree in memory of James Bumgarner as a living tribute, please visit Tribute Store.
+2
Plant a tree
+2
+2