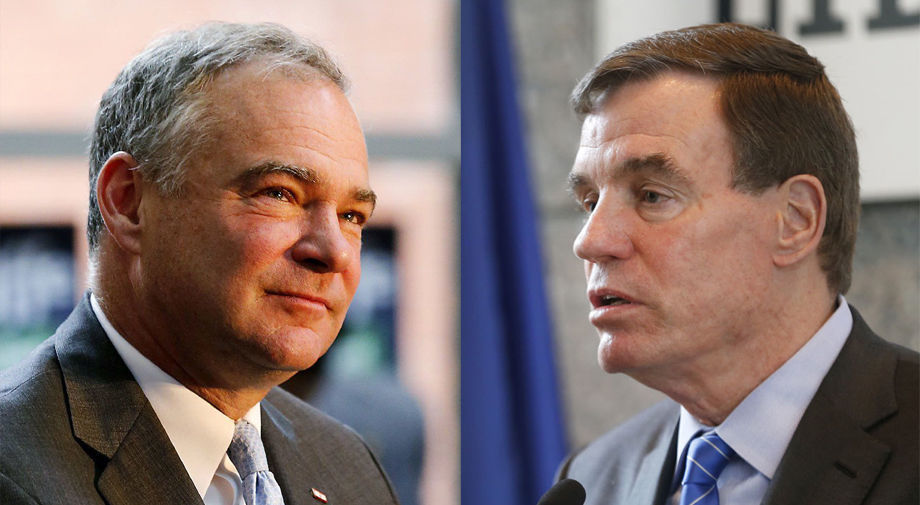 The senators and congressmen representing Western Virginia issued statements via news release and Twitter on Wednesday after the acquittal of President Donald Trump following his impeachment trial.

“I was very surprised that the Senate capitulated to the President and decided not to allow documents and witnesses that were critical on the key questions surrounding his guilt. And I have a strong belief that the reason the White House fought so hard in the House and Senate to avoid letting us and the public see those documents, to avoid letting us and the American public hear those witnesses, was their knowledge that had we done so, that evidence would have been very, very damning against the President.

“Acquittal conveys an important higher principle. The removal of a man would not remove the moral void that he exemplifies. It is now time for people of good will, everyday people, to engage as never before and show that we as Americans can still understand and more importantly choose decency over malice, fact over fiction, and service over self. It is with that spirit that I am going to continue to redouble my efforts to do that.”

"I just voted to convict the President on both articles of impeachment.

"It is the Senate's constitutional responsibility to uphold the bedrock American principle that no one is above the law, not even the President and *especially not the President.*"

“Speaker [Nancy] Pelosi has said that impeachment must be compelling, overwhelming, and bipartisan. However, the impeachment of President Trump did not possess any of these qualities. The flawed and rushed process conducted in the House, coupled with the lack of evidence required to prove high crimes and misdemeanors, made the acquittal of President Trump by the Senate appropriate and necessary.

“The sham impeachment by the House sets a dangerous precedent that we must reject moving forward. Never again can we allow one political party to use impeachment as a tool for political gain. This entire process has been little more than an attempt by Nancy Pelosi and House Democrats to overturn the results of the 2016 election and the will of 63 million Americans — all while denying the President his right to due process. The partisanship displayed by some of my colleagues has fueled the rancor and division within this country, and this entire display of political theater will forever be remembered as a sad stain on the House of Representatives.

“After wasting months focusing on impeachment, I am hopeful that Congress can now get back to work on issues important to the American people, including improving our Nation’s infrastructure and highways, supporting our military and veterans’ programs, securing our border and preventing the flood of drugs and human trafficking that has flowed across it, and finding solutions to bring down the costs of health insurance and prescription drugs.”

“The Senate has finally ended an ordeal that never should have started. Democrats in the House brushed aside principles of fairness and impartiality in conducting this impeachment process, yet, in my belief, they failed to find impeachable offenses. The Senate agreed.

“President Trump was rightfully acquitted. Now it’s time to get back to work on the real issues confronting the American people.”

"This afternoon, the Senate voted to acquit President Donald Trump and end a multi-month effort by Democrats to impeach the President. I voted against sending the articles of impeachment in the House, and I am encouraged by the Senate’s vote today.

"We do not live in a country where politicians can overturn an election that upsets them. Democrats have been working since the 2016 to investigate and impeach the President, and have put this priority ahead of working for the American people. I hope the country can move past this process and Congress can go back to finding solutions for the American people."

President Donald Trump has been acquitted by the Senate as the third presidential impeachment trial in American history comes to a close.

View live updates from media and other sources.