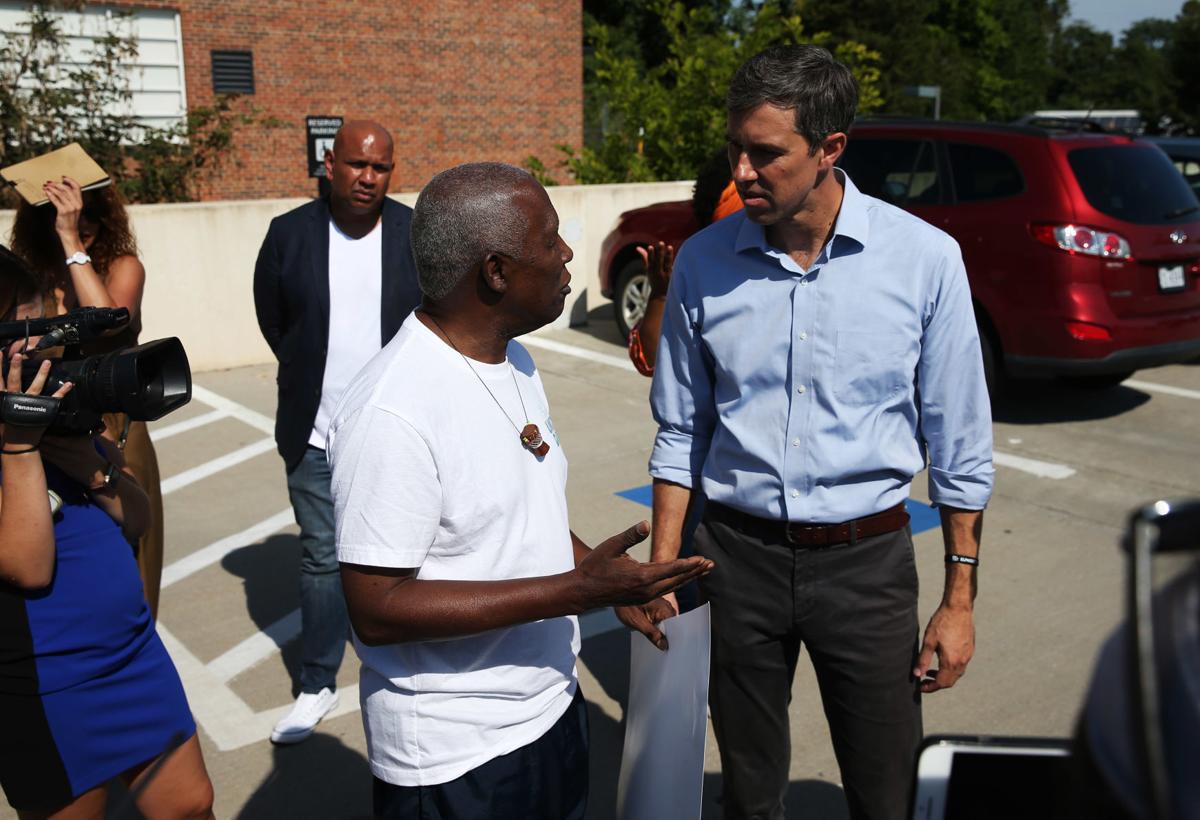 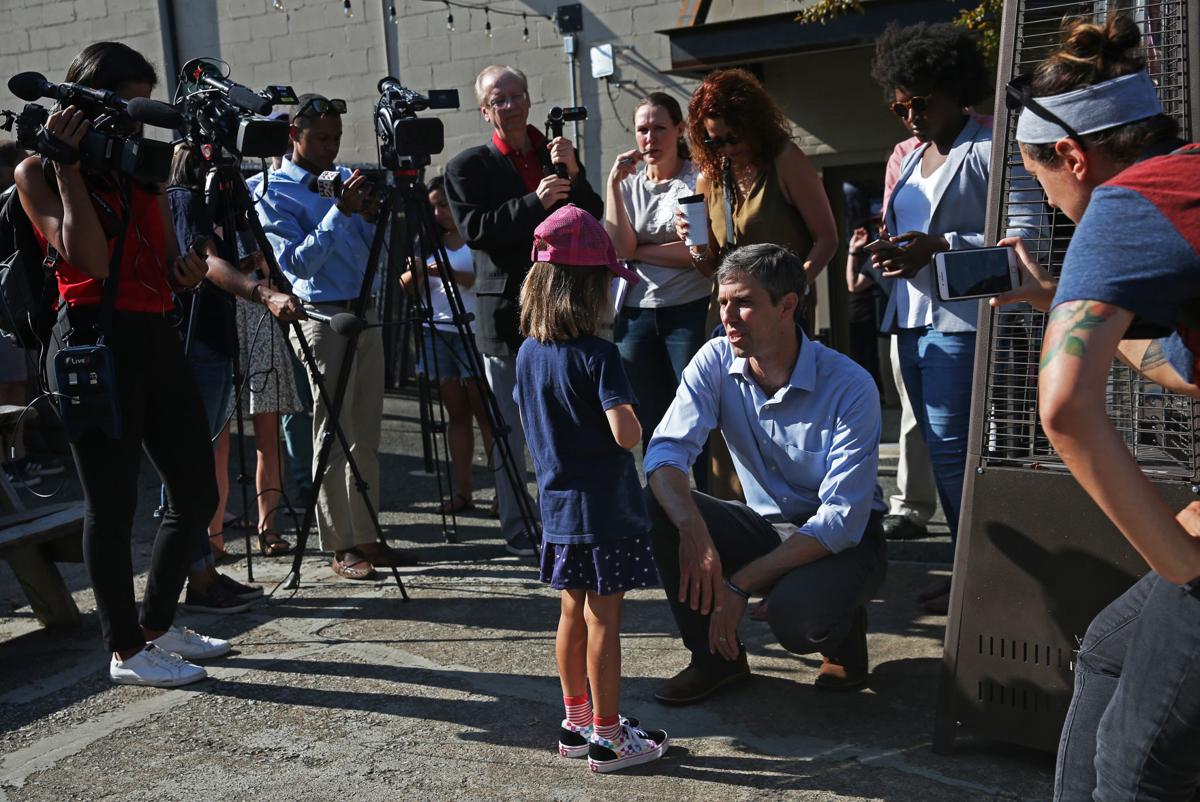 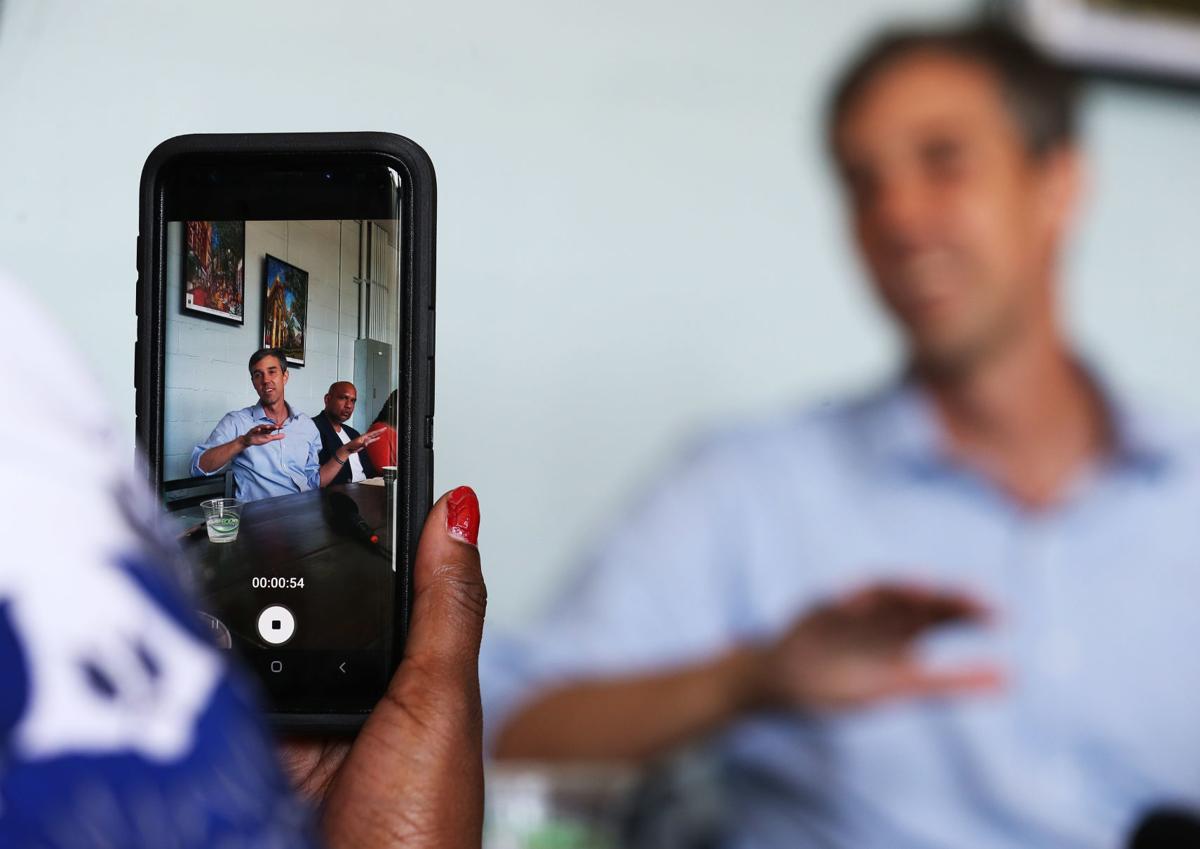 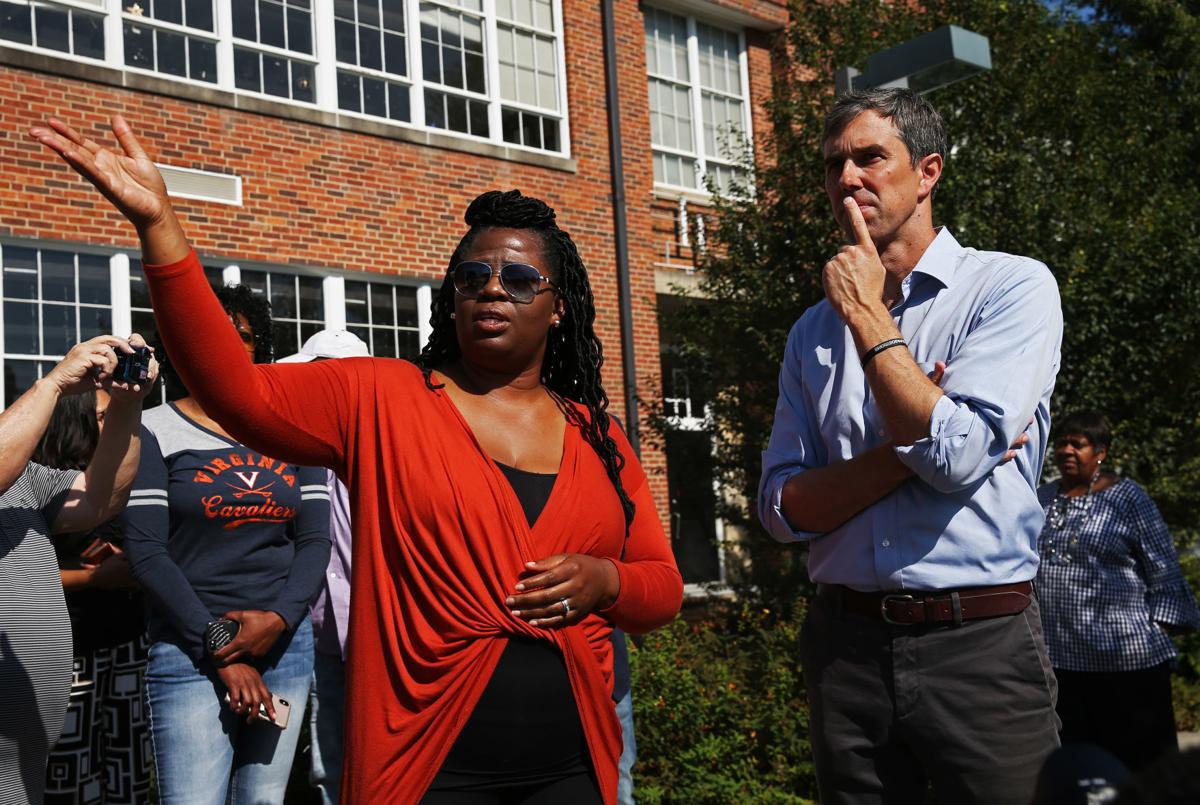 “It’s an incredibly important community, not just to Virginia, but to the country,” the Democratic presidential candidate said Saturday during a campaign event in the city. “And we’ve got to make sure that everyone in America knows that they count, and the only way to demonstrate that is by showing up.”

O’Rourke has twice visited Charlottesville, a city impacted by white supremacist violence that has been seen by many as a turning point in American history. But he didn’t talk about the Democrat who has made the Summer of Hate a central part of his campaign: former Vice President Joe Biden.

Some in the city have been perturbed that Biden — who cited the 2017 rally as a key moment in his decision to run for president when he launched his campaign and during a recent fundraiser in Richmond — hasn’t come to Charlottesville. Biden is the current frontrunner, with an average of 29% support in a crowded Democratic field.

O’Rourke, a former congressman from Texas and a Woodberry Forest alumnus, is the only 2020 presidential candidate who has visited the city. In April, he campaigned at the University of Virginia.

“Charlottesville has an incredibly powerful story to tell, not just about that racism and that violence … but the way in which this community has sought to overcome that,” he said.

O’Rourke’s support has dropped off since his last visit; O’Rourke was at 9% support and third place during his April visit, according to RealClearPolitics, but he now sits at about 2%.

His spot in the polls allowed him to squeak into the third Democratic debate, ranking eighth out of the 10 candidates in terms of support. They will square off Sept. 12.

O’Rourke’s first stop on Saturday was to speak with about 100 people outside Champion Brewing Company and kick off a canvass for Democrat Amy Laufer.

“Amy’s running the race that will in some way determine that outcome, not for the state, but for the country,” O’Rourke said.

Although the event was in the city, which isn’t part of the district, Laufer’s volunteers planned to head into the county to knock on voters’ doors.

O’Rourke reiterated his plan to support a mandatory gun buy-back program for assault rifles. The call came within the past two weeks after a gunman killed 24 people and wounded 22 others on Aug. 3. The shooting, at a Walmart in O’Rourke’s hometown of El Paso, Texas, targeted Hispanic people.

“As long as we have millions of these assault weapons, these instruments of war, they are potential instruments of terror,” he said. “We just shouldn’t have these weapons on the street.”

A similar program was instituted in Australia following the Port Arthur Massacre in 1996, which left 35 people dead and 23 wounded.

The program allowed the government to purchase 650,000 semi-automatic rifles and shotguns and to tighten licensing and registration laws. According to a Harvard University study, the measure led to the elimination of mass shootings, defined as the killing of four or more people at one time.

The study also says homicides and suicides by firearm were greatly reduced in the years after the program.

After leaving Champion, O’Rourke traveled down the road to the Jefferson School African American Heritage Center. There, he took a tour and learned the history of Vinegar Hill, a historically black neighborhood that the city razed in the 1960s, displacing hundreds of residents.

He then held a discussion with African American residents and community leaders about issues in the city, covering racism, affordable housing and the aftermath of the Aug. 12, 2017, rally.

“The decisions that were made are reverberating today,” said Ridge Schuyler, dean of community self-sufficiency programs at Piedmont Virginia Community College. “So I think every single one of us around this table are committed to reversing that damage.”

Quinton Harrell, founder of Heritage United Builders, said public housing residents face a “cliff” if they are offered a raise. If their salary goes $1 over federal limits, they could lose their homes.

“The myth we were all taught is that if you work hard and play by the rules, you’ll make your way up,” he said. “That is not the case.”

Waki Wynn, a Charlottesville Realtor, said that the racism shown in 2017 needs to be challenged and extinguished.

“It is a cancer on our society,” he said. “It’s keeping our country from being as great as it can be.”

Speaking with members of the media after the discussion, O’Rourke said Confederate statues need to be taken down or moved to locations and given more historical context.

“We cannot wonder how racism continues to be perpetuated in this country when we have elevated racists,” he said.

After the event at the Jefferson School, O’Rourke attended a private fundraiser at the home of big-time Democratic donors Michael Bills and Sonjia Smith. Tickets ranged from $250 to $2,800.

A O’Rourke campaign staffer said media would not be allowed to attend the event.

“It’s not a big one,” O’Rourke said. “It’s some good friends I went to high school with. We’re having fundraisers, just not a ton of them. It’s just not how I spend the majority of my time.”

Bills has donated more money to political campaigns since the start of 2018 than any other person or political action committee in the state, according to the Virginia Public Access Project. Smith is eighth overall in that timeframe and fourth among individuals, according to VPAP.

Neither has given money to a 2020 presidential candidate, and VPAP has no record of large donations the couple has made to a federal candidate in records it has compiled since the late 1990s. Combined, they have donated nearly $2.1 million to state and local races in the past two years.

Samantha Cotten, regional communications director for President Donald Trump’s re-election campaign, said O’Rourke only came to Charlottesville to capitalize on the events of 2017.

“Virginians will easily recognize Beto O’Rourke’s trend of using national tragedies for his own political gain,” Cotten wrote in an email. “While President Trump delivers on his promises to the American people, O’Rourke continues to harp on his out-of-touch socialist agenda such as open borders and refusing to curb illegal immigration.”