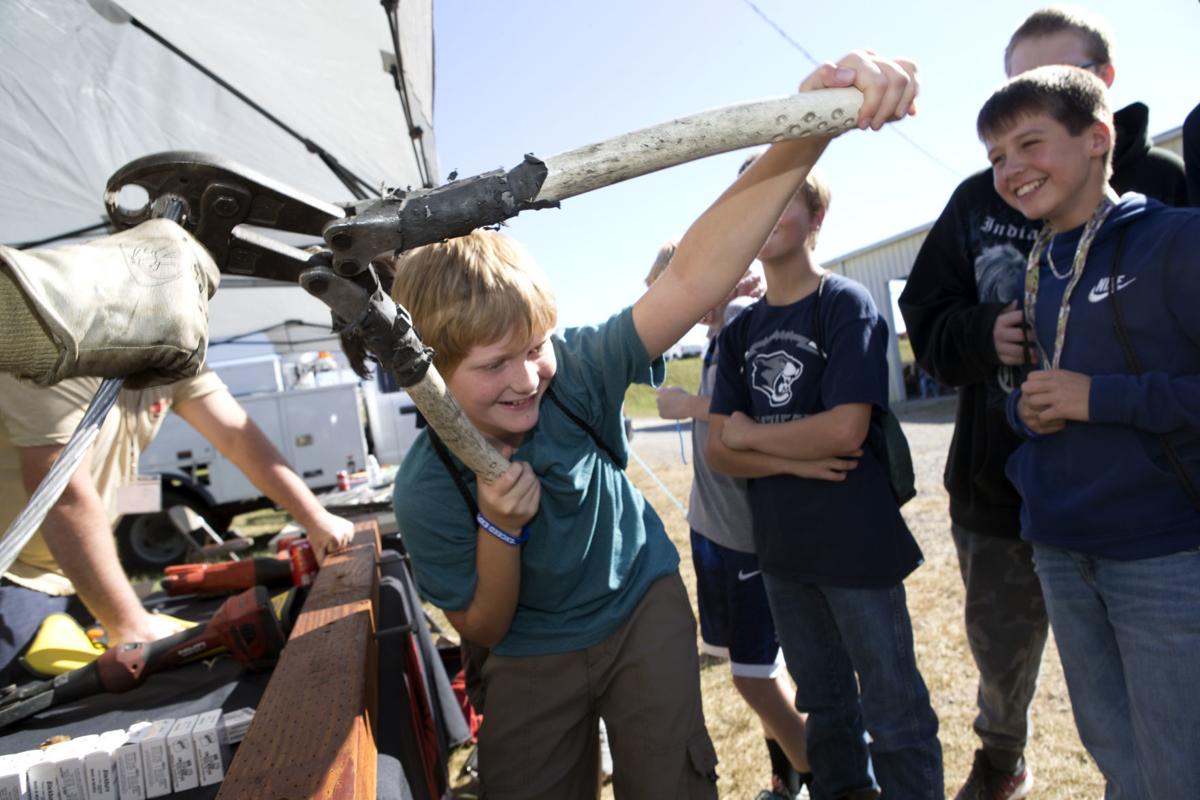 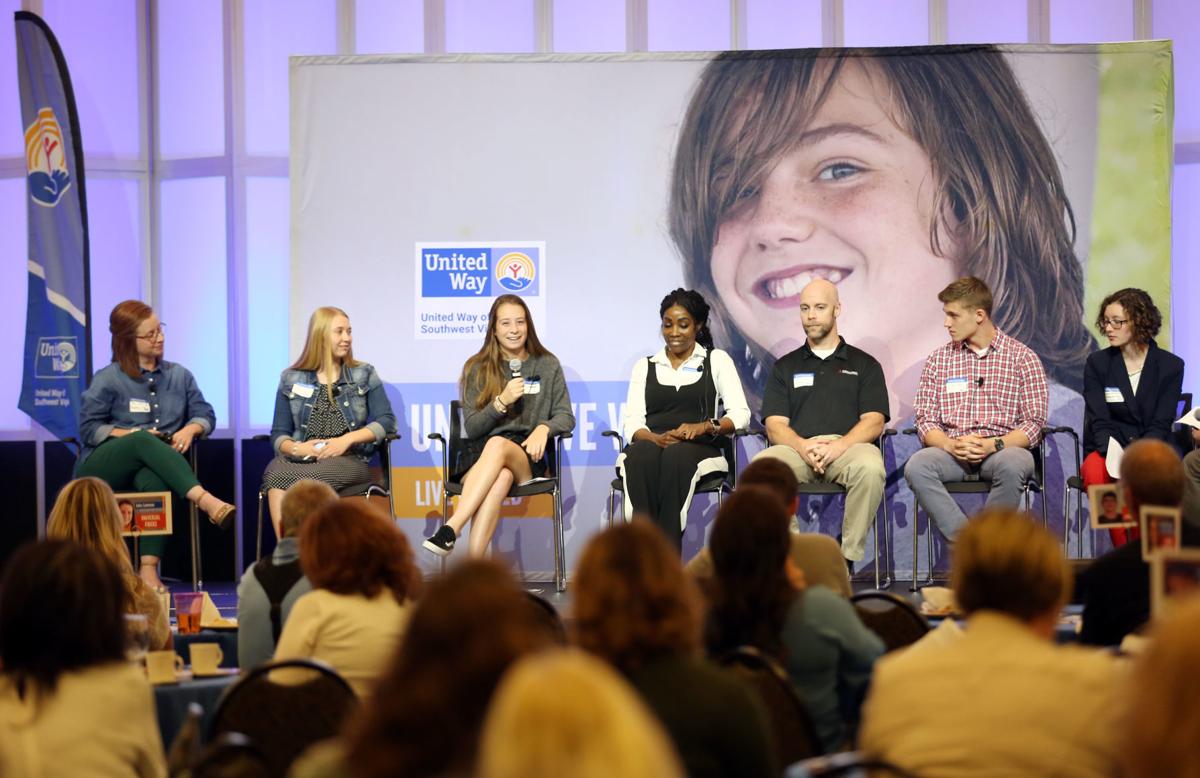 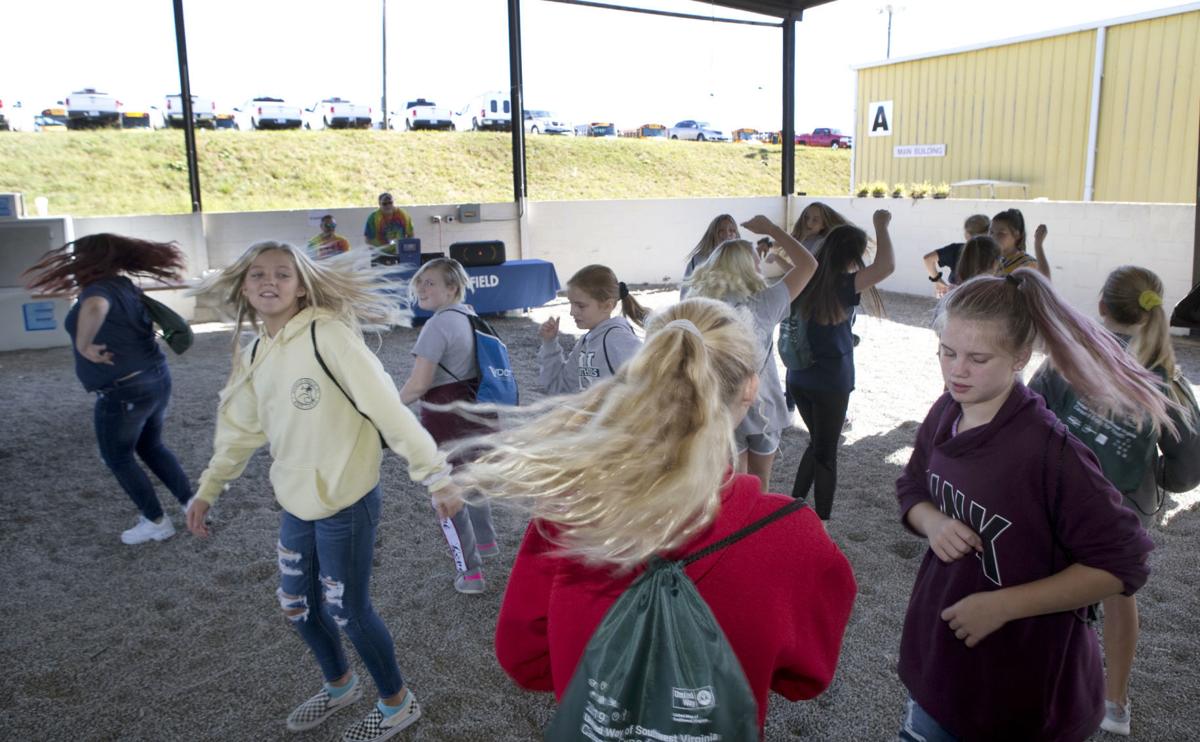 Seventh-grade students dance to music booming out of speakers from Crutchfield, a home electronics company, at a September event that was part of the United Way of Southwest Virginia’s Ignite program. Ignite received funding from GO Virginia. 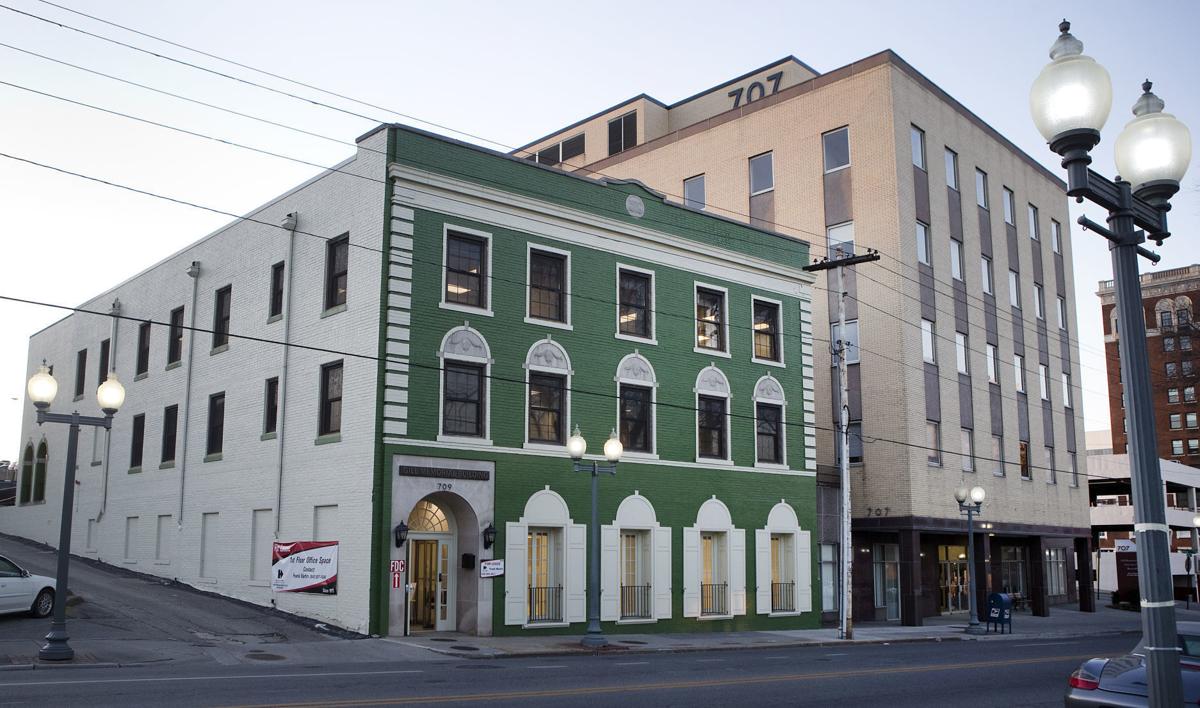 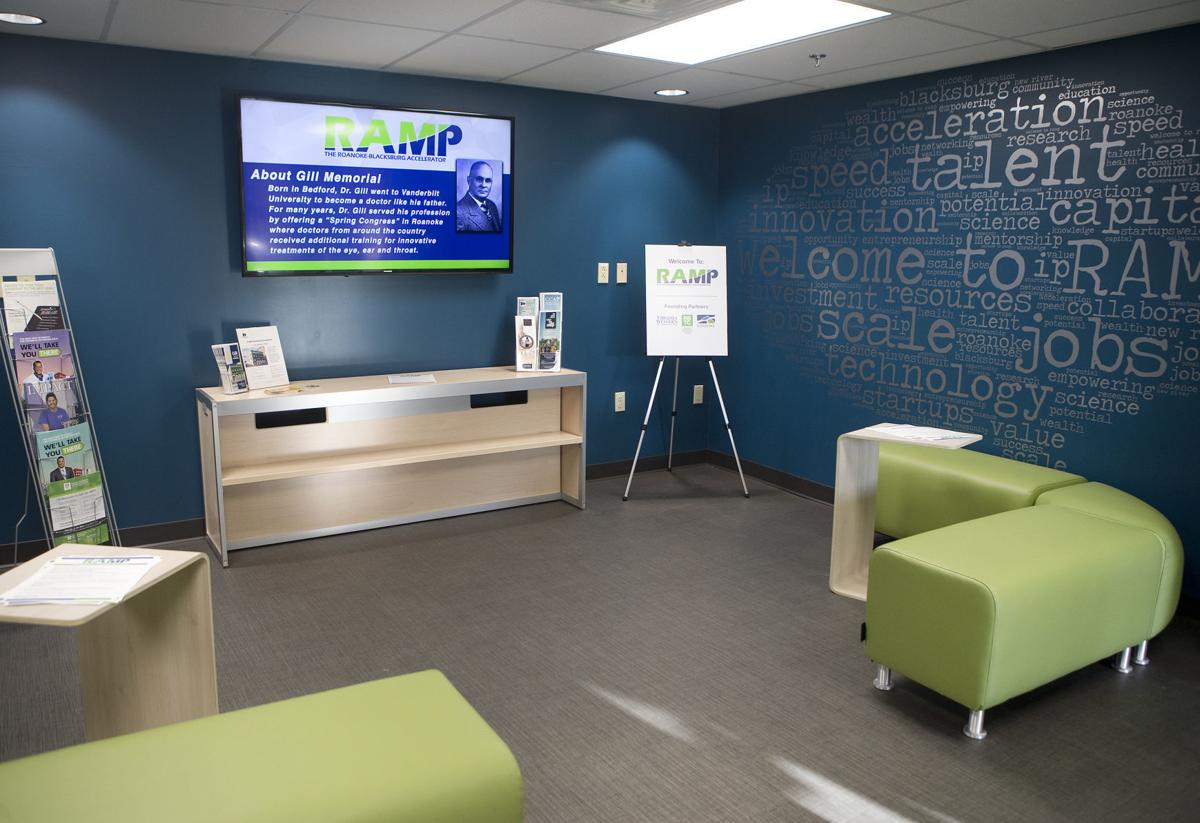 Seventh-grade students dance to music booming out of speakers from Crutchfield, a home electronics company, at a September event that was part of the United Way of Southwest Virginia’s Ignite program. Ignite received funding from GO Virginia.

GO Virginia has been going now for two years.

The statewide initiative’s Region 2 Council, which seeks to spur high-wage jobs and economic development in a broad area that includes the Roanoke and New River valleys, awarded its first round of grants to projects in January 2018.

Since then, a total of 15 applicants have received about $3 million in state grants, coupled with another $6 million in matching funds. Another two projects have been approved but have not yet received their funding.

The results so far: 72 jobs have been created, according to Virginia Tech’s Office of Economic Development, which provides administrative support for the council.

Another 147 jobs were retained, meaning new training and development opportunities kept them from being killed or exported.

And 570 more jobs are projected over the next three to five years.

“It’s probably too early to form an evaluation of how it’s going, but I am encouraged by the numbers at this point,” said Ray Smoot, chairman of the Region 2 Council.

“I am cautiously optimistic.”

Region 2 leads the state in the number of projects funded, according to the Virginia Department of Housing and Community Development, which provides the grant money.

“This is due, in part, to the strategic approach they have taken in developing regional partnerships, identifying high-impact projects aligned with their Growth and Diversification plan and moving forward quality applications,” Sara Dunnigan, deputy director of GO Virginia and economic development for the agency, said in a written statement.

Focus on the front endEconomic development often is measured by the end result, when a company holds a news conference to announce that it is spending millions of dollars on a new factory that will employ hundreds of workers. GO Virginia is focused more on the front end, awarding money to organizations, projects and coalitions that more quietly pave the way for the next announcement, big or small.

When the General Assembly created GO Virginia — short for the state’s Growth and Opportunity Fund — in 2016, the idea was to inject new life in an economy hampered by cutbacks in defense and other federal programs.

To foster more private-sector growth, nine regional councils were appointed to dole out state grants to projects that would focus on workforce development, technology, entrepreneurship and site development in their respective areas.

Region 2 comprises what many people think of as four regions: the Roanoke and New River valleys, the Alleghany Highlands and the Lynchburg area. Spanning more than 200 miles from Appomattox to Pulaski counties, it includes five cities and 13 counties.

“I just don’t know of anything that sweeps across such a broad geography,” Smoot said.

But once the council of business, education and community leaders was assembled to address the region’s needs, they found much in common.

“I think it’s more of an opportunity than it is a challenge,” said Floyd Merryman, a Lynchburg-area businessman who serves on the 25-member council. “We are getting all of our heads together.”

With much of Virginia’s population — and power — concentrated in the urban crescent of Northern Virginia, the Richmond area and Hampton Roads, it made sense to members of the Region 2 Council to consolidate their strengths rather than compete for resources.

“I think it’s going to be important, as the urban areas of the state continue to grow, for us in the less-populated areas to work together,” Smoot said. “To use the old expression, it’s hard to circle one wagon.”

No turf battlesOne of the first projects to receive funding was regionwide, a “Stop the Brain Drain” strategy developed by the Roanoke Regional Partnership aimed at keeping college students in the area after they graduate.

With 25 colleges and universities, Region 2 “is quite simply a massive exporter of high-skilled talent needed by our target industry sectors,” a study by the council concluded.

Other projects receiving state money include efforts to expand worker training to make better use of local talent, advance drone technology in the Alleghany Highlands, strengthen the relationship between schools and employers, and improve small business counseling.

While many of the efforts involve tutoring and collaborative planning, others take a more bricks-and-mortar approach, such as developing sites for future industries or establishing laboratories for new fields such as 3D printing.

State funding comes with a requirement of matching funds or in-kind contributions from local, federal and private sources. Local governments have contributed $1.5 million.

Throughout the council’s vetting process for the grants, which sometimes played out for months before the applicants received funding, Smoot saw none of the turf battles that might have been expected with so many players at the table.

“It turns out, looking in the rear-view mirror, that we’ve funded projects in all of the region,” he said. “But no one has said, ‘Your region got three and we got only one.’ ”

After the council recommends state funding for a project, it goes to the statewide GO Virginia board for final approval.

At least 229 businesses were engaged in the first 15 projects to receive money from the council, according to John Provo, director of Tech’s Office of Economic Development.

“I think it’s fundamental to the success of the program,” John Phillips, president of the Roanoke-Blacksburg Technology Council, said of the $244,300 in GO Virginia funding to the Regional Acceleration and Mentorship Program, or RAMP, which provides assistance for technology-based startups in the area. The program is a joint venture of the technology council, Virginia Western Community College and the city of Roanoke.

While small businesses have gotten off the ground with GO Virginia’s help, the program also seeks to reel in bigger fish.

One way is by helping to build water and sewer lines for a 109-acre site that is being primed for development at the intersection of interstates 81 and 581 in Roanoke County.

The tract, known as Wood Haven, is one of the few large industrial sites yet to be developed in the valley.

“It fulfills a critical gap in our real estate inventory, because we really didn’t have any property left of any size,” said John Hull of the Roanoke Regional Partnership, one of the groups involved in the effort.

“If we didn’t have the assistance of GO Virginia,” Hull said, “we wouldn’t have been able to move as quickly and go as far as we needed to go.”

The goal of GO Virginia is to create jobs that pay more than the region’s median income of about $43,000 per year. Region 2’s council has identified four priorities of growth that account for about one-third of the area’s jobs: advanced manufacturing, emerging technologies, life sciences and health care, and food and beverage manufacturing.

Nineteen applications have been filed with the Region 2 Council, and officials are urging more organizations to seek a total of $1.4 million available this year.

“Where we go is really up to you,” Ab Boxley, vice chair of the council, told the crowd at a recent celebration of the initiative’s first two years of work.

While $3 million in state funds over two years may not be much for such a broad area, officials are hopeful that the General Assembly will make more money available, once the success of the initiative is established.

“You’ve got to crawl before you walk,” Merryman said, “and walk before you run.”

GO Virginia's regional council has 15 programs funded and under contract

Over the past two years, 15 programs have received grant funding from GO Virginia’s Region 2 Council in the following areas: