Donald E. Martin, born to Ed and Elva Martin on December 10, 1936, 83, died on Sunday, February 16, 2020. Besides his parents he was preceded in death by his sister, Geneva Fitzgerald. After graduating from William Fleming High School and 6 months at Va. Tech, he went to work for Piedmont Airlines, in Roanoke for 12 years attaining Chief Agent of Operations. He was promoted to Assistant Station Manager, at Washington National Airport. After 2 and half years in Washington, he was promoted to station manager in Lynchburg, Va. After 12 years in Lynchburg, he was promoted to station manager in Asheville, N.C. After 7 years in Asheville and the buyout by U.S. Air, he returned to Lynchburg and retired there after 34 years with the Airlines. Mr. Martin was a member of First Baptist Church and a member of the Joshua Family Sunday School class. He drove a church bus and was the chairman of the Baptism committee for several years. Donald is survived by his wife of 63 years, Joyce D. Martin; sons, Kevin Martin (Elizabeth) and Rodney Martin (Cheli); and grandchildren, Avery, Courteney, Tiffany, and Daniel. Services will be held Thursday, February 20, 2020, at 1 p.m. at Simpson Funeral Home Chapel. Interment will follow services at Cedar Lawn Memorial Park. The family will receive friends Wednesday, February 19, 2020, from 6 until 8 p.m. at Simpson Funeral Home. Arrangements by Simpson Funeral Home. (540)366-0707. 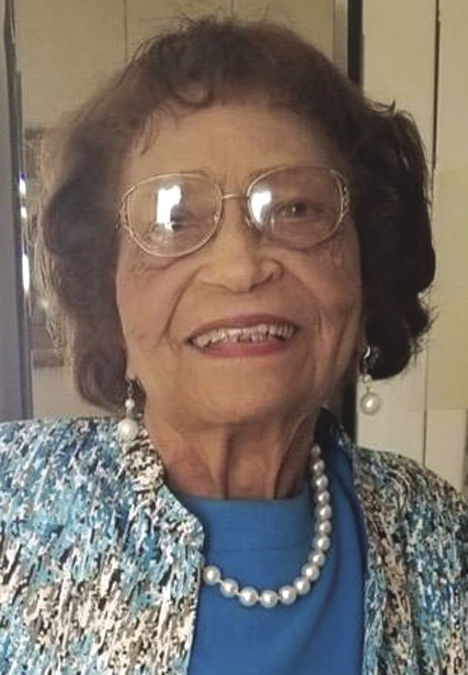 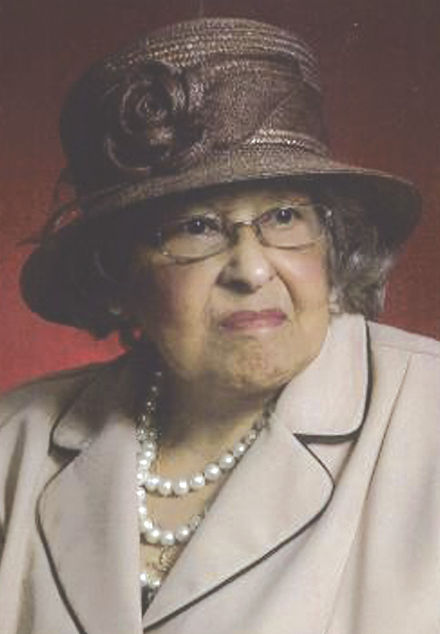 Eula Mae Lewis-Sullivan, of Forest, Va., passed on Friday, February 14, 2020. Eula was born on March 9, 1930, in Appomattox, Va. She was the mother of Gail Forest (Thomas), Michael J. Sullivan, and the late Lorrie J. Toone. In lieu of flowers, please send donations to Diamond Hill Baptist Church, 1415 Grace St., Lynchburg, Va. 24504. A celebration of Eula's life will be conducted at 11 a.m. on Wednesday, February 19, 2020, at Springfield Baptist Church in Appomattox, Va. Her remains will be open to the public one hour prior to the service. Family and friends will assemble at the church. Condolences may be emailed to comfuneral@aol.com. Community Funeral Home directing. 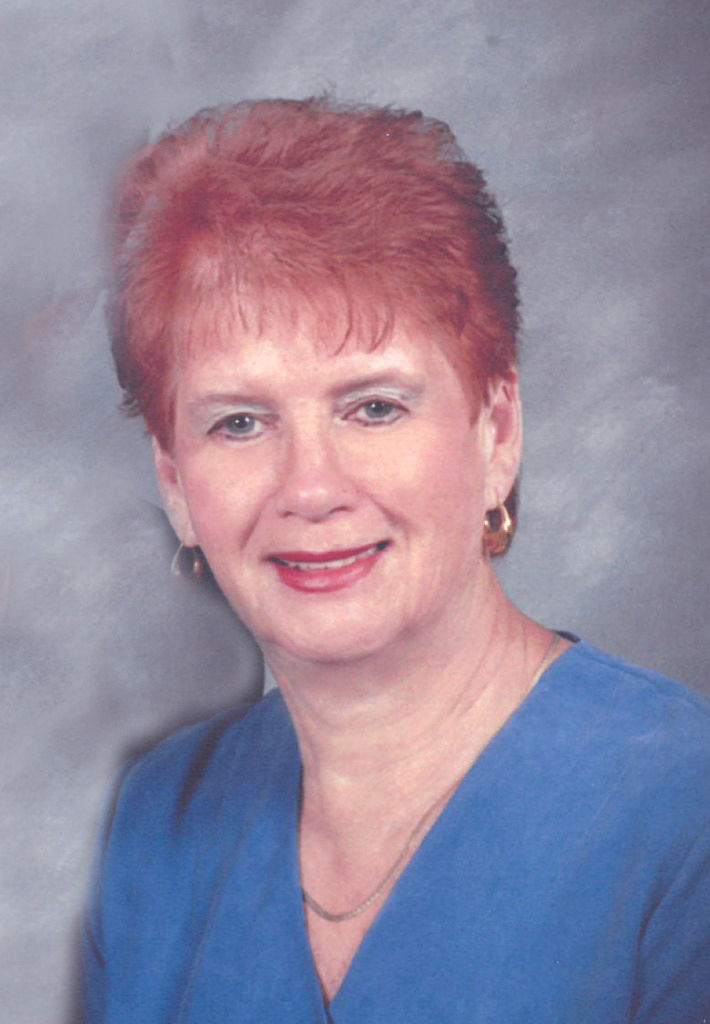 Florence Saunders Cole, 81, of Goode, Virginia, went to join her husband, Charles Byron Cole in heaven on Friday, February 14, 2020. The family will receive friends today, Tuesday, February 18, 2020, from 7 until 8:30 p.m. at Tharp Funeral Home, 220 Breezewood Drive, Lynchburg. A celebration of Florence's life will be conducted on Wednesday, February 19, 2020, at West Lynchburg Baptist Church, 2021 Memorial Avenue, Lynchburg, Virginia at 11 a.m. with Dr. Robert Putt officiating. After a reception at the church, interment will follow in Virginia Memorial Park. Words cannot begin to express the special thanks and appreciation to Dolores and Robert for their lifetime of giving to our family, but especially the last few weeks. We couldn't have made this difficult journey without them. Dolores was like a sister to Florence. Florence will be greatly missed by her family and friends and all who knew her. Tharp Funeral Home & Crematory, Lynchburg, is assisting the family. To send condolences, please visit tharpfuneralhome.com.

Fred S. Bailey, 94, of Lynchburg, passed away peacefully at his home. He was the loving husband of 72 years to Ann Bailey. He was born on April 5, 1925, near Beckley, W.Va. to the late John Laurence and Laura Victoria Phipps Bailey. Fred served his country during World War II in the United States Army in the Pacific Asiatic Theatre. Fred was a graduate of the University of Florida, Gainsville, with a degree in accounting. He initially worked for the state wide accounting firm of Leach, Caukins & Scott and later he formed his own partnership of Daniel, Bailey & Norvelle. Fred is survived by his wife, Ann; two children, Ray (Janine) Bailey, Harrisonburg, Va. and Linda Kay (Todd) Blount, Lynchburg, Va.; one granddaughter, Kendall Ann Bailey, Washington, D.C.; one brother, Donald (Bette) Bailey, central Florida; other relatives and friends. He was preceded in death by his parents; one brother, Ernest Bailey; and three sisters, Evelyn Toney, Jewel Griffith and Frances Lares. He enjoyed working outdoors and there was never a tool he could not invent or create out of scrap. Funeral services will be held at 11 a.m. on Thursday, February 20, 2020, at Diuguid Funeral Service & Crematory, Wiggington Rd. Chapel. Private family burial will be held following the service. The family would like to thank Centra Hospice and especially Becky Goodyear for the loving care they provided. In lieu of flowers, the family prefers contributions be made to Salvation Army,2215 Park Ave, Lynchburg, VA 24501.

Joseph Wayne Lloyd Sr., 69, of Pleasant View, went to be with his Lord and Savior on Saturday, February 15, 2020. Born in Lynchburg, on July 3, 1950, he was the son of the late Hilda Campbell Lloyd and the late Harlan Collins Lloyd. Joseph was an active member of New Prospect Baptist Church and a volunteer for the New Prospect Baptist Church foodbank where he served his community. He is survived by his wife, Kathleen Victoria Doss Lloyd; two sons, Joseph Lloyd Jr. and wife, Patricia and Kenneth Lloyd; one daughter, Tina Gail Lloyd; two stepchildren, Dianna Doss and McKinley Doss; two brothers, Harold Thomas Lloyd and wife, Barbara and Raymond E. Lloyd Sr. and wife, Martha; two sisters, Patricia L. Jones and husband, Dorman and Kathy L. Martin; and seven grandchildren, Tiffany Foster Mays, Ryleigh Lloyd, Candis Lloyd, Joseph Lloyd III, Paisley Lloyd, Traman Rogers, and Logan Rogers. A funeral service will be held at 1 p.m. on Wednesday, February 19, 2020, at New Prospect Baptist Church in Monroe with the Rev. Doug Turner and Mary Etta Payne officiating. Interment will follow at Allwood Cemetery. The family will receive friends from 11 a.m. until 1 p.m. prior to the service at the church. Whitten Monelison Chapel is assisting the Lloyd family (929-5712). 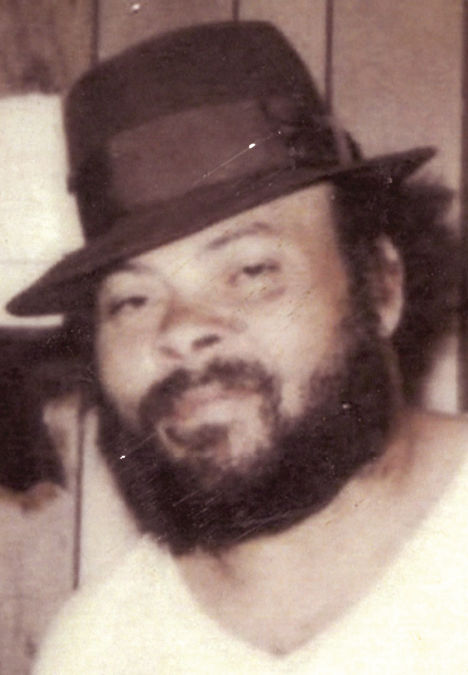 On Saturday, February 15, 2020, God called Danny E. Ferguson Sr. to eternal rest. He was born on October 29, 1952, to the late Earl L. Ferguson Sr. and Etta Ferguson. Also preceding him in death was his brother, Earl Ferguson Jr. He leaves to cherish his memory his loving and devoted wife of 35 years, Jacqueline "Jackie" M. Ferguson; two loving sons, Danny Ferguson Jr. (Megan) and Woodson Ferguson; four beautiful grandchildren, Keyonte Harden, Mckel Ferguson, Danny Ferguson III, and Miracle-Grace Ferguson; four loving sisters, Shirley Rucker, Glodelia Hutcherson (Carl), Linda Carter and Genetta Phillips (Cecil); his mother-in-law, Patricia McDaniel; devoted and caring sister and brother-in-law, Renee and Morris Deas; great friend and brother-in-law, Mike McDaniel; four sisters-in-law, Jennice, Rita, Tracy, and Michelle; one brother-in-law, Richard; one very close friend, Sam Scott; and too many others to mention, as well as a host of loving and caring nieces and nephews. Danny's love was fishing, and hunting and he will be remembered as one of the best. A homegoing celebration will be held at Prayer of Faith Temple Zion City on Thursday, February 20, 2020, at 2 p.m. with the Pastor Jonathan Willis officiating. Interment will follow in Forest Hill Burial Park. Tharp Funeral Home & Crematory, Lynchburg, is assisting the family. To send condolences, please visit tharpfuneralhome.com. 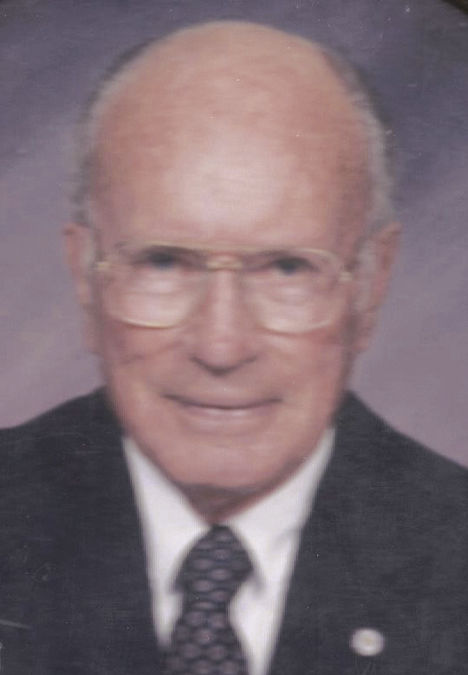 Oscar Jackson Barbour, 92, of Madison Heights, passed away on Sunday, February 16, 2020, at his residence. He was the husband of the late Alice Walsh Barbour for 47 years. Born on September 7, 1927, in Sycamore, Virginia, he was a son of the late Elijah Jackson Barbour and Eddie Julian Barbour. Oscar was a retired paint contractor who started his own successful family owned company called Barbour Paint Contractors in 1964 and was a member Wesleyan Methodist Church in Altavista. He was preceded in death by two sisters, Janie Weeks and Florine Edwards; and a brother, Andy Barbour. He is survived by his children; a daughter, Debbie Middleton and her husband, Butch, of Madison Heights; two sons, Dennis Barbour and his wife, Melody, of Bedford and Kendall Barbour and his wife, Leslie, of Lynchburg; two grandchildren, Daniel Barbour and his girlfriend, Jessica, and Brittany Barbour and her boyfriend, Joshua Bennett; a great-grandson, Jackson Barbour; seven step grandchildren, Travis, Brenn, Camryn, D.J., Diana, Danielle and Troy; a special niece, Joyce Harris; three special friends, Thelma Cumbie, Janet Barbour and Ken Gilbert; and many other nieces and nephews. A funeral service will be conducted at 1 p.m. on Thursday, February 20, 2020, in the chapel of Whitten Monelison with Pastor Donnie Stevens officiating. Burial will follow in Fort Hill Cemetery. Family will receive friends one hour prior to the service. To send online condolences to the family, please visit www.whittenmonelison.com. Whitten Monelison Chapel is serving the family, (434) 929-5712. 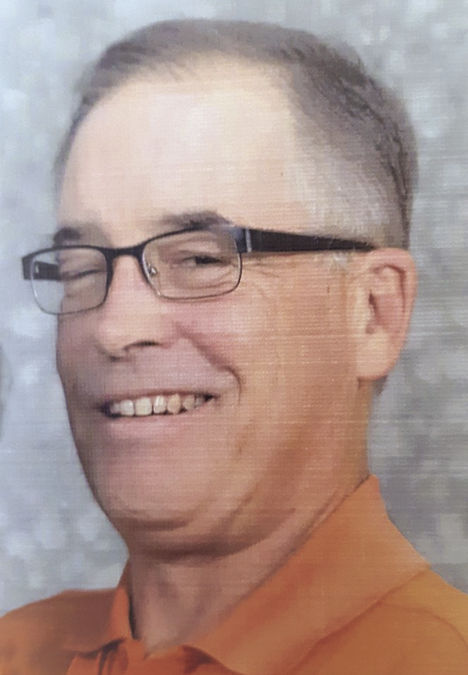 William Madison "Billy" McClenny III, a life-long resident of Amherst, passed away at home, unexpectedly, in his sleep, on February 16, 2020, at the age of 54. Billy is survived by his mother, Hazel McClenny Bolling (Cecil Bolling); The love of his life, Elizabeth Overby; two sisters, Robin Ayers (Thomas Ayers) and Katherine Gore (Jeffrey Gore); two brothers, Robert McClenny (Lacon McClenny) and Matthew McClenny; Aunt, Sally McClenny Wade; stepbrother, Bruce Edwards; stepmother, Dianna Edwards; three nieces, Alexandra Ayers, Ashlin Gore, and Meredith McClenny; two nephews, Zachary Ayers and Harrison Gore and a large, extended family of nieces, nephews and grandchildren. He was preceded in death by his father, William McClenny Jr. and four grandparents. Billy was born in Richmond, on April 2, 1965, to Hazel McClenny Bolling and the late William McClenny Jr. He served in the United States Army from 1983 until 1985. Billy graduated from CVCC in 1987 with a degree in Business. He was a self-employed electrician with his company, Paragon Electric. While having no biological children of his own, he was a father figure to his two younger brothers, Robert and Matthew, and to many individuals in his life including Arnold Cash, Joshua Routon, Jeremy Routon, Jessey Hooks, Joe Kelley Tomkins (Kenny Tomkins) and Misty Locke. Billy was an avid golfer as well as a devoted family man. Having a large family was the light of his life. This was the most important thing to Billy. All who knew him knew that if you were a friend to Billy, you were considered his family. He was loved by all and will be deeply missed by his friends and all who knew him. Family night will be held from 6 until 8 p.m., Tuesday, February 18, 2020, at Driskill Funeral Chapel. A celebration of his life will follow at 11 a.m., Wednesday, February 19, 2020, at the funeral home. There will be no graveside service. In lieu of flowers, donations may be made to Amherst County Historical Society or Amherst County Humane Society. Driskill Funeral Chapel, Amherst. www.DriskillFuneral.com.