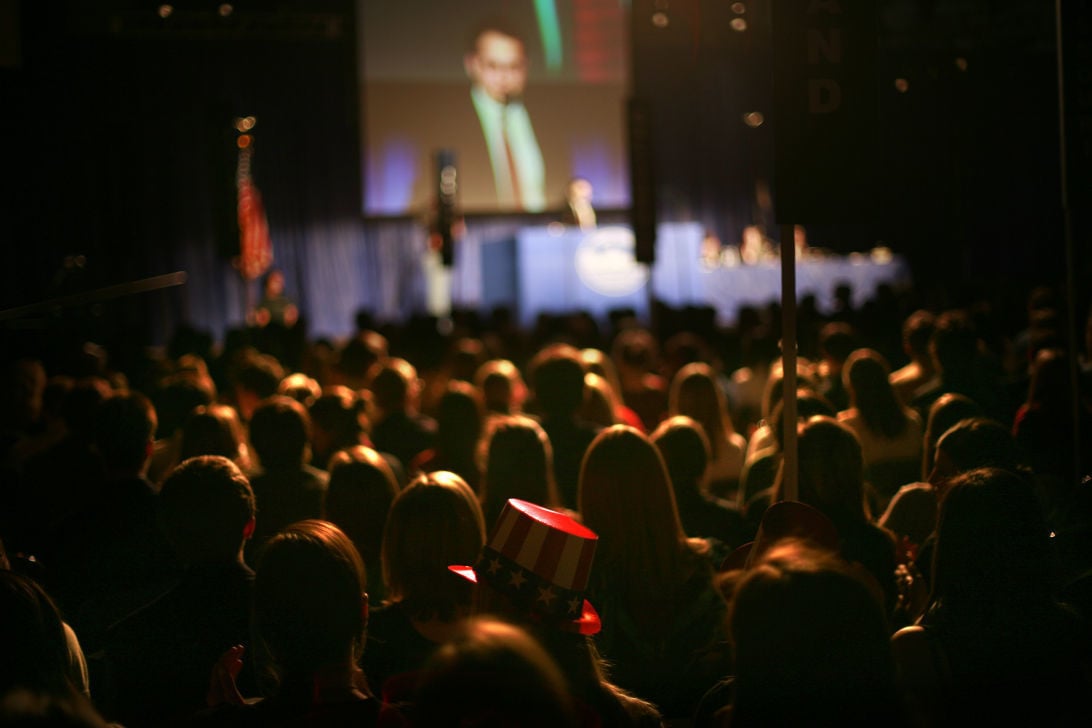 The 2008 Mock Convention was one of the rare ones that the students guessed wrong, choosing Hillary Clinton over eventual nominee and general election victor Barack Obama. 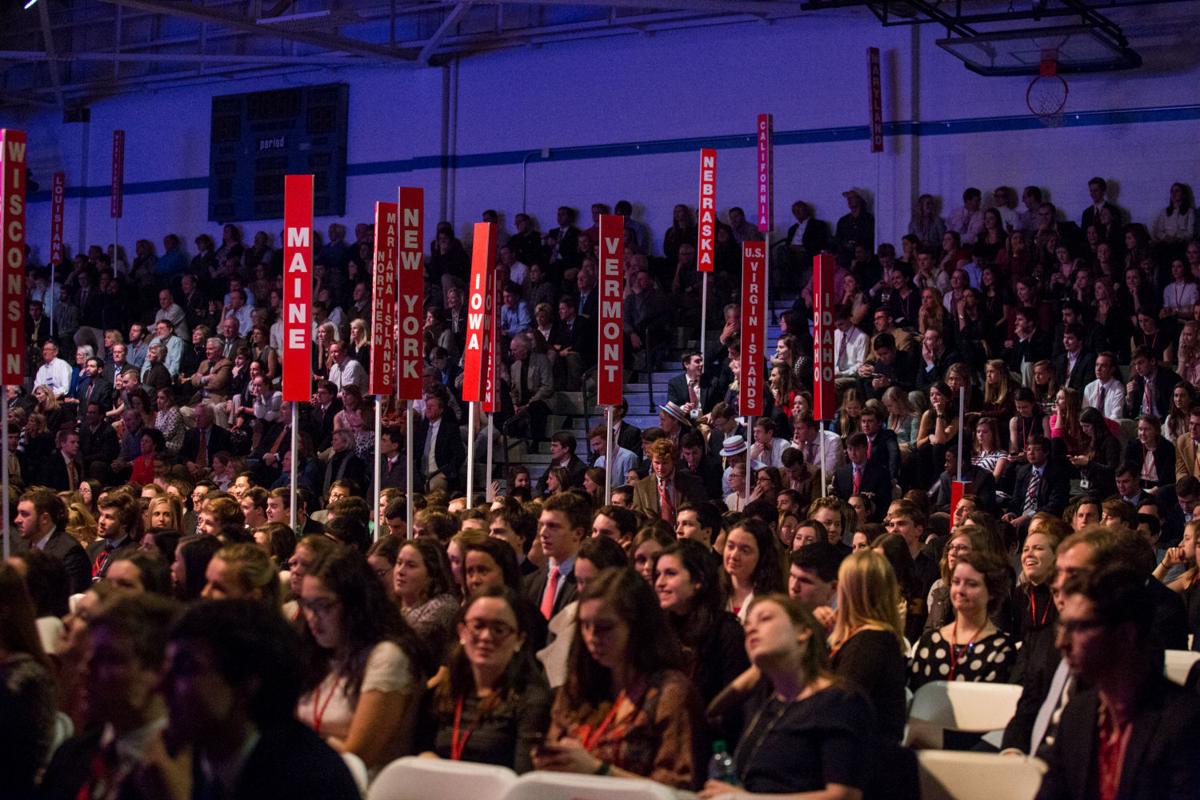 Washington and Lee University delegates prepare to vote in the 2016 Mock Convention, which correctly chose Donald Trump as the Republican nominee months before he secured the actual nomination. Mock Con has attracted an astonishing roster of featured speakers. 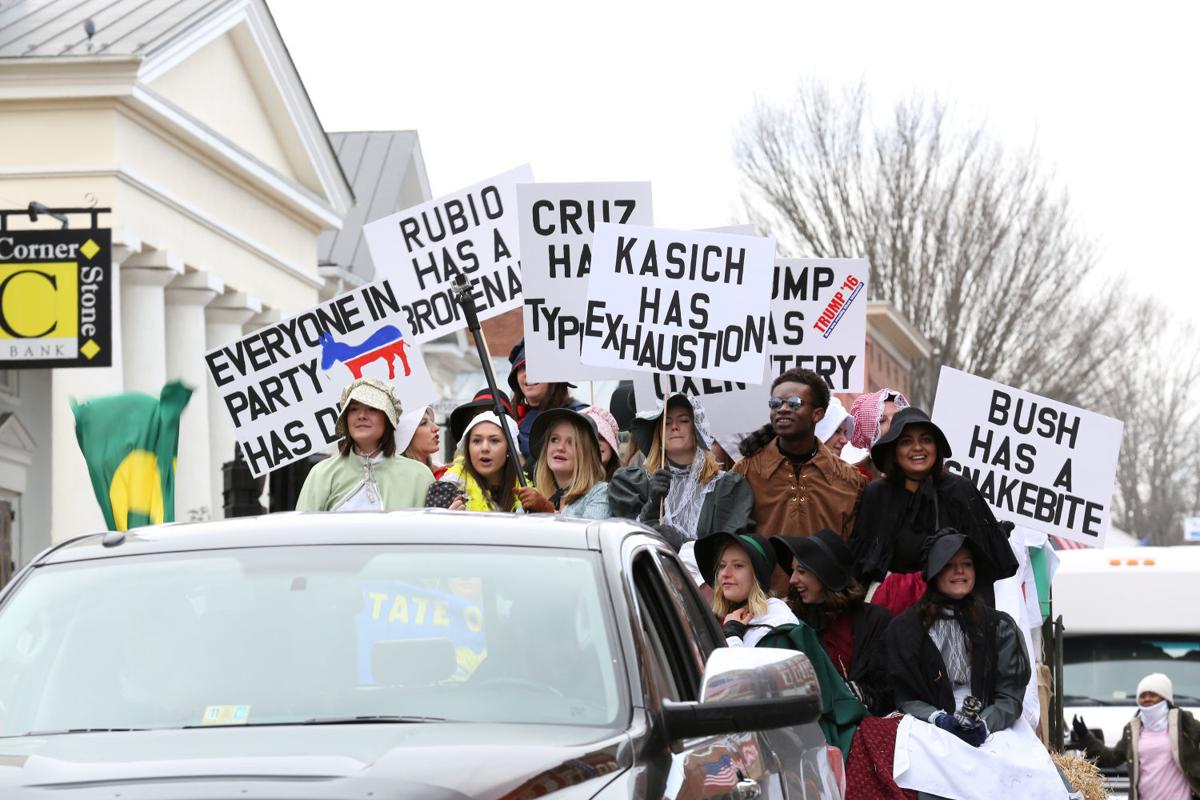 The Feb. 12, 2016, parade for the Washington and Lee University Mock Convention travels through Lexington. In the parade, students represent each state’s delegation to the convention. In 2016, students correctly predicted Trump would secure the nomination. 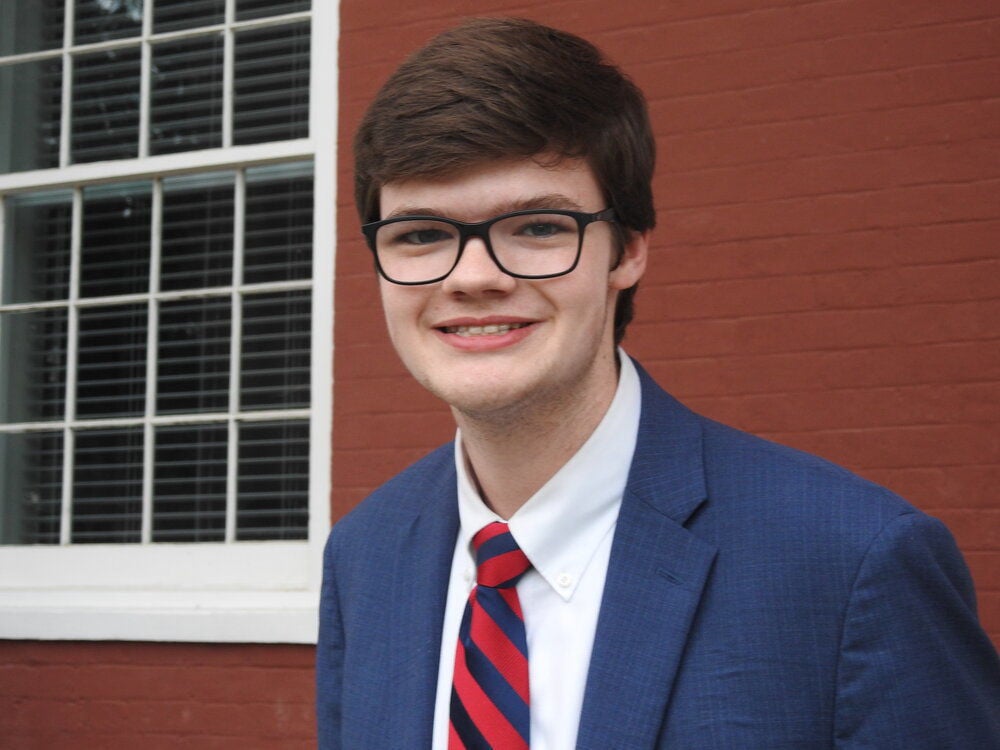 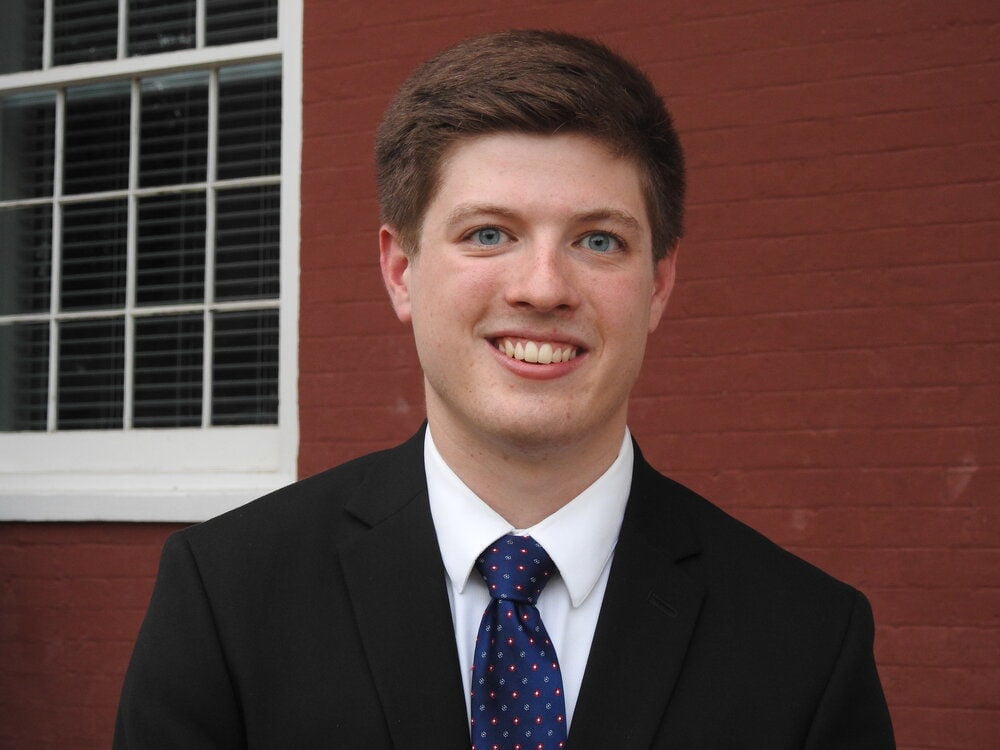 The 2008 Mock Convention was one of the rare ones that the students guessed wrong, choosing Hillary Clinton over eventual nominee and general election victor Barack Obama.

Washington and Lee University delegates prepare to vote in the 2016 Mock Convention, which correctly chose Donald Trump as the Republican nominee months before he secured the actual nomination. Mock Con has attracted an astonishing roster of featured speakers.

The Feb. 12, 2016, parade for the Washington and Lee University Mock Convention travels through Lexington. In the parade, students represent each state’s delegation to the convention. In 2016, students correctly predicted Trump would secure the nomination.

LEXINGTON — Four years ago, the students at Washington and Lee University’s Mock Convention predicted Donald Trump would win the Republican nomination for president, at a time when six candidates were still in the running. Their prediction proved correct.

This weekend, with 11 candidates vying to be Trump’s Democratic challenger in November’s election, national media outlets are sure to have a close eye on Lexington — especially given the chaos that enveloped the Iowa caucuses, which one W&L student organizer got to experience firsthand.

“Tuesday, once the news broke that they were not going to have the results out, it was a zoo in front of the Iowa Democratic Headquarters,” said John Harashinski, the Mock Convention’s political chair.

Mock Con, as the students call it, simulates a real presidential political convention, with students acting as delegates.

The tradition goes back to 1908, when students predicted that William Jennings Bryan would be the Democratic challenger to William Howard Taft. (The story goes that Bryan supporters and delegates supporting Minnesota Gov. John Johnson got into a brawl.)

The event has been a consistent four-year campus tradition since 1948.

Mock Con always tries to guess who the contender will be for the party that’s out of power, and its track record, while not perfect, is uncannily accurate, which is why politicians and pundits take it seriously.

“This is a research project,” said Luke Basham, Mock Con’s Democratic Party analyst. The latest edition of this epic project involved more than 1,000 students, years of work and a $1 million budget.

Harashinski described the students’ approach to research as a three-pronged strategy looking at “national trends that we’re seeing across all 57 delegations,” as well as “local trends that are spearheaded by the regional chairs, the respective state chairs and their delegates,” wherein the 1,500 student delegates “talk to people on the ground, comb over local newspapers, stuff like that, where we can get an inside look at what’s happening.”

“On the ground” research doesn’t literally mean students are traveling out to their chosen congressional districts all over the country, although in the case of Harashinski’s trip to Des Moines, it did.

He is the first Mock Con researcher to attend the Iowa caucuses in the W&L event’s history.

“When I walked in, the sheer number of people out there supporting Elizabeth Warren kind of took me by surprise, given her decline nationally,” he said. “That’s the kind of stuff that we want to capitalize on,” to balance polls that might be misleading.

Using all this research, “the idea is we can come together and come to one cohesive candidate,” Harashinski said.

There’s also an element of fun that’s a long-standing tradition: Students stage a parade on the opening morning and create floats themed after the states they represent in the convention.

In 26 previous Mock Cons, the predictions have proven correct 20 times, a 77 % success rate. Four of those six incorrect selections happened prior to 1952.

Starting that year, they’ve gotten it wrong only twice, and only in Democratic contests.

Their most recent miss was in 2008, when the mock delegates picked Hillary Clinton over Barack Obama. That disrupted more than three decades of dead -on prognostications — in 1972, the students erroneously picked Ted Kennedy over George McGovern.

Mock Con’s powers of prediction and its reputation as a dead-on simulacrum of a real national convention has over the decades attracted an astonishing roster of featured speakers.

To skim off the top: Harry Truman, Richard Nixon, Jimmy Carter, Thomas “Tip” O’Neill, Dan Quayle, Mario Cuomo, Newt Gingrich and Dick Cheney have all come to Lexington to speak at Mock Con. In 1988, Bill Clinton played his saxophone at an off-campus party. Ronald Reagan called in to thank the students when they chose him in 1980.

One major historical figure even met his death at Mock Con. Alben W. Barkley, U.S. vice president during Truman’s second term, collapsed and died of a heart attack after giving an impassioned speech as keynote speaker of the 1956 Mock Con.

With all that history to live up to, one might think that Harashinski, a senior from New Jersey studying American politics and education policy, and Basham, a senior from Wise double majoring in politics and American history, would be anxious about the difficulty inherent in making this year’s prediction.

“Obviously it is a very difficult primary, some might even argue the most difficult we’ve had in recent memory,” Basham said. “We do have a precedent for getting predictions that are difficult right. My main thought is that I do not want to look back, come July, when the actual DNC convention happens, and think there’s something that we could have done more. I am confident that we’ll get the prediction right, but above all else, I want to make sure,” in the event they make the wrong call, “we could look back and say we employed every single metric we possibly could.”

“It goes back to the students, just the tenacity of the W&L students. The students really take a lot of pride in this,” Harashinski said. “I’m really not worried that we’re going to get this thing wrong.”

Note: tickets to Mock Con are sold out.

Mock Con will be livestreamed at https://www.mockconvention.com/livestream

LEXINGTON — Anyone driving into Lexington on Friday morning about 8:30 a.m. likely saw a pickup truck headed the other way with a Statue of Liberty in the bed and someone in the driver’s seat who at a glance looked a lot like Elvis in sunglasses.