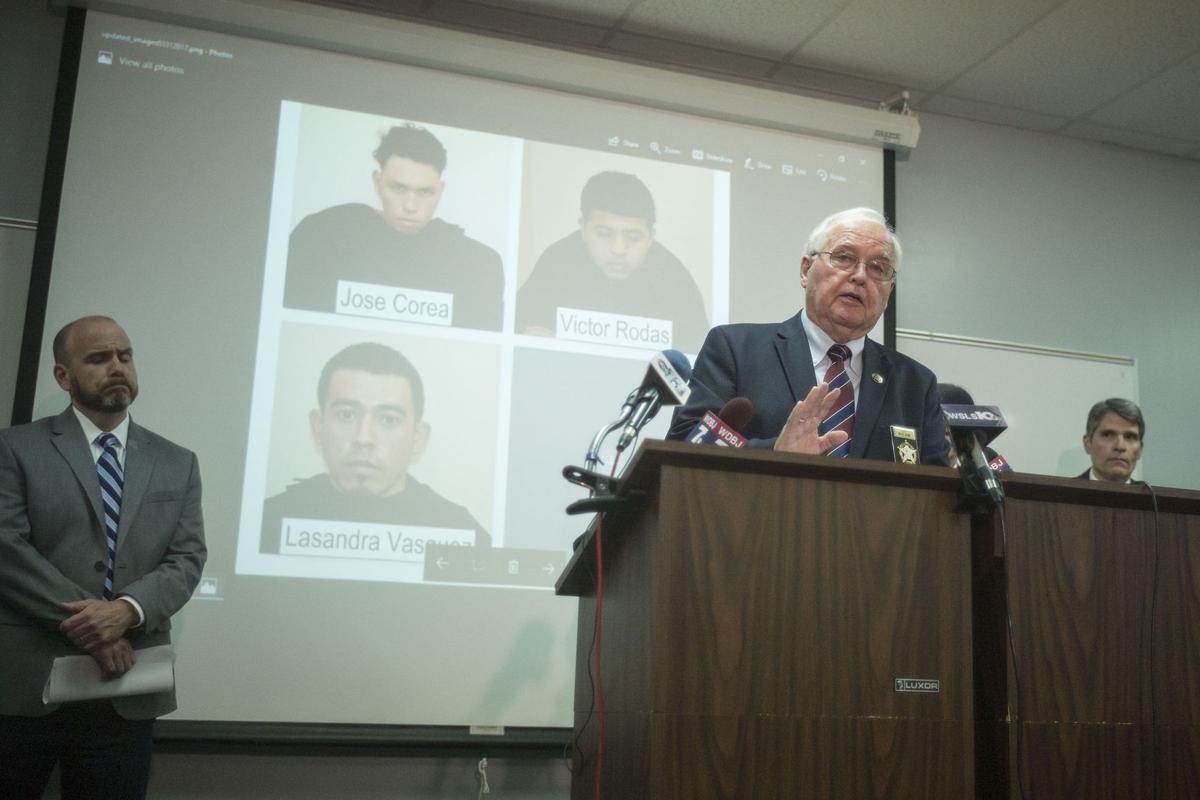 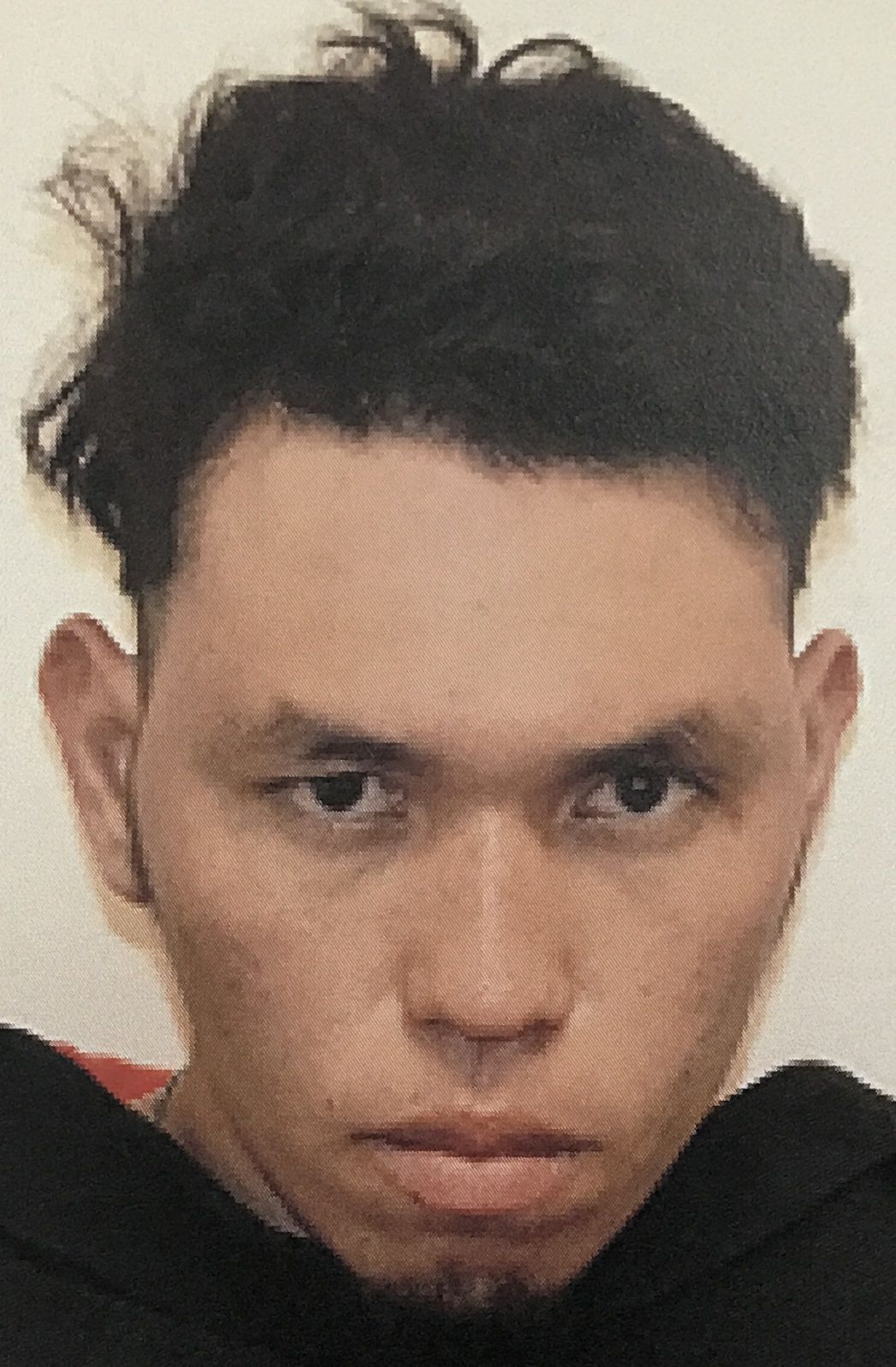 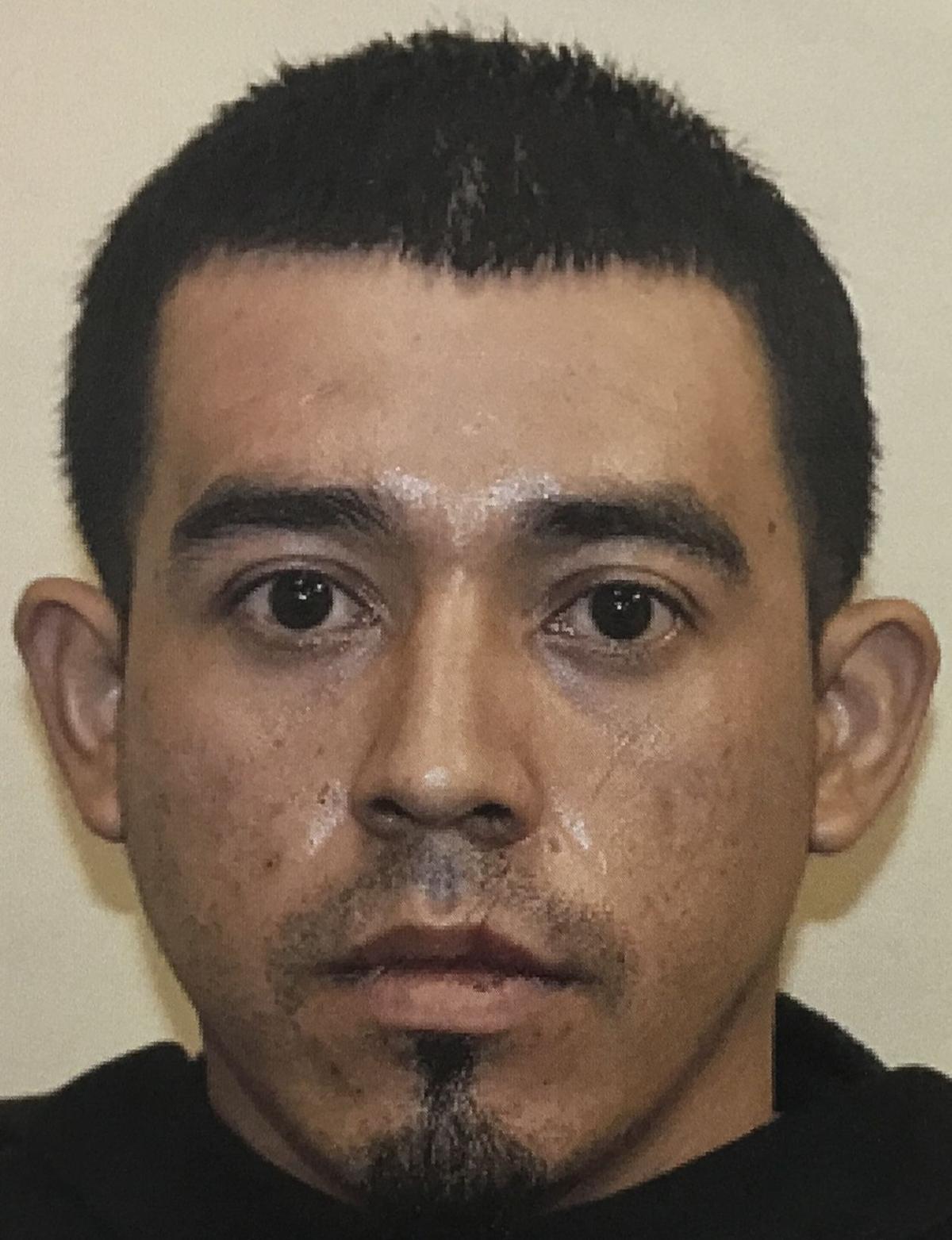 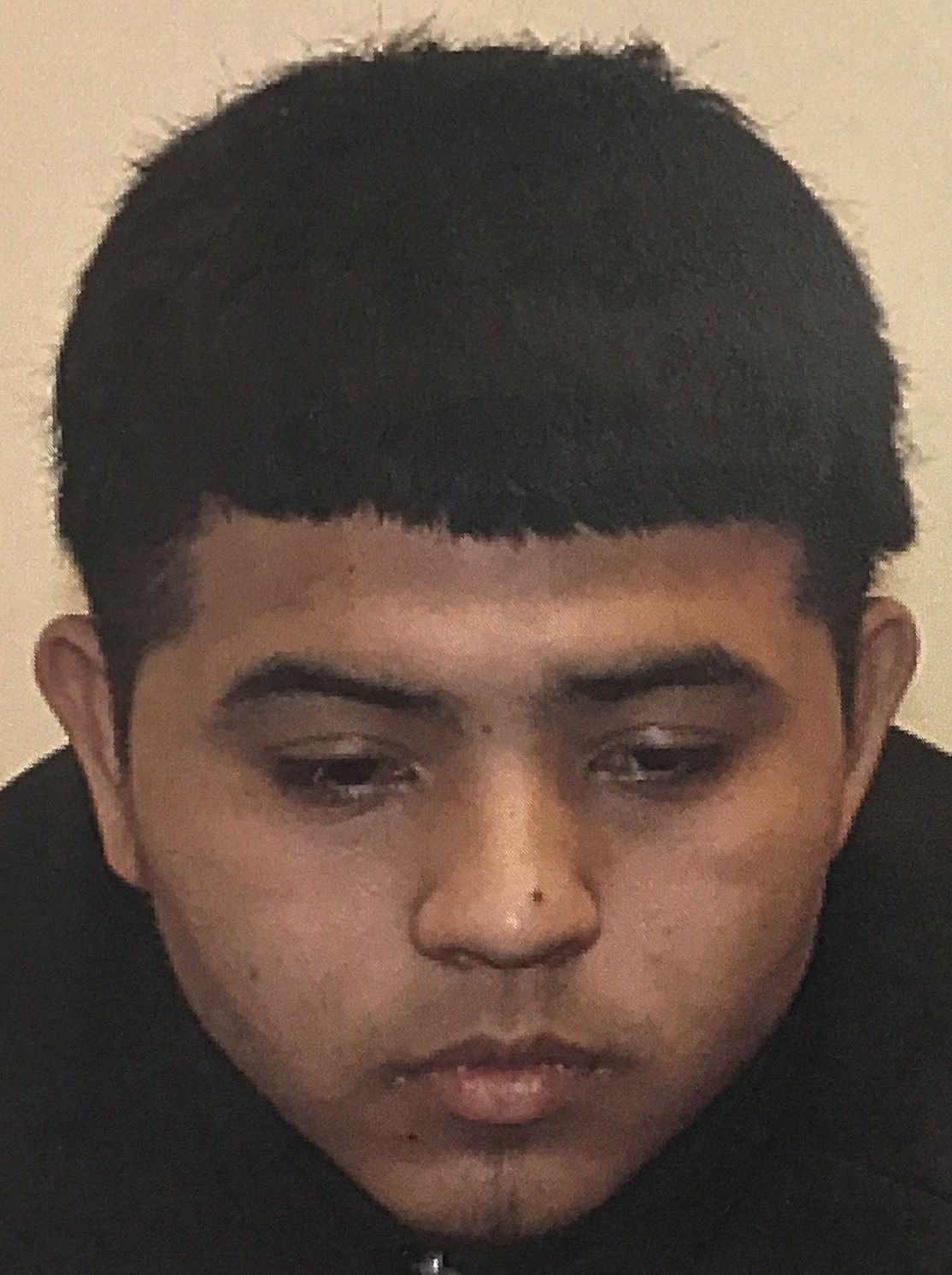 All three are undocumented immigrants and were arrested by U.S. Immigration and Customs Enforcement on Tuesday after initially being detained by the Bedford County Sheriff’s Office, according to an ICE spokesperson. Rodas and Posada-Vazquez had been living in Lynchburg.

All three are members of the gang MS-13, Brown said, which is made up mostly of Salvadoran nationals or first-generation Salvadoran-Americans, as well as other Central and South American immigrants.

Brown said Wood’s death was not random and is connected to “narcotic-related activity.”

“It appears at this point in time, the 17-year-old, a Raymond Wood, did not leave voluntarily from the city of Lynchburg,” Brown said.

Brown said Bedford County 911 dispatch received a call from a motorist about a body at about 9:30 p.m. Monday night. The motorist reported “she had found a deceased person lying in the road.” She told dispatch she saw an older model Honda Accord head toward U.S. 221 at a high rate of speed, Brown said.

“Minutes later, a Bedford County sheriff’s deputy responding to the call on Roaring Run Road met the Honda near Virginia Memorial Park on 221,” Brown said. “… The driver of the car identified himself as Victor A. Rodas, age 19, of Lynchburg. While talking to this individual, the deputy learned that he was an illegal alien. He was contained and transported to Bedford County Sheriff’s Office.”

On Tuesday morning, the sheriff’s office received a report of two Hispanic males asking a citizen on Brookhill Road, off U.S. 211 in the Forest area, to make a phone call for them. Once the call was placed, a small sports car driven by another Hispanic male arrived, and the two piled in, Brown said.

“A short time later the same vehicle returned and two more Hispanic males appeared out of hiding and entered the same vehicle and left the area at a high rate of speed,” a sheriff’s office news release states.

The vehicle soon was stopped on Cottontown Road, where sheriff’s deputies determined they were undocumented immigrants. Coreas-Ventura was one of the three men inside the vehicle that then were transported to the sheriff’s office, Brown said.

The driver of the car was not detained, Brown said.

That same morning, the sheriff’s office learned of a missing persons report filed with the Lynchburg Police Department. LPD officers on the scene at 1052 Coronado Lane said a missing persons call was made at about 4 a.m.

In a Wednesday news release, the Bedford County Sheriff’s Department said, “It has been determined that the investigation conducted by the Lynchburg Police Department concerning abduction is related to this [homicide] investigation.”

Late Tuesday afternoon, the Roanoke Medical Examiner identified the body found on Roaring Run Road as that of Wood.

Bedford transferred Coreas-Ventura to the Blue Ridge Regional Jail, and ICE arrested him the same day.

The Salvadoran is wanted in connection to a June 17, 2016, homicide of an 18-year-old man named Cristian Antonio Villagran Morales in Montgomery, Maryland.

Coreas-Ventura is the fifth person arrested in connection with the Maryland case. That case also was determined to be related to MS-13.

A detainer also was posted on Rodas and Posada-Vazquez Tuesday, Cutrell said. They currently are being held at the Farmville Detention Center after being arrested by ICE on Tuesday.

Bedford County Commonwealth’s Attorney Wes Nance said the Juvenile Domestic Court for Bedford County has completed documents that will allow the two men to be tried in Virginia.

Officials would not comment Friday on where Coreas-Ventura would face charges in connection to the case.

“We anticipate [the trial] will occur sometime next week,” Nance said. “As this is a fluid and ongoing investigation, I will continue to consult with the numerous law enforcement agencies represented here today about the potential of additional charges, the upgrading of charges and potential charging of other additional individuals as this investigation continues to gel.”

Citing ethical obligations as his reason for not being able to share any evidence at this time, Nance said he’s “doggedly” determined to bring justice to the Wood family.

Brown said investigators have processed the crime scene, several different vehicles and numerous witnesses since the discovery of the body.

“Due to the fact that the subjects were undocumented illegal aliens and not locals, an inordinate amount of time and man hours was required to ensure the true identities of these individuals,” Brown said.

In a joint statement, Brown and Lynchburg Police Department Chief Raul Diaz said there is no current concern for the safety of the general public.

Two in custody amid investigation; detainment of Salvadorans comes as homicide probe continues

There has been flurry of notable law enforcement activity in Bedford and Lynchburg this week.

There are more than 40 identified gangs in Lynchburg, and MS-13, a criminal gang made up mostly of Salvadoran nationals or first-generation Sa…

BEDFORD — Social media activity of potential jurors will be culled by the defense team in a gang-related murder case in Bedford County, accord…

A judge said Wednesday he will name two court-appointed attorneys each for two capital murder suspects in the slaying of Lynchburg teen Raymond Wood.