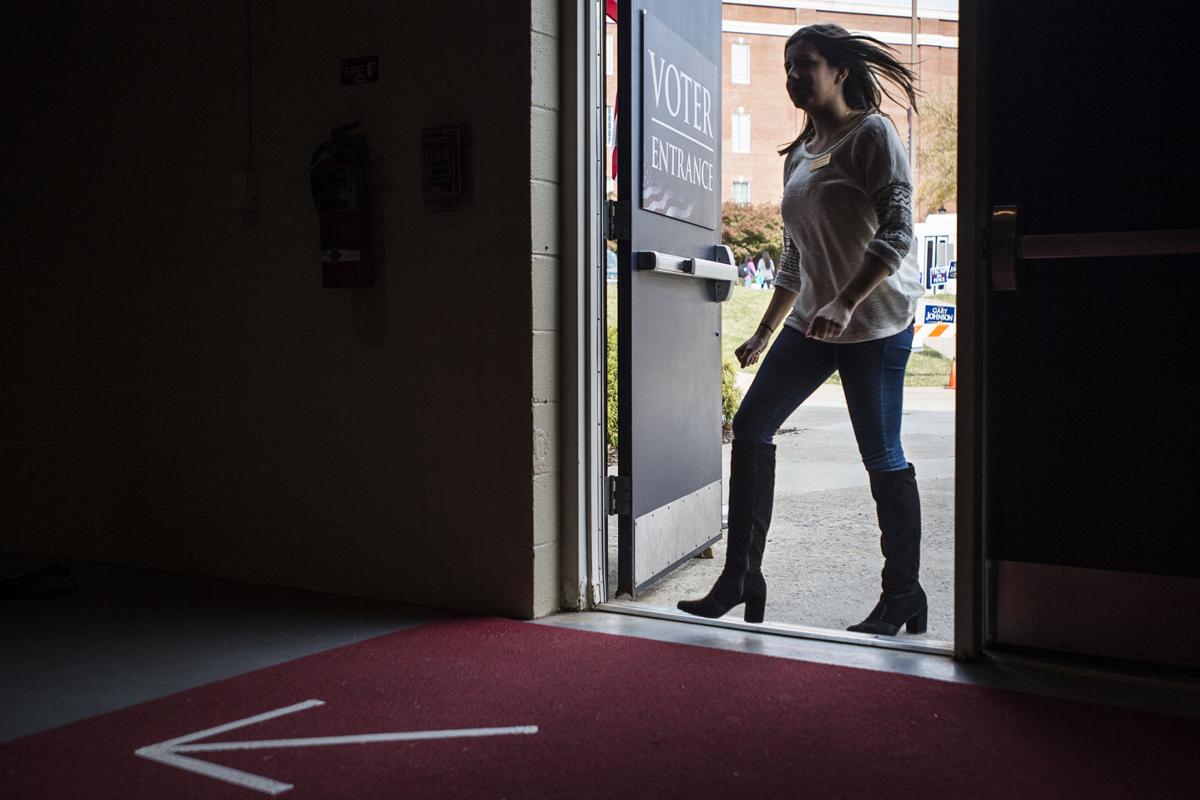 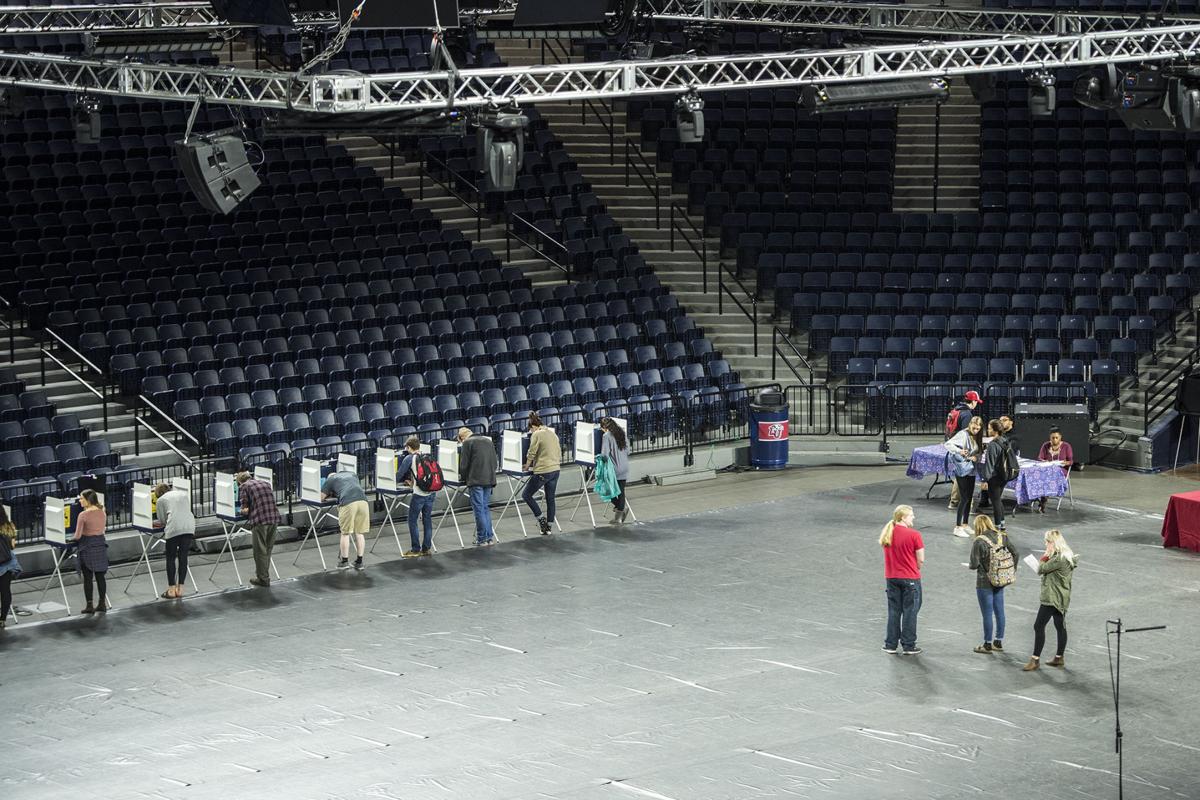 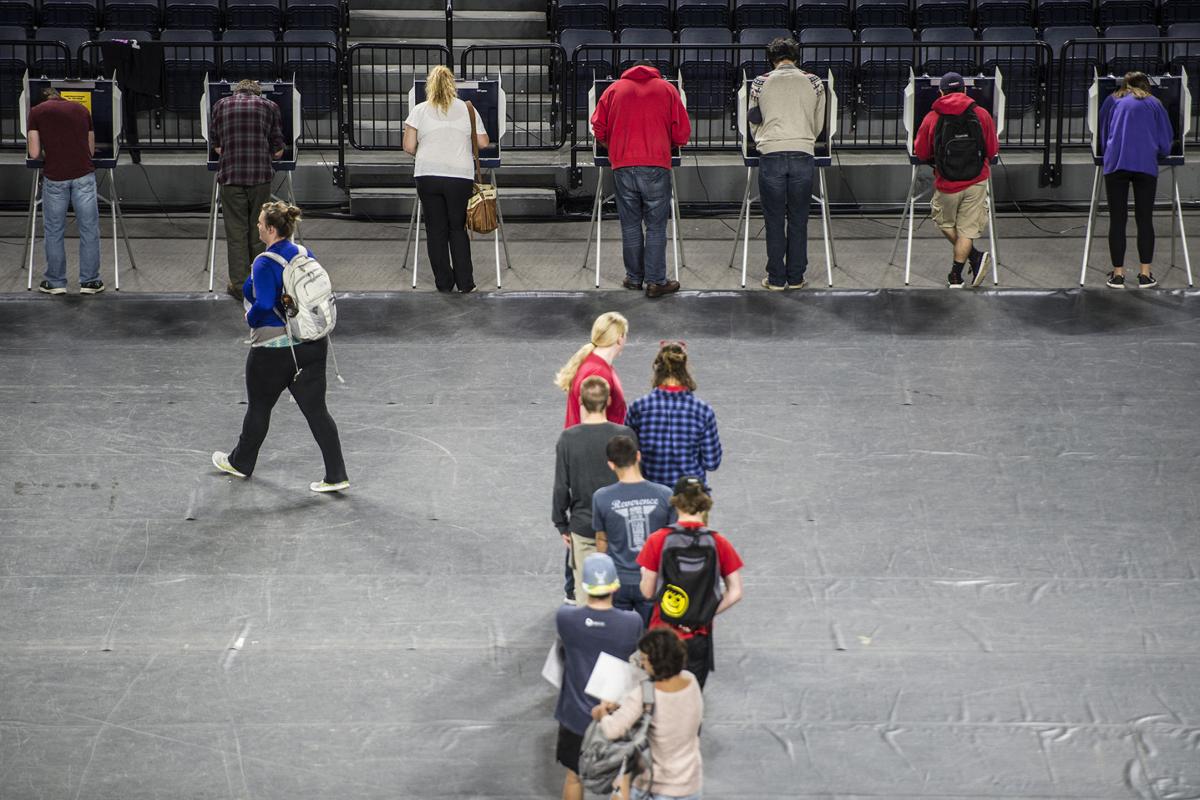 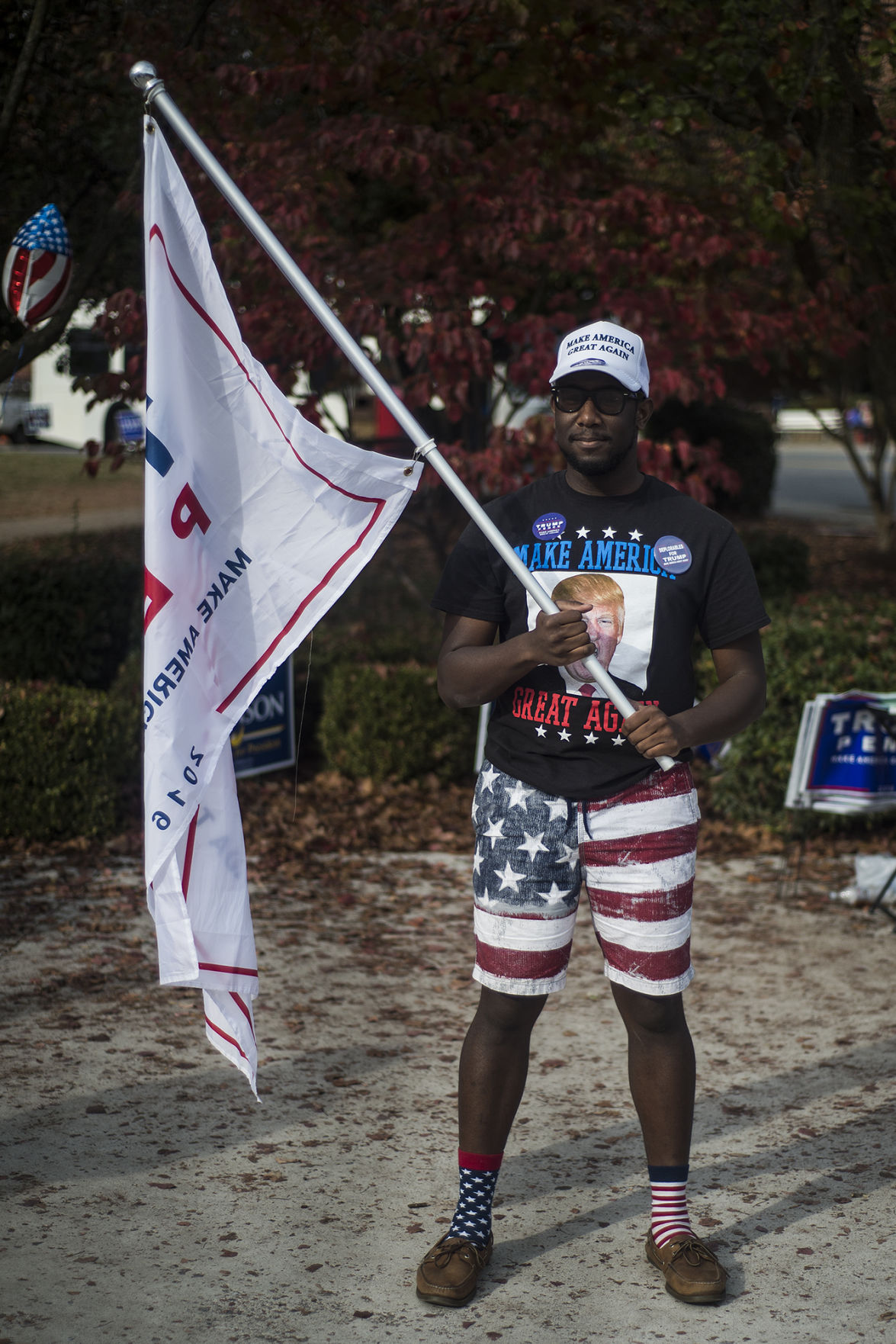 Liberty University senior Tevin Allen poses for a portrait while campaigning for Donald Trump outside the Vines Center on Election Day Tuesday November 8, 2016 in Lynchburg, Va. Photo by Lathan Goumas. 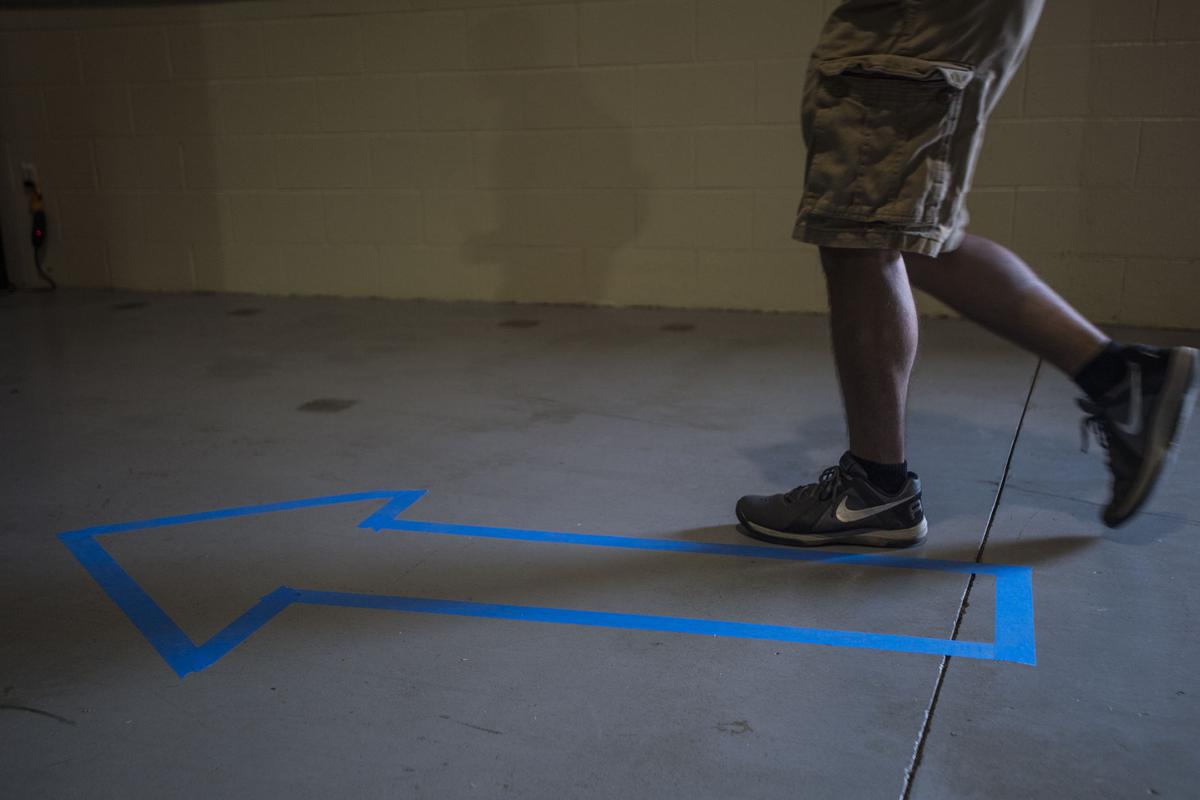 A voter follows an arrow to the polls inside the Vines Center at Liberty University on Election Day Tuesday November 8, 2016 in Lynchburg, Va. Photo by Lathan Goumas. 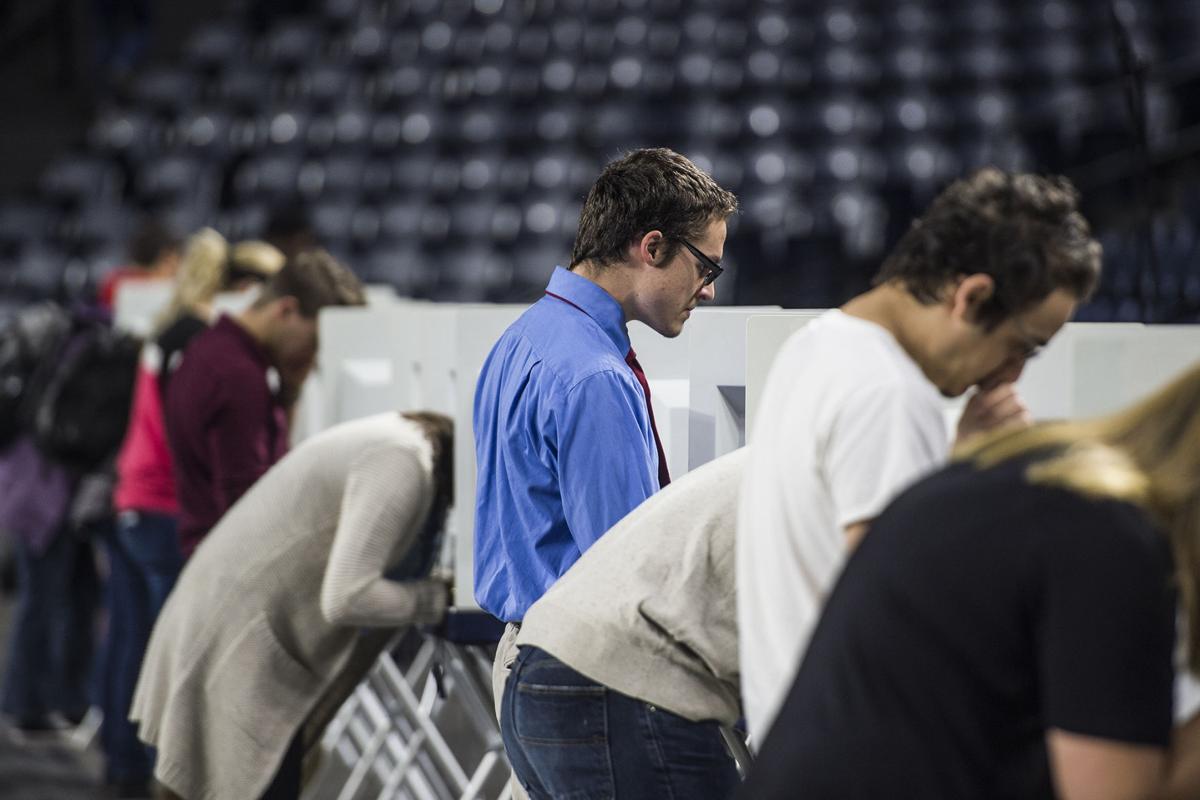 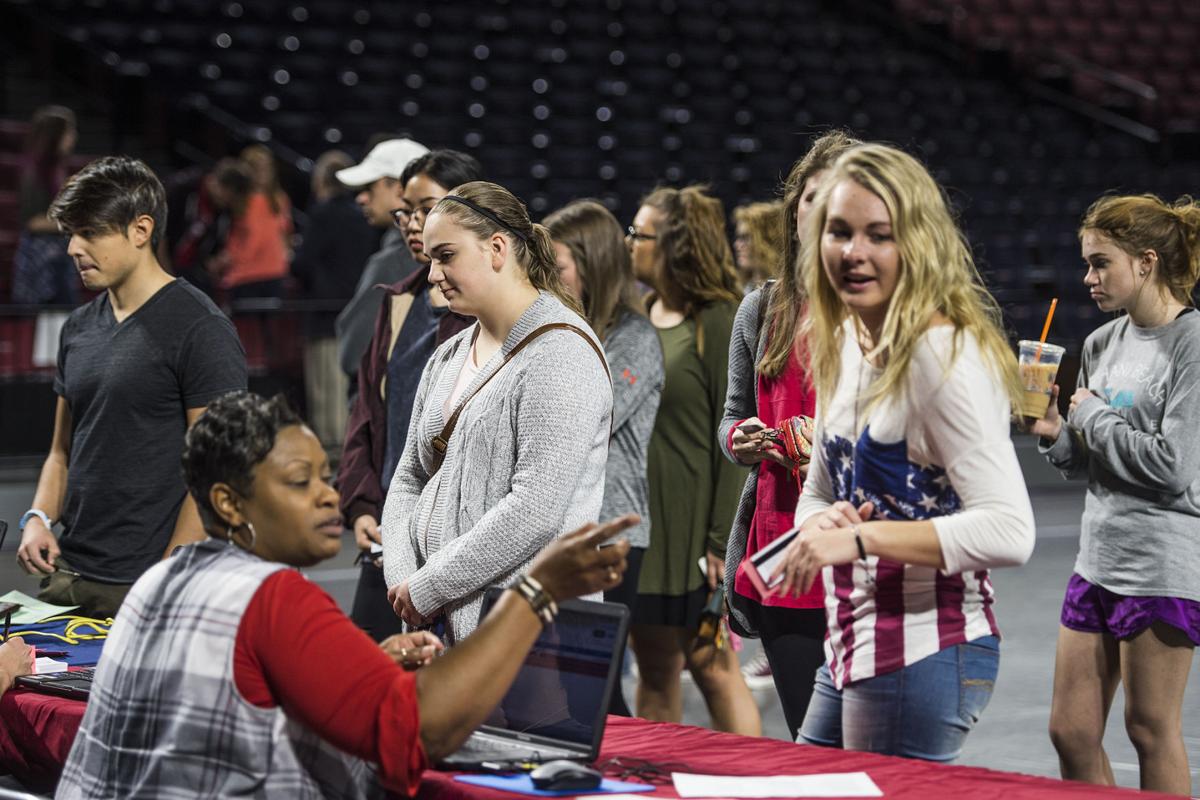 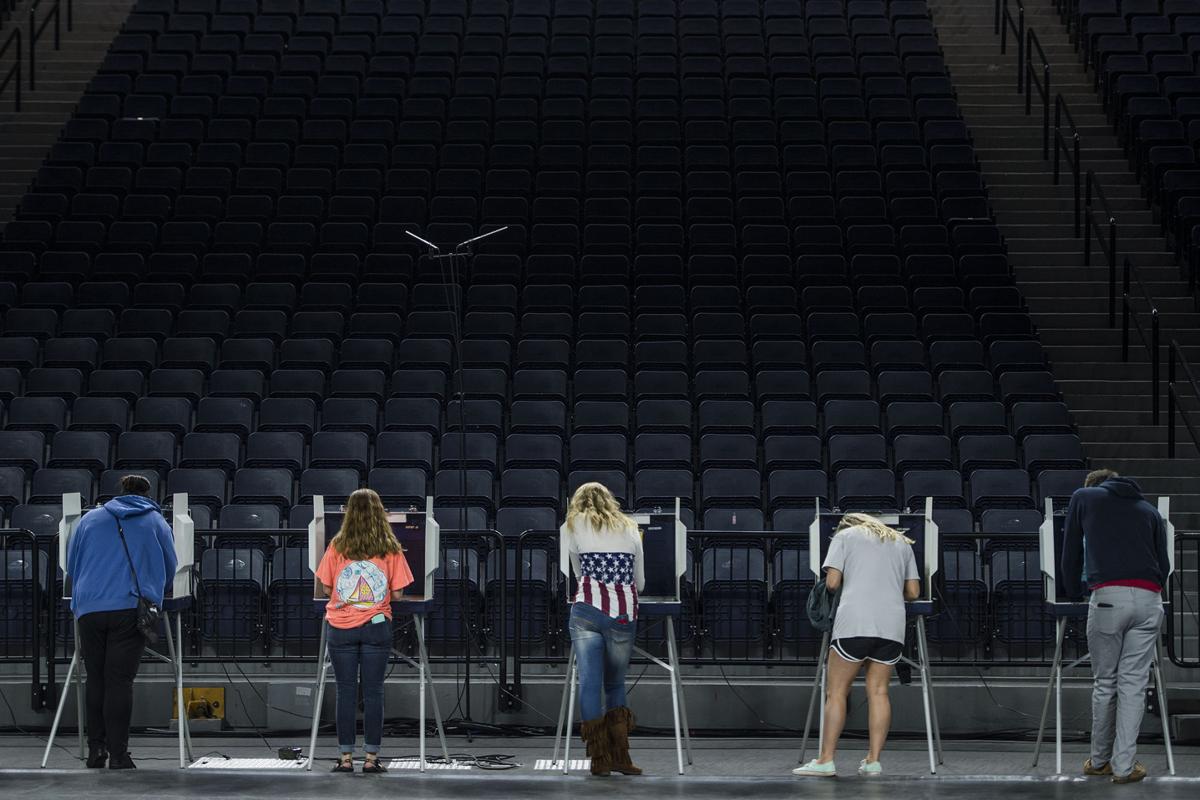 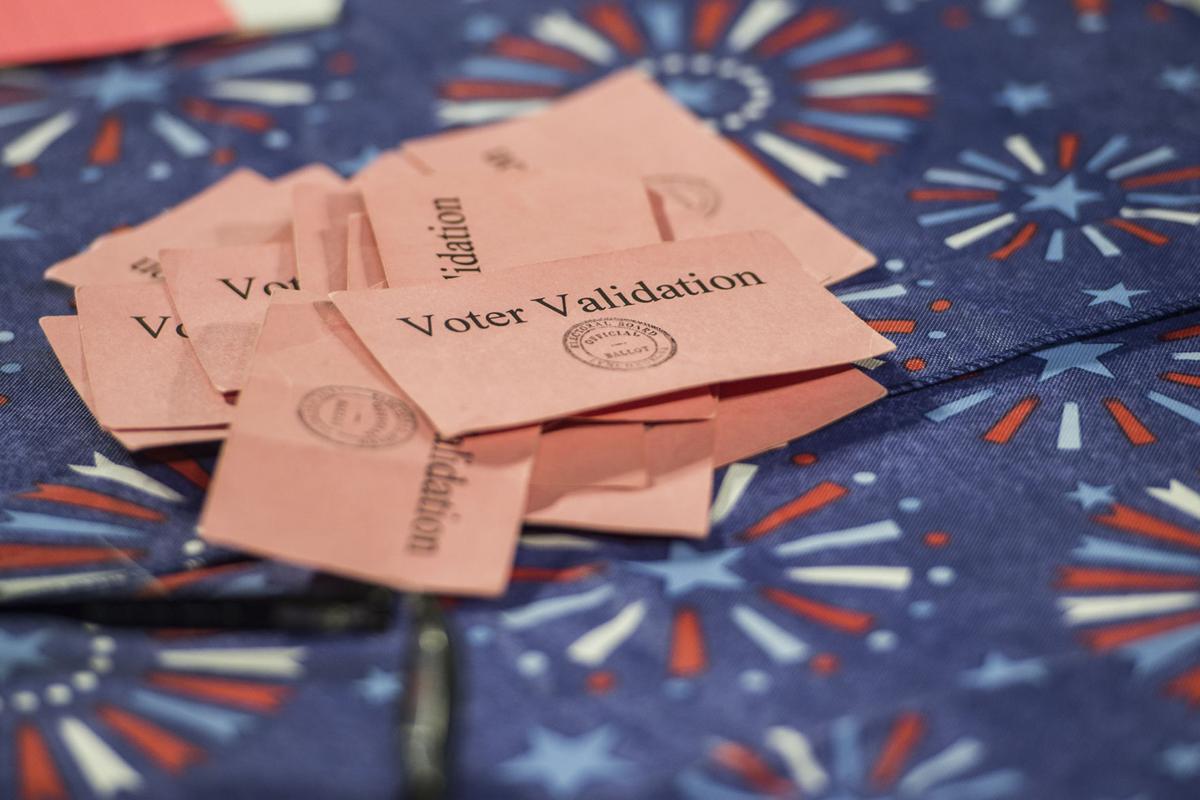 on Tuesday November 8, 2016 in Lynchburg, Va. Photo by Lathan Goumas. 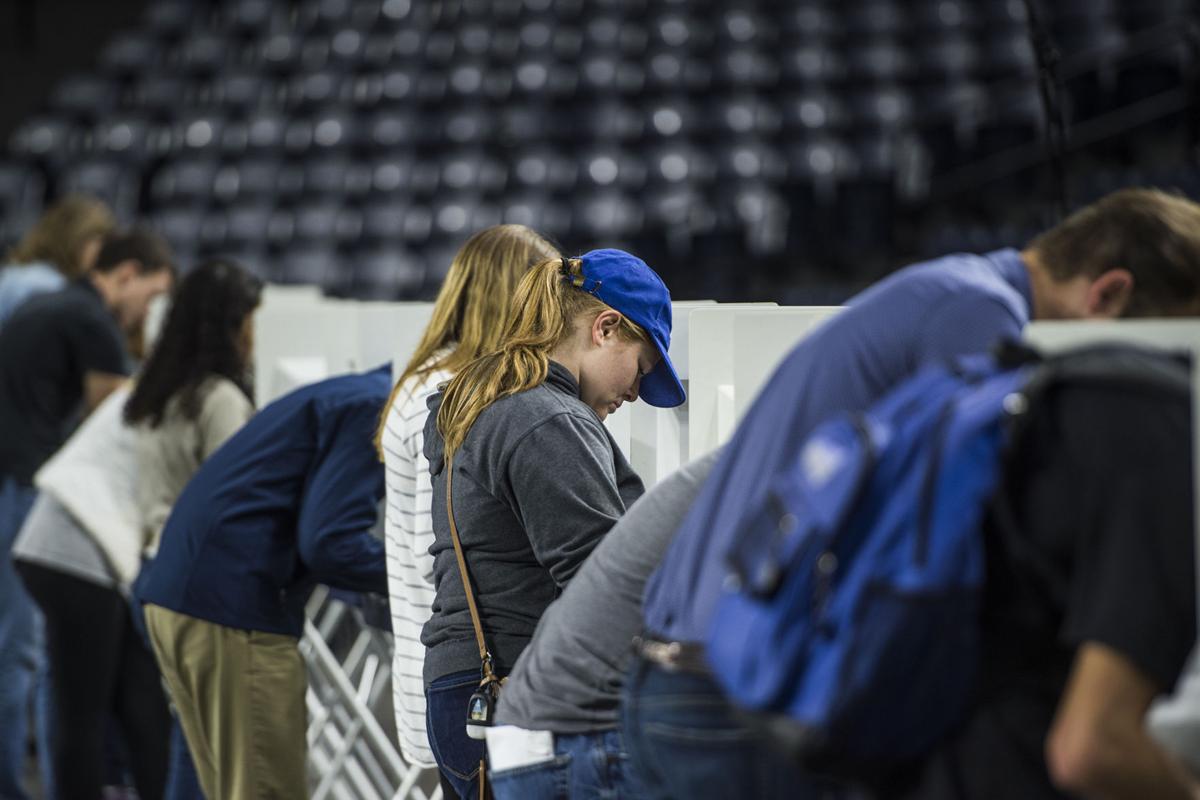 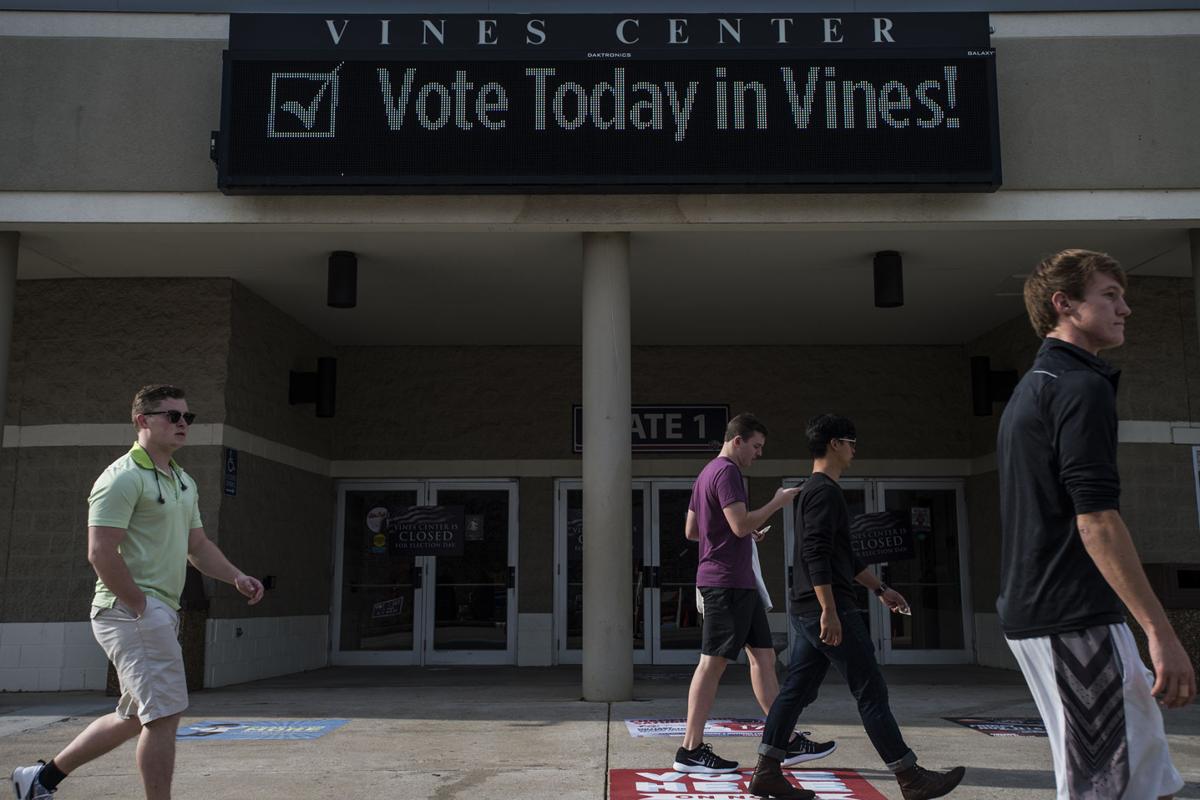 People walk in front of the Vines Center at Liberty University on Election Day Tuesday November 8, 2016 in Lynchburg, Va. Photo by Lathan Goumas.

Liberty University senior Tevin Allen poses for a portrait while campaigning for Donald Trump outside the Vines Center on Election Day Tuesday November 8, 2016 in Lynchburg, Va. Photo by Lathan Goumas.

A voter follows an arrow to the polls inside the Vines Center at Liberty University on Election Day Tuesday November 8, 2016 in Lynchburg, Va. Photo by Lathan Goumas.

on Tuesday November 8, 2016 in Lynchburg, Va. Photo by Lathan Goumas.

People walk in front of the Vines Center at Liberty University on Election Day Tuesday November 8, 2016 in Lynchburg, Va. Photo by Lathan Goumas.

The vast majority of Liberty University Vines Center precinct voters lined up behind President Jerry Falwell Jr.’s personal endorsement Tuesday, although turnout was down from 2012.

While Republican nominee Donald Trump lost Virginia in a tight race with Democratic nominee Hillary Clinton, he dominated Liberty, where Falwell had strongly supported him.

“It’s hard to beat northern Virginia with all those government employees up there that vote Democrat simply because they want to keep their jobs and those big bureaucracies,” Falwell said late Tuesday.

While no clear presidential victor had been declared by midnight, Falwell was confident Trump would pull out the national win.

Following his early personal endorsement, Falwell supported Trump on the stump through robo-calls, a speech at the Republican National Convention and, last weekend, a radio ad paid for by the Trump campaign. He also stood by Trump through several controversies, bringing increased national media attention to the university.

Benjamin Beals, 18, an LU freshman from New Hampshire, cast his first presidential ballot for Trump. Beals said he was a Trump supporter from early on.

“Trump talks to the people so plainly that it made it easy for me to understand why I agreed with him,” Beals said.

The precinct turnout seemed to be ready to smash 2012 after more than 2,100 voters cast ballots before noon. The steady stream turned to a trickle, though.

The Liberty Trump Coalition and a small group of Libertarians and Democrats reached out to students who were given the day off for Election Day and waited in line for free Domino’s Pizza. Tall stacks of pizza boxes arrived periodically throughout the day. Free snacks are common near LU’s precinct.

Voting officials prepared for a heavy turnout this year by moving the polling booths, check-in tables and lines to the Vines Center floor, rather than the concourse above.

The school made national news after a group of students calling themselves Liberty United Against Trump posted a petition saying not all LU students were Trump supporters.

Falwell contested that these students were a small minority. He said Tuesday he kept challenging the group because he believes their characterization of their petition numbers was “dishonest.”

Paige Cutler, a 21-year-old senior, was one of a small group of McMullin supporters. She said he “embodies the conservative values” she was looking for in a candidate.

She considered the Liberty United group’s work to be positive.

“I think those who didn’t support Trump, making a voice for themselves was important,” Cutler said. “It allowed people to see that there are perspectives other than just what we first see.”

Falwell open to working with Trump on education issues

Evangelical Christians came out to support Donald Trump last week and, as the president-elect begins to assemble a team to help him run the country for the next four years, one prominent evangelical Virginian could play a role — Liberty University President Jerry Falwell Jr.

President Donald Trump will be the speaker at Liberty University’s spring commencement May 13, according to a statement released by LU Wednesday.

Donald Trump claimed his place Wednesday as America's 45th president, an astonishing victory for the celebrity businessman and political novic…