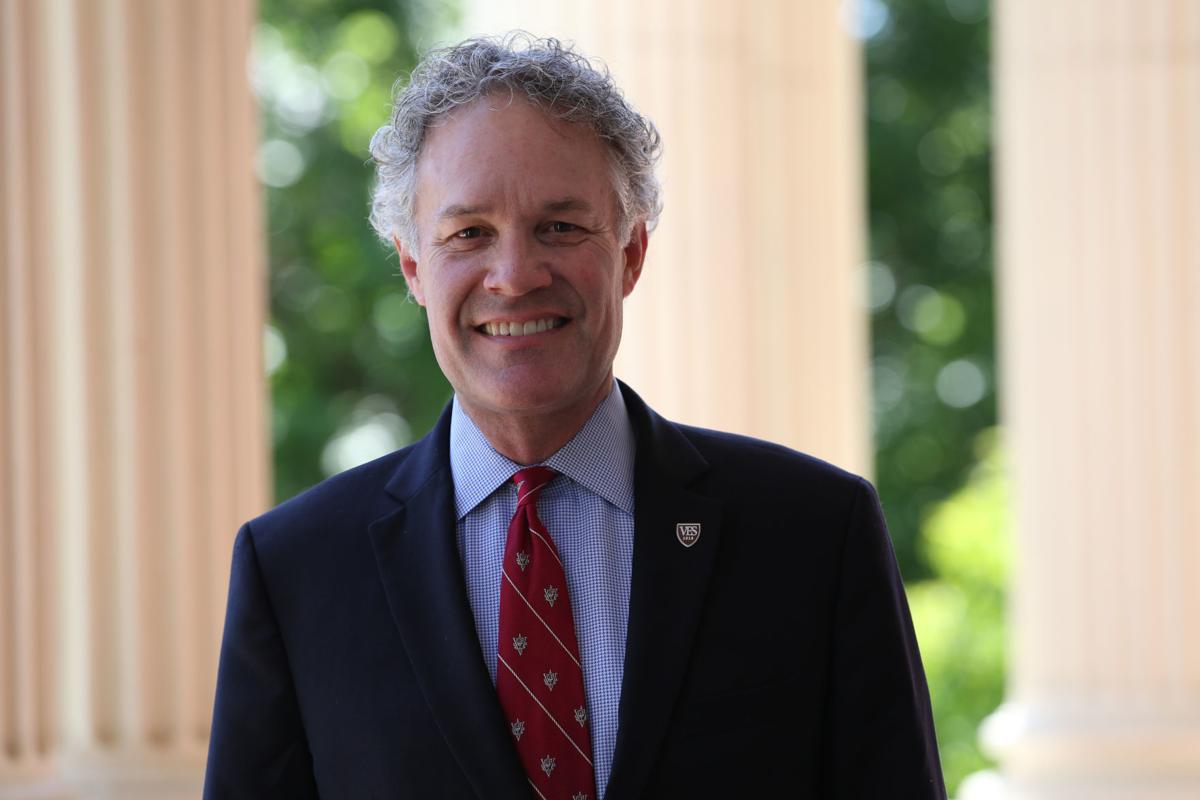 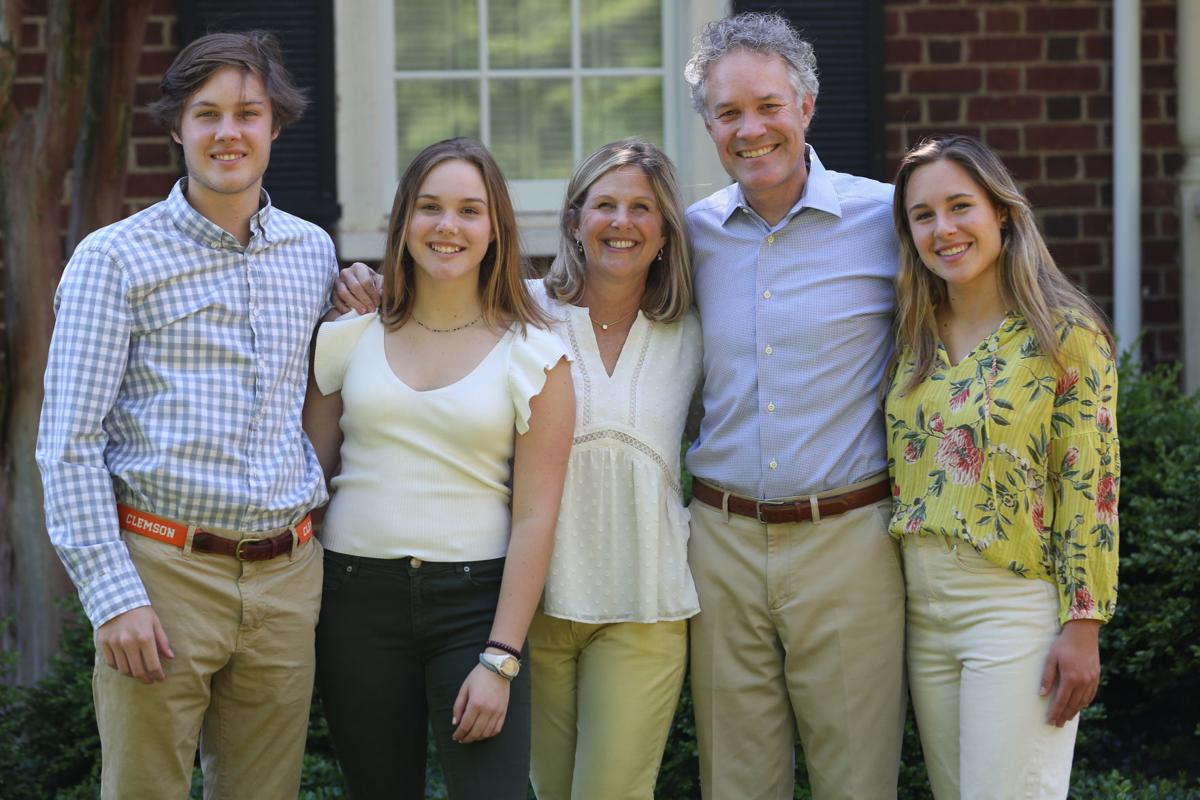 From left: Thomas Battle, Grace Battle, Mary Stuart Battle, Tommy Battle and Lelia Battle on the grounds of Virginia Episcopal School in Lynchburg on Friday, May 15, 2020. 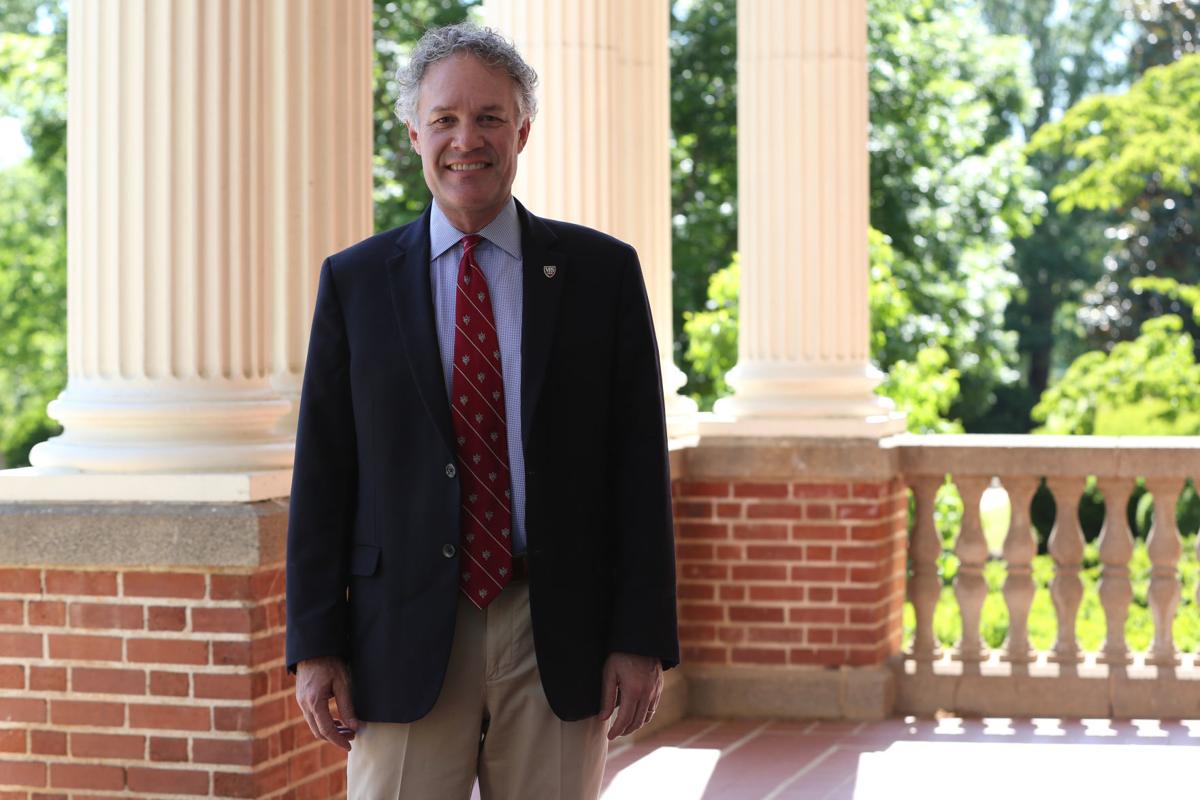 From left: Thomas Battle, Grace Battle, Mary Stuart Battle, Tommy Battle and Lelia Battle on the grounds of Virginia Episcopal School in Lynchburg on Friday, May 15, 2020.

The son of a 1950 graduate and former trustee, Battle is the first VES graduate to head the Lynchburg boarding school. Battle was appointed as the school’s 12th headmaster in 2010. Last fall, he announced he would leave his post at the end of the 2019-20 school year.

While his decade as headmaster is coming to a close, Battle will continue to serve VES as a parent and active alumnus.

‘A sense of calling’

Battle graduated from VES in 1983. After college he returned to his alma mater to serve as a history teacher and football and lacrosse coach from 1987 until 1993.

He considers those the most challenging years of his career.

“It would be false of me to say that I dreamed about being a teacher,” Battle said. “This school’s defined by its community — I was attracted to being back again and [being] part of that community.”

That community, he said, consists of adults who live on the VES campus among teenagers, interacting with them after traditional school hours, caring for them on the weekend and building relationships.

Students also have the opportunity to interact with classmates from various backgrounds. For instance, Battle said his son, Thomas, a 2018 graduate of VES, made lasting connections with his German roommate, best friend from Mexico and students from Korea and China.

“It’s such a gift to my children, to our Lynchburg kids, to have their worlds expanded,” Tommy Battle said.

In 2003, Battle joined the school’s board of trustees. Becoming headmaster seven years later was a bit of a surprise.

“It wasn’t in my grand plan,” Battle said.

What attracted him to the position, he said, was “a love of institution and affection for the place, but also just really being inspired by the strategic work involved in leading a school.”

Battle said 2010 was an economically challenging time for many institutions, including VES. The Great Recession led to a decrease in enrollment, and his background in finance aided the school’s recovery.

He’s seen a lot of changes through the years. When he was a student, the school had an all-male student body. When he returned as a teacher, the school had co-educated. Young women were able to attend the school, and the pool of professional candidates had effectively doubled. Both the student and faculty bodies have become more diverse over the years.

Battle believes the school has established a more professional culture during his tenure. The landscape of the campus has seen some changes, too. A 1950s gym was converted into a 350-seat theater, and the dining facility and fine arts center have been renovated.

But, through those changes, the sense of community has remained the same.

VES has seen its fair share of Battles over the years. Tommy Battle and his brothers graduated from VES in the 1980s, their father in the 1950s, and two of Battle’s children graduated during his time as headmaster.

The family lives, works, eats, plays and sleeps on the school’s campus, she said. They share joys and sorrows with the community that constantly surrounds them. That closeness, Mary Stuart Battle said, allows her to be that much closer to the parents of students on campus.

“Being a parent, I think there’s a level of trust that parents have in me,” she said. “I am with their kids and I have the unique opportunity … and the honor of watching them grow and develop.”

In 2016, Tommy Battle presented diplomas, in alphabetical order, to his nephew, his daughter Lelia, and the son of his best friend. Then he rushed off to watch Thomas, a sophomore at the time, win a state championship with the boys lacrosse team.

Tommy Battle didn’t think his final semester as headmaster would be spent like this. He should be chatting with students outside on the plaza, and focusing on spending as many days and moments with them as possible.

Instead, amid the COVID-19 pandemic, he’s staying inside and juggling Zoom calls. But, he’s at peace. It’s just time to step aside, he said.

“It’s not this emotional goodbye where Virginia Episcopal School will not be in my life,” he noted.

The Battles are moving out of the headmaster’s home on campus, but they won’t be moving too far. Battle said the family will stay in Lynchburg and plans to remain active in the VES community.

And that shouldn’t be too tough. The youngest of the couple’s three children, Grace, will be joining the freshman class at VES in the fall.

“I figure I’m going to be able to make up time for all these missed opportunities this spring because we’re going to get beyond this fog and we’re going to be back together,” Tommy Battle said. “I’m just going to have to be very purposeful about reconnecting with people that I didn’t get to say goodbye to in person.”