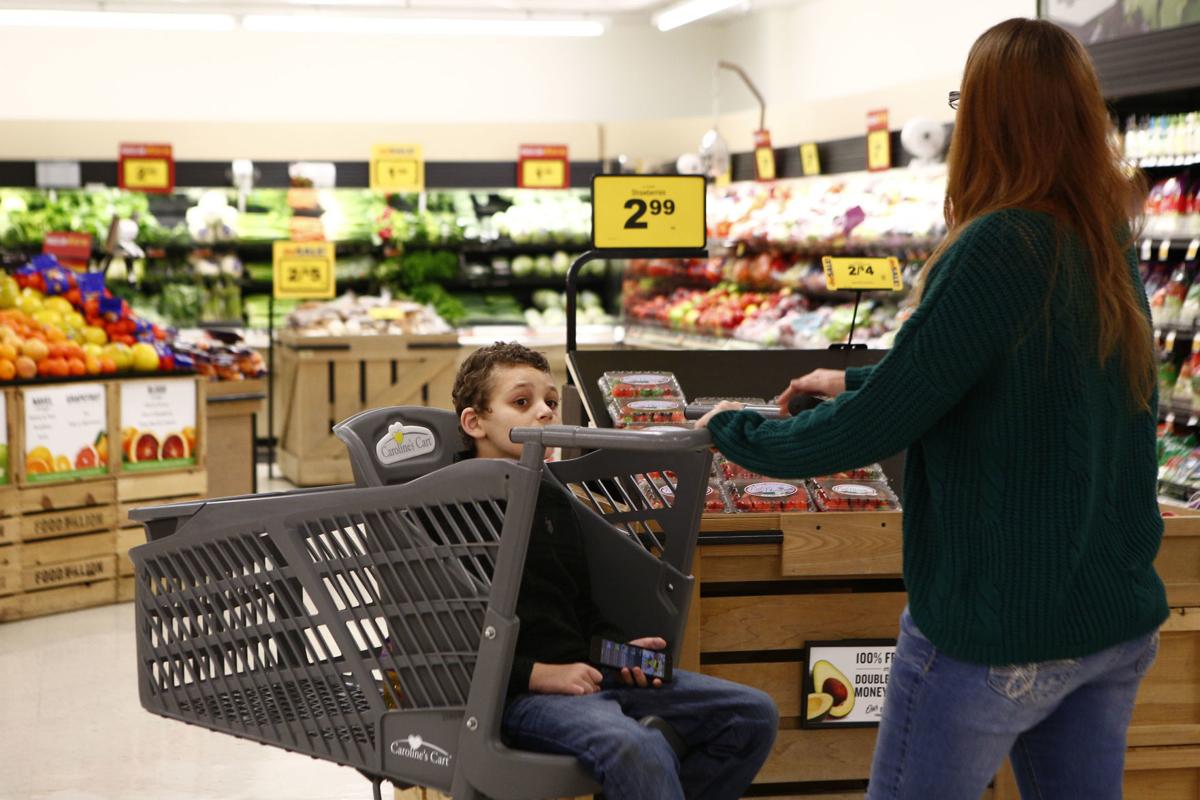 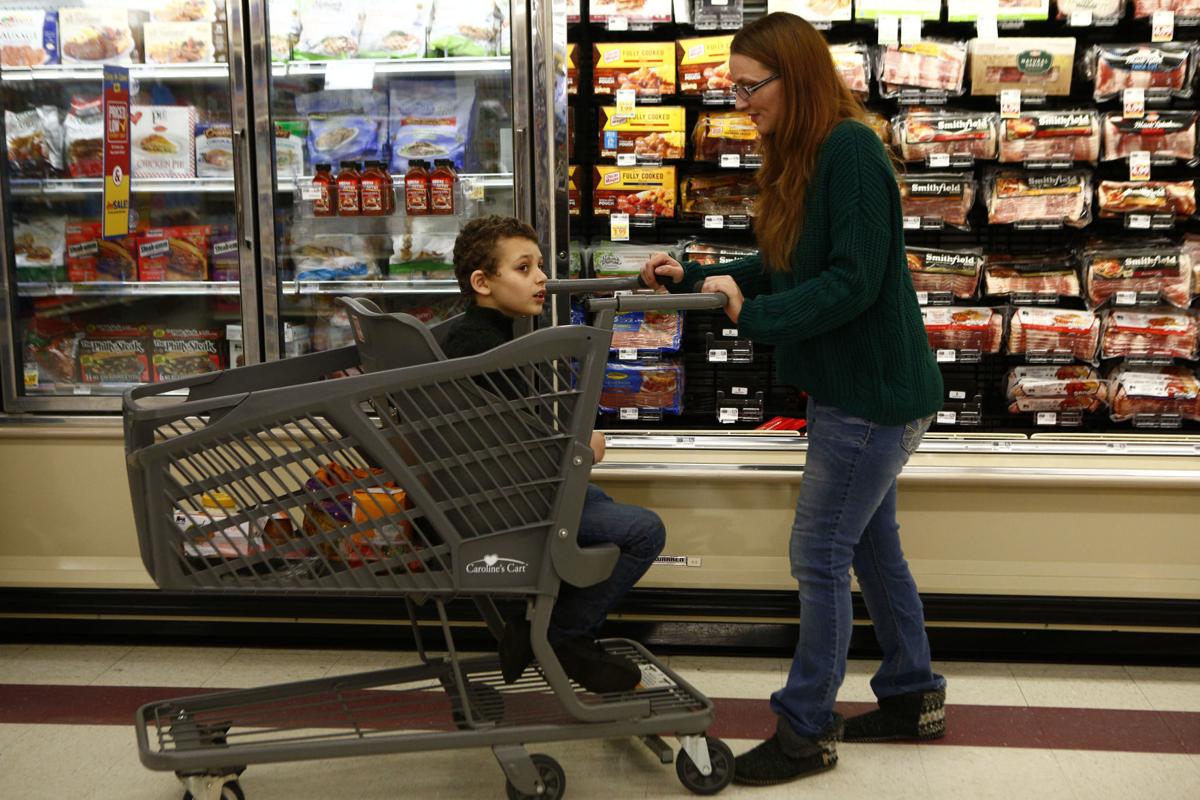 Karen Hawley, of Madison Heights, pushes her son Kayden, 8, in a specially designed cart at Food Lion on Seminole Drive in Madison Heights on Saturday, Feb. 1, 2020. 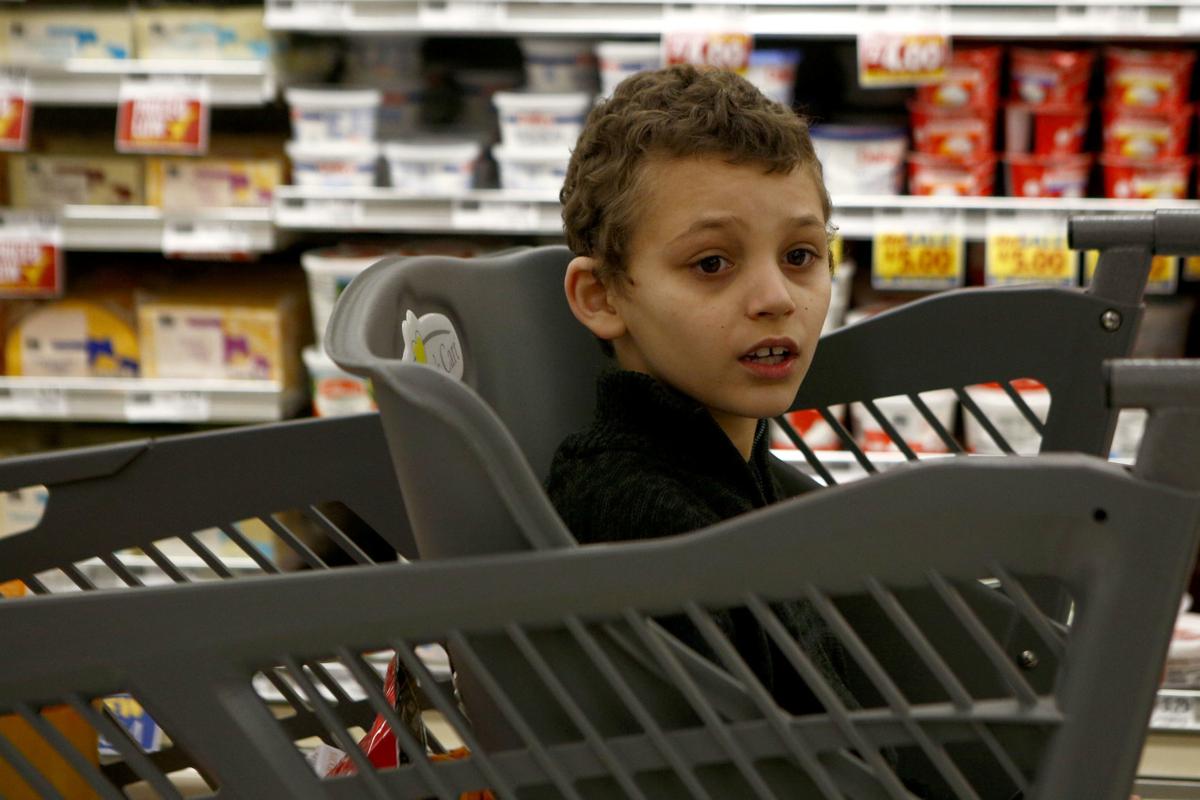 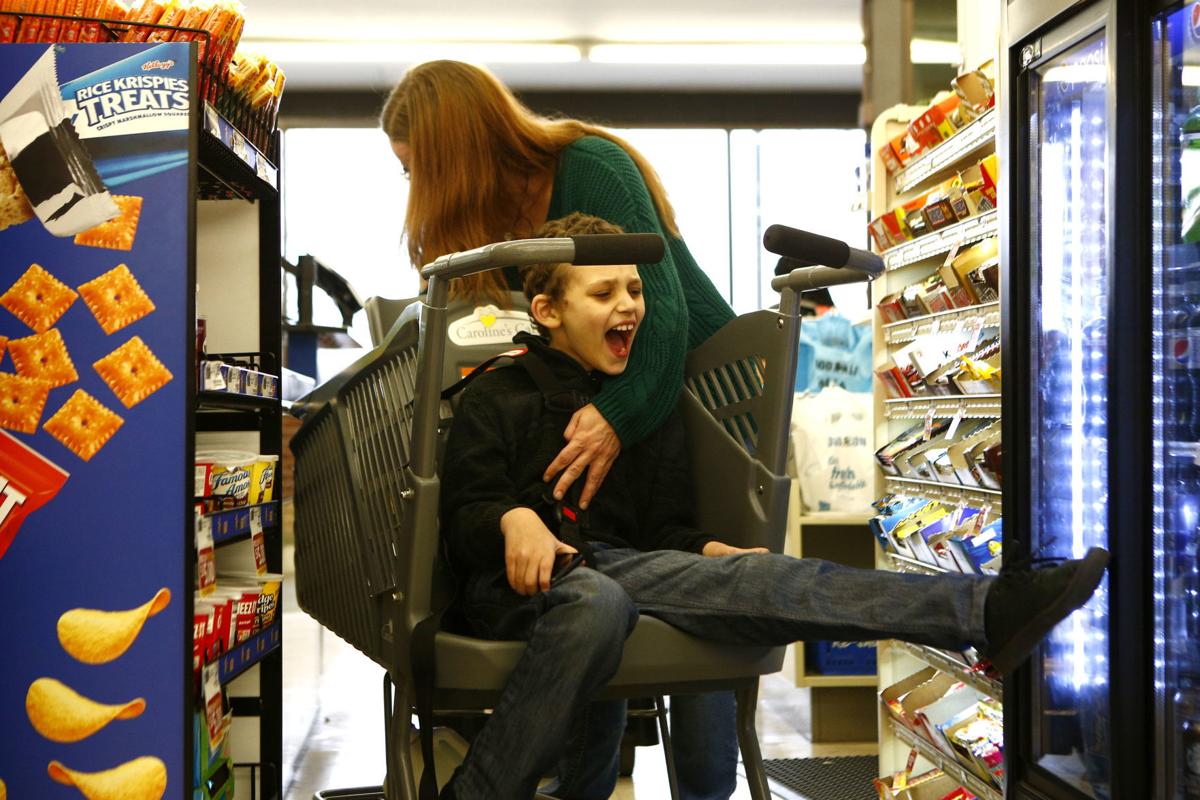 Kayden Hawley shouts as his mother Karen Hawley unloads the cart at Food Lion in Madison Heights on Saturday, Feb. 1, 2020. Hawley said the new cart helps her son have a much easier shopping experience. 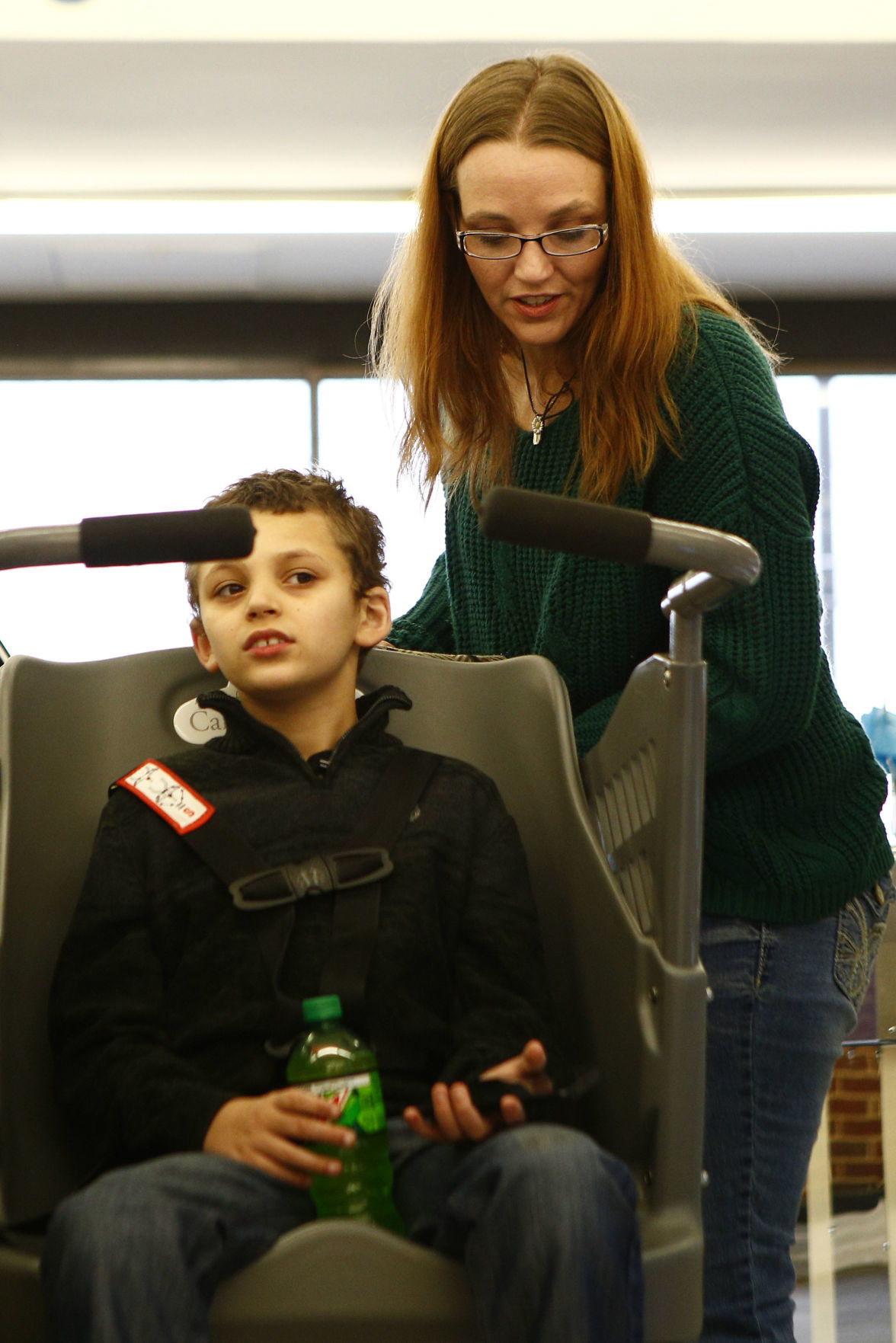 Karen Hawley, of Madison Heights, pushes her son Kayden, 8, in a specially designed cart at Food Lion on Seminole Drive in Madison Heights on Saturday, Feb. 1, 2020.

Kayden Hawley shouts as his mother Karen Hawley unloads the cart at Food Lion in Madison Heights on Saturday, Feb. 1, 2020. Hawley said the new cart helps her son have a much easier shopping experience.

When Karen Hawley goes shopping, she has more children with her than arms to retrieve the items she needs.

The Madison Heights mother of four and three stepchildren said shopping trips alone can be stressful, but her 8-year-old son Kayden, or “KK,” who has autism, has special needs that make navigating the grocery store even more of a challenge. KK often wants milk in each color, and the lights, noise and visual stimulation a store visit brings can result in meltdowns, Hawley said.

She would need three carts during trips and other times would avoid going into the store, unless it was to run in quickly to get an item by herself while her children were supervised.

“It was definitely a struggle,” Hawley said.

During one visit to the Food Lion on Seminole Drive in Madison Heights, where she mainly goes, she spoke with store manager Nina Tyree about getting a Caroline’s Cart, a shopping cart created for children with special needs that provides parents and caregivers an option for transporting a child without an extra cart or wheelchair.

The cart bears the name of the daughter of its inventor, Drew Ann Long, according to the website of its manufacturing company, Newton, North Carolina-based Technibilt. Long realized her daughter would outgrow a typical shopping cart and founded Parent Solution Group, LLC, designed the cart, applied for a patent and sought to have it available to retailers everywhere, which led her to Technibilt, according to the company’s website.

Hawley, a Halifax County native who formerly worked at a Food Lion, said she heard of Caroline’s Cart and asked Tyree if the Madison Heights store could inquire about having one. A few weeks later her hope was answered and one was waiting for her when she arrived.

“When I came up, I started crying and said, ‘Oh God.’ It was great,” Hawley said of her first time using the cart with KK in late January.

She said KK has taken well to the cart and likes the strap that fastens him into the seat.

“With him being in the cart, if he was going to have a breakdown, people don’t give you those stares,” Hawley said. “That cart is a flag, ‘there is a disability here.’ That’s a bigger thing for him.”

When KK can’t express himself he’ll get upset, but the cart has a soothing effect, she explained. He also doesn’t feel confined in it and has a sense of comfort with it there, she said.

“He knows that chair is his safe zone,” Hawley said. “That’s his spot.”

Now when she comes to the store, KK feels as if the cart is his own.

“I tell him, ‘Go find your shopping cart,’” Hawley said.

Tyree, the store manager, said she’s been told her store received the 94th Caroline’s Cart in the Food Lion Corporation.

“We felt it was necessary to help a mom in need,” Tyree said of the store working to secure the cart.

The cart is the size of a normal shopping cart and is big enough to fit adults who need it, Tyree said.

She said it is heartwarming to see its addition to the store has made a positive difference and it has received much attention from folks inquiring about it.

Tyree said other store managers have reached out to her to ask questions about acquiring it and having it as a benefit to customers. She added it’s complicated for shoppers who have a disabled adult or child with special needs to pull a typical cart and the new feature makes for a much easier experience.

Users of the cart feel they have their own secluded seat where they can feel more comfortable, Tyree said.

“It just takes the right people to provide that, and that’s what we did,” she said of making it available to customers.

Hawley said she’s received much positive feedback about the cart on social media and she’s glad to raise awareness of its presence for other parents of special needs children. The cart is geared toward various age groups and body types, she said.

It also could be used for people with other disabilities, illnesses or conditions that limit their mobility, she pointed out.

“It’s beneficial in so many ways,” Hawley said.