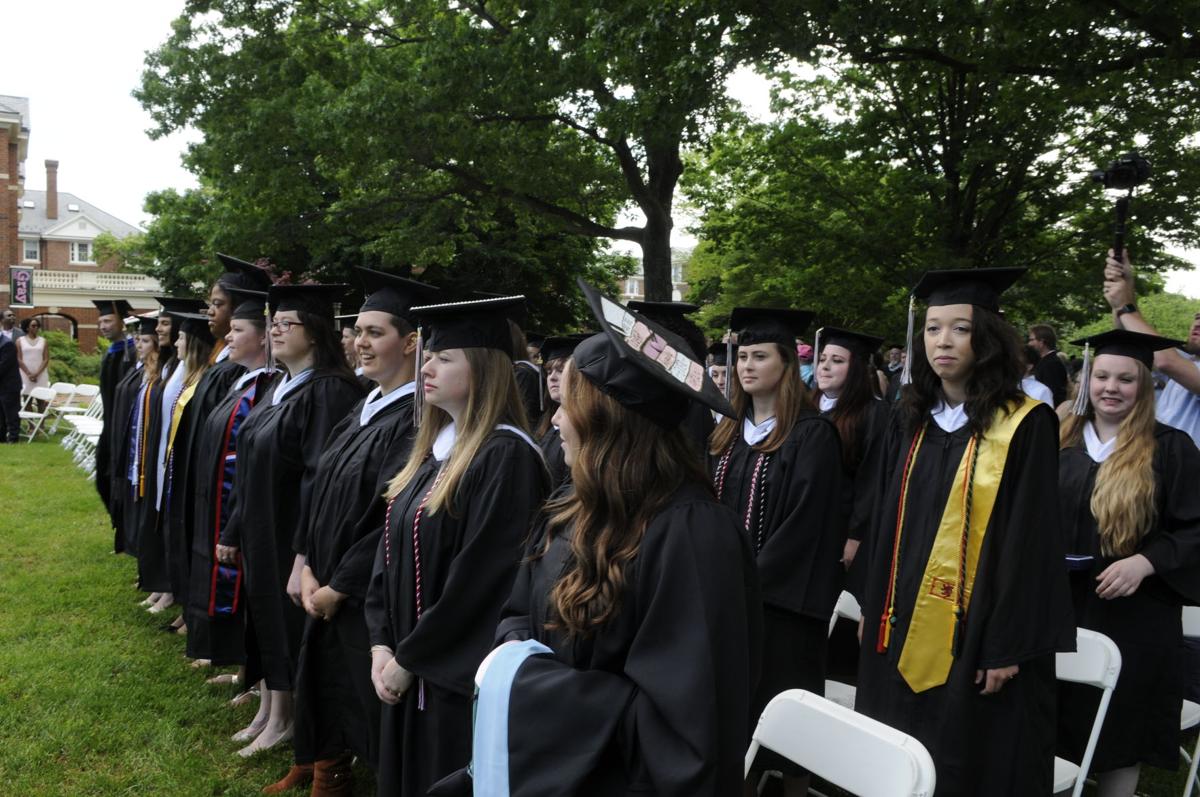 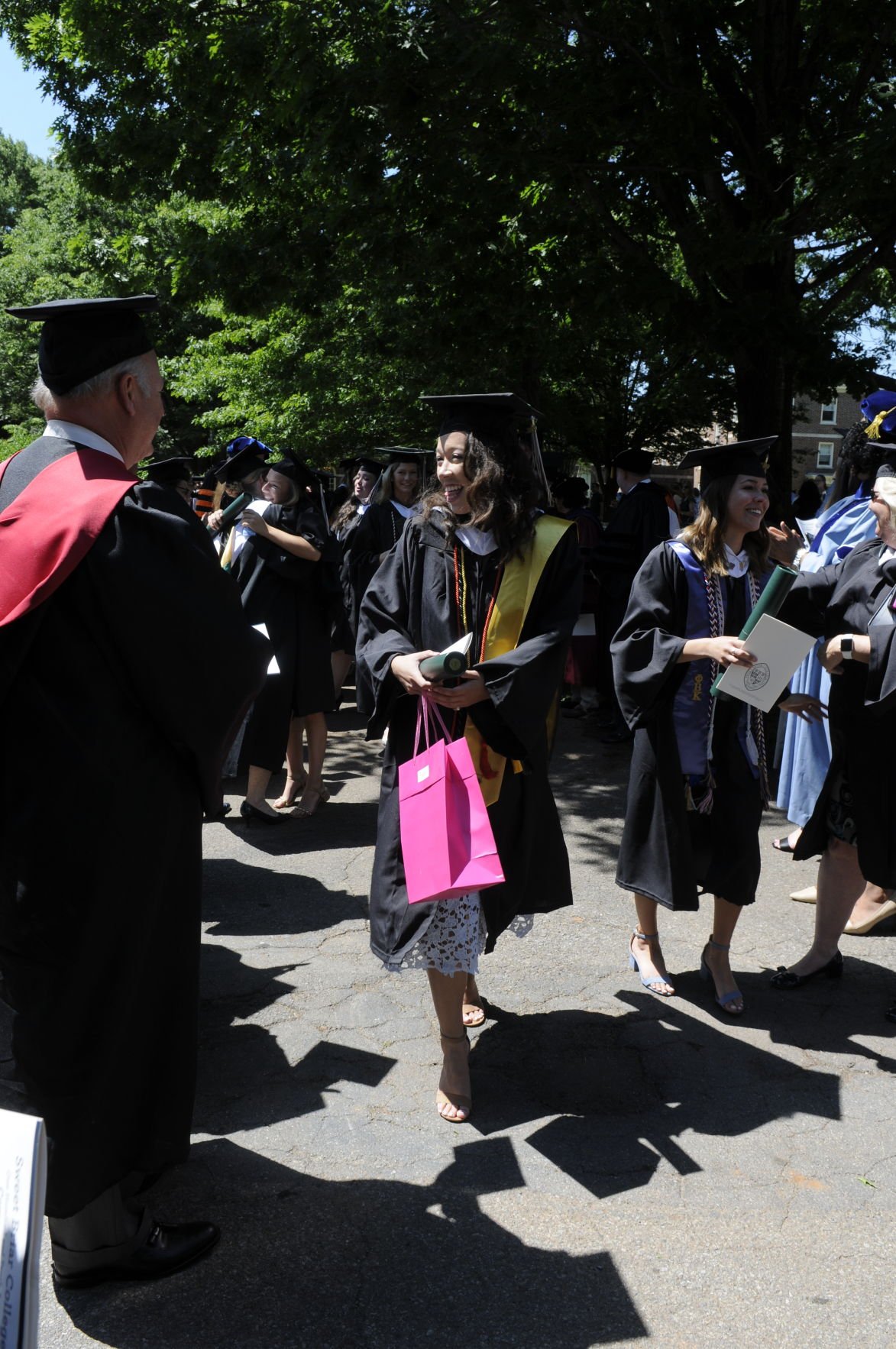 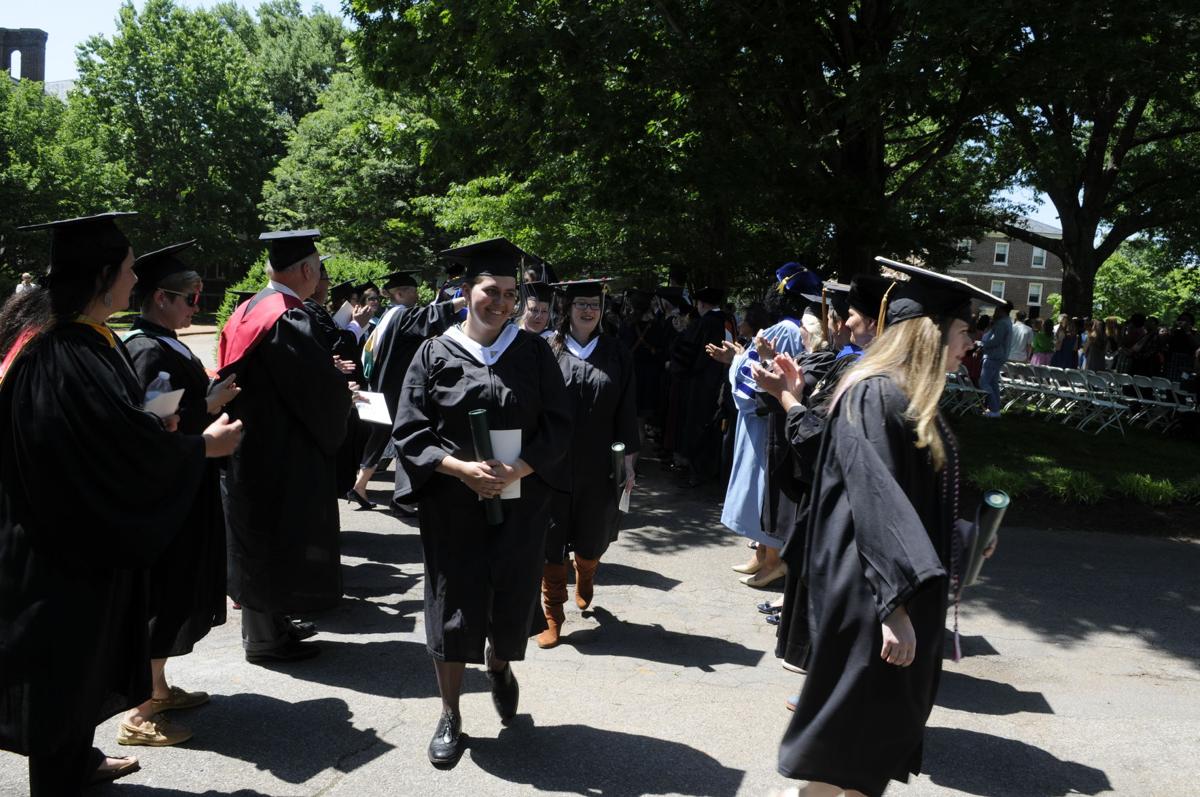 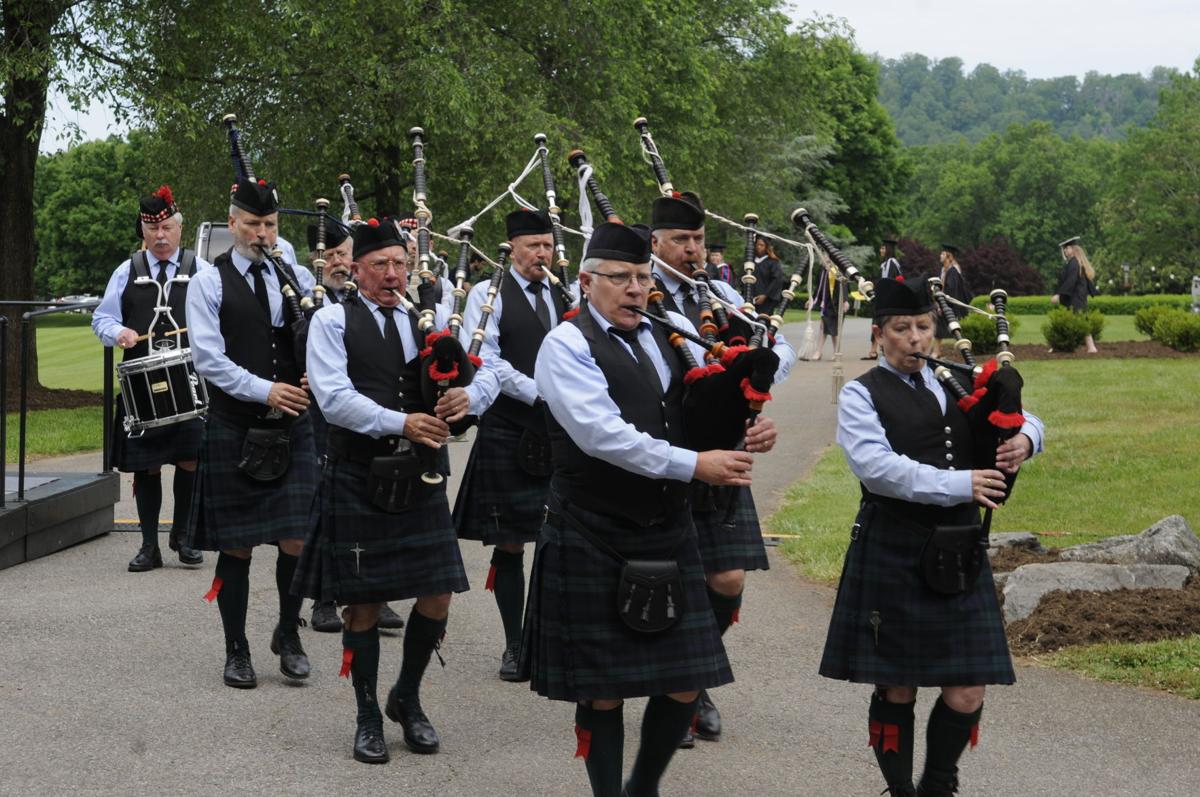 AMHERST — The first class of students to enroll at Sweet Briar College after the small liberal arts school nearly closed its doors in 2015 turned their tassels Saturday, as graduates celebrated the “leap of faith” they took four years ago and the lessons they’ve learned since.

“We took a chance on a college that almost did not exist. We were some of the first students to arrive on this campus in August of 2015. We were small, but we were here and that was the biggest feat of all,” said Caroline Thomas, Sweet Briar’s 2019 presidential medalist, at the school’s 110th annual commencement exercises.

In 2015, Sweet Briar’s board of directors announced it would close that summer because of financial hardships. The school remained open after alumnae and faculty members launched a successful legal challenge and fundraising campaign but the future of Sweet Briar was anything but clear.

“The class of 2019 is special for many reasons, notwithstanding the fact that these women took a leap of faith when they enrolled in Fall 2015 amidst uncertainty,” said President Meredith Jung-En Woo.

Emily Schlosberg, the senior class president, spoke of the unity among her classmates as they navigated the unpredictable future of their alma mater on top of the usual stresses of college life.

“How lucky are we to look around and know every single person in our class,” she said. “But that’s what makes us so special. Every time someone transferred in they were met with open arms.”

The commencement address was delivered by Dr. Marshalyn Yeargin-Allsopp, an associate director for the Centers for Disease Control and Prevention and Sweet Briar’s first African-American student.

Yeargin-Allsopp enrolled in Sweet Briar in 1966 when she was 17 years old and graduated two years later. She went on to become the first African-American woman admitted to Emory University’s School of Medicine and today she is considered one of the country’s leading experts on autism and other childhood developmental disorders.

In her address, she described the unease she felt leaving home for an unfamiliar place and the lasting lessons she learned while at Sweet Briar. She noted the parallels between her own experience in 1966 and a similar sense of uncertainty the class of 2019 felt more than 50 years later.

“Whatever the reason, it was an act of bravery to enter Sweet Briar in the fall of 2015,” she said. “As with me, you really did not know what you would face. I am sure you asked: which faculty and staff would return? What about my major? Would I be able to pursue it? What about all those co-curricular activities I was looking forward to? Would they even exist? So many unanswered questions. And yet you stepped out and stepped up with a leap of faith and a very resounding ‘yes.’”

Georgene Vairo, chairwoman of the Sweet Briar Board of Directors and a member of the campaign to save Sweet Briar, congratulated the 30 graduates on behalf of the board and thanked the class of 2019 for their pivotal role in keeping the doors open by deciding to enroll.

“I doubt that any class, either at Sweet Briar or any other college, has been through as much change while moving from the freshman year to where you are today,” she said.

As the days wind down at Sweet Briar, students stay true to college traditions

At what may be Sweet Briar's swan song, speaker urges grads to take charge

Weekend worth of fundraising planned for Sweet Briar reunion weekend

Allies of Saving Sweet Briar Inc. are planning a weekend’s worth of fundraising festivities …

This semester, hugs come with giggles instead of sobs.