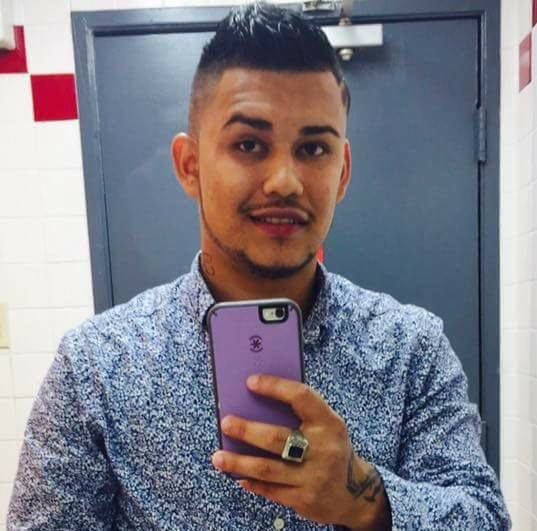 A six-figure settlement may soon be reached in the $2 million wrongful death lawsuit brought by the estate of a man who was shot and killed on the Blue Ridge Parkway last year.

That case was filed in the spring against retired Roanoke police officer Keith Sidwell who, on April 10, 2018, fatally shot Hector Emanuel Escoto-Munguia, 20, after a run-in between the two men. The estate’s complaint claimed Sidwell, 57, “chose not to handle his firearm with reasonable care and due regard for others,” an allegation Sidwell has formally denied.

On Thursday, Sidwell’s attorney filed a new petition to approve a compromise settlement in the matter.

“[T]he Defendant and his respective insurer ... realize the uncertainty of litigation and have agreed upon a compromise settlement” for a cash settlement of $100,000, the petition said.

While both sides are requesting the compromise, it has not yet been approved by a judge. A court date on that matter has been set for Dec. 20.

The primary beneficiaries, named in the filing, are Escoto-Munguia’s three children, all of whom are toddlers, and their mother, Marina Carranza, who is the administrator of the estate.

Through the agreement, Sidwell further denies liability for Escoto-Munguia’s injuries and death, and would be released from all claims involving related expenses, such as medical bills, property damage or lost income.

Multiple witnesses have said they saw Escoto-Munguia that day, shortly after 10 a.m., at the wheel of a white Hummer SUV, behaving erratically and waving a “black, shiny” handgun. Sometime before 10:30 a.m., Escoto-Munguia encountered the Dodge truck driven by Sidwell and, through circumstances not entirely clear, their two vehicles wound up sitting side-by-side in opposite directions near mile marker 116.5.

No comprehensive narrative of the incident has been issued, but Sidwell told investigators that Escoto-Munguia had what looked like a semi-automatic pistol pointed at him, so he drew his own Glock 9mm and reportedly told Escoto-Munguia to drop his weapon. Ultimately, Escoto-Munguia was shot three times, through both the right and left sides of his chest and in the left forearm. As many as a dozen passersby stopped to give the wounded man aid, but he did not survive.

Investigators have said they found a BB pistol, styled to resemble a Beretta 9mm, just outside and behind the Hummer.

Federal prosecutors opted last year not to charge Sidwell in the shooting, and over the summer an office within the U.S. Department of Justice released a 255-page investigative report on the incident. It contained interviews and reports from the Federal Bureau of Investigation, the National Park Service and Roanoke County Police, and while it answered many questions, it raised additional issues. Among other points, it’s still not known exactly how the vehicles wound up parked beside each other, and information about the type and recovery location of Escoto-Munguia’s weapon remains unclear.

Escoto-Munguia’s criminal record show drug and traffic infractions, including a then-pending February 2018 assault charge and a revoked driver’s license, but a toxicology test showed that neither drugs nor alcohol were a factor.

Prior to his retirement, Sidwell worked in law enforcement for more than three decades, including 25 years with the Roanoke Police Department.