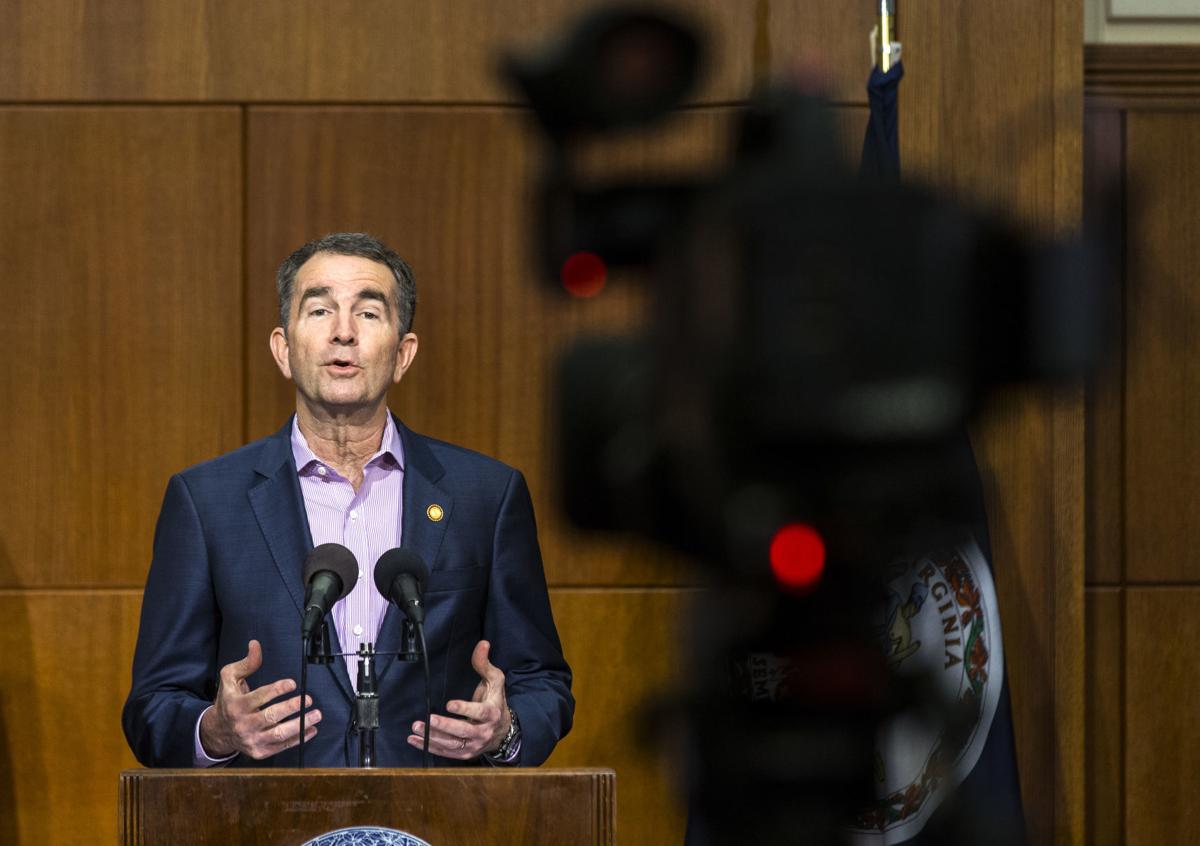 Gov. Ralph Northam said Monday the projections by UVa researchers show that “if we rush to get our lives back to normal, the number of cases will spike higher and earlier.”

Gov. Ralph Northam said Monday the projections by UVa researchers show that “if we rush to get our lives back to normal, the number of cases will spike higher and earlier.”

Recreational businesses in Virginia, including gyms and movie theaters, will remain closed under the state’s order until May 8, Gov. Ralph Northam said Wednesday.

Northam expanded an executive order issued March 23 that was slated to expire April 23.

Northam said he based the decision on new projections, from the University of Virginia and others, showing social distancing is helping slow the spread of the disease in Virginia, but lifting restrictions too soon could ramp up the spread and overwhelm hospitals.

“I want everyone to know the sacrifices that you have made are helping slow the spread, and giving us more time to plan and prepare,” Northam said.

At the same time, Northam said the state’s stay-at-home order will remain in effect until June 10, despite models from the University of Virginia showing the state could see cases peak in August.

“I don’t have any intentions as of today to extend that,” Northam said, adding the situation is fluid and models change daily with new data.

He said it would be hard to predict two months in advance whether the order would be extended. He suggested if the situation in the state improved, it could be lifted sooner.

“I know that’s frustrating. I love data, and I want to be exact,” Northam said. “But I’d ask all of you and your viewers to be patient.”

The Virginia Department of Health reported Wednesday 195 people have died in the state as a result of the coronavirus. Also, 6,500 people have tested positive for COVID-19.

VDH said 44,169 people have been tested for the virus in Virginia and 1,048 have been hospitalized

On March 19, state health officials said there’s a lag in the reporting of statewide numbers on the VDH website. Figures on the website might not include cases or deaths reported by individual localities or local health districts.

Locally, there were 78 cases in the Central Virginia Health District on Wednesday, with 34 of those cases in Lynchburg, 16 in Bedford County, 11 in Campbell County, 10 in Amherst County and seven in Appomattox County. Nelson County, located in the Thomas Jefferson Health District, had reported five cases.

College Board to offer at-home SATs

The College Board, which administers the college entry exam, announced Wednesday it is canceling the SAT scheduled June 6. It already had canceled other tests this spring because of the coronavirus pandemic.

Instead, there will be weekend SATs every month, starting Aug. 29, with the addition of a September testing to go along with previously scheduled tests Oct., 3, Nov. 7 and Dec. 5 “if it’s safe from a public health standpoint.”

“We know students and educators are worried about how the coronavirus may disrupt the college admissions process, and we want to do all we can to help alleviate that anxiety during this very demanding time,” said College Board CEO David Coleman.

In the “unlikely” event schools don’t reopen in the fall, though, the College Board said Wednesday it will provide a digital SAT for students to take at home. It’s something the New York-based organization has done this year for Advanced Placement tests.

Students who already had registered for the June SAT test and juniors who haven’t taken the SAT will have early access to register for the August, September and October tests, the College Board said.

The organization also said, assuming schools reopen in the fall, it will offer the SAT in schools this fall to replace the SAT School Day normally held in the spring.

Gov. Ralph Northam said on a town hall Tuesday with WJLA in Washington, D.C., he is “confident” Virginia schools, which are closed for the rest of this academic year, will reopen if Virginians continue to practice social distancing and “continue to do what we’re doing.”

Virginia Tech is waiving its SAT and ACT testing requirements for next year’s applicants.

The university announced Wednesday it’s making its admissions process test-optional for the 2020-21 admissions cycle, meaning the hallmark college entry exams aren’t required. In a news release, Virginia Tech said no advantage or special consideration will be given to students who take the tests and no penalty will be administered for applicants who choose not to take the tests.

“We realize these are challenging times for everyone, including students who’ve been offered admission and prospective students considering applying to the university,” said Juan Espinoza, Tech’s director of undergraduate admissions. “We don’t want to add any more stress to an already difficult situation.”

Espinoza added: “There is so much uncertainty out there right now, and students don’t need more to worry about.”

According to a list compiled by the National Center for Fair and Open Testing, roughly 50 colleges across the U.S. have dropped the SAT or ACT requirement because of the pandemic.

Tech said it will accept the revised grading policies high schools have put in place with the classes shifting online.

Majority of Virginia's coronavirus outbreaks are in long-term care facilities

Two Liberty University employees have tested positive for the novel coronavirus, two are awaiting test results and seven have been asked to se…

He keeps business shut down while he still draws a full salary. Our Governor is an idiot.

No the idiot who failed to act in early January is the idiot, and cost Amrrican lives. Also made this worse had he resticted travel here from China on Jan 3rd after he was briefed 500,000 people from China wouldnt have been dispersed all over the Country. HE WILL BE HELD TO ACCOUNT IN DUE TIME