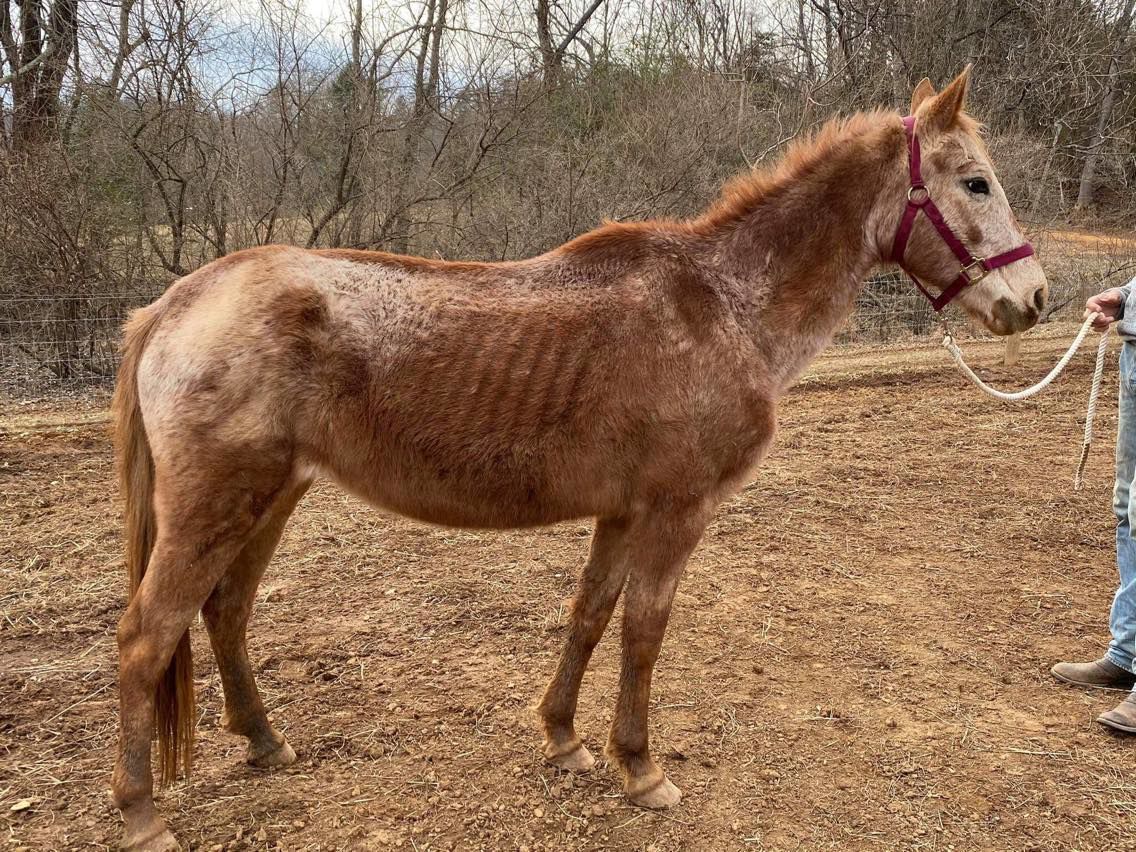 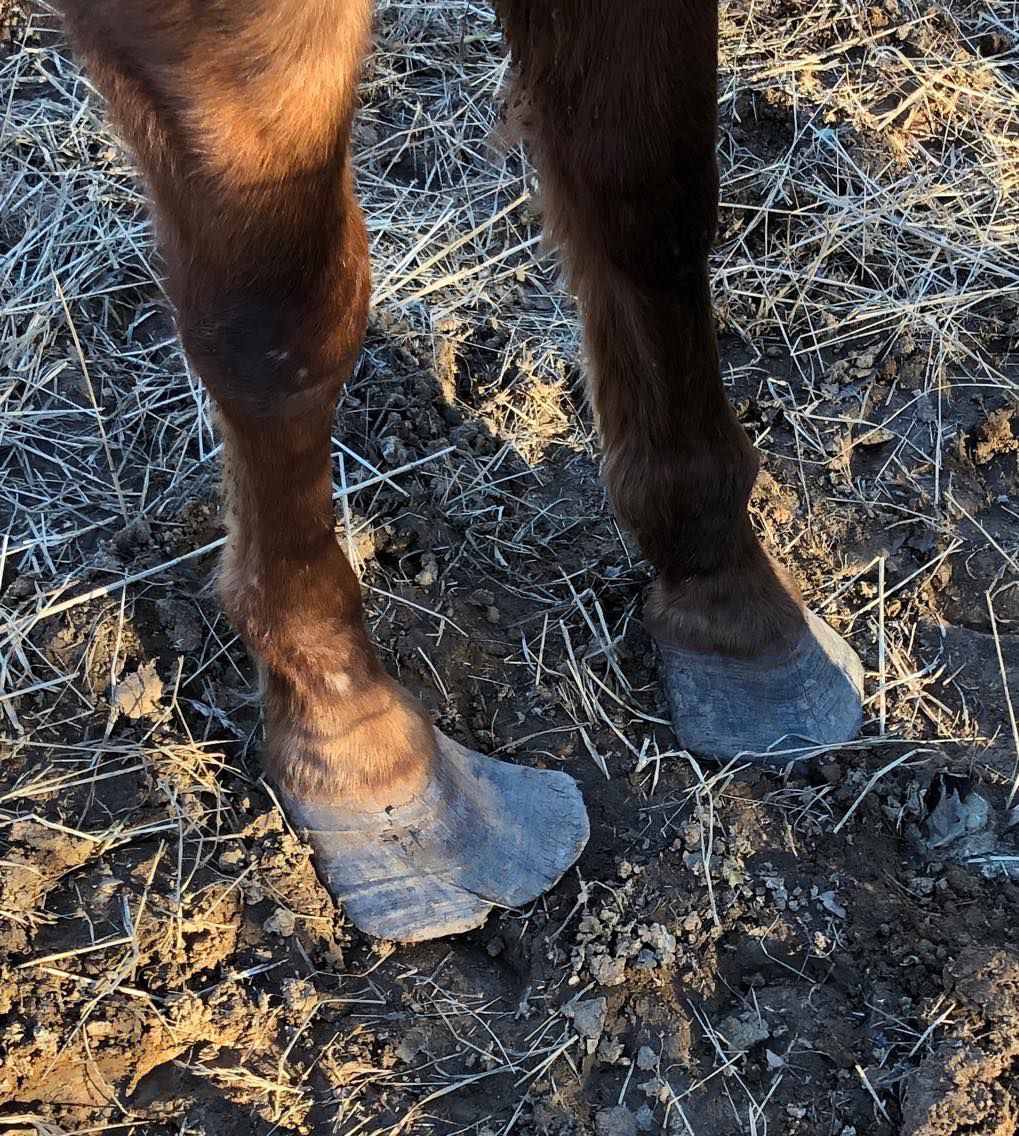 Hope's Legacy Equine Rescue is now caring for this horse, with damaged hooves, one voluntarily surrendered from an Orange County farm.

Hope's Legacy Equine Rescue is now caring for this horse, with damaged hooves, one voluntarily surrendered from an Orange County farm.

Four dead horses and four in dire condition were recently removed from a property in eastern Orange County as part of an ongoing animal cruelty investigation.

The Orange County Sheriff’s Office began the investigation on Jan. 15, according to a news release. Deputies responded to a property in the 13,000 block of St. Just Road—near Unionville and Mine Run—for a welfare check on several horses that were reported to be in poor condition.

During the check, it was discovered that four of the horses were deceased on the property and another four horses were in such terrible condition that they were immediately seized by Animal Control, the release stated.

As the investigation continued, 10 more horses were voluntarily removed from the property. Nelson County-based Hope’s Legacy Equine Rescue is now caring for the voluntarily surrendered horses.

Donations can be made for their care at hopeslegacy.com or mailed to Hope’s Legacy Equine Rescue 5145 Taylor Creek Rd. Afton, Virginia 22920.

“The 10 horses now in our care all need vet care and farrier care,” the nonprofit rescue posted at its Facebook page Tuesday afternoon. “Donations are greatly appreciated.”

Maya Proulx, executive director of Hope’s Legacy, provided photos of the 10 horses they took in, including one with damaged hooves.

“This is just a simple lack of care. Horses need regular hoof care every six to eight weeks,” she said, noting it is certainly uncomfortable for horses to walk around on feet like that.

The investigation into abuse or neglect at the Orange County property is continuing and it is anticipated that animal cruelty charges are pending, the sheriff’s office release stated.