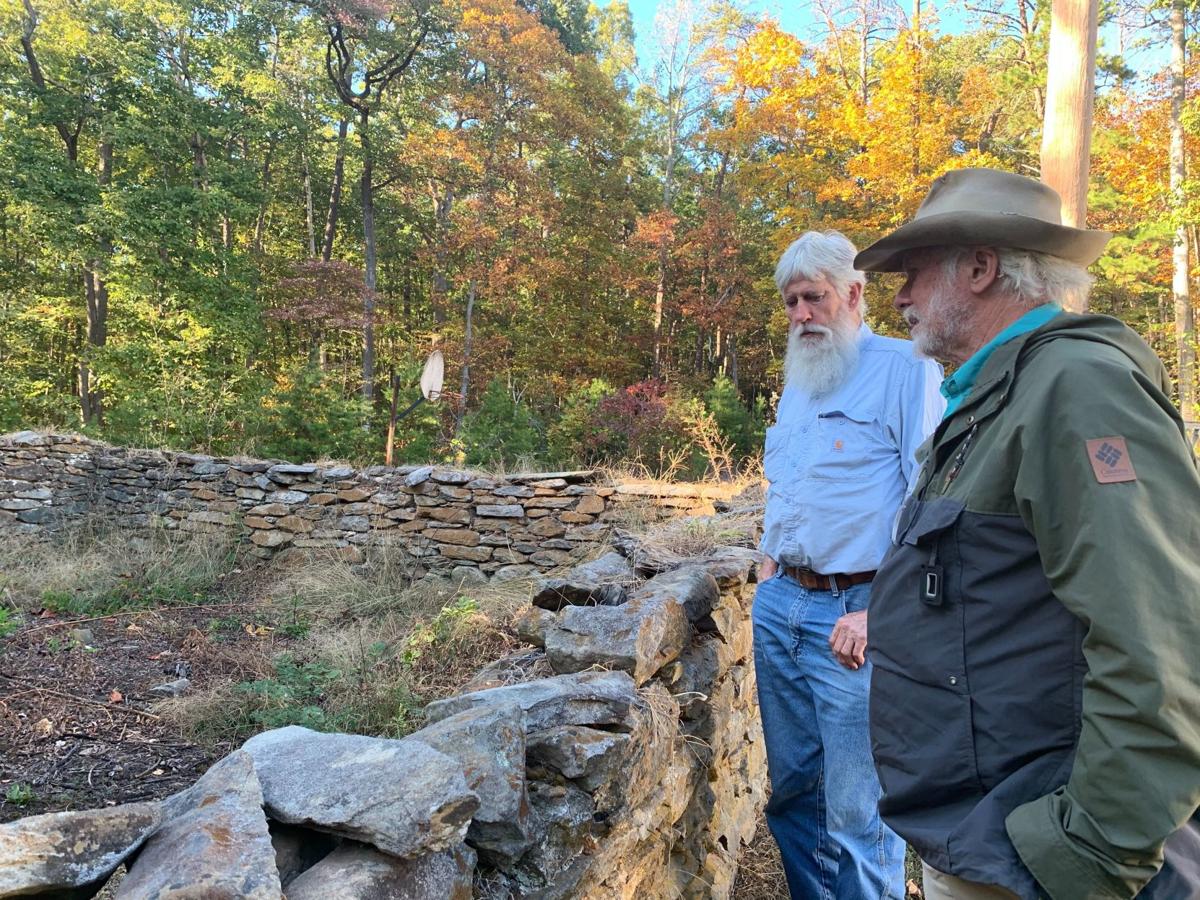 Dick Whitehead (left) and Doug Coleman stand near the site of Key’s Church on Oct. 17 where the first Nelson County militia met in the Colonial Era. 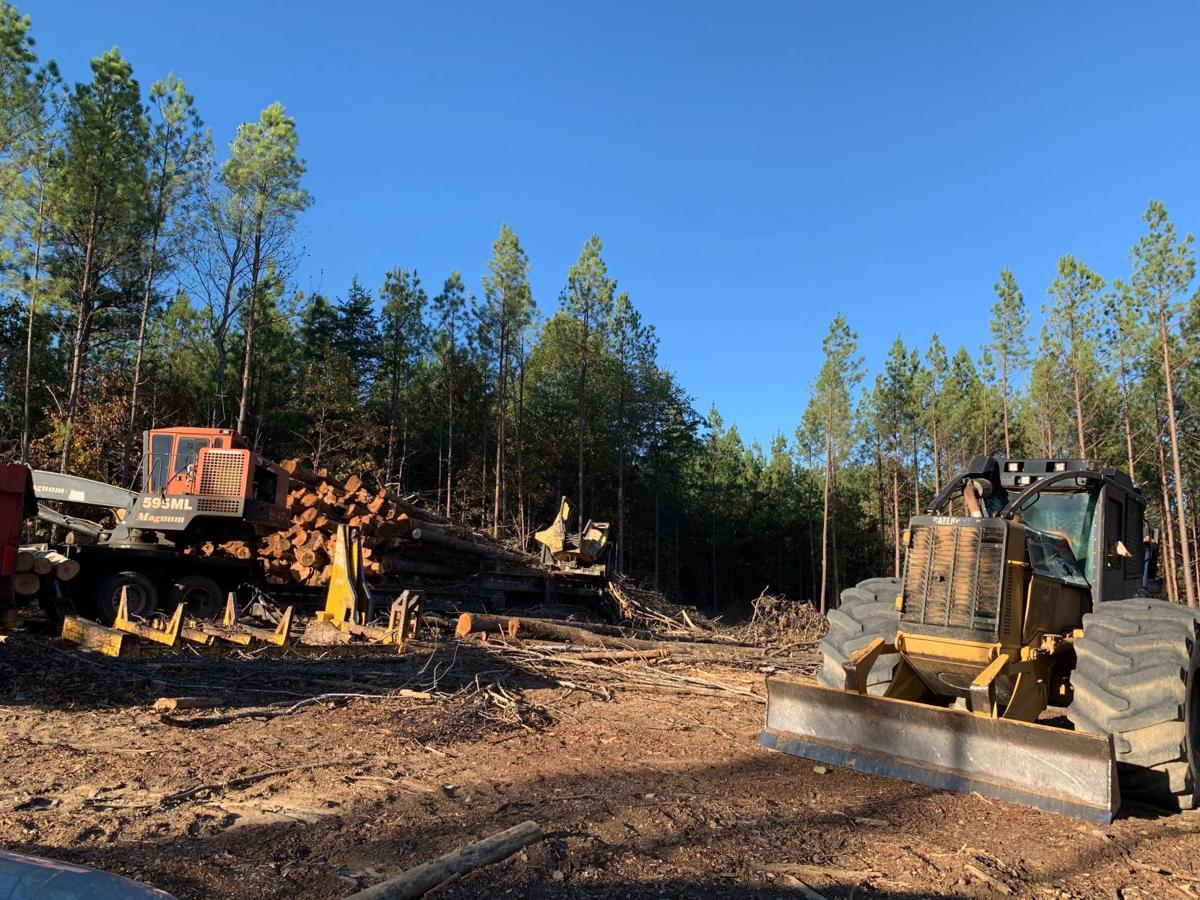 Logging taking place at the future public park and nature preserve on Oct. 17, 2019. 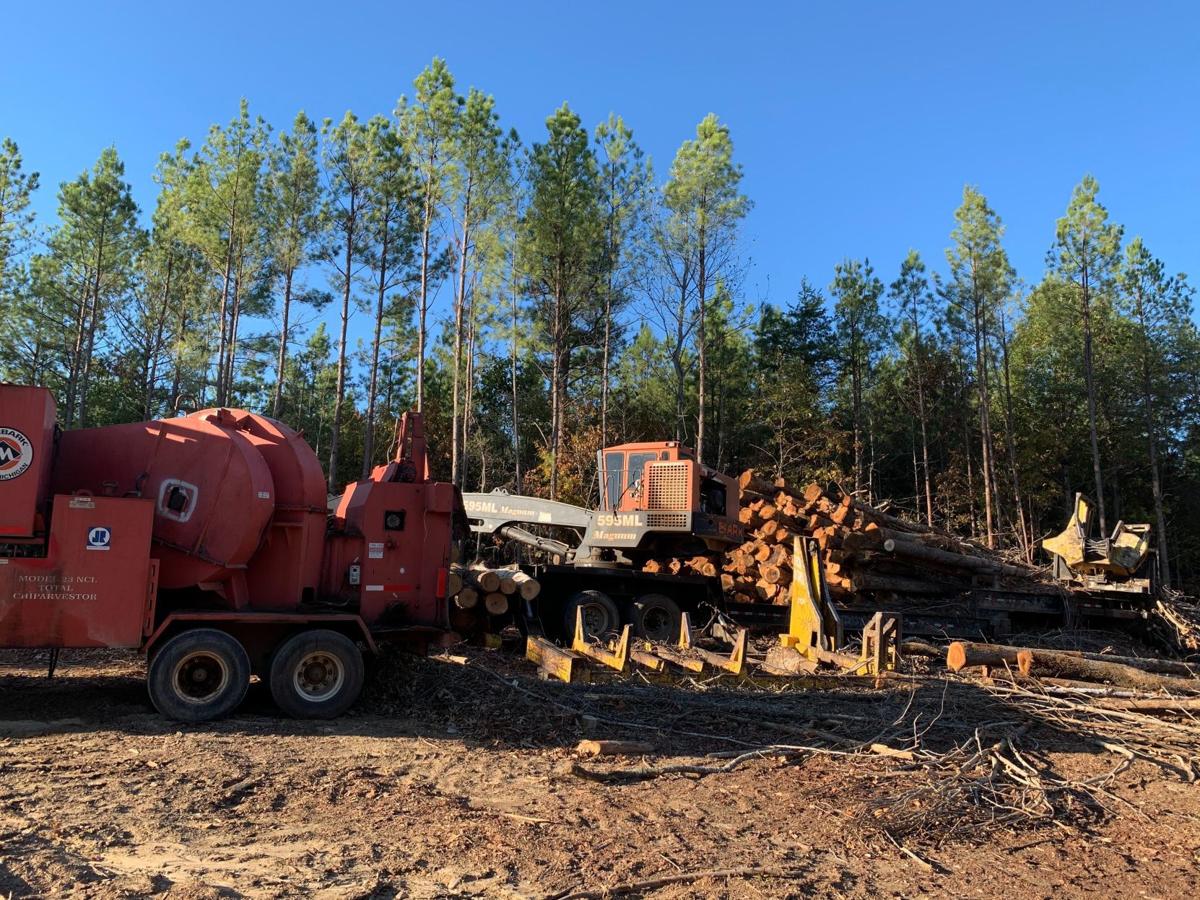 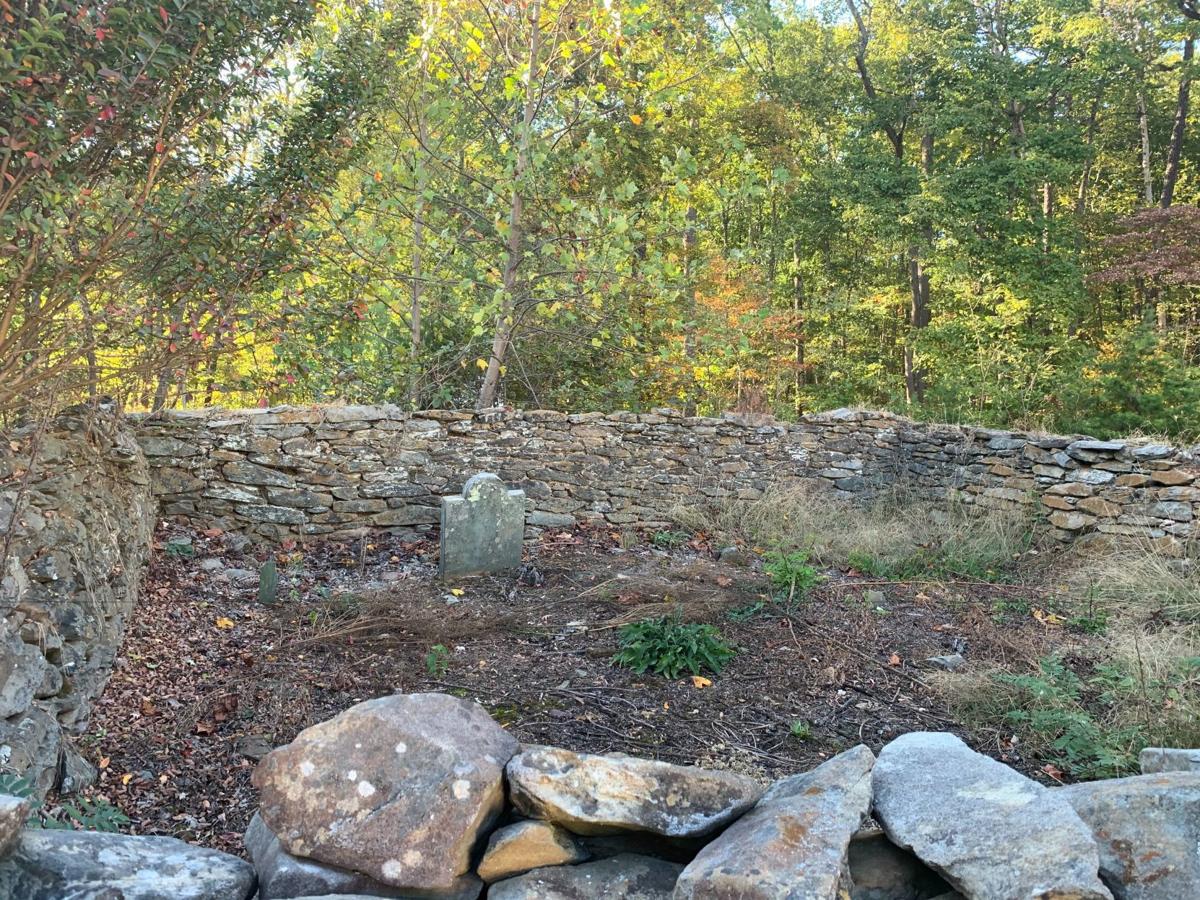 A headstone at the site of the first Nelson County militia at the former Key's Church on Oct. 17, 2019. 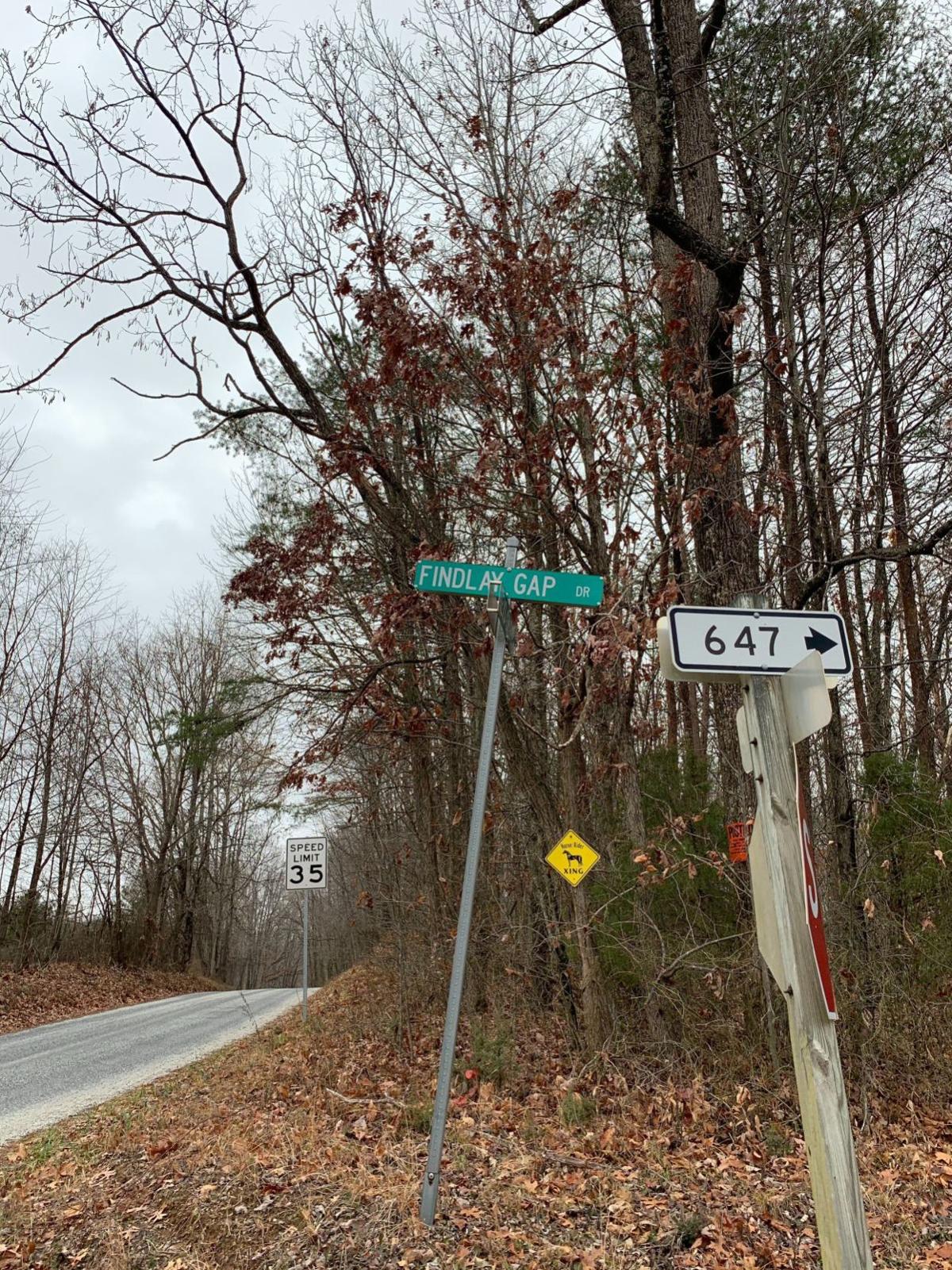 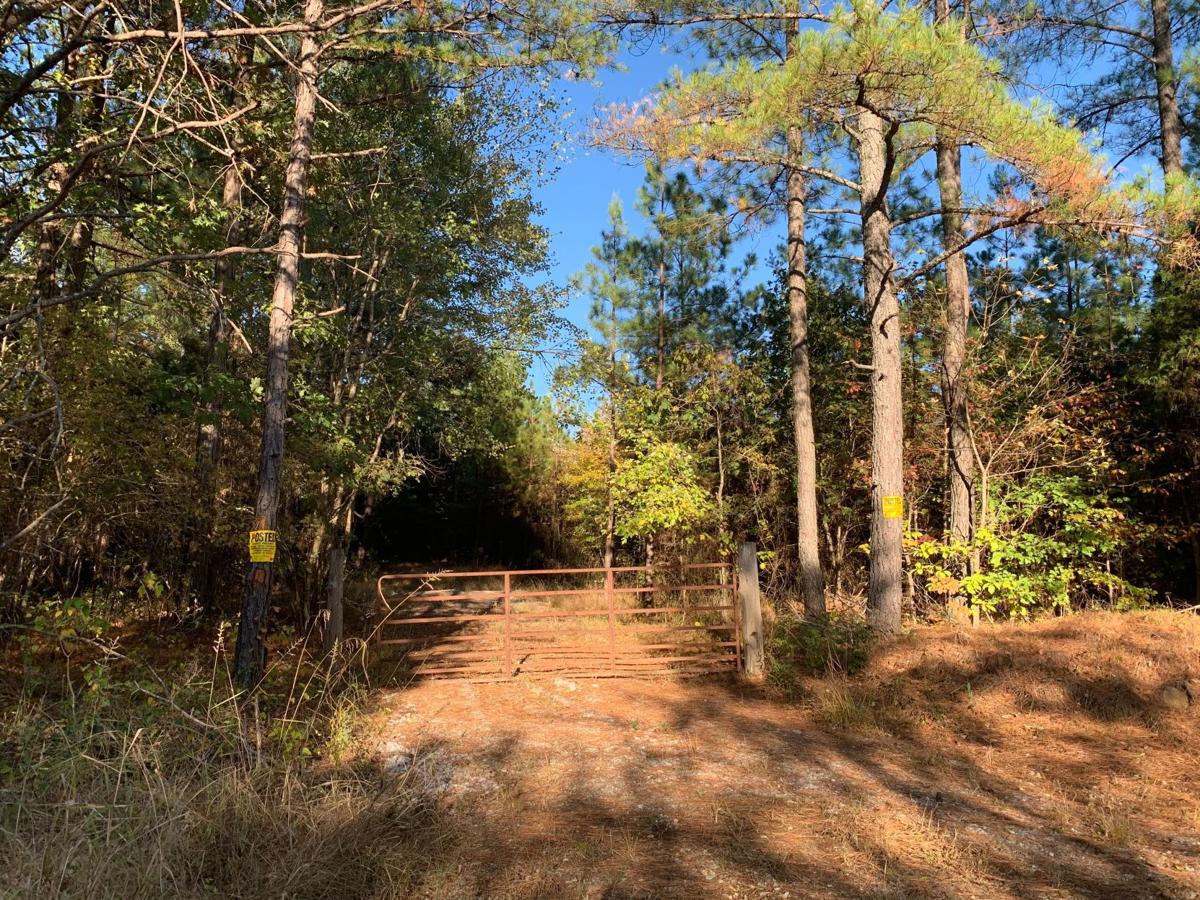 One entrance to the future Sturt Park and Nature Preserve on Oct. 17, 2019. The area is currently private property and not open to the public yet.

Dick Whitehead (left) and Doug Coleman stand near the site of Key’s Church on Oct. 17 where the first Nelson County militia met in the Colonial Era.

Logging taking place at the future public park and nature preserve on Oct. 17, 2019.

A headstone at the site of the first Nelson County militia at the former Key's Church on Oct. 17, 2019.

One entrance to the future Sturt Park and Nature Preserve on Oct. 17, 2019. The area is currently private property and not open to the public yet.

Almost 350 acres in the South District of Nelson County are being transformed into a public park and nature preserve, while maintaining its historic and environmental significance.

In 2013, the late Daniel Webster Sturt deeded a tract of land in Shipman — 341 acres total — to Nelson County, for the purpose of conservation and recreation. Peter Rose, a lifelong resident of the area who knew Sturt for more than 30 years, said it always had been Sturt’s dream to see the land opened to the public, while preserving the natural environment of the area.

“He talked to me about that for years. That was his dream to do that. He was a really good man,” Rose said.

“Right now, we are calling it Sturt Park and Nature Preserve,” Richardson said.

Richardson said they are starting to explore the idea of creating a master plan for the area. The main ideas currently on the table are threefold and include the possibility of nature and ecological research and conservation, and hiking and mountain biking trails. The land is covered with trees right now, but thanks to Rose, Coleman, and J.H. Fitzgerald Logging Company, clearing is being done to make trails. Richardson said the hiking portion will come first.

Coleman, a biologist, began extensive research of the area in 2014 and learned firsthand how significant the area is.

“It’s a little peninsula of Piedmont that juts into Blue Ridge. It has Piedmont ecosystems that exist within the Blue Ridge, which is unique,” Coleman said.

Coleman, with the help of college intern Jessica Heiser and forester Josh Palumbo, determined the area includes more than 200 species of plants and an array of animal life.

Coleman said the land also is unique in that it’s punctuated by a number of seasonal wetlands, called vernal pools. Coleman said at different times of the year they attract many different species from all over the county.

“Probably the highest diversity of amphibians is right there,” Coleman said. Coleman guessed some of the wetlands probably are 1,000 years old or older.

The significance of the soon-to-be park isn’t solely environmental. The property is located at an intersection of at least five colonial crossroads, according to Coleman and Whitehead. It includes the roads that led Thomas Jefferson to Poplar Forest from Monticello when escaping the British in 1781.

The pair were inspired to research Jefferson’s path after reading a book called “Flight from Monticello: Thomas Jefferson at war”” by Michael Kranish. Over the past five years, the two discovered the roads, which includes Findlay Gap Drive and Findlay Mountain Road leading to Sturt Park and Nature Preserve, are roads Jefferson once traveled.

“The roots of the country are right here,” Coleman said.

Driving through the area now, one wouldn’t guess it used to be the hub of life more than 200 years ago. However, crucial families like the Cabells, Roses, Gleasons, and Keys helped to establish a thriving area. When Jefferson came through, Nelson County was still a part of Amherst and the courthouse where Jefferson signed papers was in present day Colleen.

“It had to be one of the most populated areas of Nelson County,” Whitehead said.

Based on research, which included Jefferson’s diaries he kept when traveling through the area, Whitehead and Coleman were able to track what they believe is the exact path Jefferson took to freedom.

The path included traveling over the Rockfish River near present day Howardsville, through present day Colleen, along the west side of now-U.S. 29, and through what now is Shipman. Documentation Jefferson kept shows he stopped at what is called an “ordinary” or a public house for food and rest owned by a man named Abraham Warick. Whitehead and Coleman guessed the public house was located on property where a residential home now sits on one of the roads leading to the Sturt’s 341 acres.

“When I’m driving down this road, I can put myself in history. I can just imagine it,” Coleman said as he drove down the gravel road to the entrance of the future public land.

The road is flat, very narrow, and surrounded by high walls of land on both sides, which is a trademark of Colonial Era roads, according to Coleman and Whitehead.

“I lived there all my life until I was 22. Until I met Doug, that’s when I started finding out about the history,” Rose said.

Much of Jefferson’s route through Nelson can be traveled today because it’s on public roads. A small portion of it goes through private property, which is off limits to the public. Coleman said Jefferson was on his way to Poplar Forest because the British had yet to make a connection between him and the land. At the time, only an overseer’s house was on the property.

For Richardson and the others, it’s important for the public to understand the environmental significance and history of the area while planning its future.

“It’s a forgotten piece. Cultural and natural history are important and intertwined. If we don’t do a good job with this and get it right we could lose this stuff,” Coleman said.

The date for the completion of the public area is still up in the air and Richardson said the concept of what they want the 300 plus acres to be still is in the works.

What were you thinking??? Mountain biking and trail-building destroy wildlife habitat! Mountain biking is environmentally, socially, and medically destructive! There is no good reason to allow bicycles on any unpaved trail!

Bicycles should not be allowed in any natural area. They are inanimate objects and have no rights. There is also no right to mountain bike. That was settled in federal court in 1996.