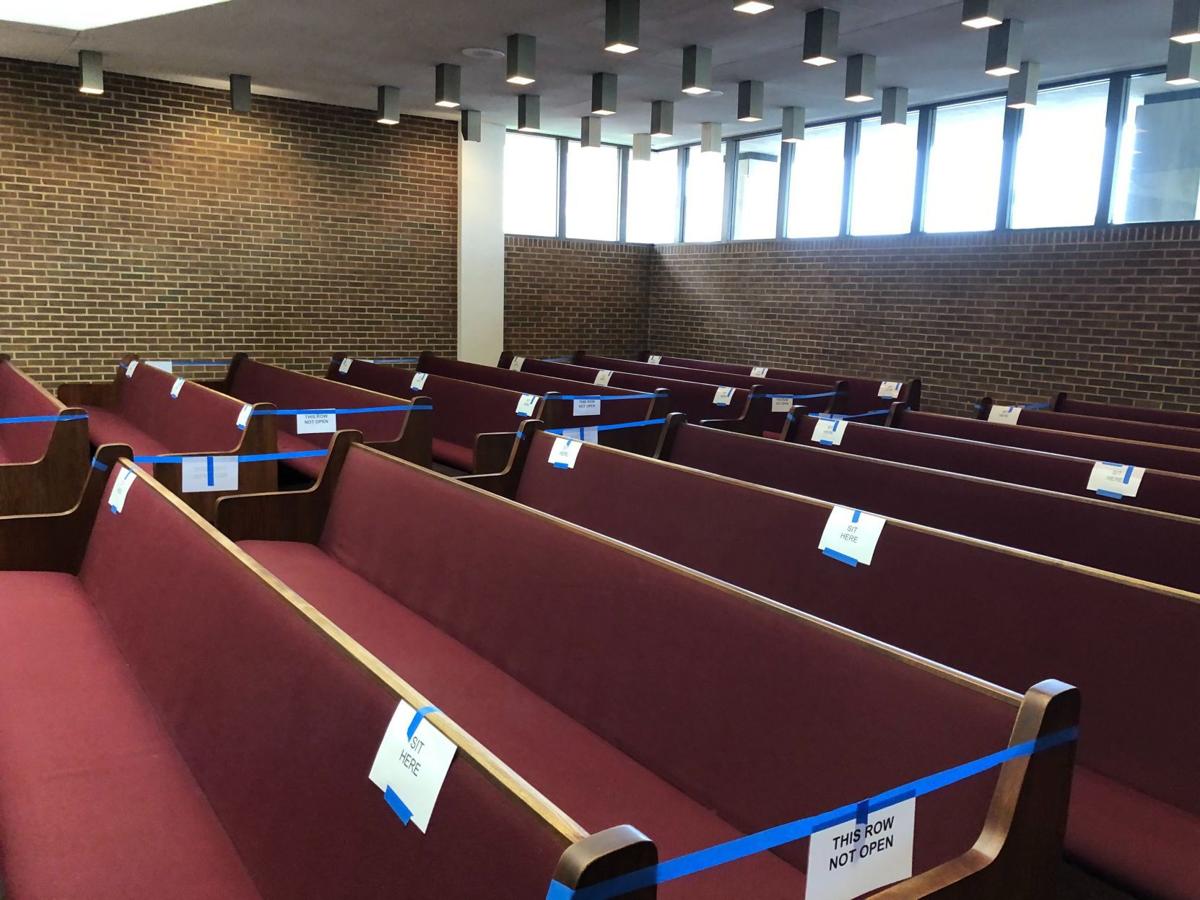 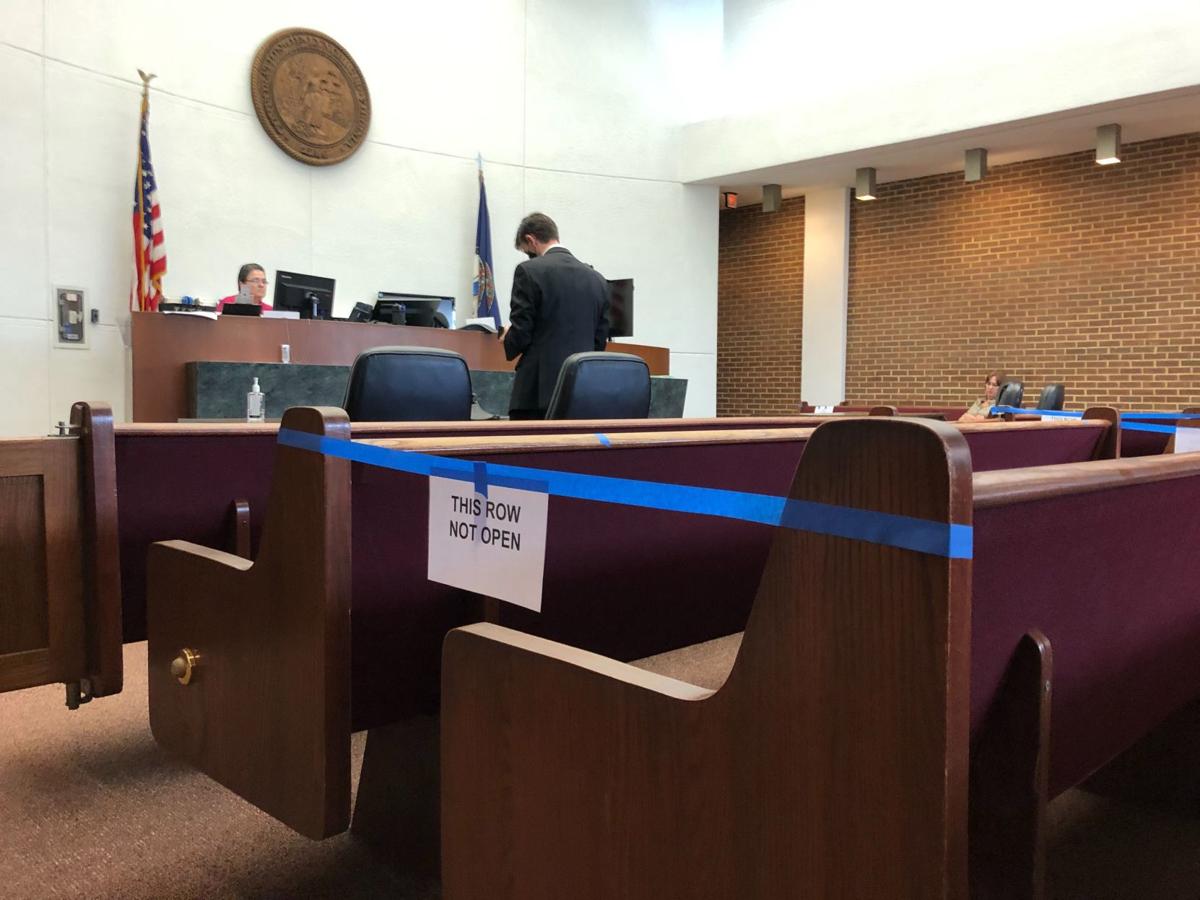 Three dozen Lynchburg households were ordered to vacate their homes Monday as eviction hearings resumed for the first time since the coronavirus pandemic forced courts to cancel routine business.

Courthouses across Virginia have largely been closed to the public for much of the last two months because of the health threat. But on Friday a statewide order suspending non-emergency proceedings expired, paving the way for a backlog of eviction lawsuits to move forward this week.

Over the course of Monday morning and afternoon, Lynchburg General District Court Chief Judge Sam Eggleston III heard 90 eviction lawsuits — the most of any court in Virginia, according to a review of online court records.

The vast majority of the cases were dismissed or postponed to a later date. But Eggleston ruled in favor of landlords and their representatives in 36 cases.

Tenant advocates tried desperately to put a stop to the day’s eviction hearings to no avail.

Both the Virginia Legal Aid Society and the Virginia Poverty Law Center asked the Virginia Supreme Court on Friday night to delay the resumption of eviction hearings, arguing local courts had not given enough notice about the proceedings and that evicted tenants could face severe health risks. Despite the plea, the state’s high court took no action.

“In the face of the Governor’s stay in place order that is in effect until June 10th, tenants will be forced to violate that order and seek alternative housing, go fill out applications, view properties and put them and their families at heightened risk,” David Neumeyer, the executive director of Virginia Legal Aid Society, said in a statement. “It will produce the exact opposite of the purpose of the stay at home order for those who will no longer have a home.”

Eggleston, who signed a local order Friday ordering non-emergency cases in the Lynchburg region to resume, said he believed the court had taken the necessary safety precautions ahead of Monday’s hearings.

Under the order issued by Eggleston, courthouse visitors were required to undergo temperature checks and answer general health questions before entering the building. They also were required to maintain 6 feet of distance from others and sit in marked areas in the courtroom gallery.

Masks were recommended but not mandated and only about a third of the more than 170 people who visited the courthouse could be seen wearing the protective coverings.

“What people expect when they come to court is a resolution of their problem and that’s what we’re trying to do,” Eggleston said. “We’re trying to do business and be as careful as we can about it. We hope somebody doesn’t come in here and give somebody else a case of COVID.”

Though the sweeping statewide order halting evictions has expired, there are still pandemic-related protections in place for certain tenants. For example, residents who have lost their income as a result of the virus can request a delay in an eviction hearing, as one tenant learned Monday.

Tenants who live in federally subsidized housing or in a property with a federally backed mortgage also are protected from eviction through mid-summer as part of the Coronavirus Aid, Relief, and Economic Security Act, or CARES Act.

That aspect of the still relatively new federal relief law came as a surprise to the representatives of The Meadows, an apartment complex off Langhorne Road, who were forced to watch Eggleston dismiss two eviction lawsuits filed against tenants with federally provided housing vouchers.

J.D. Fairchild, a lawyer for The Meadows, said he understood the challenges facing renters but argued the current tenant protections put an unfair burden on landlords.

“The reason that my clients are here is because they have bills and they have a mortgage,” Fairchild said. “People have a duty to take care of themselves and part of taking care of yourself is paying your rent. Landlords are just as at risk of losing what they have as tenants are.”

Even before the pandemic, the problem of evictions was especially acute in Lynchburg.

Renters in the Hill City are threatened with eviction at rates more than three and a half times higher than the national average, according to an analysis of court records conducted last year by the Virginia Legal Aid Society.

In 2016 alone, more than 1,200 families — nearly 9% of the city’s renting population — faced the prospect of losing their homes.

Eviction hearings will continue to move forward this week. On Wednesday, the court is scheduled to hear another 42 lawsuits.

Three households threatened with eviction every day in Lynchburg

An average of three families are threatened with eviction every day in Lynchburg, making it among the worst in the country for a city of its s…