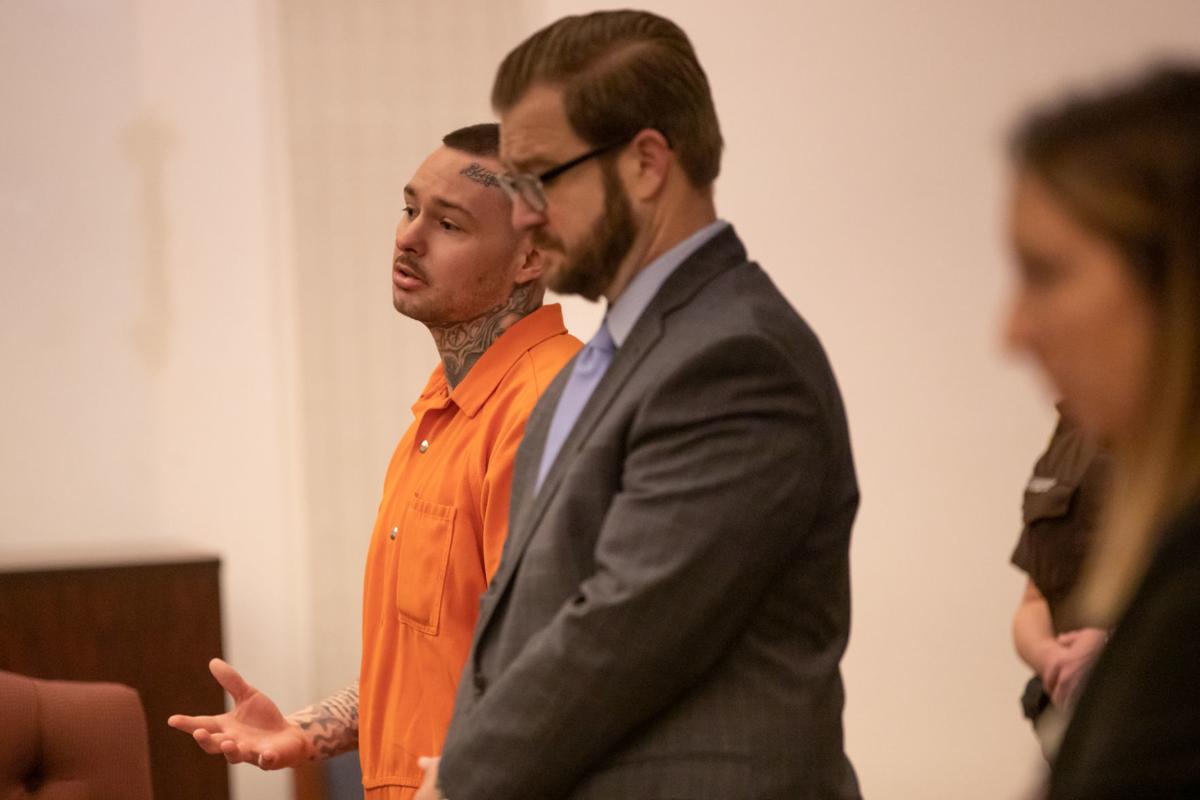 Trevor McIntosh apologizes to the family of Aaron Brumfield on Tuesday, Jan. 28, 2020 in Bedford Circuit Court before he is sentenced for his involvement in Brumfield’s fall 2018 death. 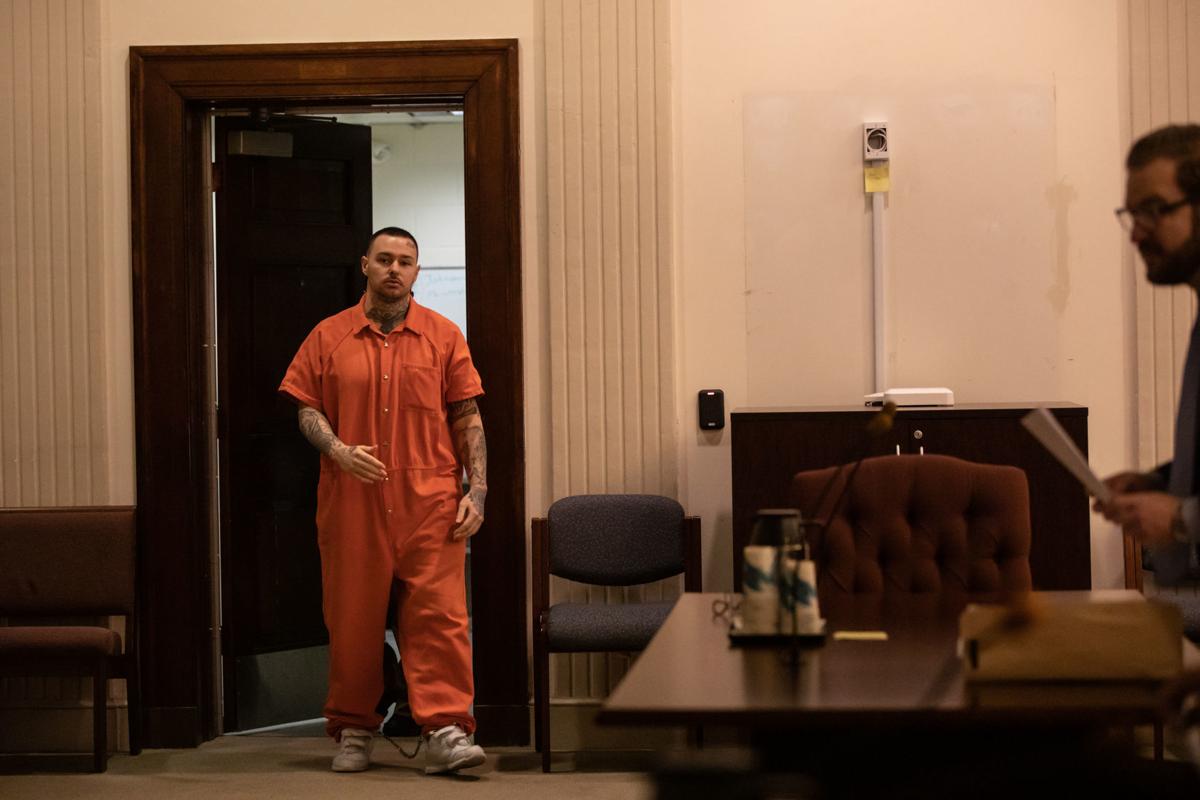 Trevor McIntosh enters the Bedford circuit courtroom on Tuesday, Jan. 28, 2020 before he pleads guilty to murder for his involvement in Aaron Brumfield’s death in fall 2018. 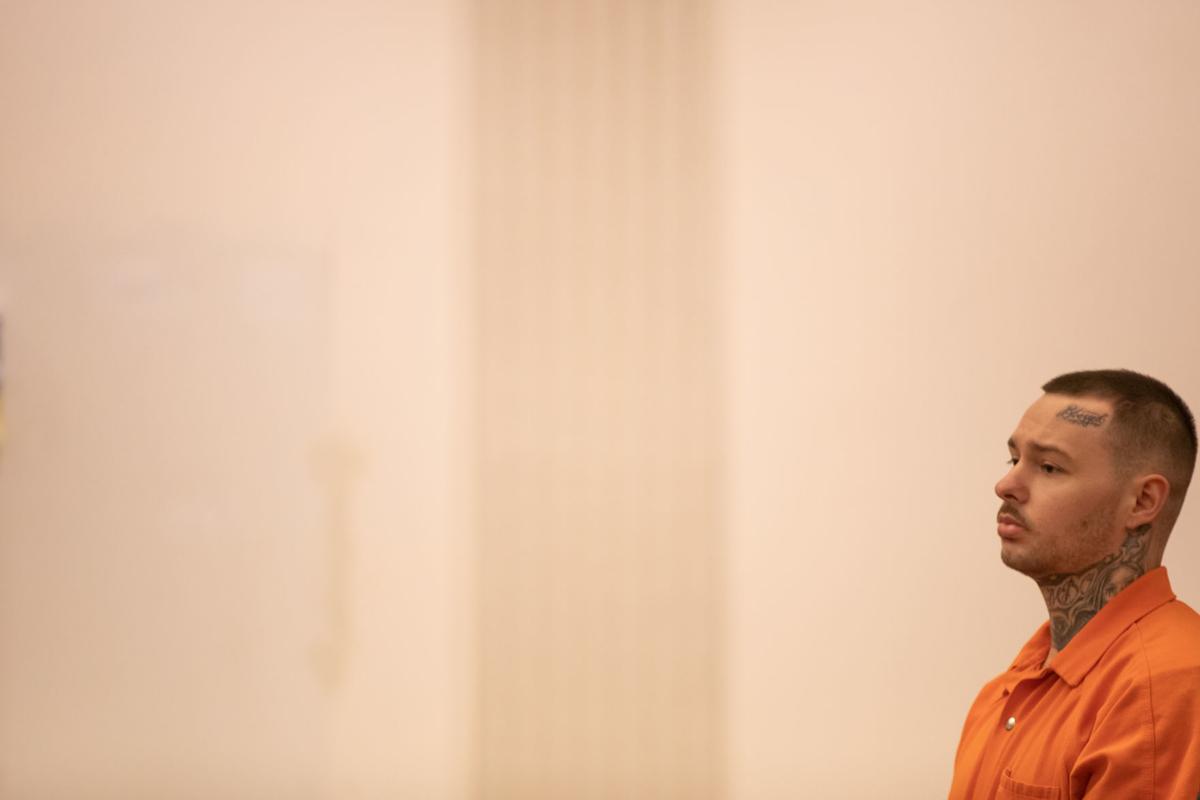 Trevor McIntosh pleads guilty to murder on Tuesday, Jan. 28, 2020 in Bedford Circuit Court for his involvement in Aaron Brumfield’s death in fall 2018. 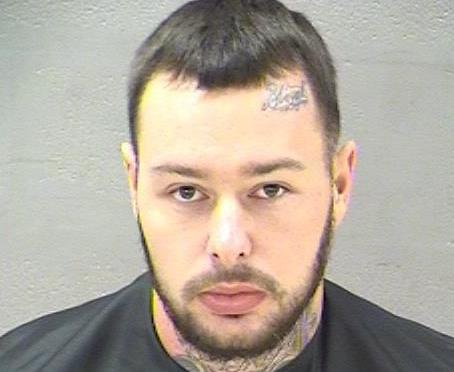 Trevor McIntosh apologizes to the family of Aaron Brumfield on Tuesday, Jan. 28, 2020 in Bedford Circuit Court before he is sentenced for his involvement in Brumfield’s fall 2018 death.

Trevor McIntosh enters the Bedford circuit courtroom on Tuesday, Jan. 28, 2020 before he pleads guilty to murder for his involvement in Aaron Brumfield’s death in fall 2018.

Trevor McIntosh pleads guilty to murder on Tuesday, Jan. 28, 2020 in Bedford Circuit Court for his involvement in Aaron Brumfield’s death in fall 2018.

BEDFORD — A Lynchburg man was sentenced Tuesday to 48 years in prison after pleading guilty to murder from a 2018 shooting.

Trevor James McIntosh, 25, is the first of four co-defendants charged in the death of Aaron Brumfield to close his case. He pleaded guilty to first- degree murder, robbery and possessing a firearm as a violent convicted felon as part of a plea deal. Three charges of using a firearm in a felony — which would’ve added a substantial amount of mandatory minimum time — and an armed burglary charge were dropped in the deal.

Bedford Deputy Commonwealth’s Attorney Stacey Stickney said McIntosh and the others planned to rob Brumfield, 22, of marijuana the night of Sept. 7, 2018. Brumfield, she said in her proffer of evidence, sold small amounts of marijuana to his friends, but McIntosh told the court before sentencing he didn’t know Brumfield.

While driving to the River Oak Drive house where Brumfield and his roommate lived, Stickney said McIntosh mentioned buying weed from Brumfield without paying for it.

He and his two male co-defendants, Robert Du’rille Goodman and Tevante Deshawn Pannell, donned masks and carried guns up to the residence while Nadia La-Sha McDaniel stayed in a car outside, Stickney said.

The men tried to open different windows of the house and McIntosh discovered the kitchen window to be unlocked, Stickney said. He knocked a trinket to the floor while climbing in, alerting Brumfield’s roommate and bringing him to the kitchen to see what was going on. McIntosh and the others retreated into the treeline outside to wait it out, and Brumfield’s roommate eventually returned to his room.

When McIntosh and the others successfully broke into the house, Stickney said they headed to the lit room, having misidentified the roommate as Brumfield himself. When they burst into his room with guns demanding weed and money, the roommate repeatedly said he didn’t know what they were talking about.

Stickney presented evidence McIntosh and one of his co-defendants, whom she didn’t identify by name, both shot at the door to Brumfield’s bedroom. Cartridge casings found at the scene indicated multiple shots of different calibers were fired, and Brumfield ended up dying at the scene from two gunshot wounds to the chest and right forearm.

One intruder left a shoe at the house, Stickney said, which helped investigators find out who was responsible.

Matthew Pack, McIntosh’s defense attorney, said his client never intended for anyone to be hurt or killed that night.

Voice wavering, McIntosh apologized for the shooting and asked for forgiveness.

Following the plea, Stickney called the shooting a “very tragic event” that involved two victims — Brumfield and his roommate, who was present in court Tuesday. She said the plea was merely the first step in ensuring accountability for what happened.

Photos from the courtroom: Lynchburg man sentenced to 48 years in 2018 murder

A Lynchburg man charged with murder from a September 2018 shooting was sentenced Tuesday to 48 years in prison.