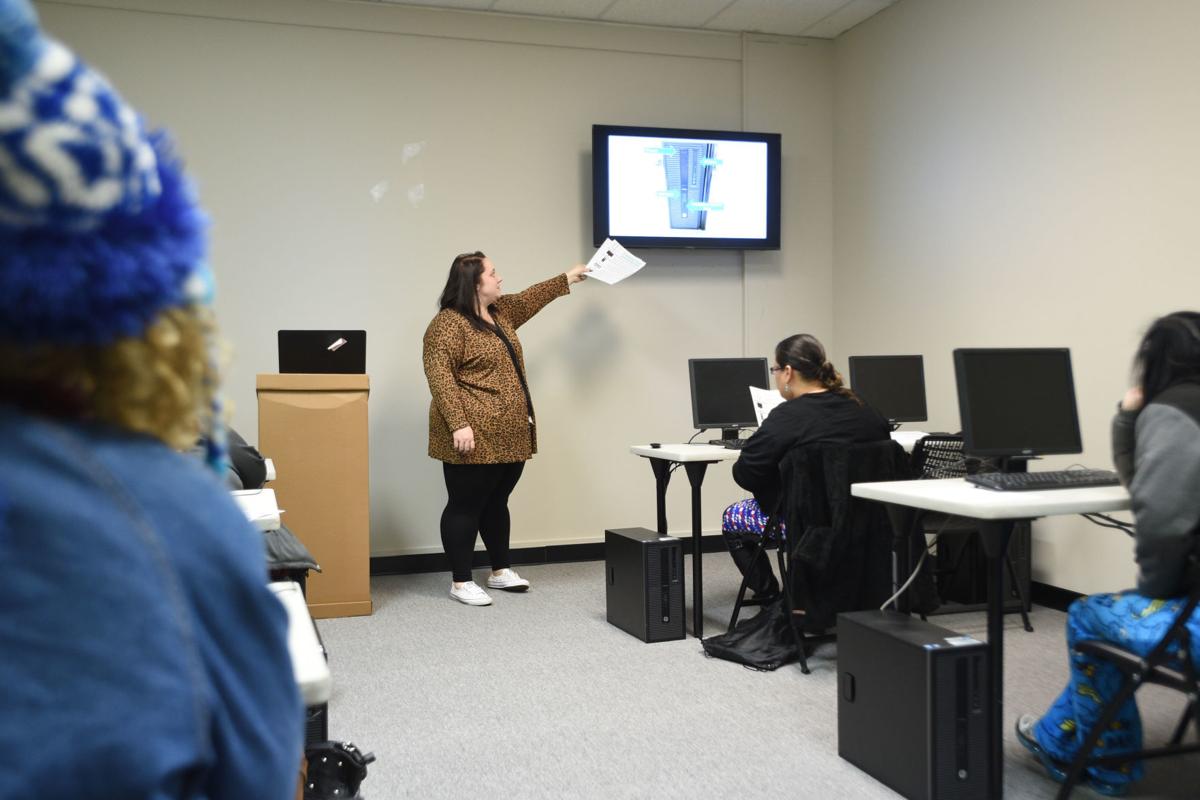 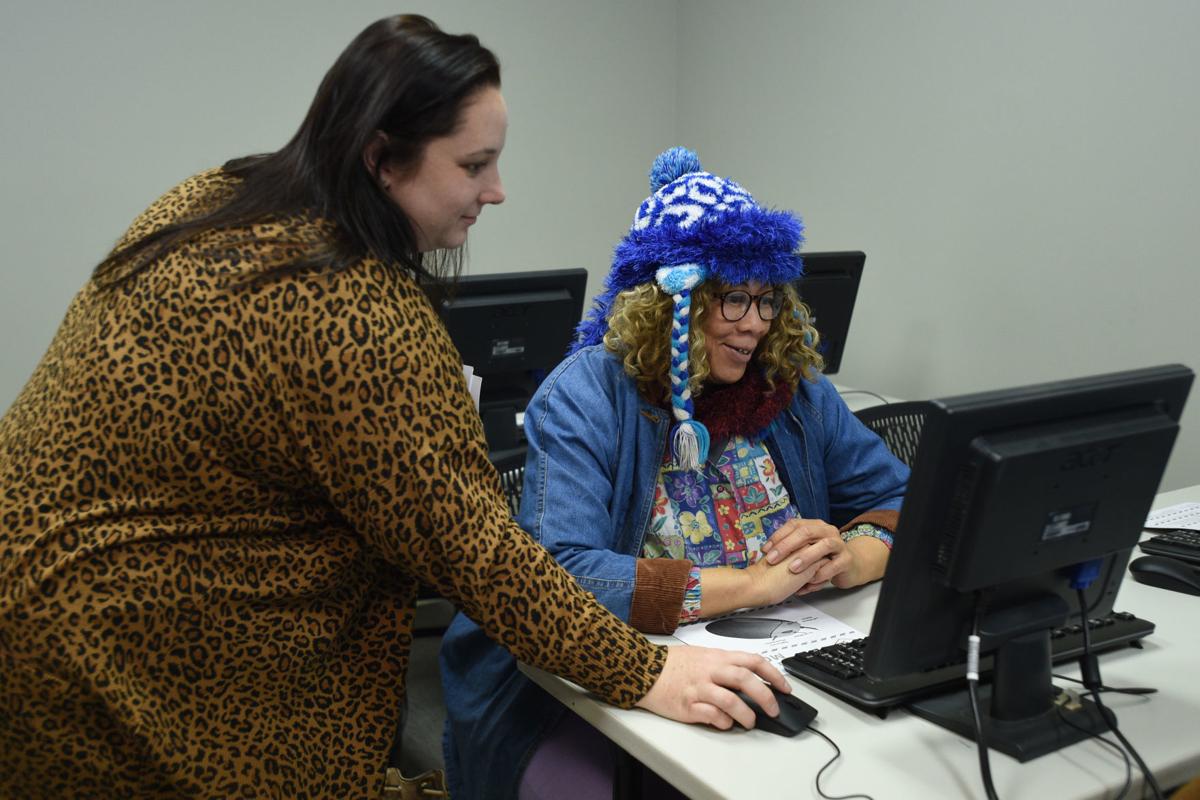 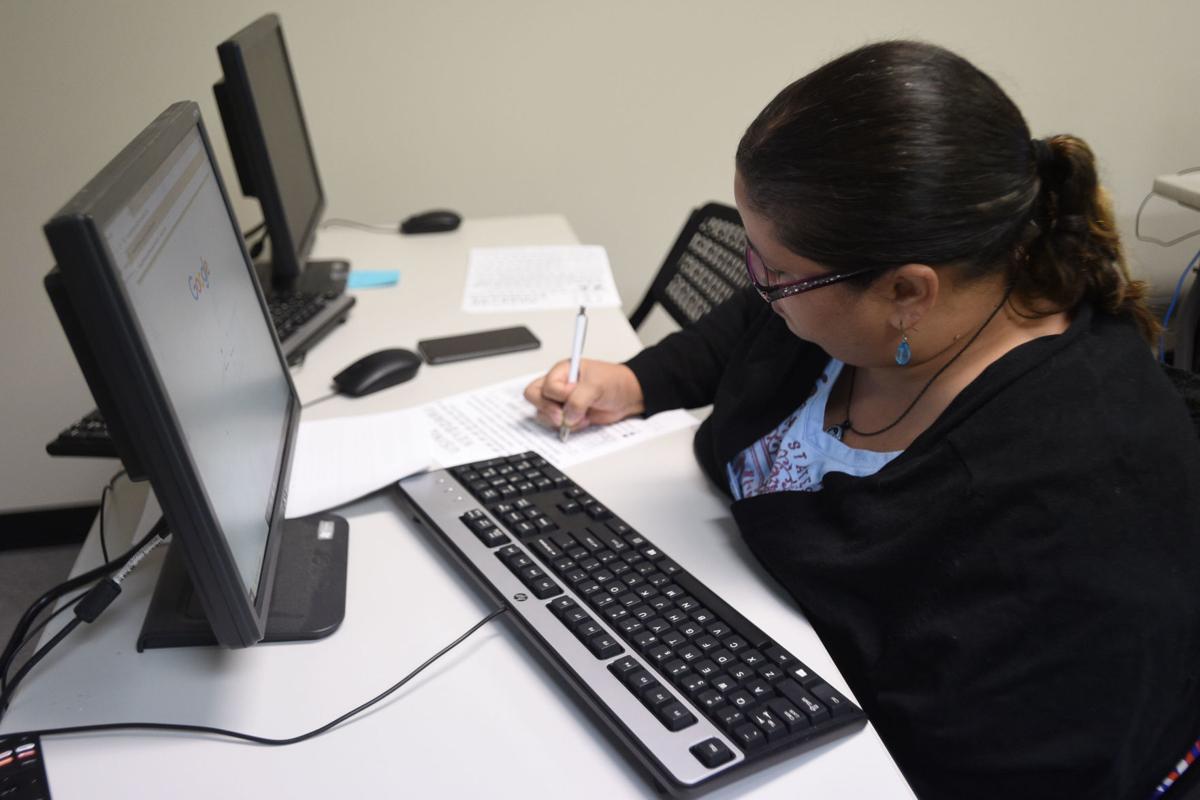 Susie Montanez, of Lynchburg, fills out a sheet at a computer class at the Park View Life Skills Institute in Lynchburg on January 10, 2020. 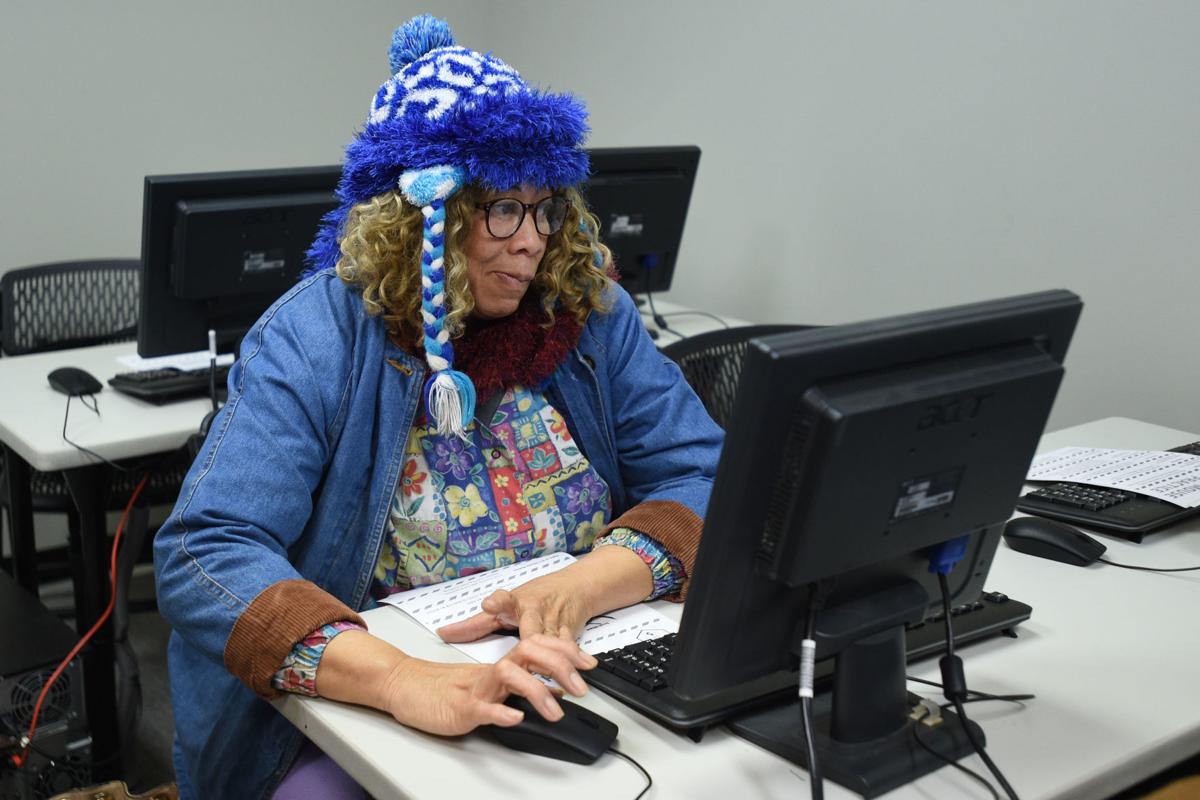 Mattie Davis, of Lynchburg, uses a mouse during a computer class at the Park View Life Skills Institute in Lynchburg on January 10, 2020. 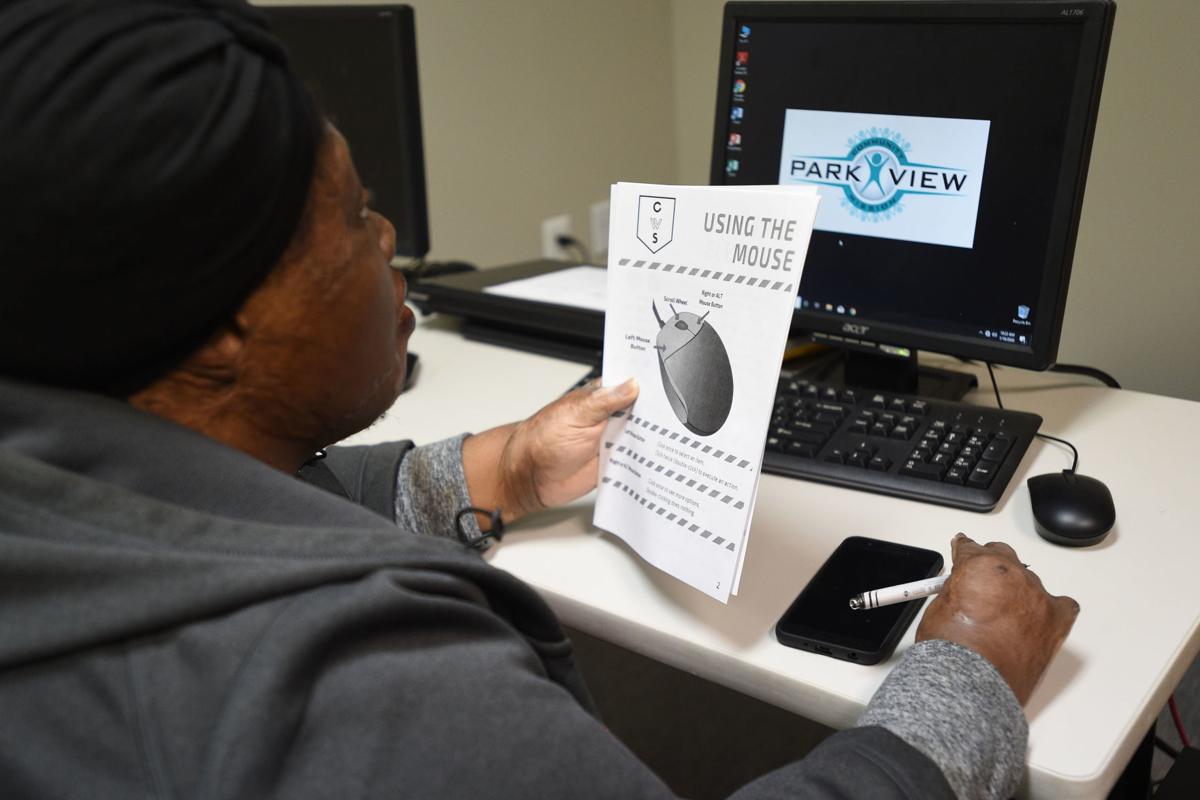 Livia Porter, of Lynchburg, reviews an information sheet about computer mice during a computer class at the Park View Life Skills Institute in Lynchburg on January 10, 2020.

Susie Montanez, of Lynchburg, fills out a sheet at a computer class at the Park View Life Skills Institute in Lynchburg on January 10, 2020.

Mattie Davis, of Lynchburg, uses a mouse during a computer class at the Park View Life Skills Institute in Lynchburg on January 10, 2020.

Livia Porter, of Lynchburg, reviews an information sheet about computer mice during a computer class at the Park View Life Skills Institute in Lynchburg on January 10, 2020.

For some in Lynchburg, learning computer skills can seem as foreign as learning a second language. This lack of knowledge can present a barrier to many who are looking for a career or who want to advance their personal goals.

To address this disparity, the Life Skills Institute (LSI) began the first class in a free nine-part series Friday teaching everything from the functions of a mouse and keyboard to using the internet, sending emails and computer safety.

LSI is the newest program under the umbrella of Lynchburg nonprofit Park View Community Mission, which is lead by coordinator Rachel Koester. Koester said LSI operates with the goal of giving community members the skills necessary to get where they want to be in life.

“We focus on the life skills that people need to get to where they want to go. For some that’s a career … for some of them it’s education … Some of them just want to keep a roof over their head. So wherever their personal goal is, is where we’re going to take them,” said Koester, who also is responsible for teaching the weekly classes.

LSI is based in The Plaza shopping center and is funded through both private donors and donations through the community. It also offers a Home Essentials class, funded through the city of Lynchburg; the Go Beyond Program, which features lessons on finances and basic math, funded through a partnership with First National Bank; a sewing class; a nutrition class, sponsored through the Virginia Cooperative Extension; and an independent Bible study.

The lab itself features 14 computer stations donated by Liberty University and set up through Digital One Technology. Koester said a half dozen were starting with the basics to ensure everybody was on the same page moving forward.

“The people we serve live very different lives than many of us. I can try to sit there and say, ‘I know what you need to know’, but that may not be what they need to know. Everyone is at a different point,” she said.

Lynchburg resident Susie Montanez enjoyed being able to start at the very beginning and is looking forward to continuing with the other eight classes.

“I finally know some things that I didn’t know so I’m ecstatic about that. I’m ready to keep on going,” Montanez said. “[Koester] actually explained it little by little and … I understood everything.”

The smaller class size allowed Koester to work with students one on one when they worked to understand how to properly use their mouse, navigate the keyboard or with other general questions they had. Class participant Mabem Porter appreciated the more intimate setting, an advantage she hasn’t had in other classes.

“One time I went to one at the library, but it was so many people there that I was just sitting there with no one helping me,” she said. “But with this class I’m getting a little bit more knowledgeable than I did at the library.”

But teaching computer skills is not the only benefit to be had for participants. As they move forward with their lessons, Koester said LSI will provide each student with an Office 365 account so they can “have that added connection ability with jobs and employers.”

Through their Office 365 accounts — which students will learn to use in the coming weeks — students will have access to free, customized email accounts as well as access to Word, Excel, Powerpoint, Outlook or any other Microsoft product.

The idea for a computer class was suggested by members of the community, according to Koester. She said a computer skills class has been one of LSI’s most requested.

“We always ask people, what do you want to learn? And nine times out of 10 they all say ‘computer,’” she said.

Montanez said this class is more than just a means to learn computer skills; it is a vital resource to help her find employment so she can better take care of her 1-year-old granddaughter.

“... I am so thankful that this program is here, and it’s free, too, which is even better. It can’t get any better than that and I think it’s a good advantage that people need to take. I know I’m one and I’m blessed that these classes are here for us.”

While registration for the current nine-week session has closed, Koester has started a wait list for others who are interested. She also said LSI can begin a second nine-week session or an individual class if there is enough feedback and interest from the community. She explained they are looking to have enough participants and volunteers.

“It would be great to have individuals who really have a heart for this work just to sit with them and show them,” she said.

If you would like to be put on the waitlist for future classes or to volunteer, contact Life Skills Institute Coordinator Rachel Koester at (434) 845-8468 ext. 800 or email LSI@parkviewmission.org.